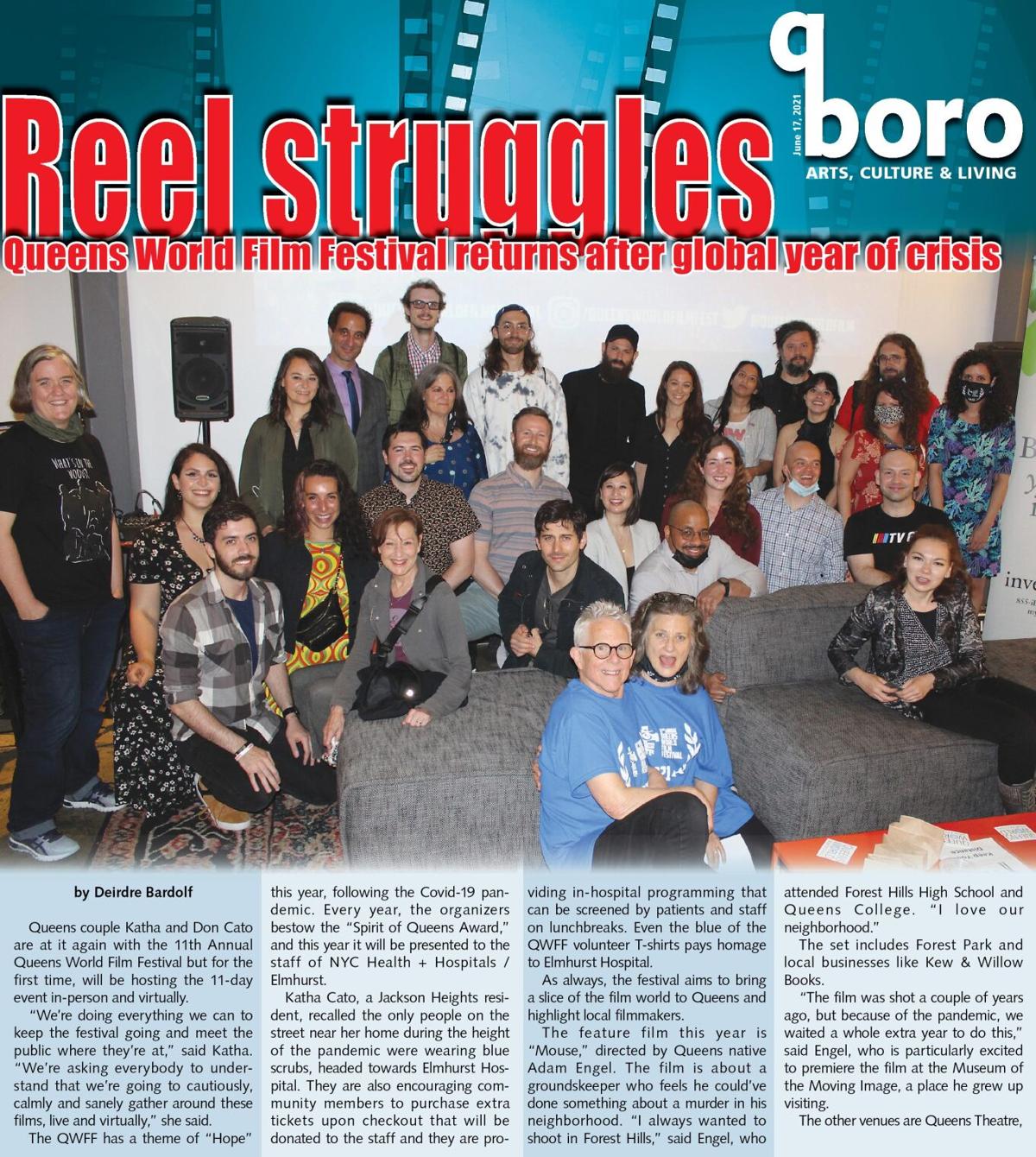 Filmmakers from all over celebrate with QWFF organizers Don and Katha Cato, in blue. 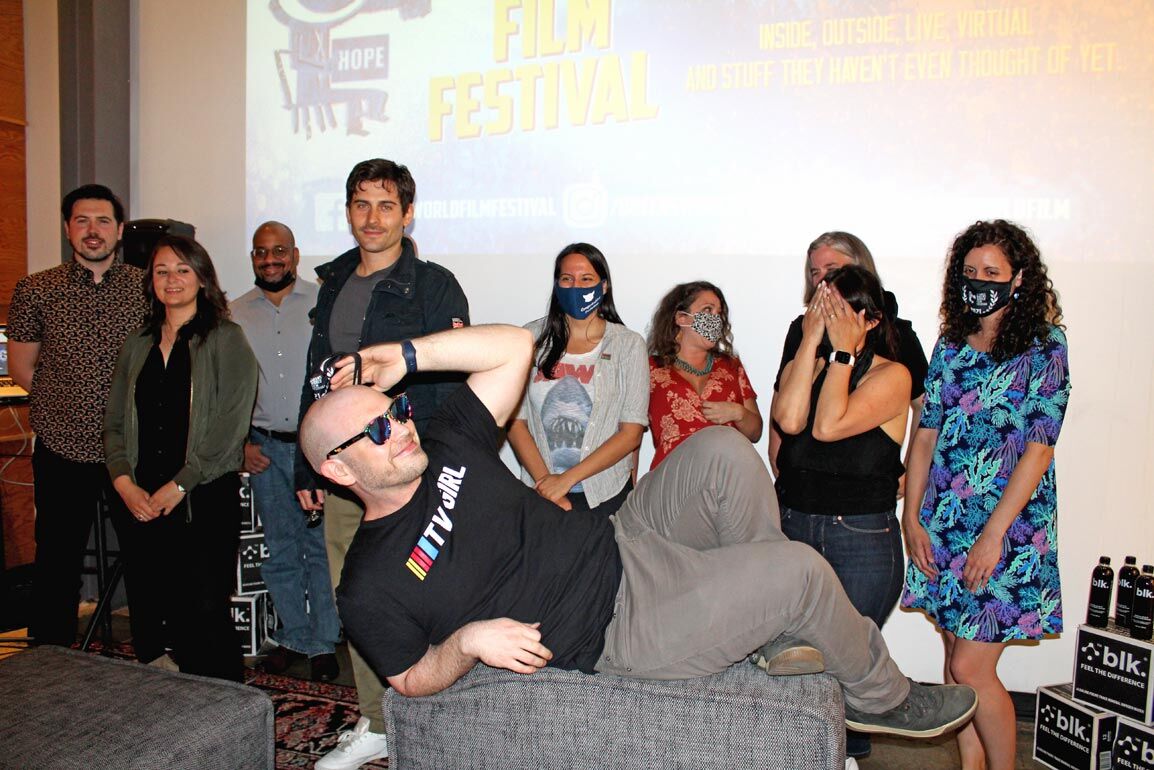 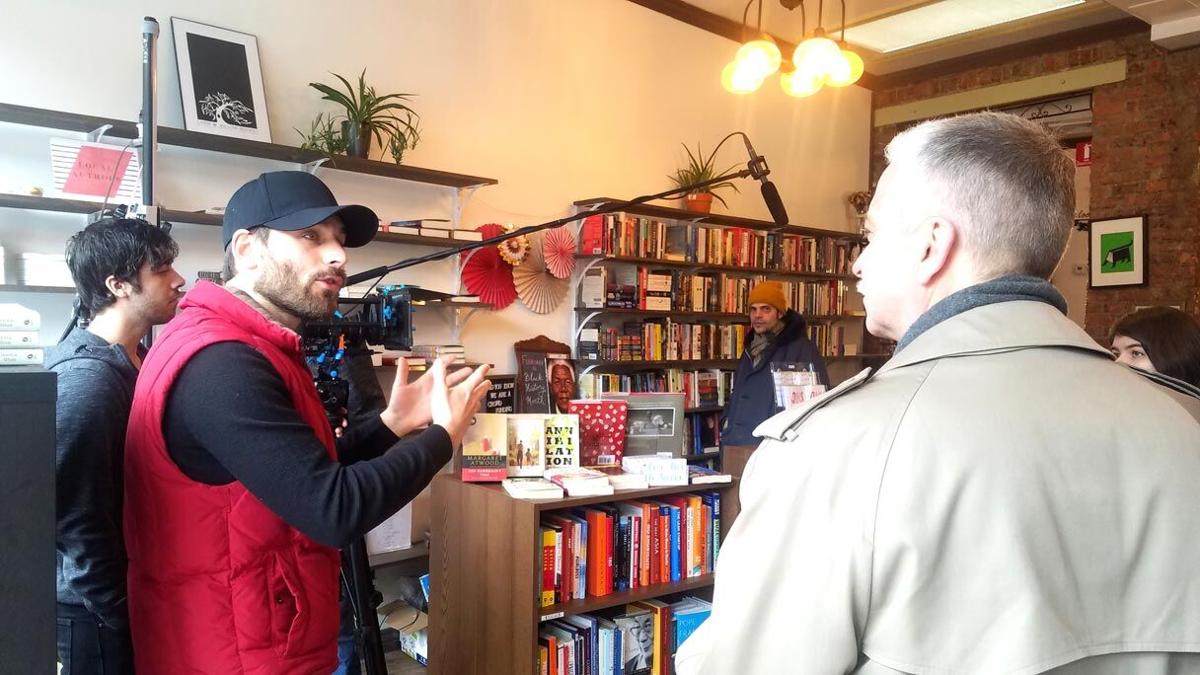 Filmmakers from all over celebrate with QWFF organizers Don and Katha Cato, in blue.

Queens couple Katha and Don Cato are at it again with the 11th Annual Queens World Film Festival but for the first time, will be hosting the 11-day event in-person and virtually.

“We’re doing everything we can to keep the festival going and meet the public where they’re at,” said Katha. “We’re asking everybody to understand that we’re going to cautiously, calmly and sanely gather around these films, live and virtually,” she said.

The QWFF has a theme of “Hope” this year, following the COVID-19 pandemic. Every year, the organizers bestow the “Spirit of Queens Award,” and this year it will be presented to the staff of NYC Health + Hospitals / Elmhurst.

Katha Cato, a Jackson Heights resident, recalled the only people on the street near her home during the height of the pandemic were wearing blue scrubs, headed towards Elmhurst Hospital. They are also encouraging community members to purchase extra tickets upon checkout that will be donated to the staff and they are providing in-hospital programming that can be screened by patients and staff on lunchbreaks. Even the blue of the QWFF volunteer T-shirts pays homage to Elmhurst Hospital.

As always, the festival aims to bring a slice of the film world to Queens and highlight local filmmakers.

The feature film this year is “Mouse,” directed by Queens native Adam Engel. The film is about a groundskeeper who feels he could’ve done something about a murder in his neighborhood. “I always wanted to shoot in Forest Hills,” said Engel, who attended Forest Hills High School and Queens College. “I love our neighborhood.”

“The film was shot a couple of years ago, but because of the pandemic, we waited a whole extra year to do this,” said Engel, who is particularly excited to premiere the film at the Museum of the Moving Image, a place he grew up visiting.

The other venues are Queens Theatre, where the festival will be the first in-person event since reopening, The Local in Astoria, the United Sherpa Association in Jackson Heights and outdoors at Culture Lab LIC.

“We’re Queens filmmakers and it feels really special to have this, our first in-person event, happen here,” said horror film “What’s in the Woods?” director Michel Dominguez Beddome, during the trailer party at The Local last Friday.

While looking for a festival to submit his film “b l u s h” in, Astoria filmmaker Ryan Rivard said it was appealing to find a community in Queens. “Brooklyn is where all that stuff is happening, but I think Queens has so much potential to be on that level, too,” said Rivard.

“We’re finally getting back to showing all the work we’ve done, the years of effort that we put into it,” said “b l u s h” producer, Ali Read.

In total, 198 films from 33 nations will be featured beginning June 23, including ones from Nepal, Iran and Vietnam; 42 percent of them are by women.

“These are truly independent films, and these are very personal stories,” said Katha.

“All in My Power” was written and directed by Chandler Clarke and highlights the experiences of healthcare professionals during the pandemic.

“Her Hotel,” a musical from playwright Rebecca Lee Lerman, was intended to be performed at a theater but was live-streamed using Zoom, pre-recorded music video and visual FX to create a film version, due to the pandemic.

“I think the Queens World Film Festival really sings praises of unconventional work and I’m really honored to be a part of that,” said Lerman.

More info can be found on the QWFF website.

This article has been updated to clarify how one film was created, and to remove an extraneous word mistakenly used in one quote.