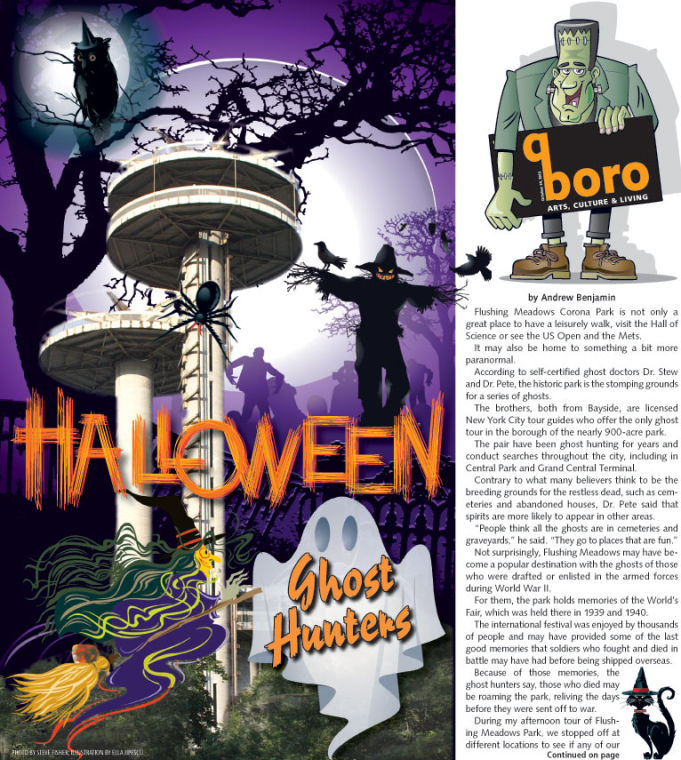 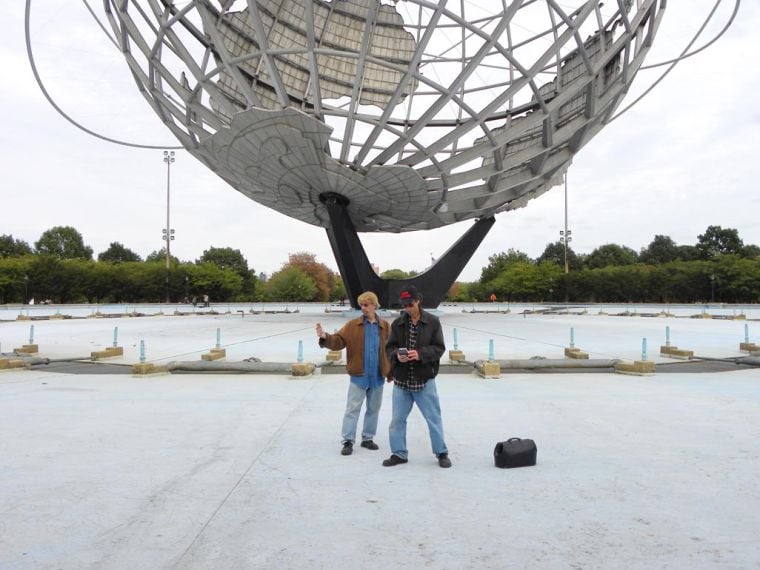 Flushing Meadows Corona Park is not only a great place to have a leisurely walk, visit the Hall of Science or see the US Open and the Mets.

It also may be home to something a bit more paranormal.

According to self-certified ghost doctors Dr. Stew and Dr. Pete, the historic is the stomping grounds for a series of ghosts.

The brothers, both from Bayside, are licensed New York City tour guides who offer the only ghost tour in the borough of the nearly 900-acre park.

The pair have been ghost hunting for years and conduct searches throughout the city, including in Central Park and Grand Central Terminal.

Contrary to what many believers think to be the breeding grounds for the restless dead, such as cemeteries and abandoned houses, Dr. Pete said that spirits are more likely to appear in other areas.

“People think all the ghosts are in cemeteries and graveyards,” he said. “They go to places that are fun.”

Not surprisingly, Flushing Meadows may have become a popular destination with the ghosts of those who were drafted or enlisted in the armed forces during World War II.

The international festival was attended and enjoyed by thousands of people and may have provided some of the last good memories that soldiers who fought and died in battle may have had before being shipped overseas.

Because of those memories, the ghost hunters say, those who died may be roaming the park, reliving the days before they were sent off to war.

During my afternoon tour of Flushing Meadows Park, we stopped off at different locations to see if any of our ghostly friends were around. We hunted at the Unisphere, the 1938 Time Capsule and the Column of Jerash.

While we didn’t seem to find anything at those spots, we picked up a strange sound at the Tent of Tomorrow.

Dr. Stew whipped out his tape recorder and began asking questions to any ghosts that might be present. “If you are here with us, give us a sign,” he asked.

After a few seconds, he asked another question. “If you’re a “he” let us know.”

After playing the tape recorder back after Dr. Stew’s question regarding the ghost’s gender, there was a weird sound, almost like a light grunt.

While it was not definitive proof, the doctors said, they would take the recording home and try to decipher the noise.

Ghost hunters have been portrayed in classic movies like “Ghostbusters” and, more recently, reality television shows, but the duo doesn’t use a proton pack to weaken and capture ghosts.

They do, however, come prepared for every tour. Dr. Pete carries with him a black leather doctor’s bag with all his hunting equipment.

The tools include a digital audio recorder to gather electronic voice phenomena, a miniature Geiger counter and an electromagnetic field reader.

Unlike some ghost tour guides, this pair wants attendees to get involved, allowing them to try out the equipment and maybe come in contact with some paranormal activity.

Veteran ghost hunters who go on the tours are encouraged to bring their own ghost-finding equipment.

The doctors do have one piece of advice for those who bring their own tools.

If you tour FMCP with him and Dr. Stew, not only will you get an opportunity to see what it takes to be a ghost hunter, you will learn a detailed history of the park — including its early days as a salt marsh, its hosting of the first United Nations headquarters and information on the monuments there.

Knowing the land that specters frequent is important in hunting ghosts, you see.

“To be a good ghost hunter you need to know a good history of the area,” Dr. Stew said.

Where: Flushing Meadows Corona Park, in front of the art museum