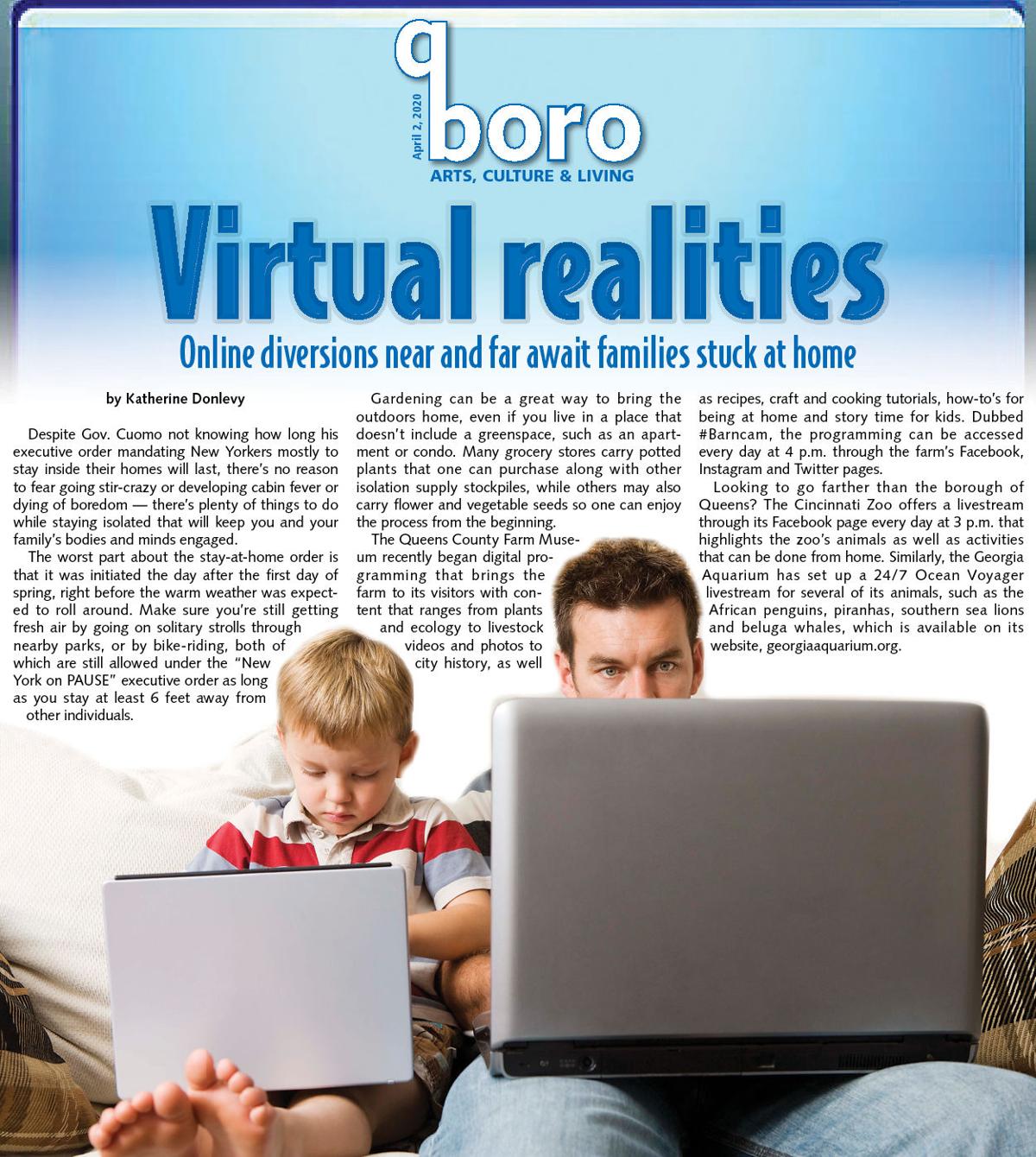 On the cover: There are programs online that appeal to adults and children alike. 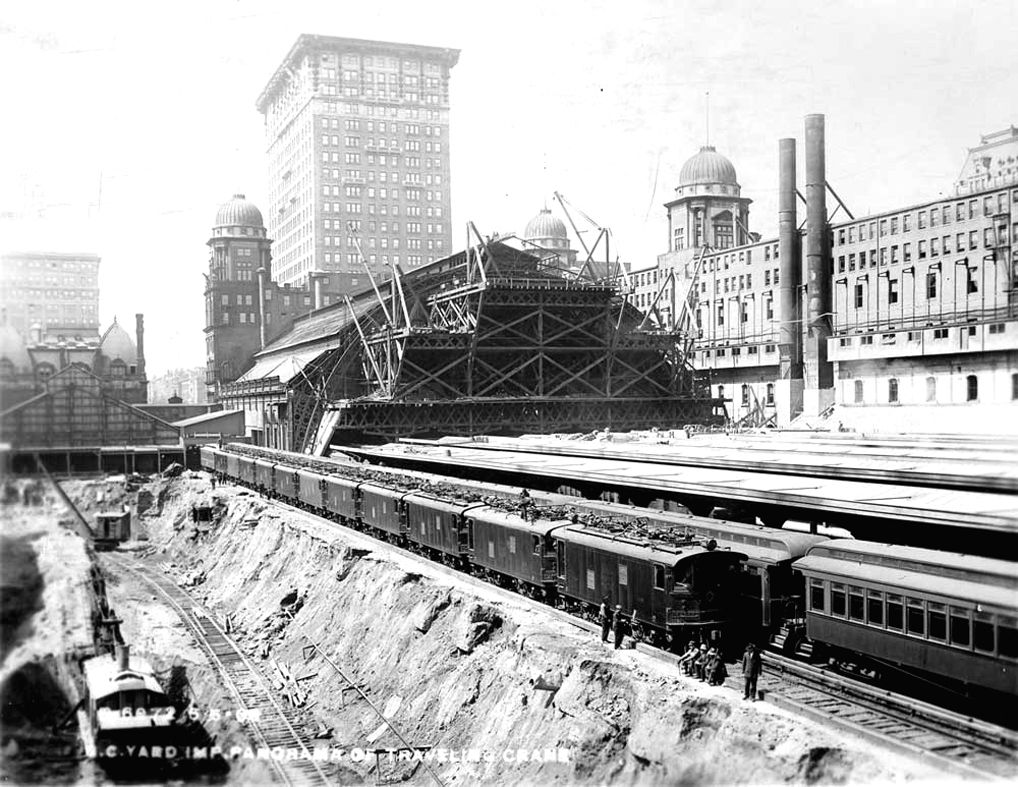 And those who want to see exhibits can take a look at many, including the New York Transit Museum’s display on Grand Central Terminal’s history.

On the cover: There are programs online that appeal to adults and children alike.

And those who want to see exhibits can take a look at many, including the New York Transit Museum’s display on Grand Central Terminal’s history.

Despite Gov. Cuomo not knowing how long his executive order mandating New Yorkers mostly to stay inside their homes will last, there’s no reason to fear going stir-crazy or developing cabin fever or dying of boredom — there’s plenty of things to do while staying isolated that will keep you and your family’s bodies and minds engaged.

The worst part about the stay-at-home order is that it was initiated the day after the first day of spring, right before the warm weather was expected to roll around. Make sure you’re still getting fresh air by going on solitary strolls through nearby parks, or by bike-riding, both of which are still allowed under the “New York on PAUSE” executive order as long as you stay at least 6 feet away from other individuals.

Gardening can be a great way to bring the outdoors home, even if you live in a place that doesn’t include a greenspace, such as an apartment or condo. Many grocery stores carry potted plants that one can purchase along with other isolation supply stockpiles, while others may also carry flower and vegetable seeds so one can enjoy the process from the beginning.

The Queens County Farm Museum recently began digital programming that brings the farm to its visitors with content that ranges from plants and ecology to livestock videos and photos to city history, as well as recipes, craft and cooking tutorials, how-to’s for being at home and story time for kids. Dubbed #Barncam, the programming can be accessed every day at 4 p.m. through the farm’s Facebook, Instagram and Twitter pages.

Looking to go farther than the borough of Queens? The Cincinnati Zoo offers a livestream through its Facebook page every day at 3 p.m. that highlights the zoo’s animals as well as activities that can be done from home. Similarly, the Georgia Aquarium has set up a 24/7 Ocean Voyager livestream for several of its animals, such as the African penguins, piranhas, southern sea lions and beluga whales, which is available on its website, georgiaaquarium.org.

Various other institutions have set up virtual tours, including the Boston Children’s Museum, the British Museum, the Louvre and Yellowstone National Park, which allow the user to take his or her time scrolling through the site digitally. Even Mars isn’t out of reach — a tour of the planet’s surface, created by real photos captured by NASA’s Curiosity rover, is virtually accessible at accessmars.withgoogle.com.

Flushing Town Hall recently launched “Flushing Town Hall at Home!,” a video series that allows families to enjoy the organization’s programs without leaving the living room. Every Tuesday and Friday at 7 p.m., prior live performances ranging from concerts to acting will be live streamed through the organization’s Facebook profile. Additionally, daily online activities are available as part of the “Global Arts for Global Kids at Home” series. Participants can enjoy videos of music and dance followed by an activity they can try at home, and are also encouraged to post short video clips of themselves trying the dance and activity.

Keeping kids active in a confined space sounds difficult, especially when their electronics are within constant reach, but GoNoodle manages to marry the two ideas. The free app combines virtual games and classes that incorporate activity in its programs by asking players to avoid sharks by waving their hands, or by clearing weeds in a garden by jumping and sweeping their arms and more. GoNoodle is accessible for iOS, Android, AppleTV, Fire and Roku.

Actor Josh Gad, the voice of Olaf from “Frozen,” has been taking to Twitter to livestream story time to his young fans. Dubbed #GadBookClub and typically occurring at 7 p.m., the video series is a good chance to get kids interested in reading while giving parents their own break.

Lastly, pretend you aren’t inside the house and camp out in the living room for a night. Choose to set up a tent if you have one, or create a pillow fort out of bedsheets and couch cushions, and hang up Christmas lights across the ceiling in place of night-sky stars. You can even enjoy s’mores, the traditional camp snack, by toasting marshmallows above the stove burners.

The Queens Chronicle will not be publishing What’s Happening — our Community Calendar for the time being. We look forward to resuming publication as soon as possible.