A still from the short film “Dimension Six,” directed by Keith Chernin of Forest Hills, which will be screened during the Queens World Film Festival. 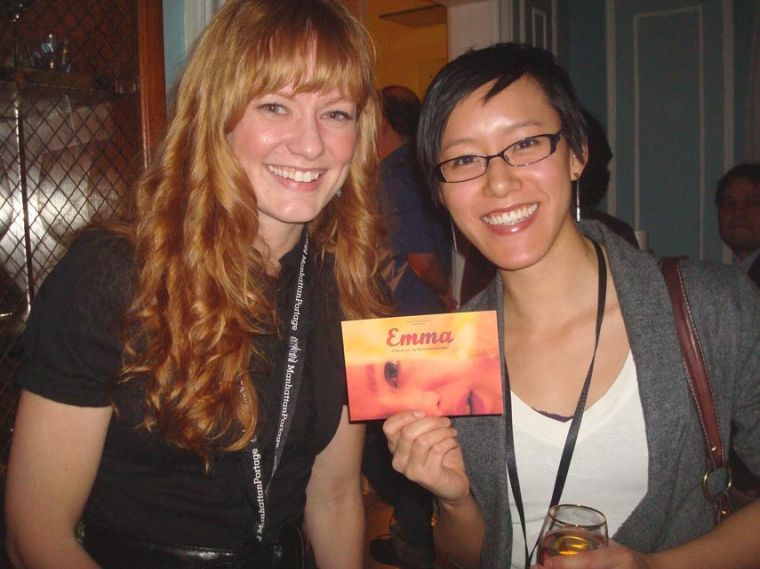 Helen Stevens, left, and Anne Hu, both of Queens, whose short film “Emma” will be shown.

A still from the short film “Dimension Six,” directed by Keith Chernin of Forest Hills, which will be screened during the Queens World Film Festival.

Helen Stevens, left, and Anne Hu, both of Queens, whose short film “Emma” will be shown.

The third annual Queens World Film Festival will launch March 5 at the Museum of the Moving Image in Astoria, with six short films from countries such as Italy, Belgium and Romania, as well as ones from Queens and Brooklyn. Over five days, more than 100 independent movies will be shown.

“It is a world-class film festival bringing together filmmakers from around the world and every corner of Queens,” said Katha Cato, who, along with her husband, Don, is directing the event. “We have 19 filmmakers from Queens, six from Manhattan and nine from Brooklyn.”

Featured films will be presented in thematic blocks including “LGBT Short Stack,” and “Off the Beaten Path,” to name just two.

Astoria filmmaker Michael Chmiel, who will show his 20-minute film “Charred” at the Jackson Heights Cinema in the “O...M...G!” category, said it’s nice to bring a film to his hometown. The short film is a dark psychological drama about a woman who uses pain as an outlet for her emotions and pleasures, Chmiel said.

For this first-time filmmaker and director, it took a couple months of preparation and four days of intense shooting to make his movie.

“It was definitely a fascinating experience seeing it from the beginning until the end, that was daunting and wonderful,” Chmiel said last Saturday, during a mixer held at the Jackson Heights apartment of another festival filmmaker, Richard Uhlig. “To see your baby come to life is the best part.”

Two other aspiring Queens filmmakers, Anne Hu and Helen Stevens, whose five-minute narrative “Emma” will be shown in the “Bitter Sweet” category, said they’re proud of their creation.

In the film, Emma spends a last night with her boyfriend and is sad that he has to go away; both have deep feelings and respect for each other but Emma has to cope with how she cannot go with him.

“It’s not a typical ‘I hate you’ breakup movie; it’s more basic and simple,” said Hu, who produced and directed. “In their lives it was not the right time or place to be together. It’s more so sweet, tender and pretty.”

Stevens, who also acts in the film, came up with the story idea last February and both women worked on it until August.

“It took us two, three months writing the script and shooting it on Memorial Day in my Woodside apartment,” said Stevens. “We spent two months editing, and since it was a small group of us, we wanted to see if it would work — and here we are at our first film festival!”

Between March 5 and 10, 104 films such as these, chosen by the Catos, will be screened at five locations in Astoria, Long Island City, Jackson Heights and Flushing.

The couple spent months reviewing and choosing the films.

“It was pretty challenging selecting from over 200 films since August,” Katha Cato said. “Every film had a rating sheet and there was about 70 to 80 hours of screening. It was definitely tougher this year.”

“The first two years of the festival were great. It almost doubled in size the second year. It was definitely a positive experience for everyone,” Cato said.

According to Katha Cato, the film festival shines a light on Queens that reflects the diversity of a borough with great hotels and delicious restaurants just like Brooklyn and Manhattan.

It is a destination for filmmakers, she added, “Because if you wish to screen in Tribeca, where do you land? In Queens!”