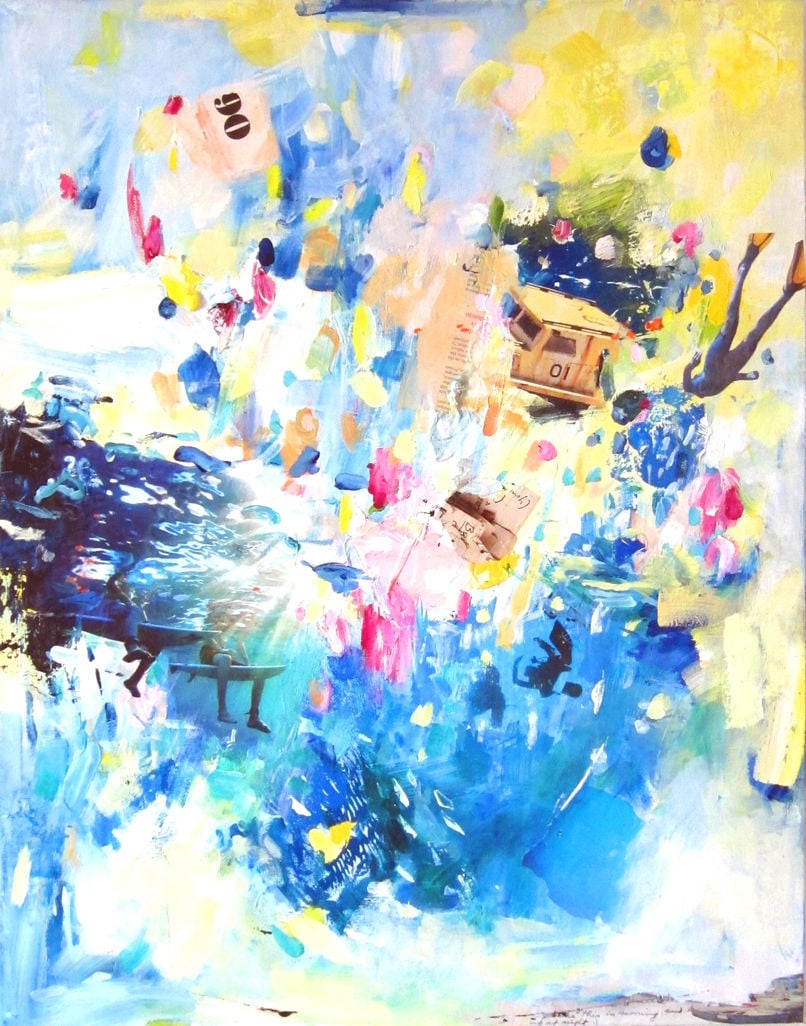 “Submerged” by Siu Wong-Carmac, left, is among the works in the “Flushing Bound” exhibit. 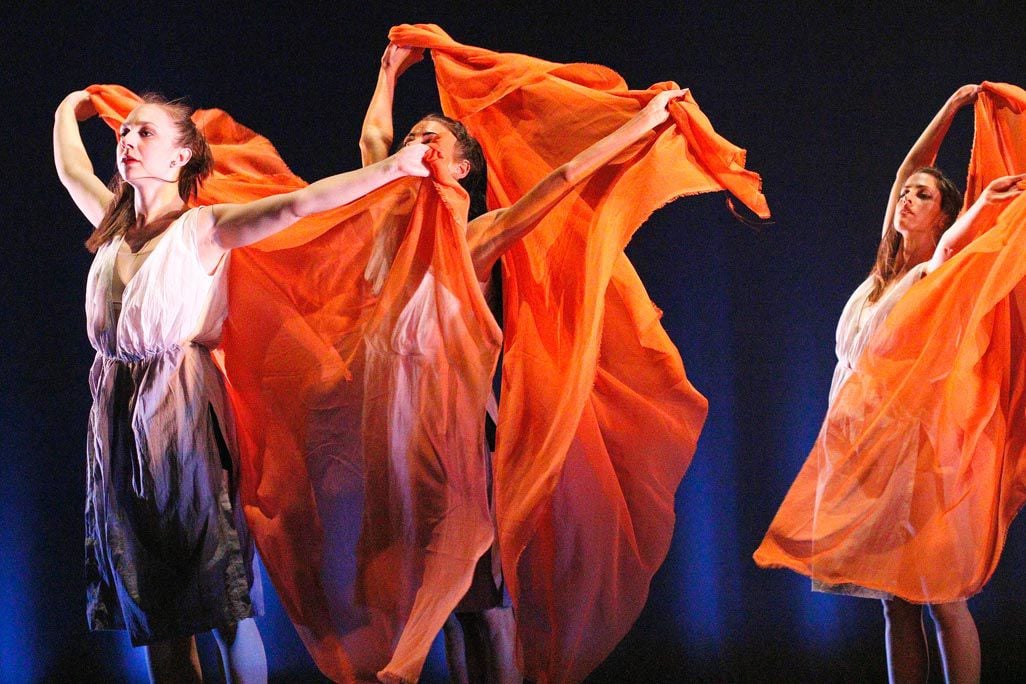 After its opening reception, dancers like Amanda Summers, Jennie Begley and Leigh Schanfein from Sheep Meadow Dance Theater will perform as part of the Queensboro Dance Festival.

“Submerged” by Siu Wong-Carmac, left, is among the works in the “Flushing Bound” exhibit.

After its opening reception, dancers like Amanda Summers, Jennie Begley and Leigh Schanfein from Sheep Meadow Dance Theater will perform as part of the Queensboro Dance Festival.

You’ve heard of shop local and eat local. Now you can “art” local.

On Friday, Sept. 7, lovers of dance, music and the visual arts can revel in the local scene for all three disciplines at consecutive events at Flushing Town Hall, from 5 p.m. until, most likely, a time approaching the witching hour.

The evening will start with the opening reception for “Flushing Bound,” a visual arts exhibition created by Long Island City Artists and curated by Carol Crawford, who is also an artist and professor and co-curated by Nancy Gesimondo.

“Flushing Bound is designed to introduce LIC-A and its artists to the Flushing community, and to encourage conversations between artists and the viewing public which will increase understanding of the creative process,” LIC-A says in its written description of the show.

The works will include both figurative and abstract paintings, photography, works on paper and mixed media assemblages.

Viewers will see “Untitled” by Jessica Doh, whose notes describe her work as exploring her “lifelong fascination with the relationship of colors to shapes, and revels in the juxtaposition of the intended and the unintended.” Siu Wong-Carmac’s notes say, in part, “My work including ‘Submerged’ is visceral and dreamlike, touching on our relationships with nature and each other as well as the abstract and the concreteness of living beings.”

Parts of the notes by Elsie Apacible (Koi) and Rebecca Kanfer may prove to describe the evening as well as their work.

“It is a magnificent process — claiming the freedom to harness points, lines and dimension indicting what I see as Art. I had to lose myself in it and indulged without control,” Apacible (Koi) writes.

And from Kanfer’s notes: “I seek to rediscover familiar vistas and capture stories about our everyday landscape.”

“Flushing Bound” will remain on view at Flushing Town Hall through Sept. 29.

Just as the opening reception ends, the Cambria Heights jazz band Since When? will provide a musical interlude at 7 p.m.

And at 8, the Queensboro Dance Festival will present the Flushing iteration of its May-through-October tour of Queens. The tour is meant to present a traveling cross-section of 26 of the boro’s dance companies.

Audience members will see eight Queens dance companies from a variety of neighborhoods, representing a broad spectrum of styles, cultures and genres.

For those who like to follow a performance with a good chat, a “talk-back” event will be held right after the show, letting attendees speak with the choreographers.

The appearance of two separate events at Flushing Town Hall, both seeking to highlight the diversity of the arts in Queens on the same night was a coincidence, Batan said.

“We were looking for a venue for a performance; I thought, ‘This is great. Here are two Long Island City arts organizations that are going to be at the same venue on the same night,’” Batan said.