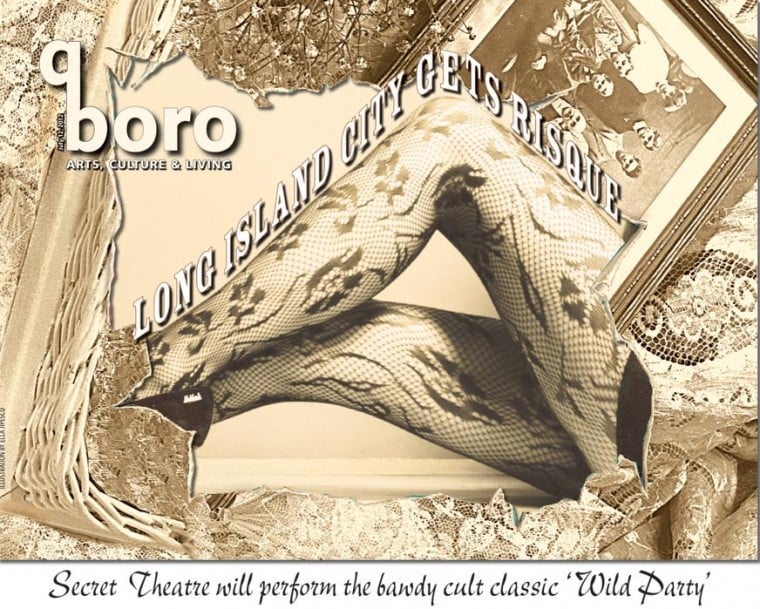 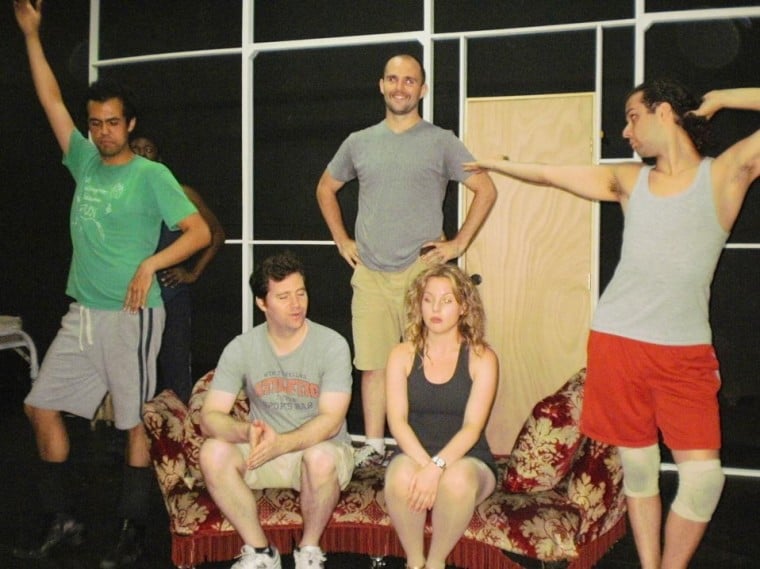 Leave the kids and grandma at home!

This summer, The Secret Theatre, tucked unobtrusively behind a former loading dock under the elevated train in Long Island City, continues its growing tradition of bringing to the public dark, rarely seen musicals that have developed cult followings since their original mountings.

"The Wild Party," with book, music and lyrics by Andrew Lippa, opens July 12 for a two-week run, giving devotees a rare opportunity to revisit the show and newcomers the chance to become acquainted with its seedy denizens.

“The show is hardly ever done” and it has a large fan base, director Taryn Turney said, mentioning that it is intended for “a very mature audience.”

Based upon a 1928 poem of the same name by Joseph Moncure March, the show’s story, set the following year and told mostly in song, focuses on Queenie, a dancer in vaudeville, and her volatile relationship with a theater clown named Burrs.

Queenie laments her situation and, to get even with her often abusive lover, decides to throw a party at which she will humiliate him in front of all the guests.

And what a sordid lot they are! Among them are a hooker, a couple of flamboyant brothers who just happen to be composers, a boxer, a mute male dancer and a lesbian on the prowl.

As the show (and the party) continue, tensions mount, jealousies are aroused, characters hallucinate, fights break out and a fatal gunshot is fired.

“It’s an interesting study of people,” Turney said, “I’ve been a fan forever. It’s always been on my to-do list.”

The cast includes six members of the Actors’ Equity Association, the professional actors’ union, and several performers with Broadway and regional credits. At rehearsal Turney seemed pleased with the way the show was shaping up.

“We’ve been building a better and better group around us,” she said of The Secret Theatre, to which she has been attached for the past two years, as an actress and, with increasing frequency, as a director.

A resident of Sunnyside, Turney said the theater’s goal is to produce shows that are “closer and closer to Broadway” level.

“We get a lot of new, talented people,” she said, many of them transplants who make their New York debuts at the theater.

Bringing Queenie to life in the current production is Courtney Glass, a former resident of Astoria who finds the role challenging vocally, physically and emotionally.

“She’s a complicated character,” Glass said, admitting, “I can relate to her difficulties with romantic relationships. I’d love to play Queenie until my body and voice are broken. I’m having a blast.”

Keith Collins’ portrayal of Burrs marks his return to the stage of The Secret Theatre, as he starred last year in “Parade,” another emotionally involved musical.

Other leading roles are played by Missy Dowse, as trouble-maker Kate, and Adam Kemmerer as Mr. Black, her boyfriend who is smitten with the passionate Queenie.

The cast of 16 also includes Anthony Hollock, who lives in Long Island City. He was taking classes at a ballet school that shares a building with The Secret Theatre when he became impressed by one of its productions and anxious to appear in a show there. He saw his dream come true when he was cast as Oscar in “The Wild Party.”

As half of the over-the-top song-writing brothers, he said his biggest challenge has been “to have such a large performance in such an intimate space and balance the two.”

Having only recently become acquainted with the show, he said, “Mr. Lippa’s score is gorgeous ... ear candy. I love it.”

He also apparently loves living just a few blocks from the theater, in an area he describes as “a thriving artists’ community” and “the secret Williamsburg used to be.”

Playing his equally outrageous brother, Phil, is Astoria resident Eugenio Vargas, who is originally from Tennessee.

“It’s my fully staged New York City debut,” Vargas said. “I’ve always loved this show. The poem and the story are so dark. I think Lippa’s score is fascinating.”

Phil is described in the original poem as “rouged and lisping,” according to Vargas, who said, “We’re going to have very loud makeup. We’ll be dressed in men’s clothing but suggestive of a drag queen. It’s a blast to be so out there. The music is a very complex score, a blast to sing.”

Helping to bring the score to life is musical director Dror Baitel, who emigrated here from Israel eight years ago to work on Broadway, where he can be heard playing keyboard at certain performances of “Mary Poppins.”

For “The Wild Party,” he will be leading a four-piece band. What attracted him to the show was the music’s “mixing of styles.” As he explained, “The vocal lines and harmonies are complex. That creates the excitement of the show. It’s fun to work with this fabulous cast.”