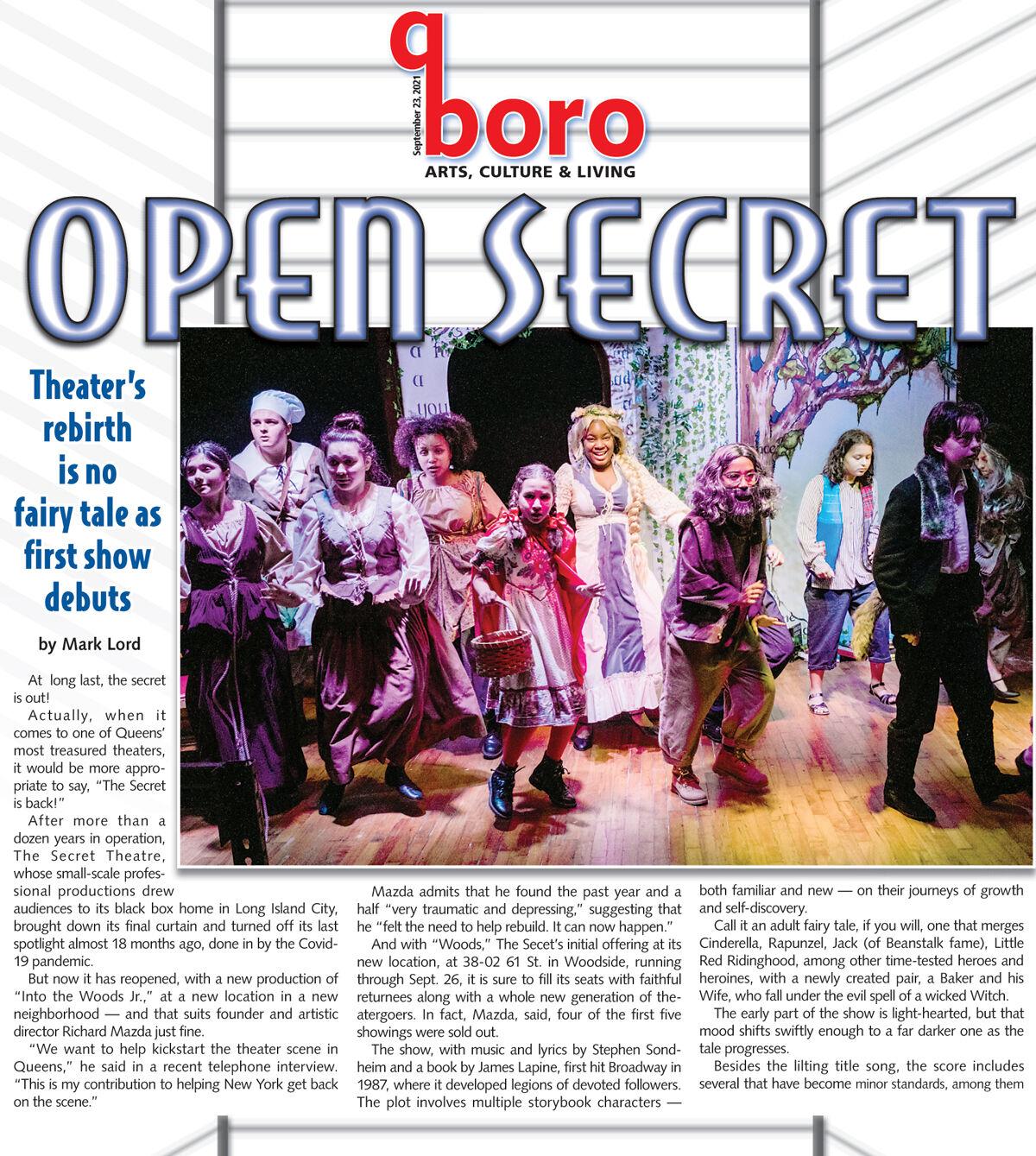 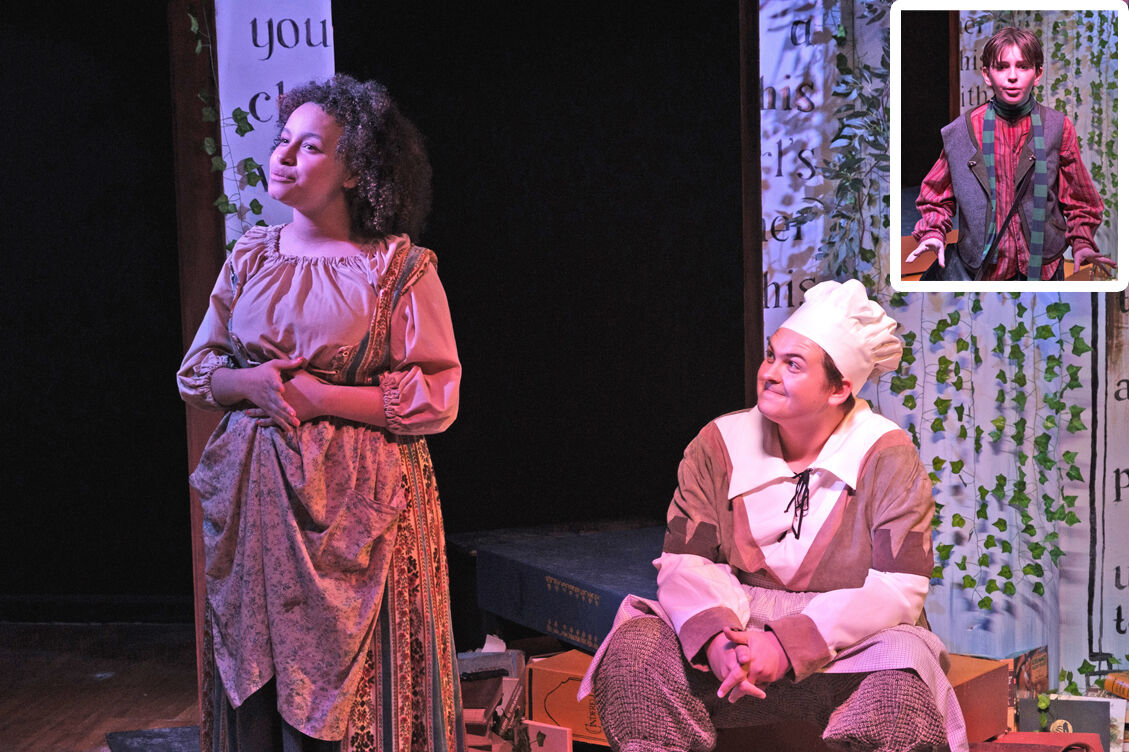 Performing in “Into the Woods Jr.” are Mia Soleil Jacquez and Christopher Simcox, above, and Brandon D’Elia, top right.

Performing in “Into the Woods Jr.” are Mia Soleil Jacquez and Christopher Simcox, above, and Brandon D’Elia, top right.

At long last, the secret is out!

Actually, when it comes to one of Queens’ most treasured theaters, it would be more appropriate to say, “The Secret is back!”

After more than a dozen years in operation, The Secret Theatre, whose small-scale professional productions drew audiences to its black box home in Long Island City, brought down its final curtain and turned off its last spotlight almost 18 months ago, done in by the Covid-19 pandemic.

But now it has reopened, with a new production of “Into the Woods Jr.,” at a new location in a new neighborhood — and that suits founder and artistic director Richard Mazda just fine.

“We want to help kickstart the theater scene in Queens,” he said in a recent telephone interview. “This is my contribution to helping New York get back on the scene.”

Mazda admits that he found the past year and a half “very traumatic and depressing,” suggesting that he “felt the need to help rebuild. It can now happen.”

And with “Woods,” The Secet’s initial offering at its new location, at 38-02 61 St. in Woodside, running through Sept. 26, it is sure to fill its seats with faithful returnees along with a whole new generation of theatergoers. In fact, Mazda, said, four of the first five showings were sold out.

The show, with music and lyrics by Stephen Sondheim and a book by James Lapine, first hit Broadway in 1987, where it developed legions of devoted followers. The plot involves multiple storybook characters — both familiar and new — on their journeys of growth and self-discovery.

Call it an adult fairy tale, if you will, one that merges Cinderella, Rapunzel, Jack (of Beanstalk fame), Little Red Ridinghood, among other time-tested heroes and heroines, with a newly created pair, a Baker and his Wife, who fall under the evil spell of a wicked Witch.

The early part of the show is light-hearted, but that mood shifts swiftly enough to a far darker one as the tale progresses.

Besides the lilting title song, the score includes several that have become minor standards, among them “No One Is Alone” and “Children Will Listen.”

The show’s message, perhaps more appropriate now than ever before, is that only by sticking together can mankind overcome the major obstacles in the world. How right that this is the show Mazda went with to bring his theater back to life.

The cast consists primarily of young thespians who attend the theater’s academy, a training ground for talented performers, some of whom aspire to professional careers on stage — hence the “Jr.” tag in the title.

Mazda credits the youngsters with helping to select the show, saying they made suggestions that led to the final choice. “We look for shows that are fun for kids,” he said.

And, Mazda is quick to point out, “We always do a professional level show every year” with the student actors. Audiences, he added, “are not expected to lower their expectations because they’re kids.”

The production is directed and choreographed by Samantha Sayah, who also serves as musical director. According to Mazda, she is “hugely pleased” by her cast, who had learned their parts before rehearsals began on Aug. 26. They are “almost seasoned pros,” Mazda said, indicating that some have been with the academy for six or seven years already.

Mazda calls the reopening of the theater “phase one,” which provides for a 60-seat capacity. “We may bump that up to 99 later,” he said. Plans are already underway for next spring’s academy production, the musical “Hairspray.”

Tickets for “Woods,” which runs through Sunday, are $25 for adults and $15 for children under 16. Audience members, along with the entire cast and crew, must be vaccinated. Proof will be checked at the door.