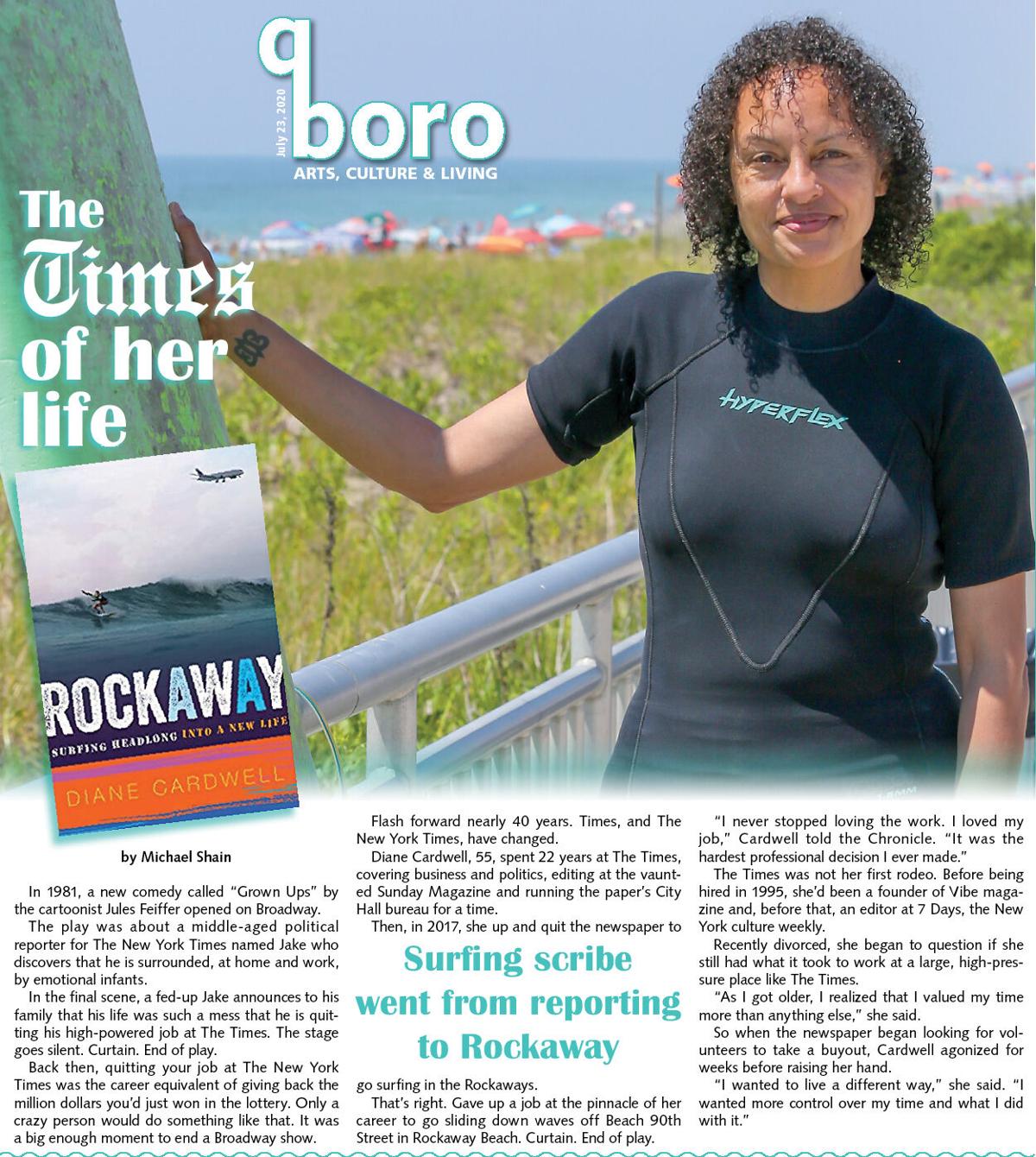 On the cover: The veteran journalist has penned a book about her surfin’ safari, “Rockaway: Surfing Headlong Into a New Life.” 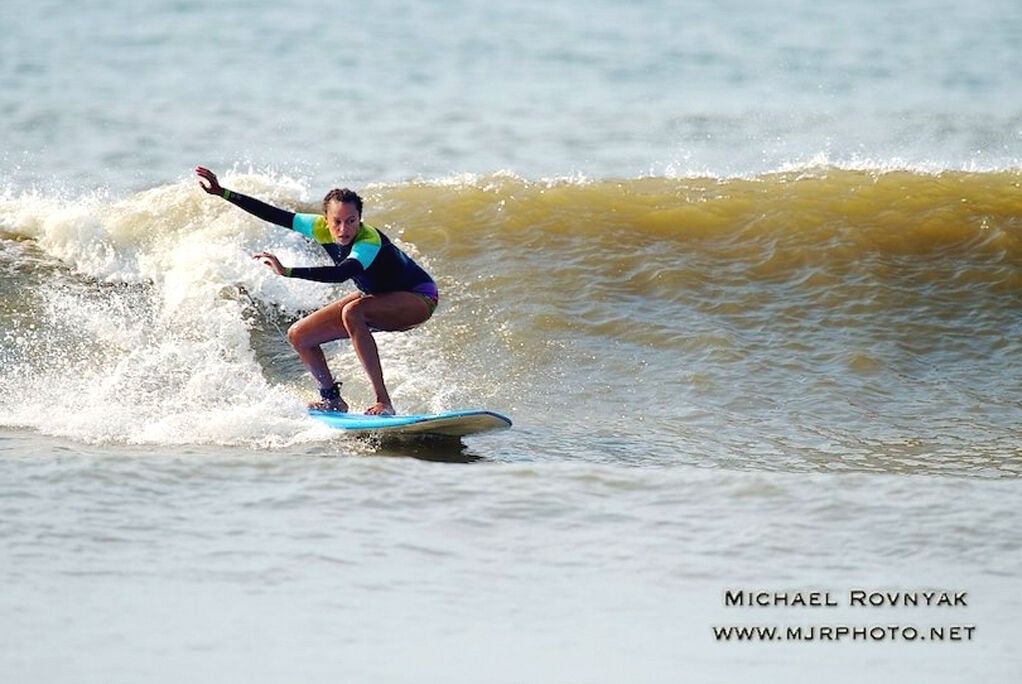 Diane Cardwell, catchin’ a wave and sittin’ on top of the world.

On the cover: The veteran journalist has penned a book about her surfin’ safari, “Rockaway: Surfing Headlong Into a New Life.”

Diane Cardwell, catchin’ a wave and sittin’ on top of the world.

In 1981, a new comedy called “Grown Ups” by the cartoonist Jules Feiffer opened on Broadway.

The play was about a middle-aged political reporter for The New York Times named Jake who discovers that he is surrounded, at home and work, by emotional infants.

In the final scene, a fed-up Jake announces to his family that his life was such a mess that he is quitting his high-powered job at The Times. The stage goes silent. Curtain. End of play.

Back then, quitting your job at The New York Times was the career equivalent of giving back the million dollars you’d just won in the lottery. Only a crazy person would do something like that. It was a big enough moment to end a Broadway show.

Diane Cardwell, 55, spent 22 years at The Times, covering business and politics, editing at the vaunted Sunday Magazine and running the paper’s City Hall bureau for a time.

Then, in 2017, she up and quit the newspaper to go surfing in the Rockaways.

That’s right. Gave up a job at the pinnacle of her career to go sliding down waves off Beach 90th Street in Rockaway Beach. Curtain. End of play.

“I never stopped loving the work. I loved my job,” Cardwell told the Chronicle. “It was the hardest professional decision I ever made.”

The Times was not her first rodeo. Before being hired in 1995, she’d been a founder of Vibe magazine and, before that, an editor at 7 Days, the New York culture weekly.

Recently divorced, she began to question if she still had what it took to work at a large, high-pressure place like The Times.

“As I got older, I realized that I valued my time more than anything else,” she said.

So when the newspaper began looking for volunteers to take a buyout, Cardwell agonized for weeks before raising her hand.

“I wanted to live a different way,” she said. “I wanted more control over my time and what I did with it.”

“Rockaway: Surfing Headlong Into a New Life” (Houghton Mifflin Harcourt) is the book she has written about how, “in middle age, I pivoted from my get-ahead, career-focused existence to something that seemed more meaningful.”

What it takes to learn how to maneuver a 9-foot splint of fiberglass through the waves and how the pursuit of a flawless, 45-second ride is as much a lifestyle as a sport is the heart of the book.

She’d discovered the sport while working on a real-estate story in Montauk several years before. “Dumbstruck” is how she describes seeing surfers for the first time in person.

“I felt as though I’d stumbled upon a secret tribe of magical creatures — fairies and nymphs,” she writes. “I couldn’t believe this was surfing, a sport to which I’d never given much more than a glancing thought.”

She discovered the Rockaways a short time later by looking at a map and realizing she could get there from her apartment in Brooklyn on the subway.

“There was always something going on somewhere, and it was easy to meet people because we were all there for similar reasons: the call of surfing, the pull of the ocean, the weird, rough-edged peacefulness of the place,” she writes.

“I found a community I didn’t know I was looking for,” she said. “I knew this is the life I wanted.”

She found a button-cute bungalow in Rockaway Beach, a block from the peninsula’s most popular surfing spot, and, in 2012, moved in.

The zen of Cardwell’s life change is captured in an early surfing lesson.

After a frustrating morning on the waves, her instructor launches her toward the beach one more time. “Ride the wave, not the board,” he yells after her.

“I realized that he was right: I’d been so focused on standing up and staying on the board that I hadn’t been paying attention to staying in the wave.”

At the end of the lesson, Cardwell picks up her board and, sore and tired, trudges up the beach heading for home.

“That’s how you want to feel,” he tells her. “You never want to leave a session looking back at the ocean.”