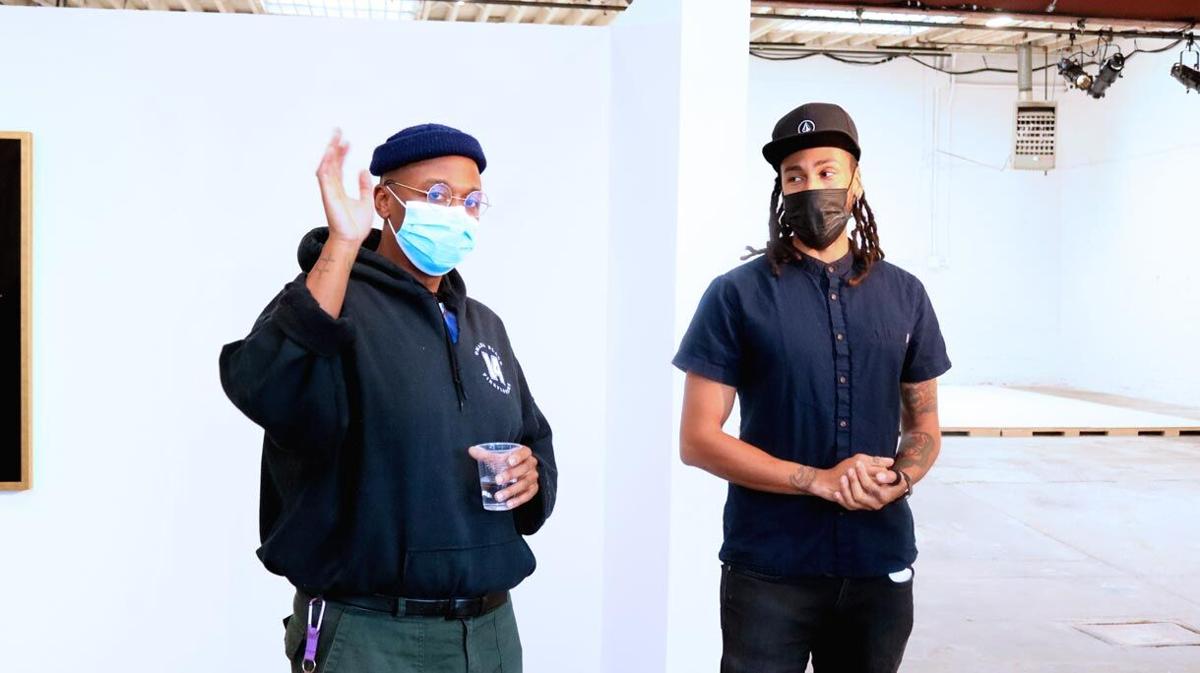 The “Put Your Hands Where My Eyes Can See” exhibit is curated by Cameron Granger, left, and moderated by Dario Mohr at the Chocolate Factory. 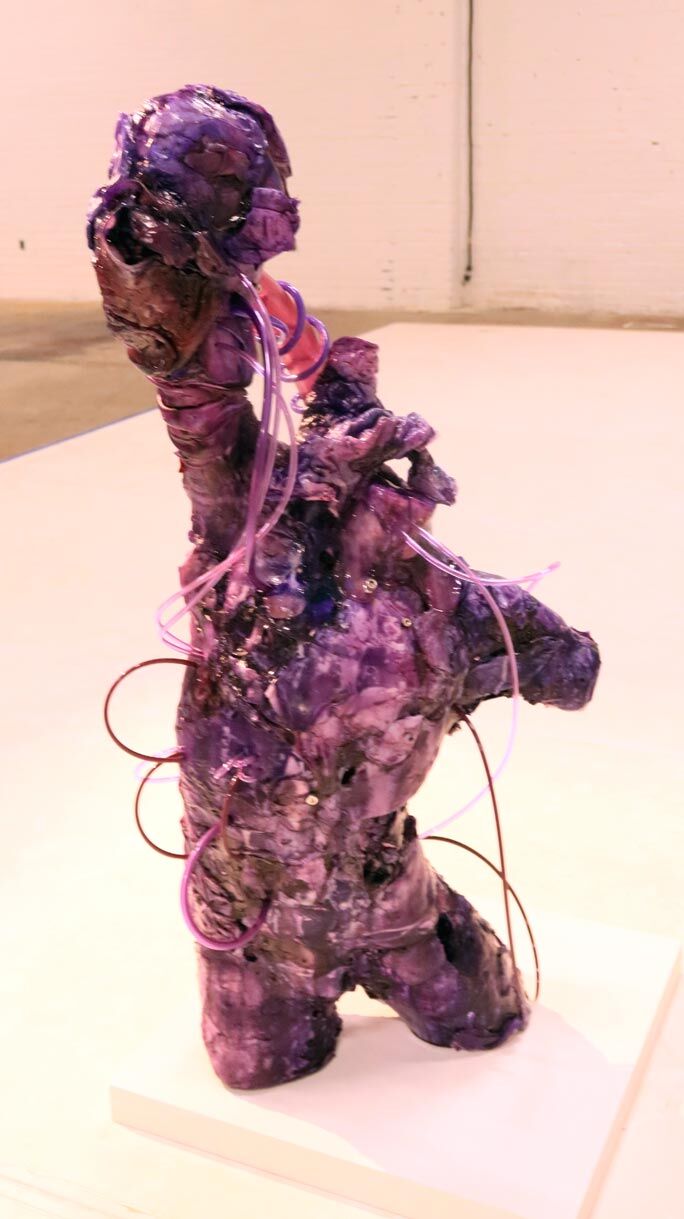 The “Put Your Hands Where My Eyes Can See” exhibit is curated by Cameron Granger, left, and moderated by Dario Mohr at the Chocolate Factory.

The “Put Your Hands Where My Eyes Can See” exhibit, located at 38-33 24 St., features a photo, visual media pieces, a collective, three-dimensional everyday objects, prints, collages and tubing.

Running through Oct. 23, the exhibit was curated by Cameron Granger in collaboration with Haiba Hamilton, from Astoria, and Makeba Rainey. Dario Mohr, who was raised in Flushing, moderated the show.

“Put Your Hands Where My Eyes Can See” is a part of the Rhizome Project, a series of exhibits and artist talks dedicated to providing a platform for Black narratives, from the Flux Factory.

“We talk about images all the time,” said Granger of photographer Ricky Weaver, who captured a photo of a 103-year-old woman in 2018, which kicked off the exhibit. “We talked about what it means to make images of Black people. An image, a photograph, is not just what is in the frame. A photograph is a whole system of power itself ... There is a narrative being told ... As Black people we haven’t always been able to control our image. What responsibility comes from that?”

Along with Weaver, works by Tyler Davis, Kearra Amaya Gopee, Komikka Patton, Brianna Robinson, Jen Everett, Sasha Phyars-Burgess and Terrance James Jr. also explored the visibility and invisibility of Black faces and bodies in the past, present and future.

“I think about my own relation to my own body,” said Granger to attendees of the art show. “People are not just bodies. Our bodies are another form of character, property and commodity. So how can we move away from that? How can we rebuild ourselves and become something boundless, limitless?”

The next Rhizome program is the “Black Femme Brunch presents The Dream Salon: Destroy this World with Desire: A Black Femme World-Wielding Salon.”

The virtual event will be on Oct. 16 from 2 to 3:30 p.m. and people can RSVP for the free program at withfriends.co or go to FluxFactory.org.

“I was looking forward to this,” said Mohr about the exhibit. “I really wanted to see some of the artwork, which had very powerful perspectives from different artists speaking in their own ways interpreting the same overarching theme. It’s amazing how this came together.”