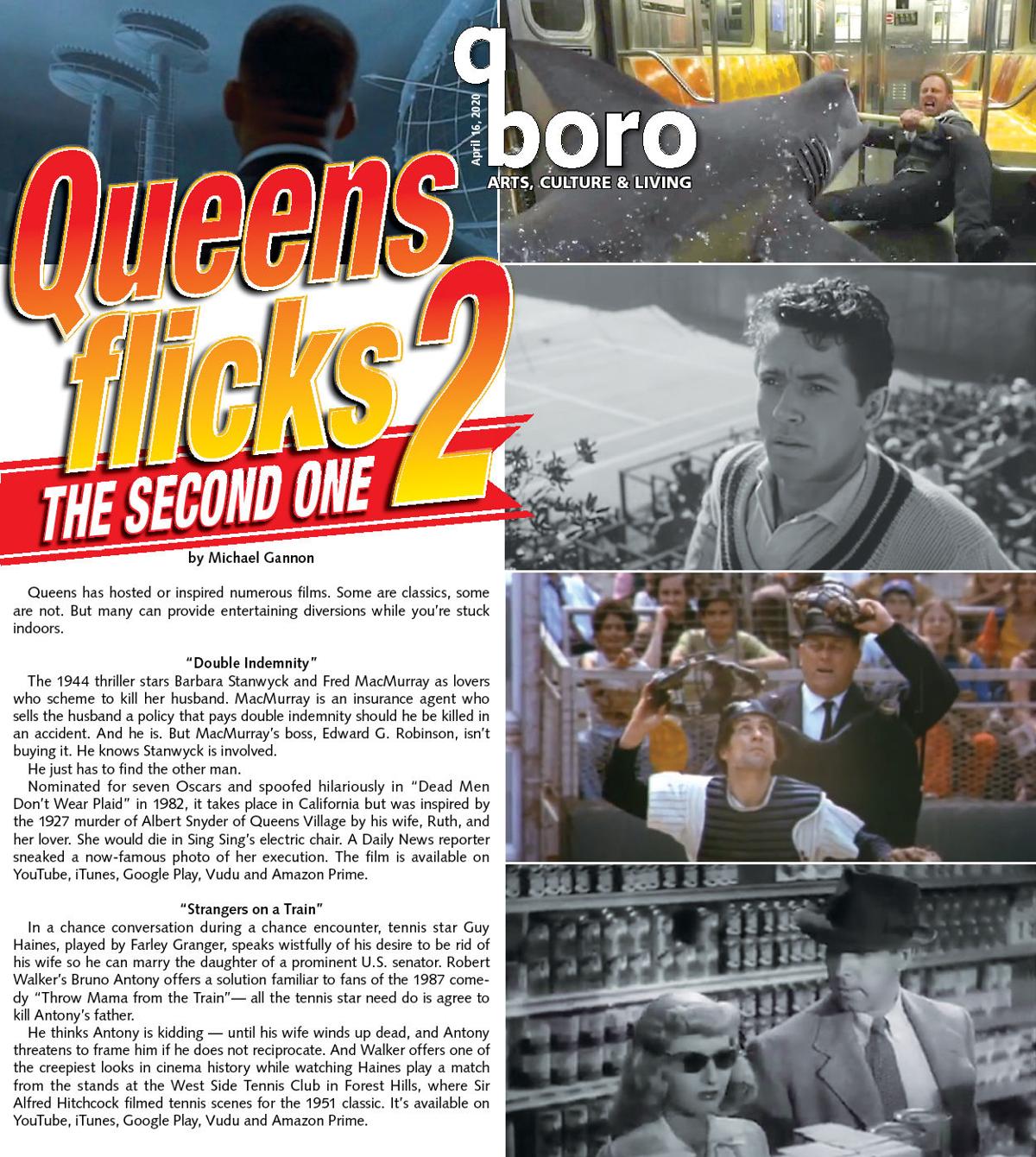 On the cover: Scenes from our five recommendations for home viewing if you can’t get out. 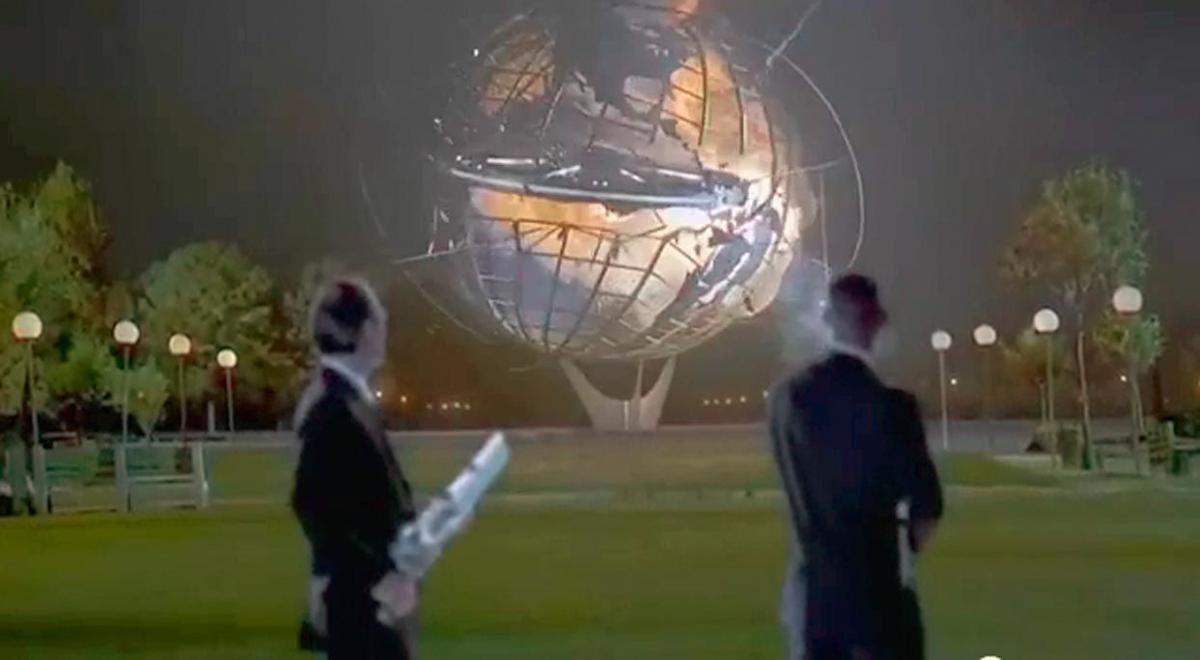 On the cover: Scenes from our five recommendations for home viewing if you can’t get out.

Queens has hosted or inspired numerous films. Some are classics, some are not. But many can provide entertaining diversions while you’re stuck indoors.

The 1944 thriller stars Barbara Stanwyck and Fred MacMurray as lovers who scheme to kill her husband. MacMurray is an insurance agent who sells the husband a policy that pays double indemnity should he be killed in an accident. And he is. But MacMurray’s boss, Edward G. Robinson, isn’t buying it. He knows Stanwyck is involved.

He just has to find the other man.

Nominated for seven Oscars and spoofed hilariously in “Dead Men Don’t Wear Plaid” in 1982, it takes place in California but was inspired by the 1927 murder of Albert Snyder of Queens Village by his wife, Ruth, and her lover. She would die in Sing Sing’s electric chair. A Daily News reporter sneaked a now-famous photo of her execution. The film is available on YouTube, iTunes, Google Play, Vudu and Amazon Prime.

“Strangers on a Train”

In a chance conversation during a chance encounter, tennis star Guy Haines, played by Farley Granger, speaks wistfully of his desire to be rid of his wife so he can marry the daughter of a prominent U.S. senator. Robert Walker’s Bruno Antony offers a solution familiar to fans of the 1987 comedy “Throw Mama from the Train”— all the tennis star need do is agree to kill Antony’s father.

He thinks Antony is kidding — until his wife winds up dead, and Antony threatens to frame him if he does not reciprocate. And Walker offers one of the creepiest looks in cinema history while watching Haines play a match from the stands at the West Side Tennis Club in Forest Hills, where Sir Alfred Hitchcock filmed tennis scenes for the 1951 classic. It’s available on YouTube, iTunes, Google Play, Vudu and Amazon Prime.

Henry Wiggen and Bruce Pearson couldn’t be more different: Wiggen, played by Michael Moriarty, is the handsome, self-assured star pitcher for the New York Mammoths who, while threatening to hold out in spring training, demands the princely sum of $25,000 a year. Pearson, an unknown Robert De Niro, is an affable, dumb-jock journeyman catcher. Like all good baseball movies, it is less about baseball than about the people who play it. What begins as an unlikely friendship during a pennant race becomes a bond of steel as Pearson must bravely conceal a grim secret.

The 1973 picture was filmed at Shea Stadium and a rock-strewn sandlot in the Bronx. Moriarty is the grandson of ex-Major League infielder and umpire George Moriarty. It’s available on YouTube, Google Play, Vudu and Amazon Prime.

You didn’t really think those circular structures atop the New York State Pavilion from the 1964 World’s Fair were left in place just out of neglect for a famous Queens landmark, did you? And that neighbor or subway passenger you swear has to be from another planet? You have no idea ...

Tommy Lee Jones and Rip Torn of the super-secret Men in Black have been saving humanity from extraterrestrial aliens who mean us harm for decades with the help of a pug named Frank, all while hiding in plain sight throughout New York City.

Now, when they need help in the 1997 flick, like everybody else they call on the NYPD, or in this case, a dedicated, wisecracking plainclothes cop portrayed by Will Smith. MiB is available on YouTube, iTunes, Google Play, Vudu and Amazon Prime.

A summer mega-tornado is dumping sharks and snow on New York City. Luckily, Fin Shepard is in town, doing the morning talk show circuit to discuss his book about how he recently saved Los Angeles from a similar fate, though this time he cannot save Citi Field or the 7 Train.

Spoiler alert — there are a few plot holes, but lots of cameos; available on YouTube, Google Play, Vudu and Amazon Prime.