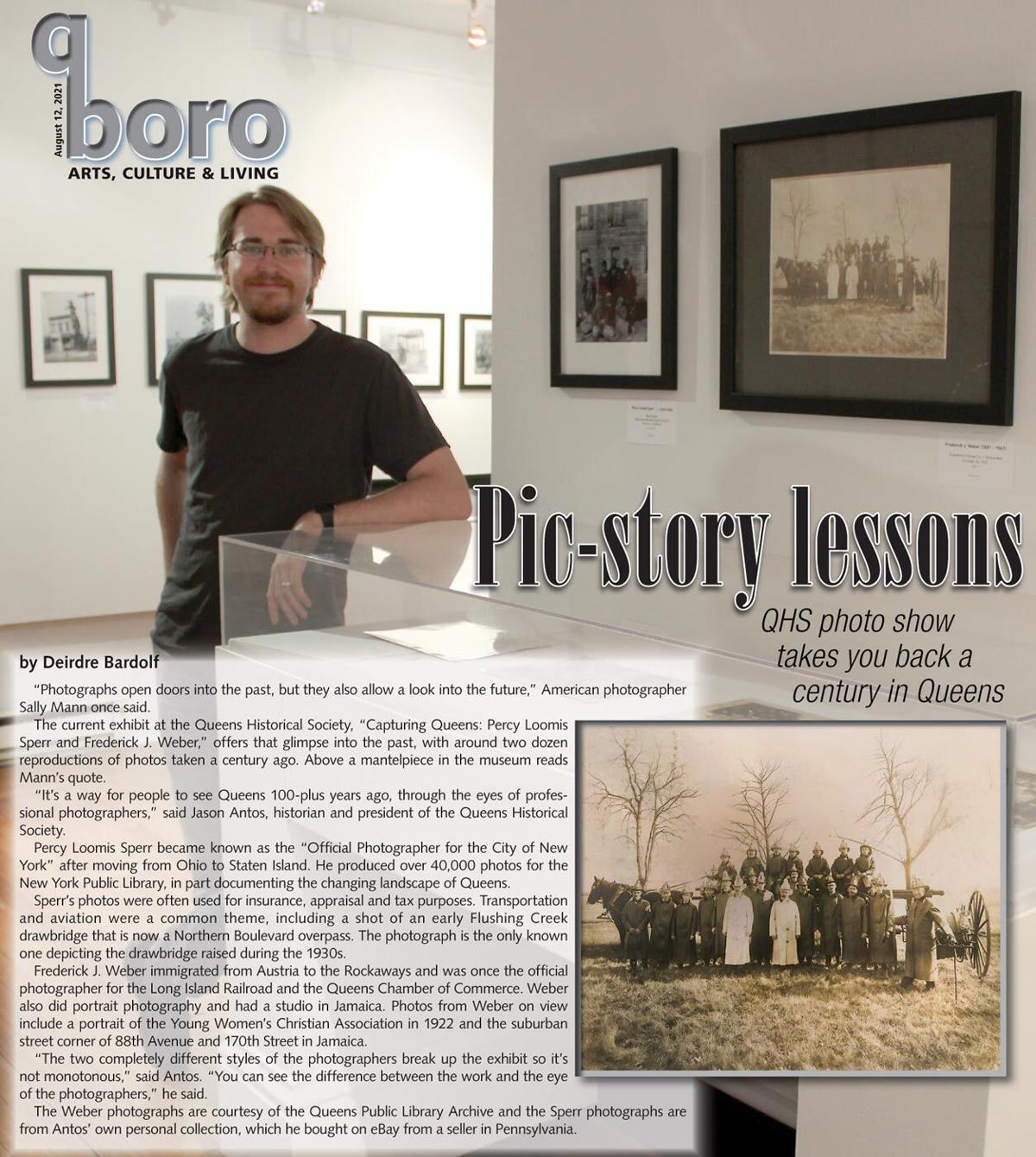 Jeran Halfpap of the QHS with photos at the exhibit, including Frederick J. Weber’s shot of Creedmoor Hose Co. 1. 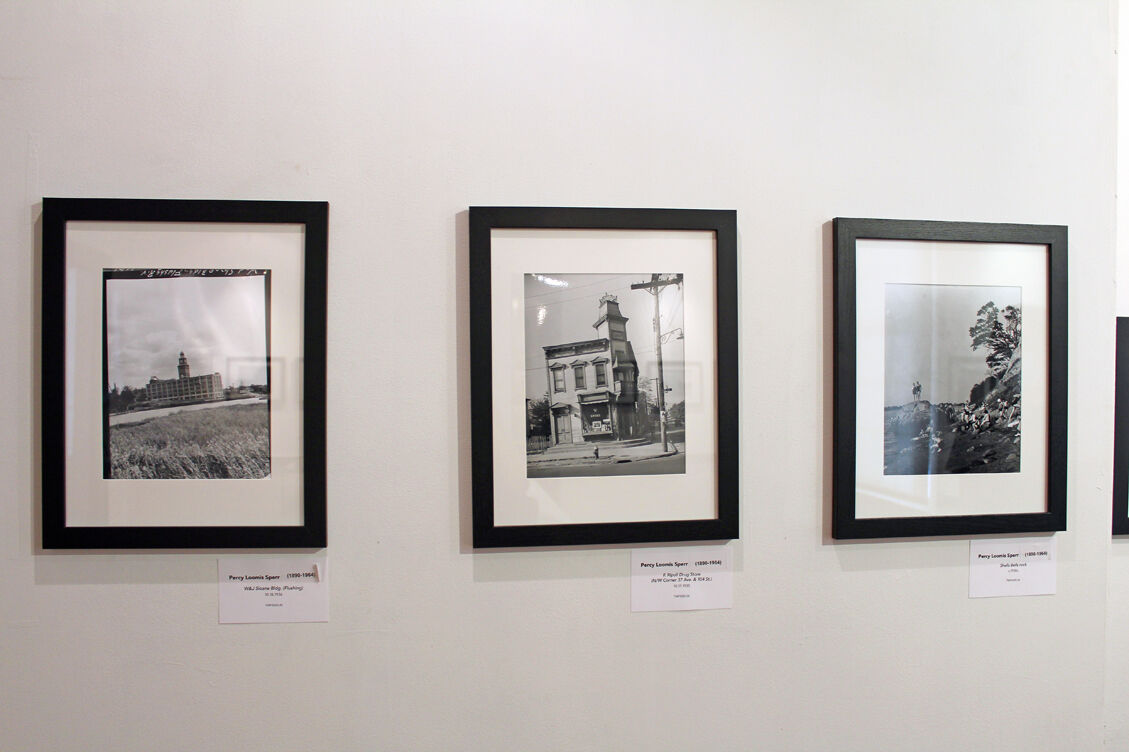 Several photos by Percy Loomis Sperr, above, that are included in the “Capturing Queens” exhibit at the Queens Historical Society. 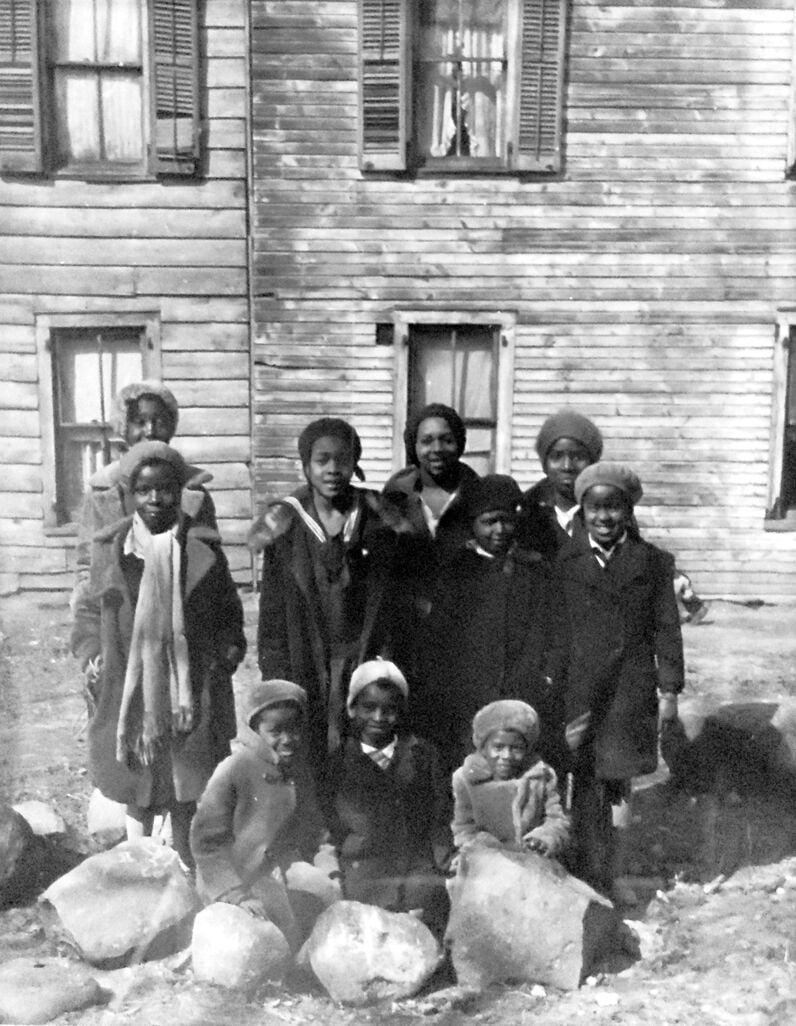 Several photos by Percy Loomis Sperr are on display, including his shot of “Black Dublin” in Flushing.

Jeran Halfpap of the QHS with photos at the exhibit, including Frederick J. Weber’s shot of Creedmoor Hose Co. 1.

Several photos by Percy Loomis Sperr, above, that are included in the “Capturing Queens” exhibit at the Queens Historical Society.

Several photos by Percy Loomis Sperr are on display, including his shot of “Black Dublin” in Flushing.

“Photographs open doors into the past, but they also allow a look into the future,” American photographer Sally Mann once said.

The current exhibit at the Queens Historical Society, “Capturing Queens: Percy Loomis Sperr and Frederick J. Weber,” offers that glimpse into the past, with around two dozen reproductions of photos taken a century ago. Above a mantelpiece in the museum reads Mann’s quote.

“It’s a way for people to see Queens 100-plus years ago, through the eyes of professional photographers,” said Jason Antos, historian and president of the Queens Historical Society.

Percy Loomis Sperr became known as the “Official Photographer for the City of New York” after moving from Ohio to Staten Island. He produced over 40,000 photos for the New York Public Library, in part documenting the changing landscape of Queens.

Sperr’s photos were often used for insurance, appraisal and tax purposes. Transportation and aviation were a common theme, including a shot of an early Flushing Creek drawbridge that is now a Northern Boulevard overpass. The photograph is the only known one depicting the drawbridge raised during the 1930s.

Frederick J. Weber immigrated from Austria to the Rockaways and was once the official photographer for the Long Island Railroad and the Queens Chamber of Commerce. Weber also did portrait photography and had a studio in Jamaica. Photos from Weber on view include a portrait of the Young Women’s Christian Association in 1922 and the suburban street corner of 88th Avenue and 170th Street in Jamaica.

The Weber photographs are courtesy of the Queens Public Library Archive and the Sperr photographs are from Antos’ own personal collection, which he bought on eBay from a seller in Pennsylvania.

They may appear mundane at first, he said, but then viewers may notice details like a Goodyear blimp hangar or a Good Humor ice cream vendor.

Jeran Halfpap is the education and outreach coordinator for the Queens Historical Society, which operates out of the historic Kingsland Homestead in Flushing, where he is also the caretaker.

“I love that it gives a glimpse of Queens that people tend to forget about, that transformational period,” said Halfpap. “To have this much documentation of it is pretty fascinating.”

The photographs hold historical significance, including a rare shot of children from the “Black Dublin” community who resided near Roosevelt Avenue in Flushing. The area was populated by Black and Irish people but was eventually deemed a slum and the houses were demolished for the 7 train and a Robert Moses plan for a parking lot and bus station. The Ebenezer Baptist Church, which is seen in the photograph, as well as the Macedonia African Methodists Episcopal Church, both of which were in the Black Dublin neighborhood, still stand today.

Sperr’s photograph was likely the last taken of the community. Many of his shots captured places just before they were transformed forever.

The exhibit will be on view through February and tours of the Kingsland Homestead are offered on Tuesdays, Saturdays and Sundays from 2:30 to 4:30 p.m. For more information, visit queenshistoricalsociety.org.