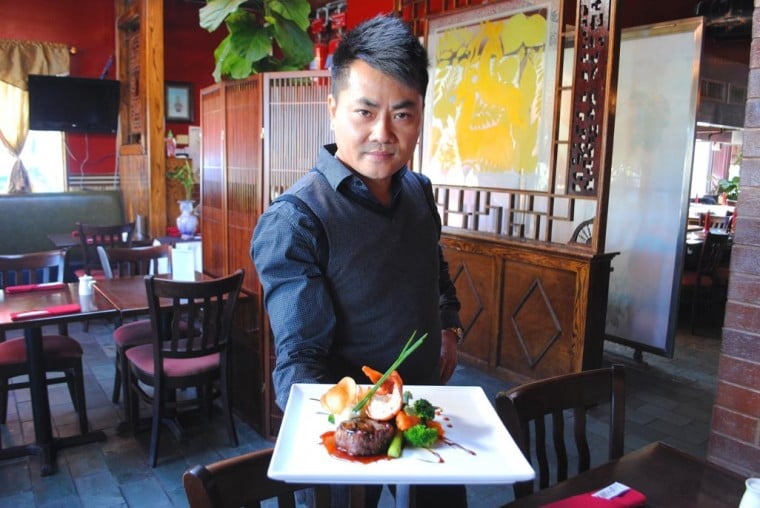 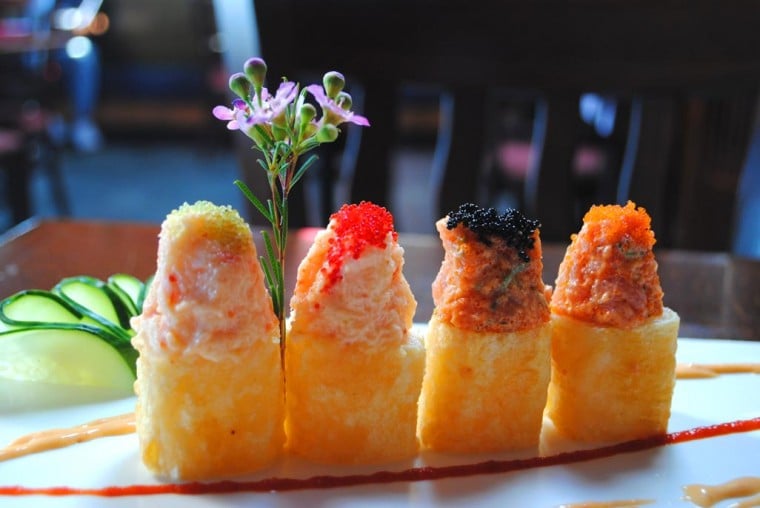 The crispy, spicy tuna is made up of a sweet rice spring roll and topped with tuna and spicy mayonnaise sauce.

The crispy, spicy tuna is made up of a sweet rice spring roll and topped with tuna and spicy mayonnaise sauce.

As the mid-afternoon sunlight poured into Frenasia in Howard Beach last Thursday, everyone from elderly couples to groups of businessmen gathered at wooden tables with views of the Shellbank Basin and hovered over menus offering seemingly endless options of Asian fusion cuisine.

From my own corner of the restaurant, with a view of a colorful Gustav Klimt print, ornate wooden carvings and flowers bursting to life in every windowsill, I could hear the other diners as they debated what they should order. Miso soup or spicy salmon salad for appetizers? The Howard Beach dragon roll or the Tribeca roll? Grilled garlic prawns or sesame-crusted tuna loin for entrees? The options are almost daunting.

For me, owner Sam Lin, a Hong Kong native who opened Frenasia in 2004, brought perfectly presented dishes that were almost too pretty to eat — almost.

To start things off, I had the tuna carpaccio, which included sliced tuna, mango, cilantro, cucumber and diced onions served with Thai lemongrass and a vinaigrette sauce.

Next came the crispy spicy tuna, which included a sweet rice spring roll topped with spicy tuna — customers can also order it with lobster — and served with spicy mayonnaise sauce.

By the time the grand finale —the surf and turf —arrived, I was already pretty full, but the filet mignon looked so juicy and the shrimp’s muted orange contrasted so perfectly with the vibrantly colored carrots and fresh asparagus, that I couldn’t help but hear my stomach begin to rumble again.

As I began to wonder if I would ever need to eat again, Lin pointed out that since opening the restaurant nearly eight years ago he has increased the portion size and cut the customer’s price tag.

Recently, Lin began to offer a three-course lunch and dinner special. For $13.99 for lunch, or $19.99 for dinner, patrons can get an appetizer, entree and dessert. Customers can choose from a number of options, including a sun-dried tomato and avocado roll or dumpling soup for an appetizer, and surf and turf, sauteed mussels or crispy chicken and shrimp with honey walnuts, sesame sauce and lemon creme for the main course. As for dessert, there’s ice cream, banana flamble or a mango fruit tart.

In the warmer weather, customers can take in the water views from the outside patio, and Lin noted that there’s an indoor-outdoor bar.