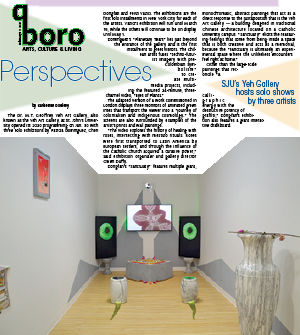 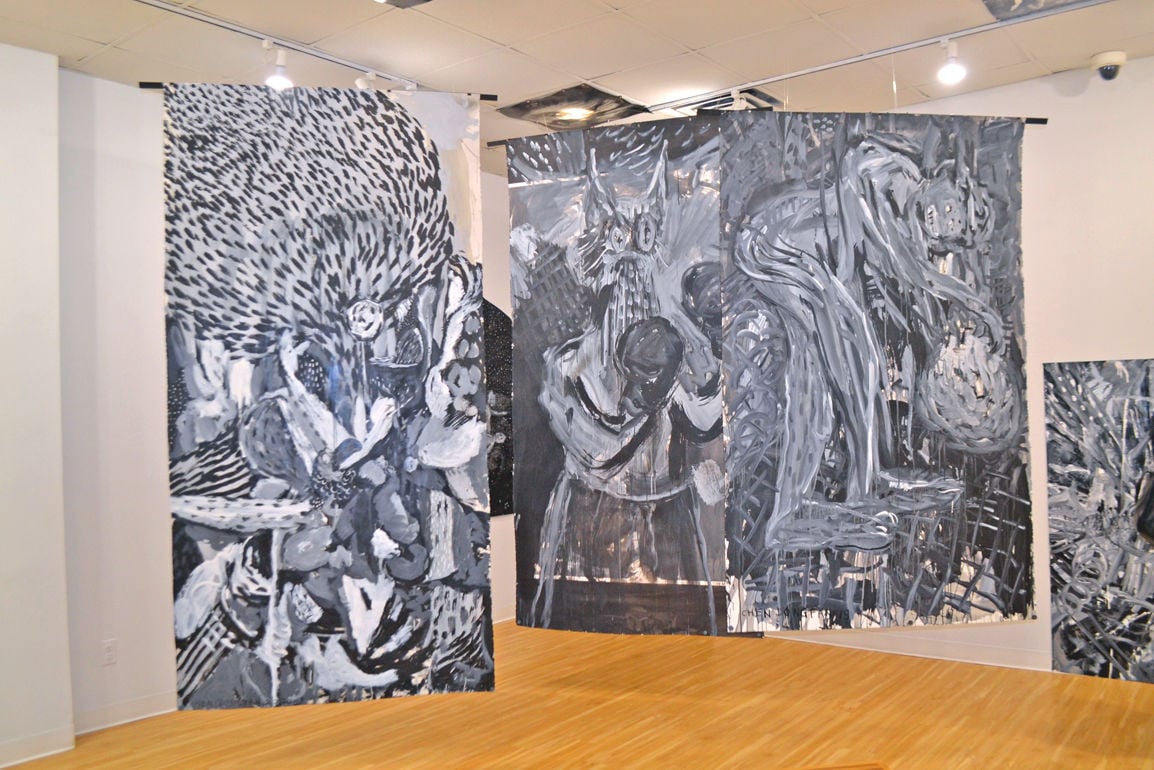 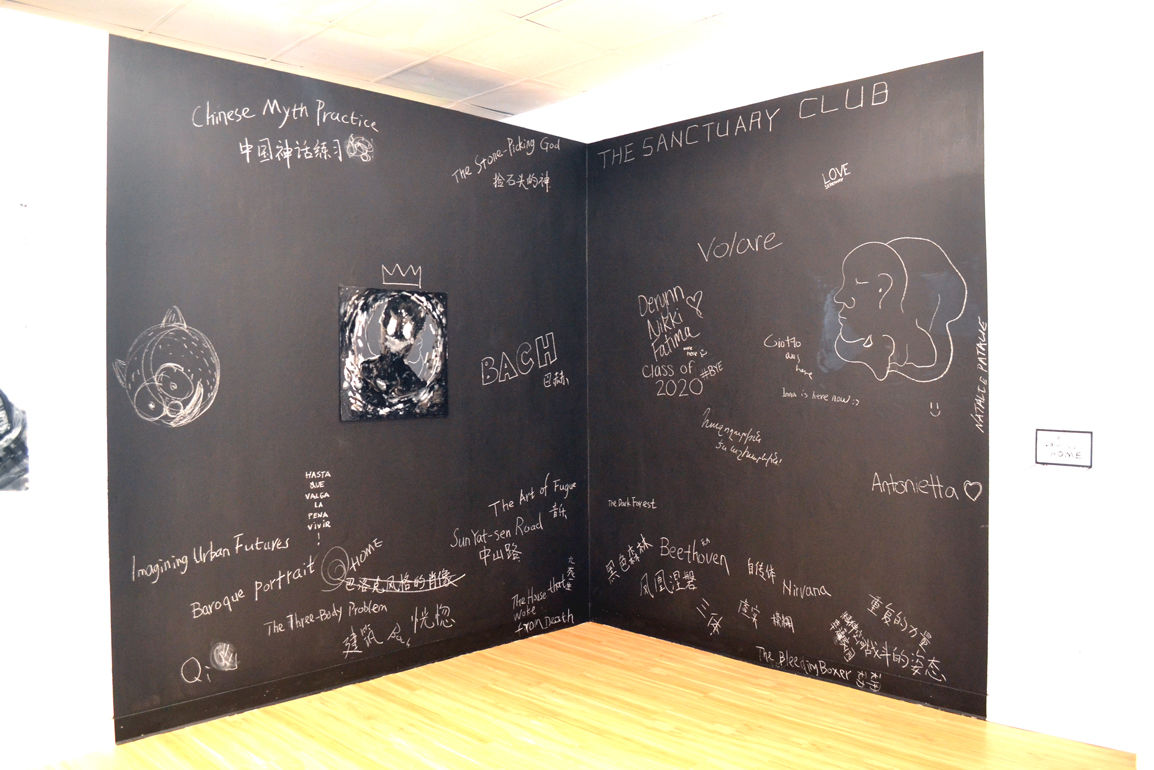 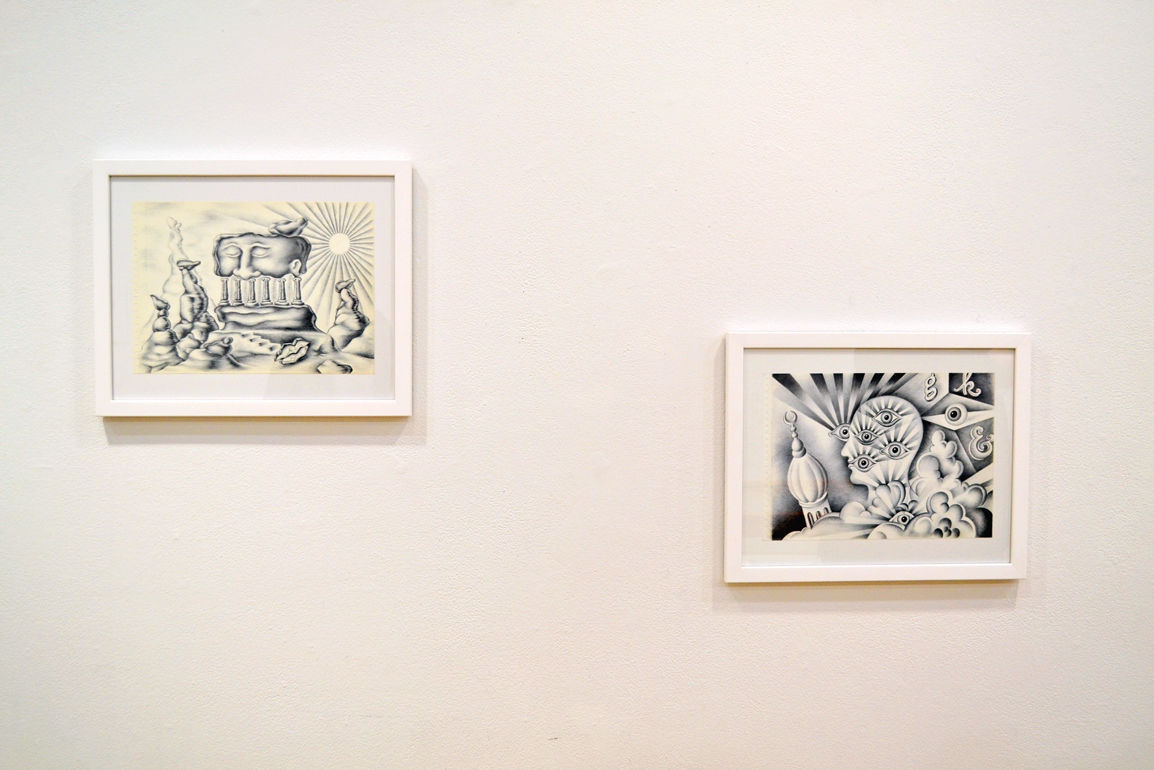 Among Fevzi Yazc’s 40 featured artworks, many of which were created during his current incarceration.

Among Fevzi Yazc’s 40 featured artworks, many of which were created during his current incarceration.

The Dr. M.T. Geoffrey Yeh Art Gallery, also known as the Yeh Art Gallery, at St. John’s University opened its 2020 programming on Jan. 30 with three solo exhibitions by Patrcia Dom’nguez, Chen Dongfan and Fevzi Yazc. The exhibitions are the first solo installments in New York City for each of the artists. Yazc’s exhibition will run until March 15, while the others will continue to be on display until May 1.

Dom’nguez’s “Planetary Tears” lies just beyond the entrance of the gallery and is the first installment to greet visitors. The Chilean artist fuses “techno-futurist imagery with pre-Colombian symbolism” to create multimedia projects, including the featured 24-minute, three-channel video, “Eyes of Plants.”

The adapted version of a work commissioned in London displays three monitors of animated green irises that transport the viewer into a “journey of colonialism and indigenous cosmology.” The screens are also surrounded by examples of the artist’s prints and wall paintings.

“The video explores the history of healing with roses, intersecting with mestizo rituals: Roses were first transported to Latin America by European settlers, and through the influence of the Catholic Church acquired a curative power,” said exhibition organizer and gallery director Owen Duffy.

Dongfan’s “Sanctuary” features multiple giant, monochromatic, abstract paintings that act as a direct response to the juxtaposition that is the Yeh Art Gallery — a building designed in traditional Chinese architecture located on a Catholic university campus. “Sanctuary” elicits the reassuring feelings that come from being inside a space that is both creative and acts as a memorial, because the “sanctuary is ultimately an experimental space where the unlikeliest encounters feel right at home.”

Other than the large-scale paintings that reconcile “a calligraphic energy with the destructive potency of graffiti,” Dongfan’s exhibition also features a giant interactive chalkboard. There visitors are encouraged to respond to the art and leave their own, which Dongfan will blend together with a new, spontaneous one in part of a collaborative performance with the Shanghai Restoration Project on Feb. 22.

The third exhibition, “DARK WHITE,” features works by Yazc, an award-winning Turkish visual journalist currently serving a jail sentence in Istanbul on terrorism charges. The 40 featured drawings, typographies and notes date prior to and during his 2016 incarceration. The featured artworks range from 2009 to the present, the recent of which demonstrate a “careful, labor-intensive use of stipple, creating gentle and detailed transitions from white to black via thousands of dots.”

The exhibition’s title refers to the materials and techniques used to create the installation, as well as his current conditions of production within the prison. “You cannot arrest art and imagination,” reminds Yazc.