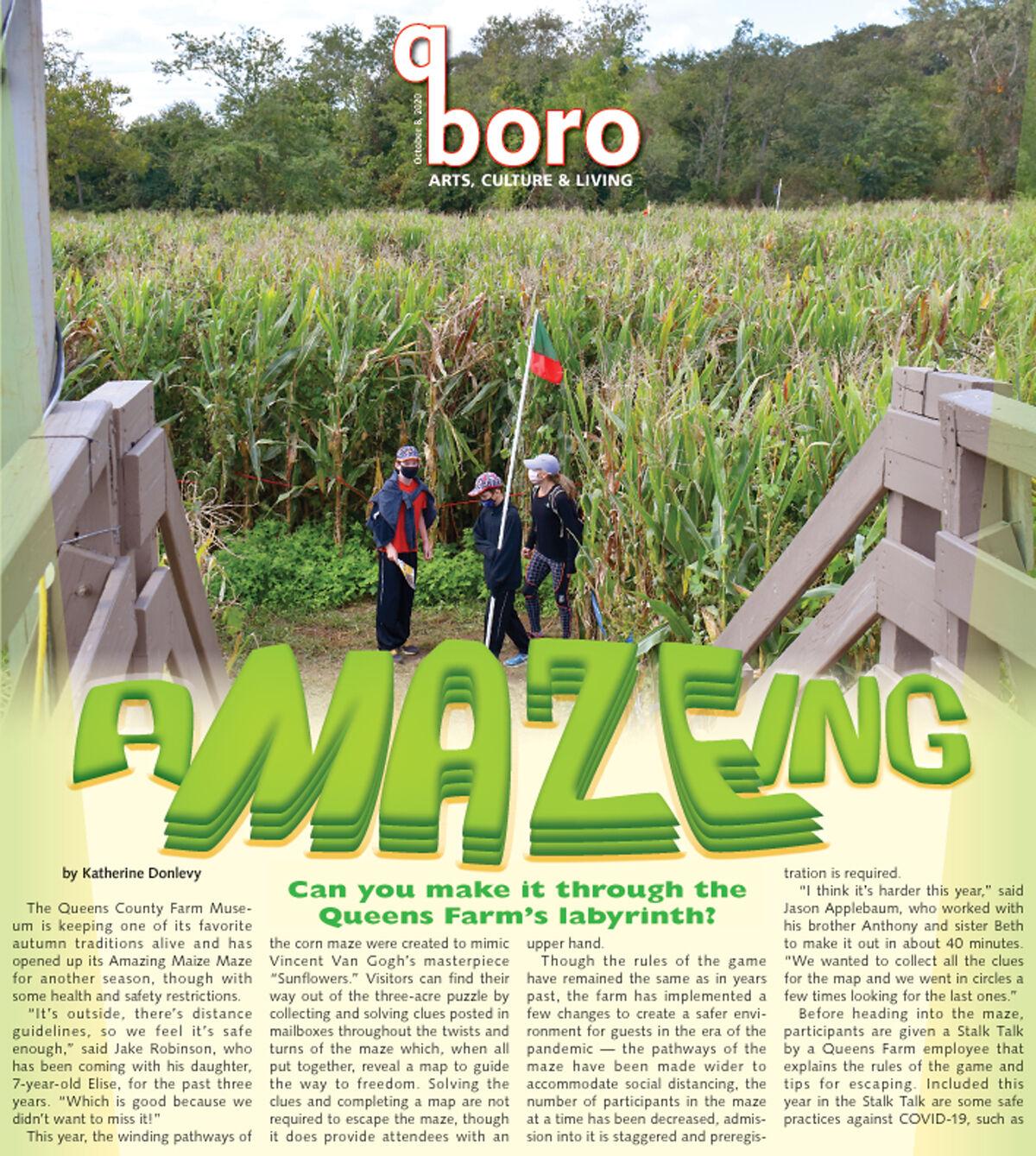 On the cover: a family begins their journey through the maze. 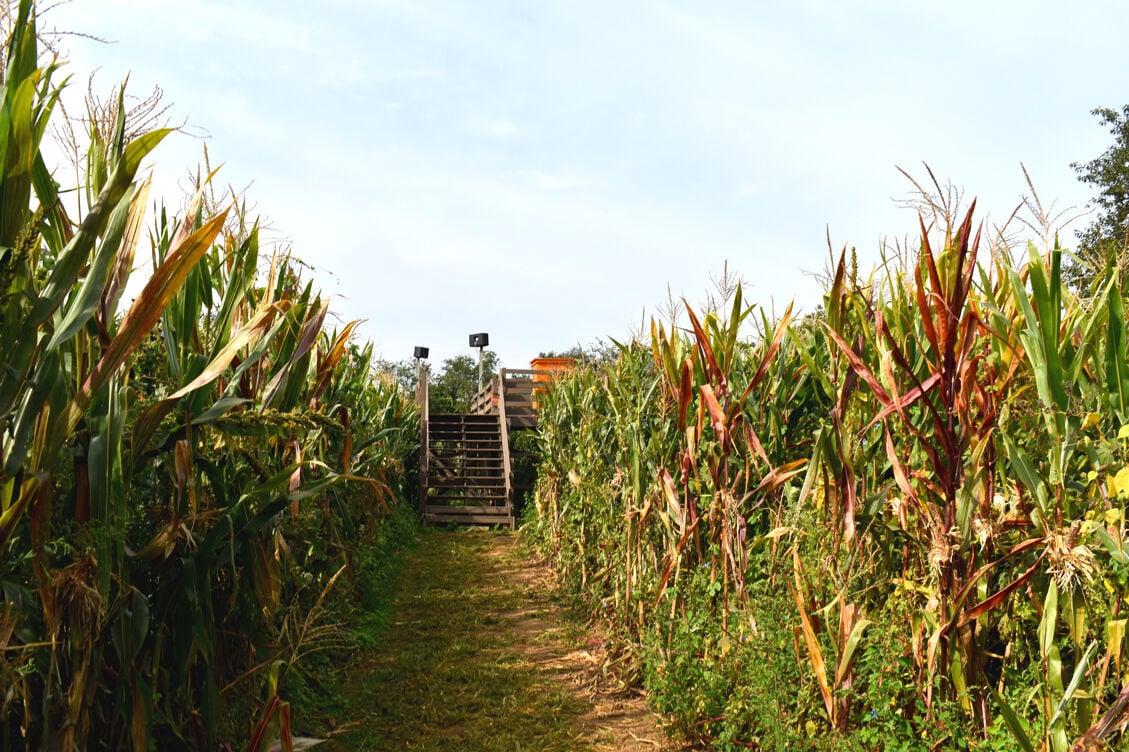 The Victory Bridge at the end of the Amazing Maize Maze offers a full view of the 3-acre puzzle. 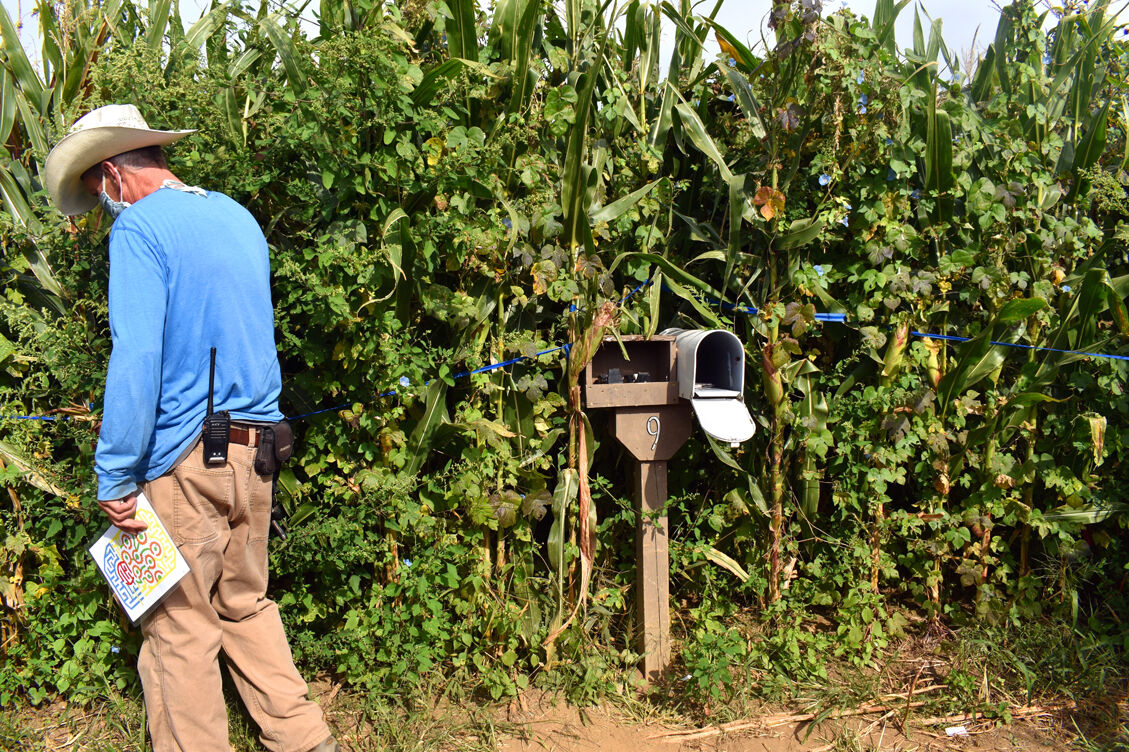 The Amazing Maize Maze has clue mailboxes scattered throughout.

On the cover: a family begins their journey through the maze.

The Victory Bridge at the end of the Amazing Maize Maze offers a full view of the 3-acre puzzle.

The Amazing Maize Maze has clue mailboxes scattered throughout.

The Queens County Farm Museum is keeping one of its favorite autumn traditions alive and has opened up its Amazing Maize Maze for another season, though with some health and safety restrictions.

“It’s outside, there’s distance guidelines, so we feel it’s safe enough,” said Jake Robinson, who has been coming with his daughter, 7-year-old Elise, for the past three years. “Which is good because we didn’t want to miss it!”

This year, the winding pathways of the corn maze were created to mimic Vincent Van Gogh’s masterpiece “Sunflowers.” Visitors can find their way out of the three-acre puzzle by collecting and solving clues posted in mailboxes throughout the twists and turns of the maze which, when all put together, reveal a map to guide the way to freedom. Solving the clues and completing a map are not required to escape the maze, though it does provide attendees with an upper hand.

Though the rules of the game have remained the same as in years past, the farm has implemented a few changes to create a safer environment for guests in the era of the pandemic — the pathways of the maze have been made wider to accommodate social distancing, the number of participants in the maze at a time has been decreased, admission into it is staggered and preregistration is required.

“I think it’s harder this year,” said Jason Applebaum, who worked with his brother Anthony and sister Beth to make it out in about 40 minutes. “We wanted to collect all the clues for the map and we went in circles a few times looking for the last ones.”

Before heading into the maze, participants are given a Stalk Talk by a Queens Farm employee that explains the rules of the game and tips for escaping. Included this year in the Stalk Talk are some safe practices against COVID-19, such as keeping a face covering on at all times and staying an appropriate distance from other groups. Participants are provided an 8-foot flag that peeks out above the cornstalks in case a group needs extra help to get back on track.

At the end of the maze, participants will find their way onto the Victory Bridge, where they are offered a full view of the “Sunflowers” maze and the tips of flags from other groups making their way through the puzzle.

“My favorite part was the stickers,” said 6-year-old Anna, referring to the puzzle pieces that make up the map, and revealing that she took a few extra home as souvenirs.

The Queens Farm also offers a special Maze by Moonlight challenge on Oct. 24 across two sessions — 5:30 to 7:30 p.m. and 7:30 p.m. to 9:30 p.m. Though the rules are the same, the darkness adds an extra layer of difficulty to the puzzle, and participants are asked to bring their own flashlights.

The Queens Farm also offers a plethora of other autumn activities on its campus, such as hayrides and pumpkin picking as well as the sale of locally made apple cider donuts, pies and Hudson Valley apples.

“That’s the prize for finishing the maze!” said Anna’s mother, Rebecca, who opted to exclude their last name. “Donuts for a job well done.”

To reserve tickets for the Amazing Maize Maze, or for more information, visit queensfarm.org/index.html, email info@queensfarm.org or call (718) 347-3276.