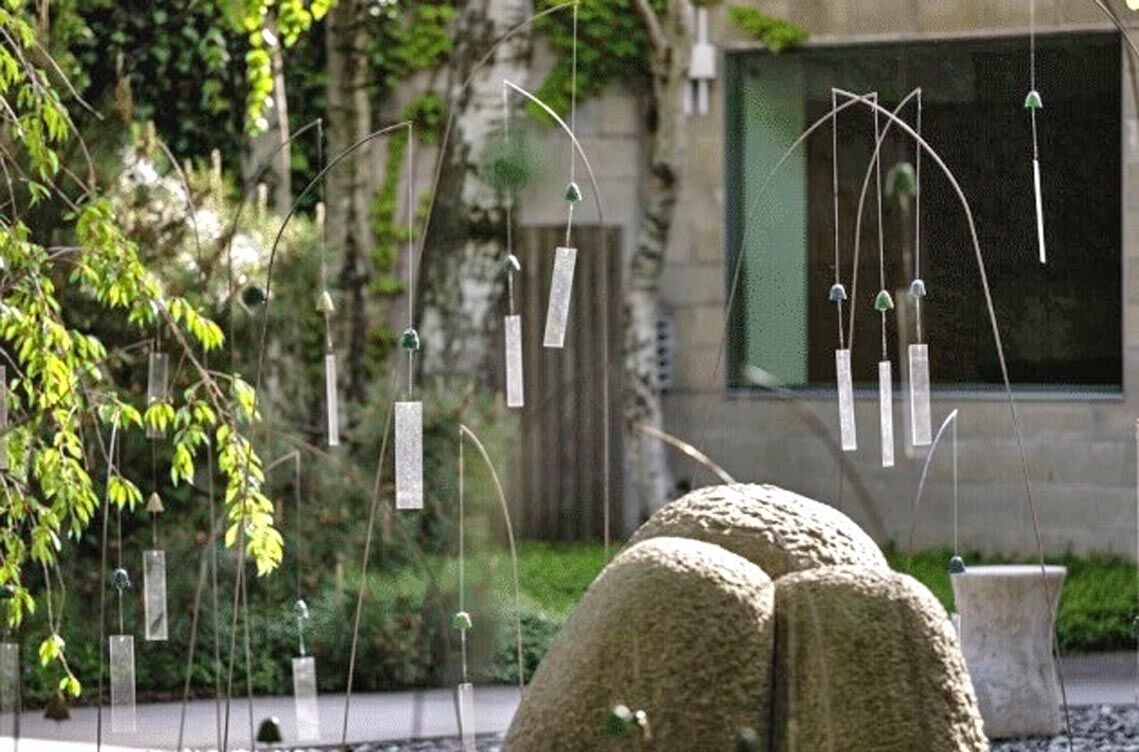 The bells of “Animitas” are on display at the Noguchi Museum in Long Island City. 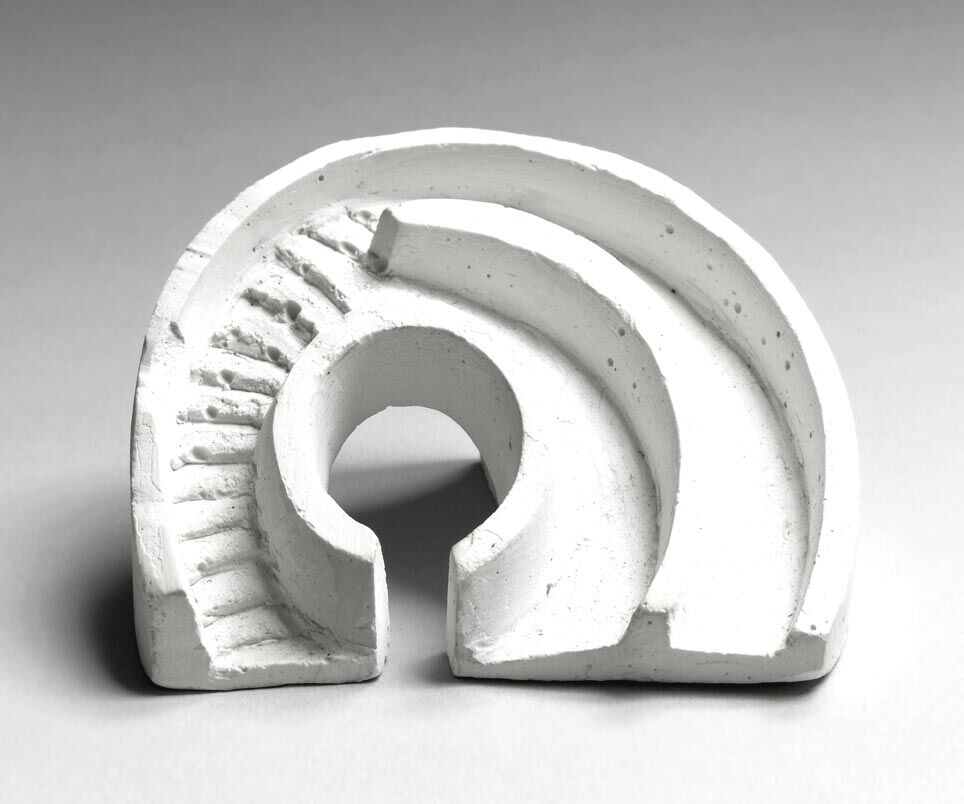 “Model for Slide Mantra” is on display at the Noguchi Museum in Long Island City.

The bells of “Animitas” are on display at the Noguchi Museum in Long Island City.

“Model for Slide Mantra” is on display at the Noguchi Museum in Long Island City.

Visionary artist, sculptor and landscaper Isamu Noguchi (1904-1988) believed sculpture had spiritual power beyond its architectural function. It could connect people to nature instead of detaching them from it. “If sculpture is the rock, it is also the space between the rocks, and between the rock and a man, and the communication and contemplation between,” he said.

The exhibit “Useless Architecture,” at the Noguchi Museum in Long Island City through May 8, 2022, is based on Noguchi’s interpretation of the sculptures of India’s Jantar Mantars, created by Maharaja Jai Singh II in the eighteenth century. After visiting two of five original astronomical observatories in Delhi and Jaipur, Noguchi described them as “useless architecture, useful sculpture.”

On a social level, the concept of useless architecture can be a rebuke of toxic power structures who deem activity that doesn’t actively generate a profit for them worthless.

One of Noguchi’s unrealized projects, proposed in 1952, was a cenotaph he was invited to create to commemorate the victims of the Hiroshima and Nagasaki atomic bombings. It included an underground crypt to symbolically connect the living with the departed. But less than a decade after the bombs fell, Noguchi faced a political barrier to his proposal going forward: He was an American. The plans fell through.

Undeterred, his commitment to Japan’s recovery was unaffected. He designed railings for the bridges leading to Peace Park in Hiroshima, entitling them “Tsukuru” (to build) and “Yuku” (to depart). Thirty years later, he moved to have his “Memorial to the Atomic Dead,” on display through Aug. 15, erected in Washington, DC, to protest the bomb. He told a supporter, “All in all the times seem right for a good look at our position here in this world.”

Made of Brazilian granite, multiple models of the cenotaph stand in different areas of the museum. Companion displays reveal the bomb’s aftermath as melted objects fused together (“Love of Two Boards”). Noguchi’s inclusion of unrealized projects, what could have been, explores loss, the anguish of grieving what could have been.

Christian Boltanski’s “Animitas,” there through Sept. 5, is an emotional event as much as it is a physical work. Its first incarnation was in the high-altitude Atacama Desert in 2014. Described as “the music of lost souls,” the most recent “Animitas” is in the museum’s sculpture garden and named for roadside shrines to the departed in Chile. Bronze bells affixed to slender steel stems create eerily beautiful aural tapestries of sound as air passes through them. Depending on the wind, the bells softly chime or clamor urgently, sometimes going silent. Thematically convergent with Noguchi’s “Memorials to the Atomic Dead,” the bells could represent the voices that belonged to the shadows burnt into Hiroshima’s and Nagasaki’s walls.

Indoors, Boltanski’s video “La Forêt des Murmures” (2016) shows the permanent installation on the Japanese island of Teshima. Visitors have the option to engrave a name on a bell chime, expanding from viewer to component collaborator, becoming a permanent part of the work. In the vein of Michelangelo, if sculpture is about freeing the shape from the stone, “Animitas” is about freeing the sound from the silence.

This article originally used the wrong word in a quote by Isamu Noguchi that referred to "sculpture" and implied he practiced an additional profession for which he was not licensed, though he worked within its realm. Two other typos also were corrected. We regret the errors.