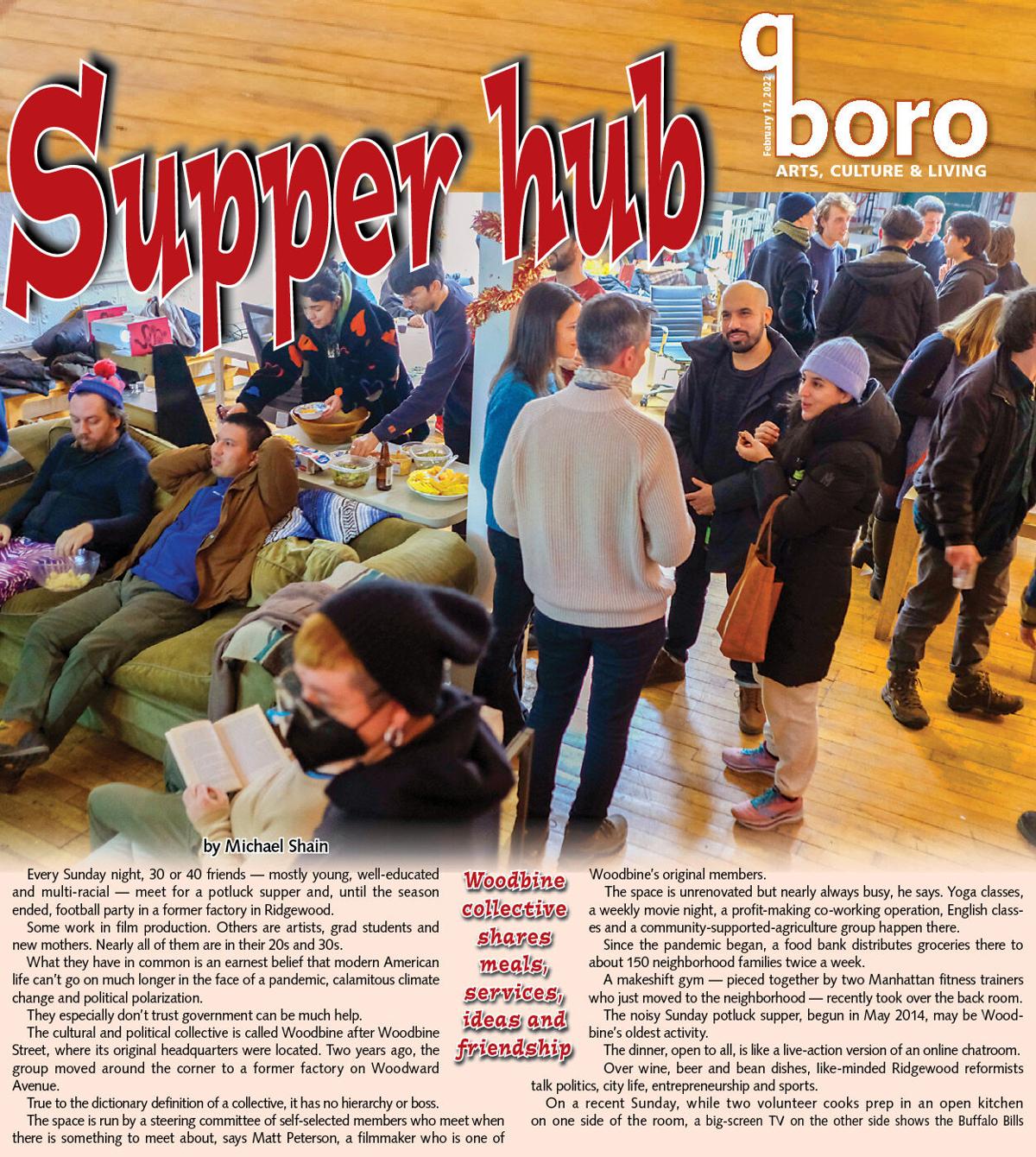 Dinner draws a crowd to chow down, watch sports and talk mutual aid. 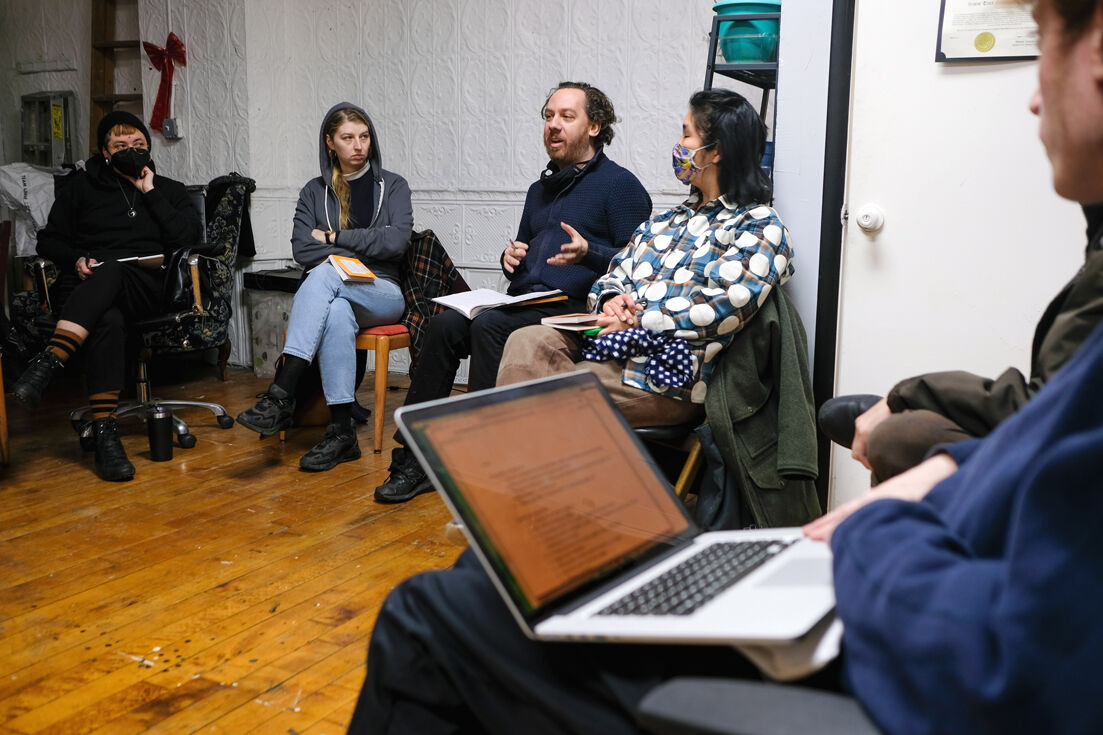 Matt Peterson, center, one of the founding members of Woodbine, joins the weekly reading group which meets right before the Sunday potluck supper.

Dinner draws a crowd to chow down, watch sports and talk mutual aid.

Matt Peterson, center, one of the founding members of Woodbine, joins the weekly reading group which meets right before the Sunday potluck supper.

Every Sunday night, 30 or 40 friends — mostly young, well-educated and multi-racial — meet for a potluck supper and, until the season ended, football party in a former factory in Ridgewood.

Some work in film production. Others are artists, grad students, and new mothers. Nearly all of them are in their 20s and 30s.

What they have in common is an earnest belief that modern American life can’t go on much longer in the face of a pandemic, calamitous climate change and political polarization.

They especially don’t trust government can be much help.

The cultural and political collective is called Woodbine after Woodbine Street, where its original headquarters were located. Two years ago, the group moved around the corner to a former factory on Woodward Avenue.

True to the dictionary definition of a collective, it has no hierarchy or boss.

The space is run by a steering committee of self-selected members who meet when there is something to meet about, says Matt Peterson, a filmmaker who is one of Woodbine’s original members.

The space is unrenovated but nearly always busy, he says. Yoga classes, a weekly movie night, a profit-making co-working operation, English classes and a community-supported-agriculture group happen there.

Since the pandemic began, a food bank distributes groceries there to about 150 neighborhood families twice a week.

A makeshift gym — pieced together by two Manhattan fitness trainers who just moved to the neighborhood — recently took over the back room.

The noisy Sunday potluck supper, begun in May 2014, may be Woodbine’s oldest activity.

The dinner, open to all, is like a live-action version of an online chatroom.

On a recent Sunday, while two volunteer cooks prep in an open kitchen on one side of the room, a big-screen TV on the other side shows the Buffalo Bills playoff game. (“They’re the only football team that pays taxes in New York,” says Peterson.)

A $5 donation is suggested to cover food costs. Some regulars bring wine or party dip in Tupperware as well. Woodbine’s reading group meets for two hours just before the dinner.

For a book-club discussion, the turnout is notable. Eighteen people are grappling with the night’s designated topic: mutual aid as a way to change the world and make friends.

Maria Herron, who works in film production, began coming to the dinners in 2017 just as she was starting a bookstore, Mil Mundos, in Bushwick.

“Everyone is fantastic. They’ve all got their own projects,” she says. “Community winds up being born out of places like this.”

Years ago, the urge to get social like this was tied to religion, business groups or ethnic identity. These days, it’s decentralized and autonomous.

“It’s not a home; it’s not a bar,” said Peterson, just before kickoff. “It’s a different way to spend time together.

“And you don’t have to buy anything to stay here.”