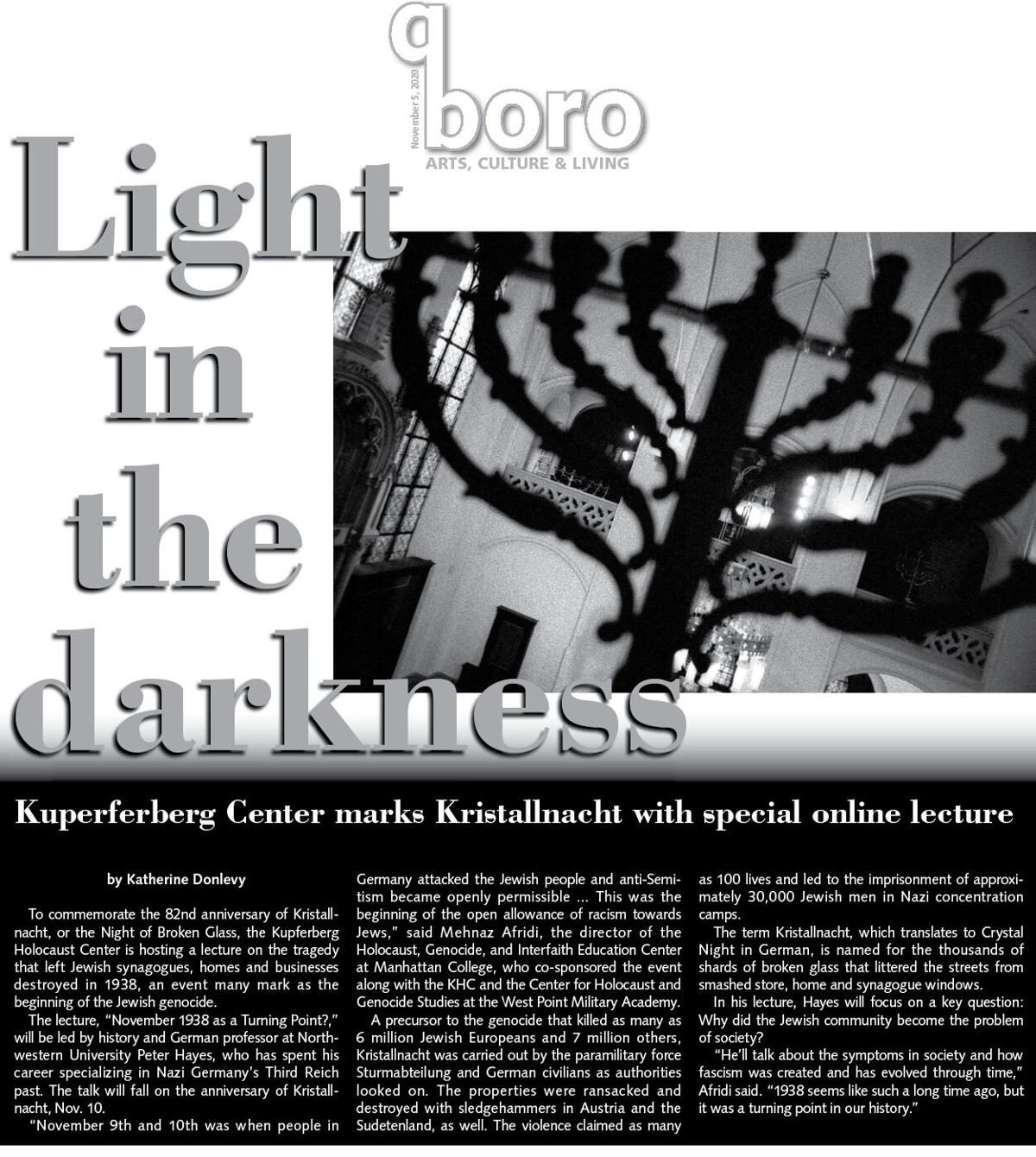 On the front: A photo from the tragedy provided by the United States Holocaust Memorial Museum. 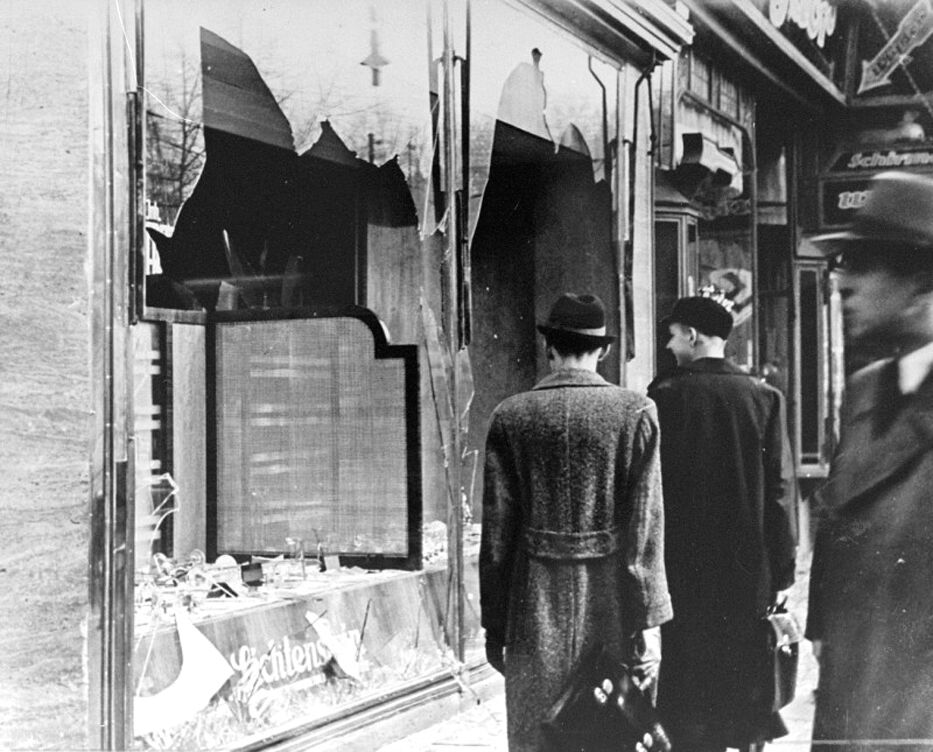 Civilians walk through the aftermath of Kristallnacht in 1938 Germany, which left thousands of Jewish businesses, homes and synagogues destroyed.

On the front: A photo from the tragedy provided by the United States Holocaust Memorial Museum.

Civilians walk through the aftermath of Kristallnacht in 1938 Germany, which left thousands of Jewish businesses, homes and synagogues destroyed.

To commemorate the 82nd anniversary of Kristallnacht, or the Night of Broken Glass, the Kupferberg Holocaust Center is hosting a lecture on the tragedy that left Jewish synagogues, homes and businesses destroyed in 1938, an event many mark as the beginning of the Jewish genocide.

The lecture, “November 1938 as a Turning Point?,” will be led by history and German professor at Northwestern University Peter Hayes, who has spent his career specializing in Nazi Germany’s Third Reich past. The talk will fall on the anniversary of Kristallnacht, Nov. 10.

“November 9th and 10th was when people in Germany attacked the Jewish people and anti-Semitism became openly permissible ... This was the beginning of the open allowance of racism towards Jews,” said Mehnaz Afridi, the director of the Holocaust, Genocide, and Interfaith Education Center at Manhattan College, who co-sponsored the event along with the KHC and the Center for Holocaust and Genocide Studies at the West Point Military Academy.

A precursor to the genocide that killed as many as 6 million Jewish Europeans and 7 million others, Kristallnacht was carried out by the paramilitary force Sturmabteilung and German civilians as authorities looked on. The properties were ransacked and destroyed with sledgehammers in Austria and the Sudetenland, as well. The violence claimed as many as 100 lives and led to the imprisonment of approximately 30,000 Jewish men in Nazi concentration camps.

The term Kristallnacht, which translates to Crystal Night in German, is named for the thousands of shards of broken glass that littered the streets from smashed store, home and synagogue windows.

In his lecture, Hayes will focus on a key question: Why did the Jewish community become the problem of society?

“He’ll talk about the symptoms in society and how fascism was created and has evolved through time,” Afridi said. “1938 seems like such a long time ago, but it was a turning point in our history.”

Hayes will draw many points from his 2017 book, “Why? Explaining the Holocaust,” though Afridi emphasized that one does not need to have prior knowledge about the book or much about Kristallnacht itself before attending the talk. Hayes and the audience will evaluate the patterns of racism and delve into the history of anti-Semitism to better understand how fascism and racism exist today.

Before the lecture begins, there will be a short performance by the West Point Jewish Chapel Choir to honor the lives that were lost nearly a century ago.

Despite the solemn observation and commemoration of the tragedy, Afridi pointed out that the program will not leave its audience in despair.

“There’s a positivity because there were survivors, and what they did with their lives is phenomenal,” she said, noting that the world Jewish population is at its pre-Holocaust level of 16.5 million individuals. “Jews have now become a thriving community in so many parts of the world.”

Though crimes against the Jewish population are still disproportionately prevalent in modern society compared to other hate crimes — anti-Semitic crimes in New York City made up nearly 58 percent of all hate incidents in 2019 and nearly 47 percent thus far in 2020 — Afridi hopes the lecture will remind its attendees that populations share more commonalities than differences.

“The hope we have is that humanity never gives up, and that there are people who speak up for each other in horrible situations,” she said. “What they can take from this event is how society functions, how propaganda is used and then to evaluate it in their own community and ask questions about racism. This is a moment of education and reflection — to think about how diverse America is and how we can keep that diversity and not fall into prejudice and racism.”

For more information on the lecture “November 1938 as a Turning Point?,” or to see the Kupferberg Holocaust Center’s new Nazi Concentration Camp exhibit, visit at khc.qcc.cuny.edu.