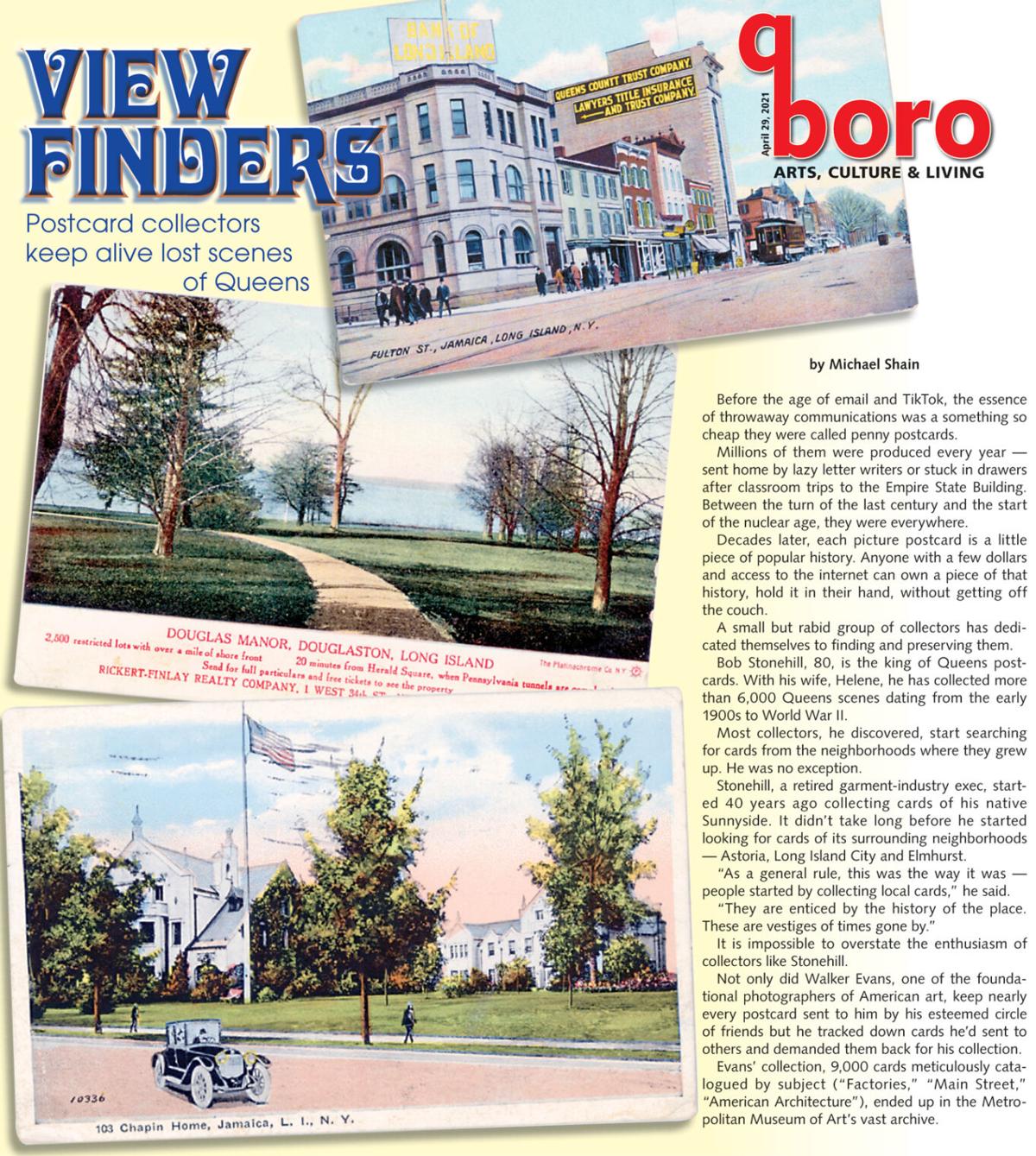 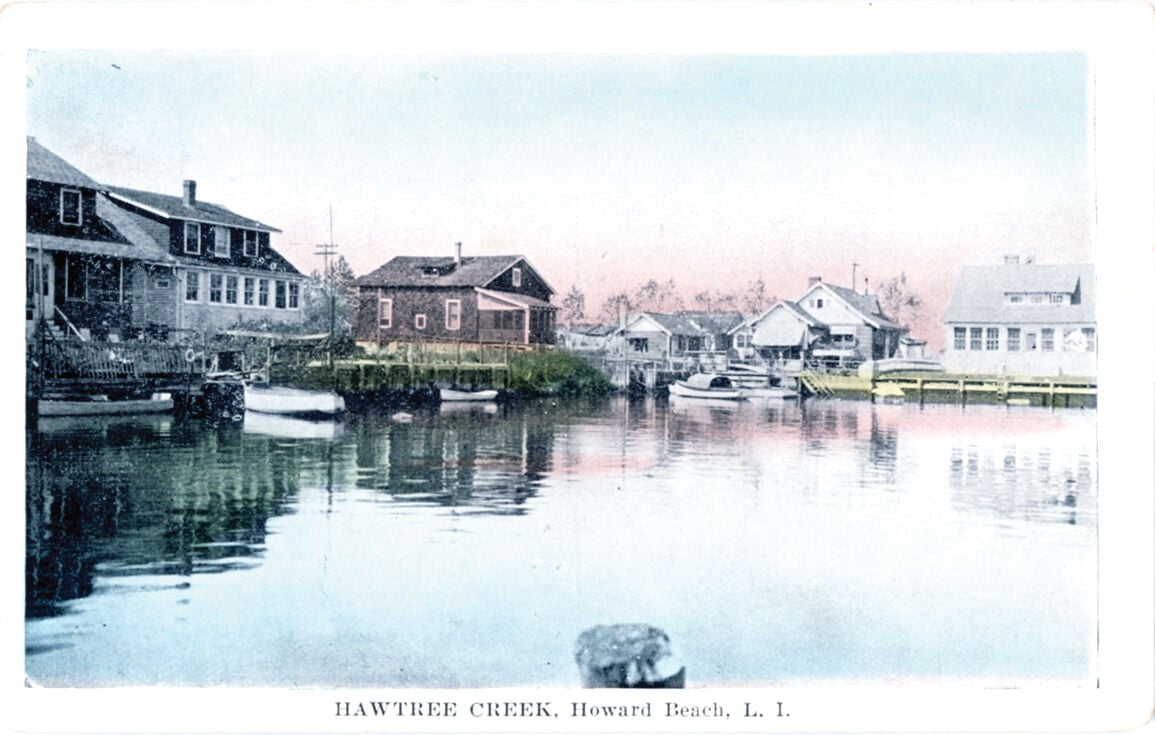 Hawtree Creek in Howard Beach in the 1920s. 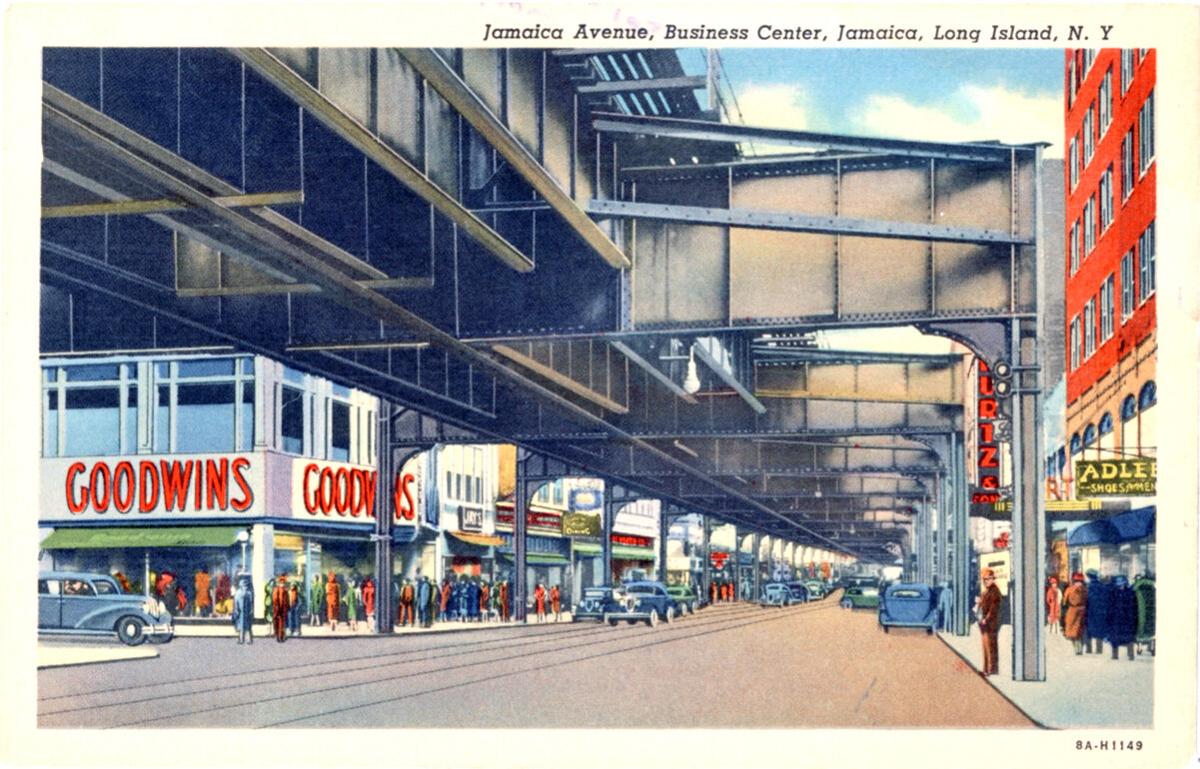 Jamaica Avenue in Richmond Hill in the ’30s. 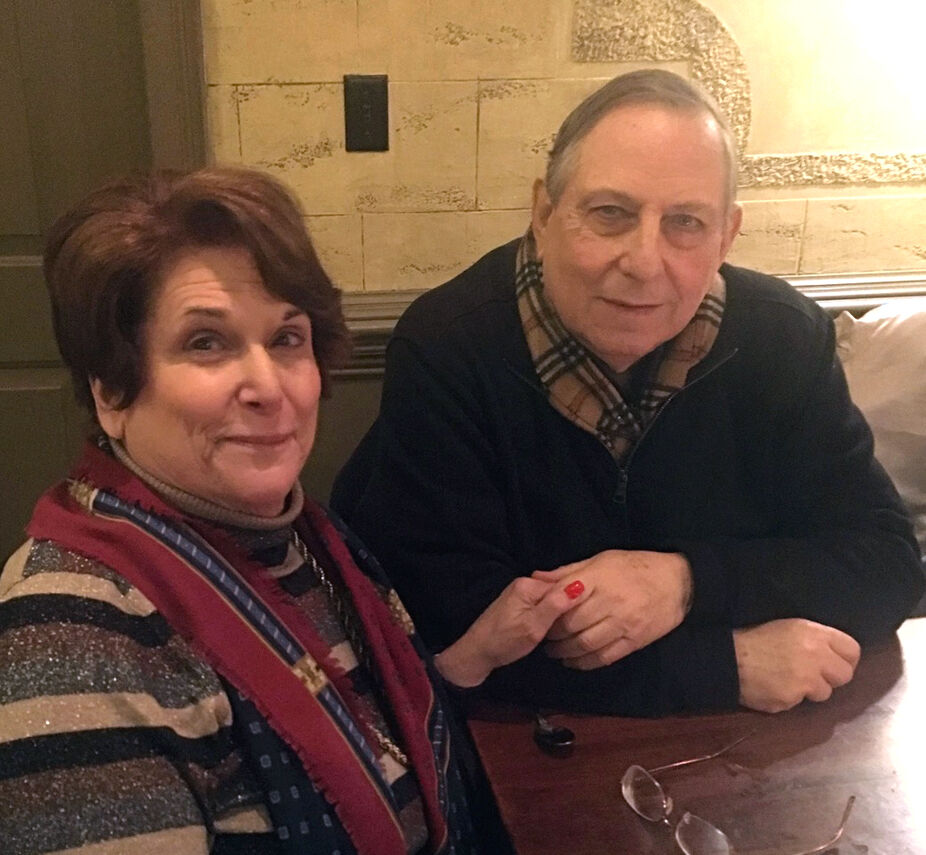 Bob Stonehill with his wife, Helene.

Hawtree Creek in Howard Beach in the 1920s.

Jamaica Avenue in Richmond Hill in the ’30s.

Bob Stonehill with his wife, Helene.

Before the age of email and TikTok, the essence of throwaway communications was a something so cheap they were called penny postcards.

Millions of them were produced every year — sent home by lazy letter writers or stuck in drawers after classroom trips to the Empire State Building. Between the turn of the last century and the start of the nuclear age, they were everywhere.

Decades later, each picture postcard is a little piece of popular history. Anyone with a few dollars and access to the internet can own a piece of that history, hold it in their hand, without getting off the couch.

A small but rabid group of collectors has dedicated themselves to finding and preserving them.

Bob Stonehill, 80, is the king of Queens postcards. With his wife, Helene, he has collected more than 6,000 Queens scenes dating from the early 1900s to World War II.

Most collectors, he discovered, start searching for cards from the neighborhoods where they grew up. He was no exception.

Stonehill, a retired garment-industry exec, started 40 years ago collecting cards of his native Sunnyside. It didn’t take long before he started looking for cards of its surrounding neighborhoods — Astoria, Long Island City and Elmhurst.

“As a general rule, this was the way it was — people started by collecting local cards,” he said.

“They are enticed by the history of the place. These are vestiges of times gone by.”

It is impossible to overstate the enthusiasm of collectors like Stonehill.

Not only did Walker Evans, one of the foundational photographers of American art, keep nearly every postcard sent to him by his esteemed circle of friends but he tracked down cards he’d sent to others and demanded them back for his collection.

What is the appeal of old postcards to people like Bob Stonehill and Walker Evans?

Evans said, without embarrassment, that postcards are akin to Leonardo DaVinci’s medical drawings, pictures of the human body, embryos, muscles and bone. The drawings were created to be purely practical things, documentary evidence of what few people could see themselves.

But now those drawings transcend their purely documentary purpose and serve as art. “Lyrical documentaries,” he called them.

The “lyrical” part of postcards has to do with the fact that they rarely portrayed scenes as they really were.

The publishers of postcards were no more interested in depicting what Jamaica Avenue looked like in the 1930s than comic books were to giving a true picture of what it was like to be “a mild-mannered reporter for a great metropolitan newspaper.”

“I was driven to buy these cards,” said Stonehill.

His massive collection, stored in binders geographically labeled by neighborhood from “Astoria” to “Whitestone,” took the Greater Astoria Historical Society four years to scan. “But it’s all there now,” he said.

Collecting postcards with scenes of Queens is harder than, say, Manhattan or Brooklyn. During the golden age of postcards — roughly from 1905 thorough the early 1930s — Queens was essentially rural and burgeoning suburbs.

“It just wasn’t that interesting and not a lot of people wanted them back then,” said Stonehill.

“Richmond Hill is overloaded with street scenes,” for instance, he said.

Also easy to find is a century worth of cards depicting summertime frolickers in the Rockaways.

Cards from the two World’s Fairs in Flushing Meadows are actually a category unto themselves, which Stonehill leaves to others.

The rarest Queens cards in his collection are a picture of the Queens Village LIRR station, “probably 1905,” he said, and one dating back to 1910 advertising lots for sale in Springfield Gardens.

Almost nothing exists other than what collectors call “view postcards,” meaning pictures of buildings or pretty scenes, Stonehill said.

“They didn’t think people were important,” he said.