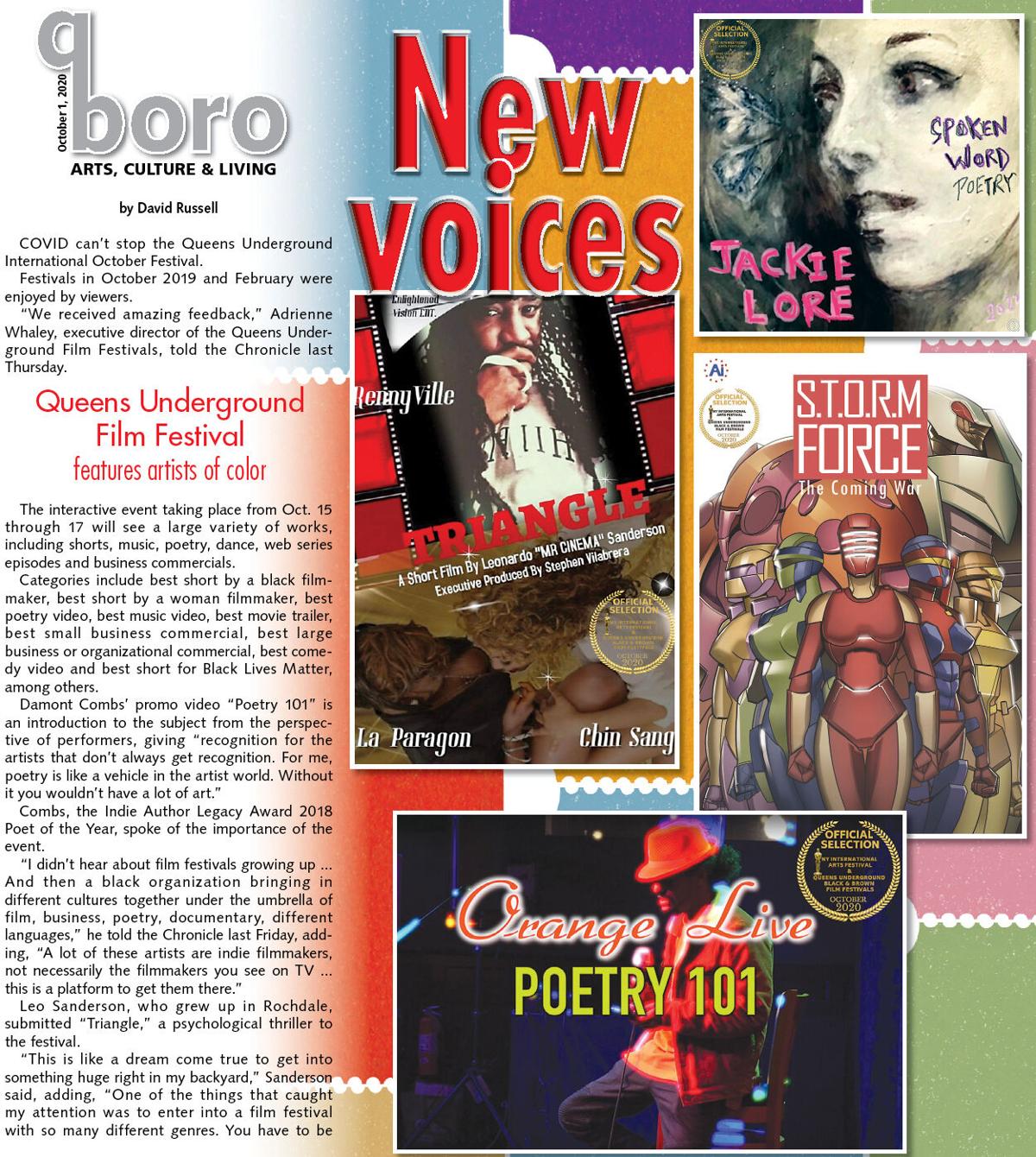 On the cover: Movies that will be shown at the festival include these four. 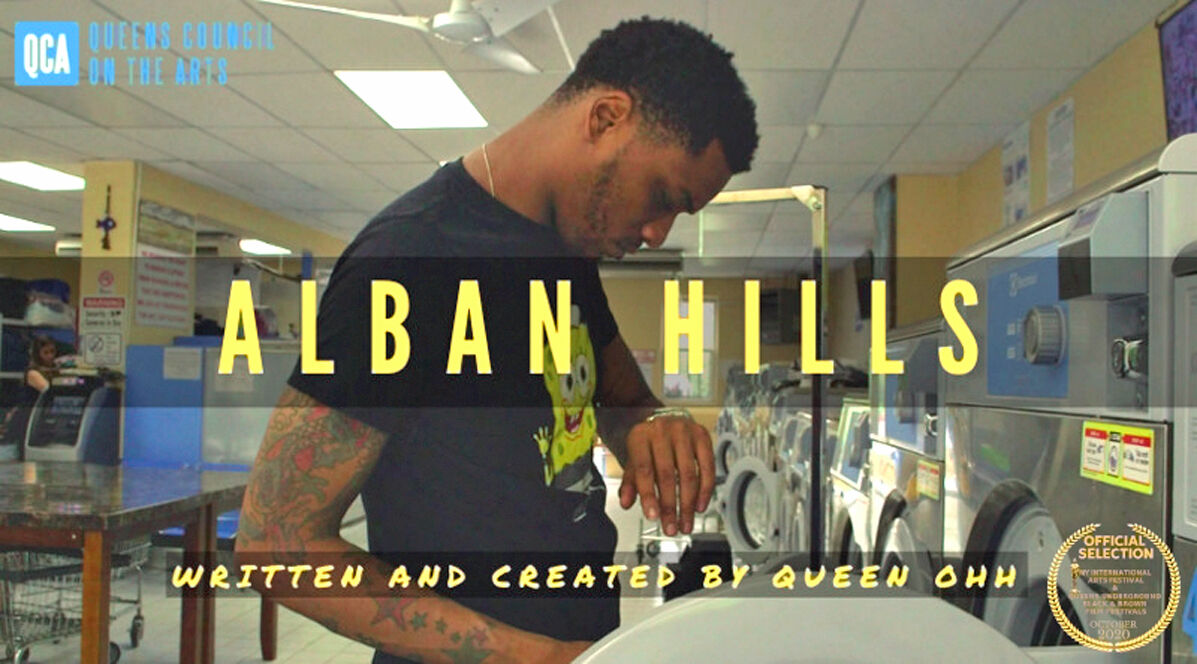 Danielle Overton’s “Alban Hills” is a web series that will be screened at the Queens Underground Film Festival, running Oct. 15 to 17.

On the cover: Movies that will be shown at the festival include these four.

Danielle Overton’s “Alban Hills” is a web series that will be screened at the Queens Underground Film Festival, running Oct. 15 to 17.

Festivals in October 2019 and February were enjoyed by viewers.

The interactive event taking place from Oct. 15 through 17 will see a large variety of works, including shorts, music, poetry, dance, web series episodes and business commercials.

Damont Combs’ promo video “Poetry 101” is an introduction to the subject from the perspective of performers, giving “recognition for the artists that don’t always get recognition. For me, poetry is like a vehicle in the artist world. Without it you wouldn’t have a lot of art.”

Combs, the Indie Author Legacy Award 2018 Poet of the Year, spoke of the importance of the event.

“I didn’t hear about film festivals growing up ... And then a black organization bringing in different cultures together under the umbrella of film, business, poetry, documentary, different languages,” he told the Chronicle last Friday, adding, “A lot of these artists are indie filmmakers, not necessarily the filmmakers you see on TV ... this is a platform to get them there.”

Leo Sanderson, who grew up in Rochdale, submitted “Triangle,” a psychological thriller, to the festival.

“This is like a dream come true to get into something huge right in my backyard,” Sanderson said, adding, “One of the things that caught my attention was to enter into a film festival with so many different genres. You have to be top-notch in your genre. I felt blessed to be accepted in because you don’t see variety like that in film festivals.”

Danielle Overton’s web series “Alban Hills” looks at four college students who decide to room together as they face the trials of adulthood and form new bonds.

“For a film festival to be founded here, for me it’s a big thing,” she said.

Other notable entries include “Under the Whale,” composer James Martin’s dance play about climate change and social justice; Mingolo Dance’s “De-Eschatology,” danced and choreographed by Charly and Eriel Santagado, exploring the gradual de-escalation of shelter-in-place orders and its psychological effects; and “Gramps’ Moving On,” Tanya Huston’s comedy about a widower convinced by his millennial grandson to try online dating in an effort to spark new life in him.

From 5 to 10 p.m., the festival will feature, all online, red carpet interviews, live performances, vendors and interaction with a few audience members. Comedian Kareem Green, a three-time champion at Showtime at the Apollo, will host.

The audience will be able to vote for their favorite, a new twist to gain more participation.

The festival can also be followed on Instagram @FilmFestivalsQueensUnderground.

Audience members who opt for the three-day pass will receive a link to vote on the third day.