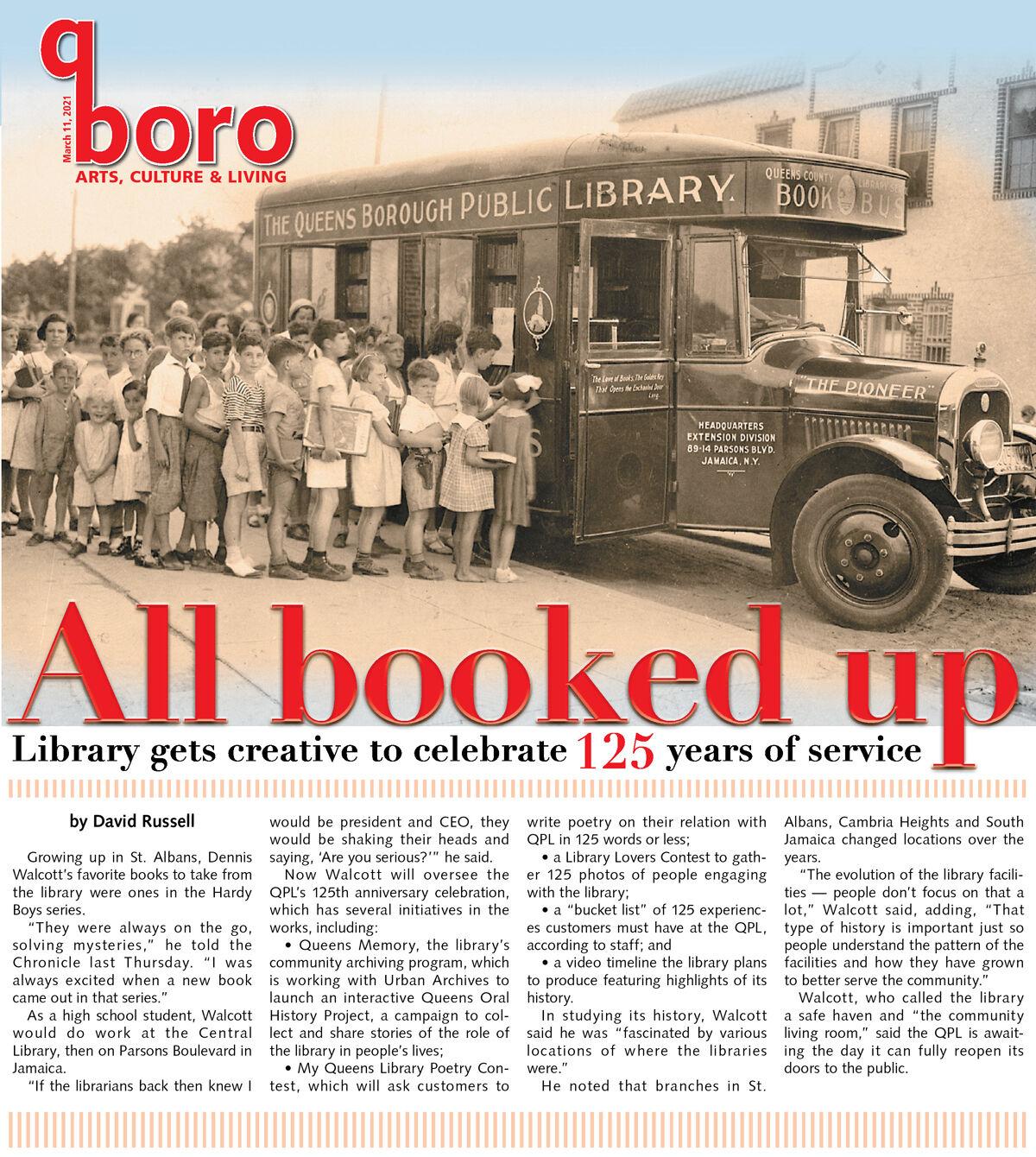 The library’s first book bus visits Laurelton. The Pioneer was used in the 1930s. 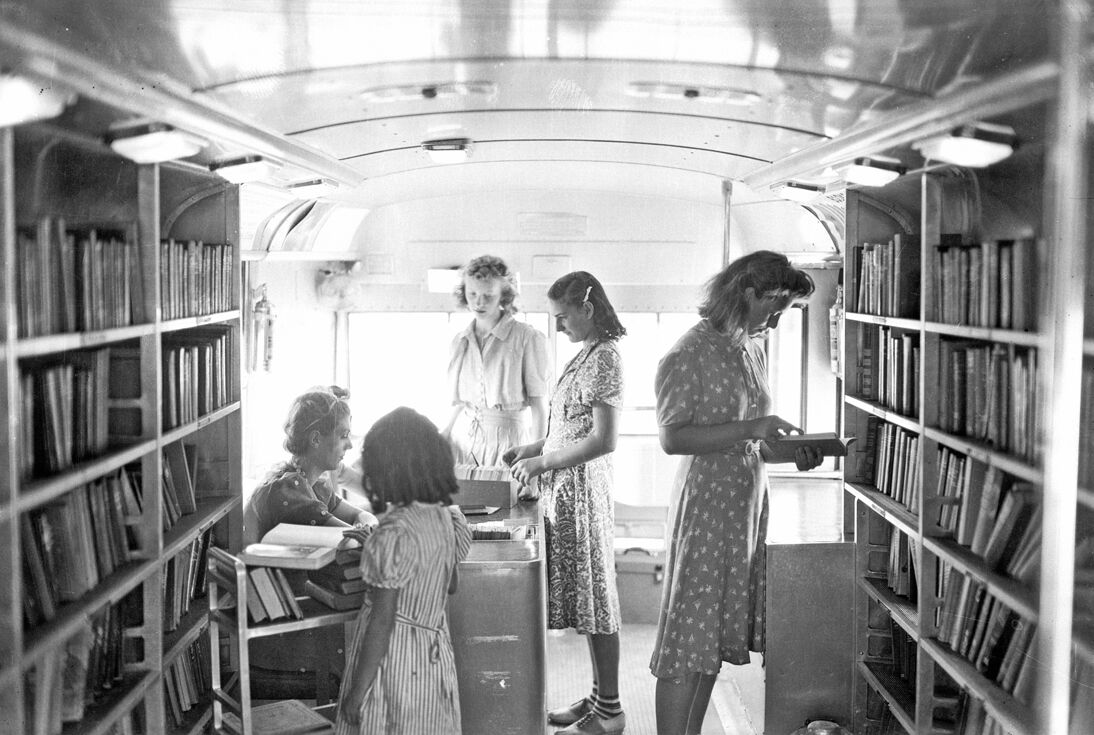 Young women in 1939 check out the book bus service offered by the Queens Public Library, which is celebrating its 125th anniversary this year. 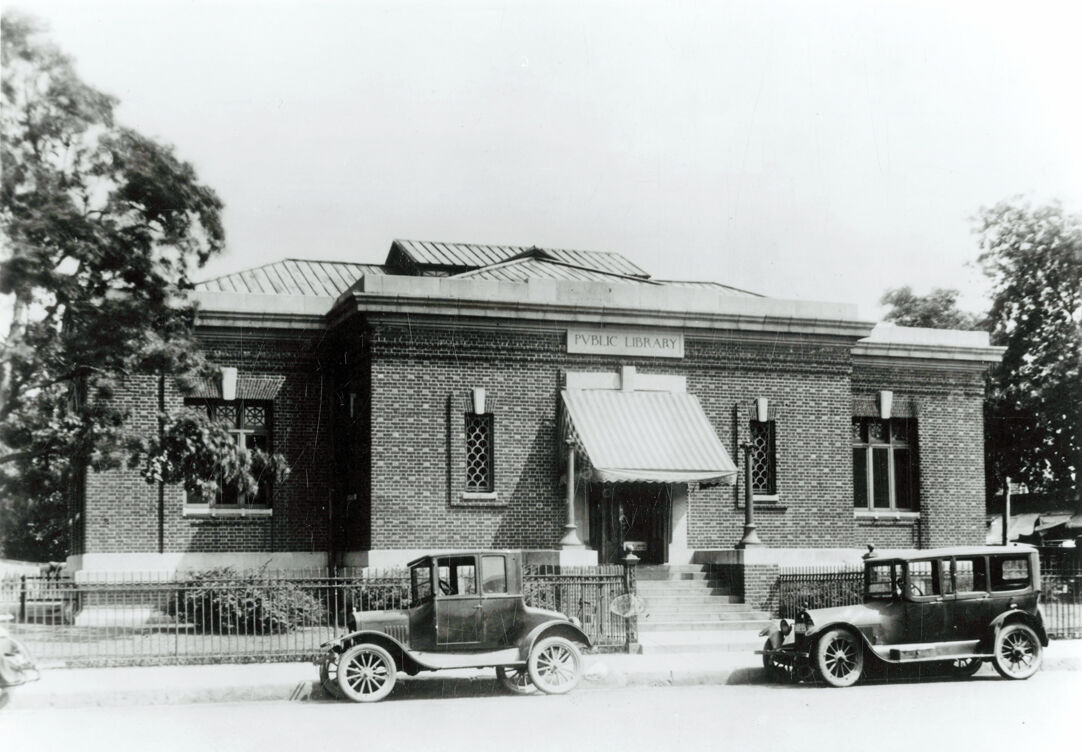 Two cars in the early 20th century parked outside the Far Rockaway Branch, one of the original Carnegie libraries.

The library’s first book bus visits Laurelton. The Pioneer was used in the 1930s.

Young women in 1939 check out the book bus service offered by the Queens Public Library, which is celebrating its 125th anniversary this year.

Two cars in the early 20th century parked outside the Far Rockaway Branch, one of the original Carnegie libraries.

Growing up in St. Albans, Dennis Walcott’s favorite books to take from the library were ones in the Hardy Boys series.

“They were always on the go, solving mysteries,” he told the Chronicle last Thursday. “I was always excited when a new book came out in that series.”

As a high school student, Walcott would do work at the Central Library, then on Parsons Boulevard in Jamaica.

“If the librarians back then knew I would be president and CEO, they would be shaking their heads and saying, ‘Are you serious?’” he said.

Now Walcott will oversee the QPL’s 125th anniversary celebration, which has several initiatives in the works, including:

• Queens Memory, the library’s community archiving program, which is working with Urban Archives to launch an interactive Queens Oral History Project, a campaign to collect and share stories of the role of the library in people’s lives;

• My Queens Library Poetry Contest, which will ask customers to write poetry on their relation with QPL in 125 words or less;

• a Library Lovers Contest to gather 125 photos of people engaging with the library;

• a “bucket list” of 125 experiences customers must have at the QPL, according to staff; and

• a video timeline the library plans to produce featuring highlights of its history.

In studying its history, Walcott said he was “fascinated by various locations of where the libraries were.”

He noted that branches in St. Albans, Cambria Heights and South Jamaica changed locations over the years.

“The evolution of the library facilities — people don’t focus on that a lot,” Walcott said, adding, “That type of history is important just so people understand the pattern of the facilities and how they have grown to better serve the community.”

Walcott, who called the library a safe haven and “the community living room,” said the QPL is awaiting the day it can fully reopen its doors to the public.

Money donated by Andrew Carnegie was used for construction of seven libraries in the first quarter of the 20th century. Four of the Carnegie libraries, the Astoria, Poppenhusen, Richmond Hill and Woodhaven branches, are still in use.

Throughout the years, the library has adapted, seeing technologies like microfiche and floppy discs come and go.

In the past decade, the library began lending e-readers, tablet computers and other tech-enabled devices to customers. The library also started lending free mobile hotspots to card holders.

So what will the Queens Public Library look like for its 150th anniversary?

“I think it will be keeping pace with the evolution of the world itself,” Walcott said.

He believes the library will continue to follow and set trends but that customers will still want hard copies of their favorite things to read.

“You’d be surprised at the number of people who have come through our doors for grab-and-go to pick up actual books and materials,” Walcott said. “I think 25 years from now, people will want to touch the books and see the books.”

This story initially misstated the number of Queens Public Library locations. It is now 66.