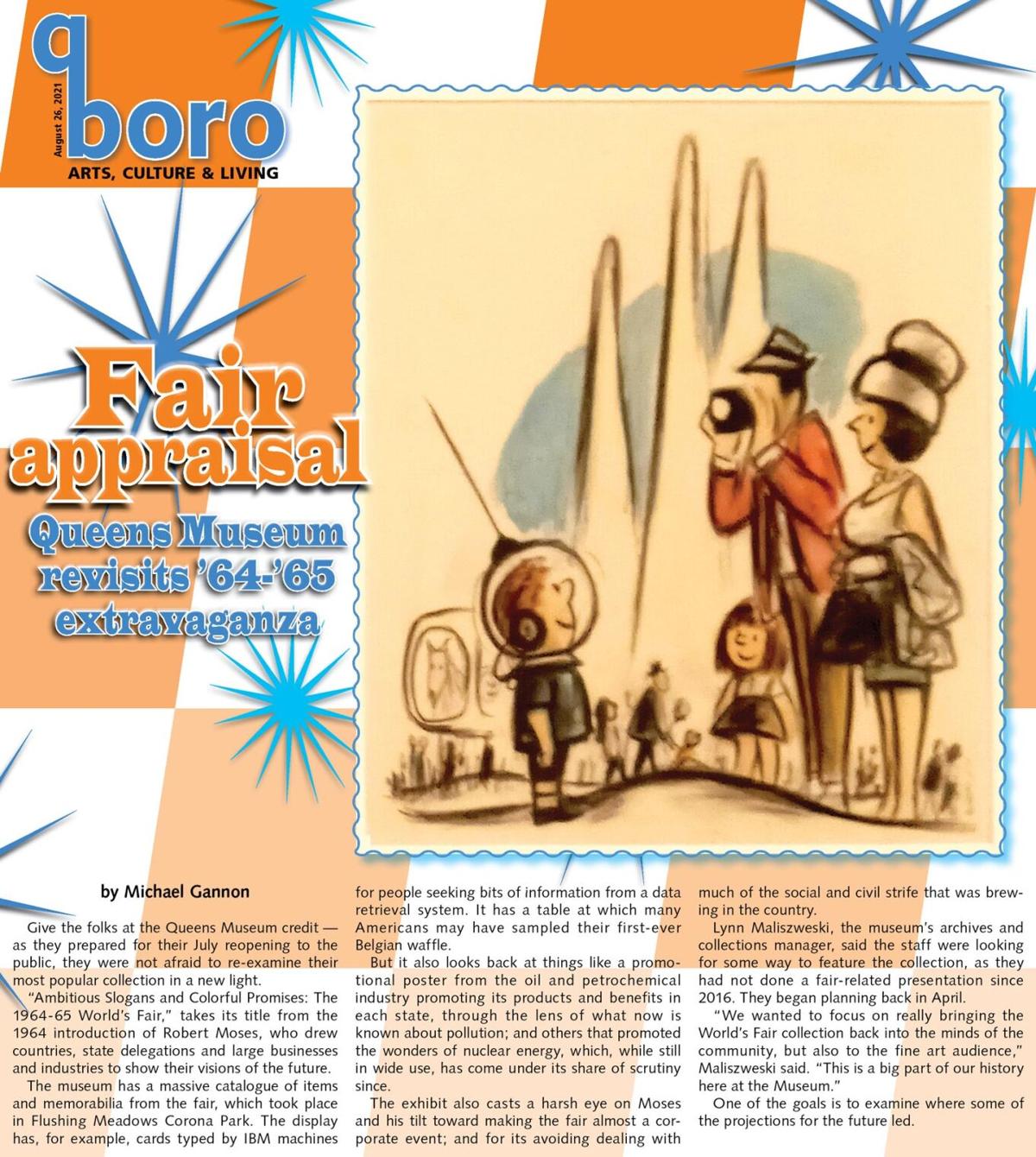 An original illustration from Time-Life’s official preview of the fair. 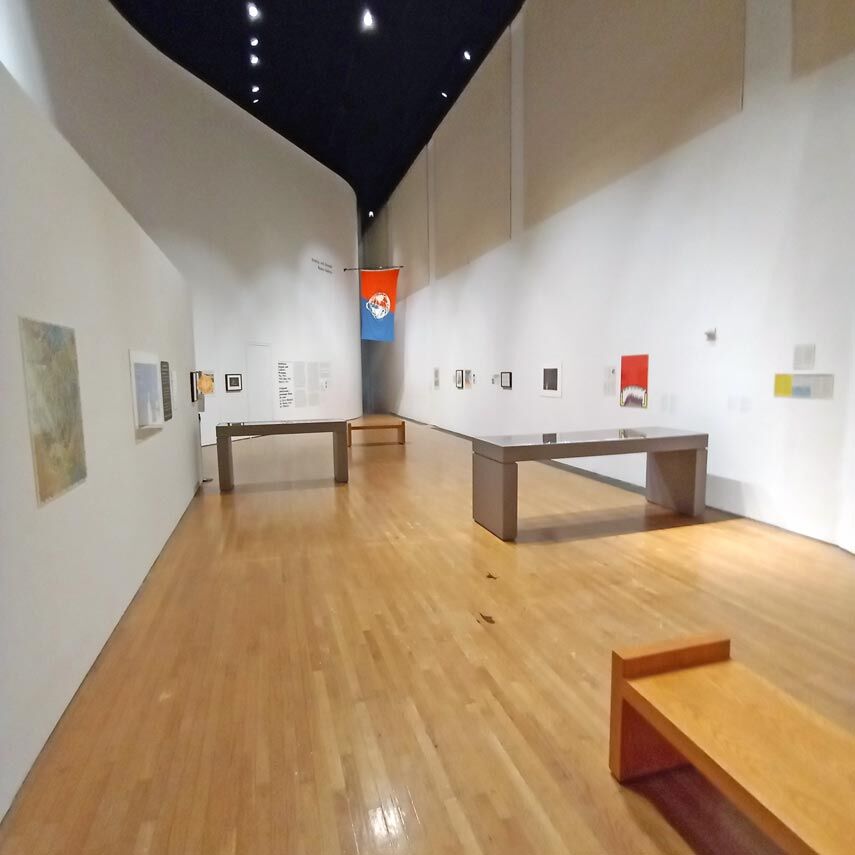 The sparsely appointed gallery of artifacts from the 1964-65 World’s Fair is designed to add more and more items in the coming weeks and months. On the cover: an original illustration from Time-Life’s official preview of the fair.

An original illustration from Time-Life’s official preview of the fair.

The sparsely appointed gallery of artifacts from the 1964-65 World’s Fair is designed to add more and more items in the coming weeks and months. On the cover: an original illustration from Time-Life’s official preview of the fair.

Give the folks at the Queens Museum credit — as they prepared for their July reopening to the public, they were not afraid to re-examine their most popular collection in a new light.

“Ambitious Slogans and Colorful Promises: The 1964-65 World’s Fair,” takes its title from the 1964 introduction of Robert Moses, who drew countries, state delegations and large businesses and industries to show their visions of the future.

The museum has a massive catalogue of items and memorabilia from the fair, which took place in Flushing Meadows Corona Park. The display has, for example, cards typed by IBM machines for people seeking bits of information from a data retrieval system. It has a table at which many Americans may have sampled their first-ever Belgian waffle.

But it also looks back at things like a promotional poster from the oil and petrochemical industry promoting its products and benefits in each state, through the lens of what now is known about pollution; and others that promoted the wonders of nuclear energy, which, while still in wide use, has come under its share of scrutiny since.

The exhibit also casts a harsh eye on Moses and his tilt toward making the fair almost a corporate event; and for its avoiding dealing with much of the social and civil strife that was brewing in the country.

Lynn Maliszweski, the museum’s archives and collections manager, said the staff were looking for some way to feature the collection, as they had not done a fair-related presentation since 2016. They began planning back in April.

“We wanted to focus on really bringing the World’s Fair collection back into the minds of the community, but also to the fine art audience,” Maliszweski said. “This is a big part of our history here at the Museum.”

One of the goals is to examine where some of the projections for the future led.

A write-up on the wall accuses Moses of being more interested in advancing propaganda for business and industry than in the typical world’s fair’s historic aims of promoting peace, unity and cooperation.

One of the items on display is a bold-lettered sign banning any type of demonstrations, protests or other related interference on fair grounds. Maliszweski said those were erected as the Congress of Racial Equality was making well-publicized plans to demonstrate at the fair against efforts to keep minorities locked out of construction and maintenance jobs associated with the event — a topic that still is in the news in Queens.

Maliszweski said those who still remember the fair fondly thus far have not seemed disturbed by the potential for controversy.

“Honestly, the people I’ve spoken to are just so thrilled that there is any type of reassessment of the materials. They still have nostalgia for and attachment to the event, which I would never try to overwrite.”

But she compared some of the 1964-65 offerings to the one at the 1939 fair promoting asbestos as a miracle material.

“These are double-edged swords, ideas of technology and ideas of progress,” she said. “They made such an impact on whole generations’ ways of thinking. That doesn’t mean we can’t interrogate those ideas.”

Especially, she said, if ignoring the problems and discrepancies allows them to become accepted as the norm.

The exhibit itself right now has just over two dozen items on display, and one can view all of them at leisure in a brief time.

But Maliszweski said the intention is to add pieces from the collection steadily by various means in the coming weeks.

She said a masters student working at the museum will be making selections to join the display, including his own captions and descriptions. Others, including gallery guides and museum volunteers, will be adding their own choices.

“Right now it’s almost deliberately sparse,” she said. “This is really a show that will grow.”