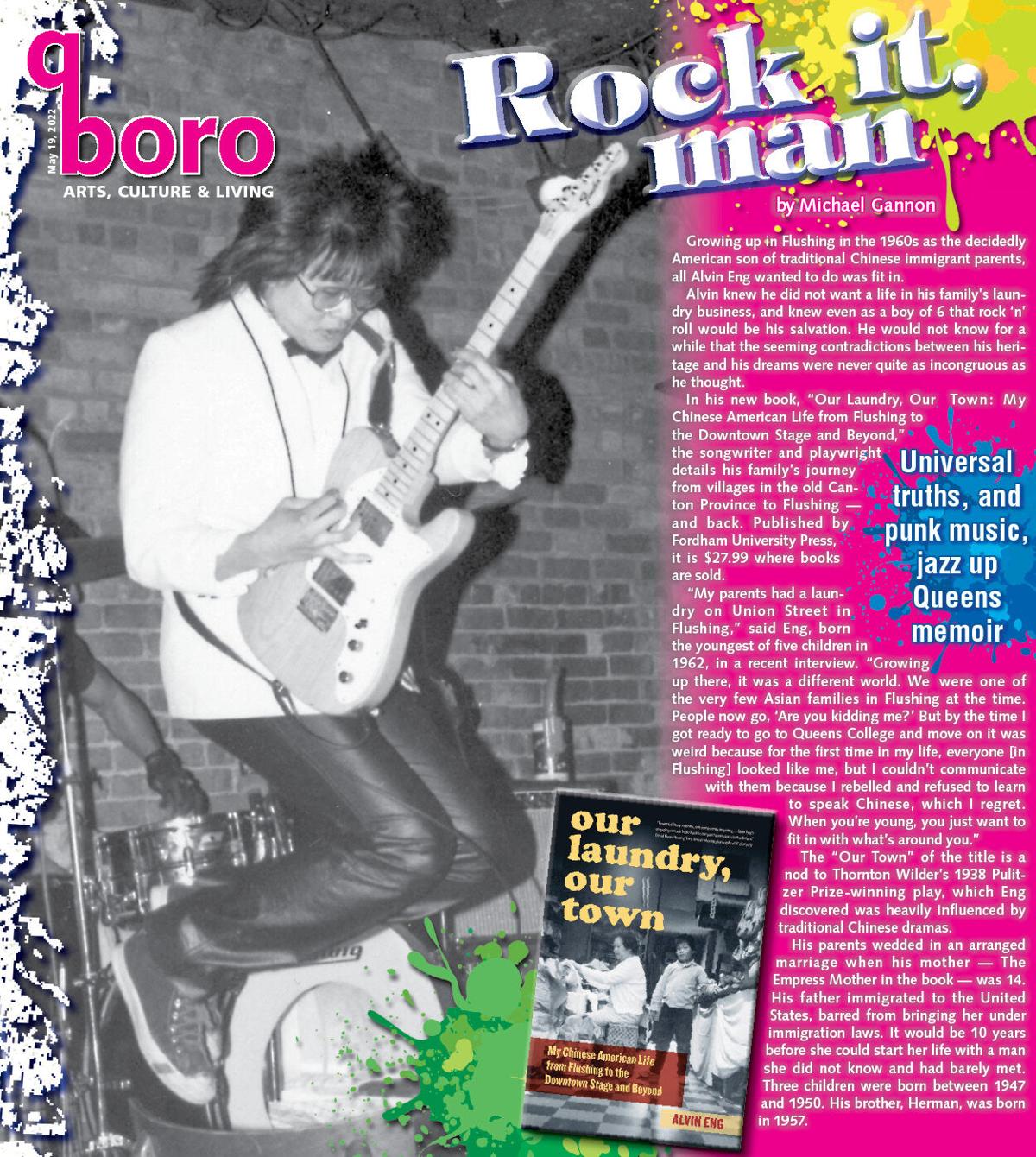 Alvin Eng performing with his band, The Grips, in Greenwich Village in 1981, and his new book. 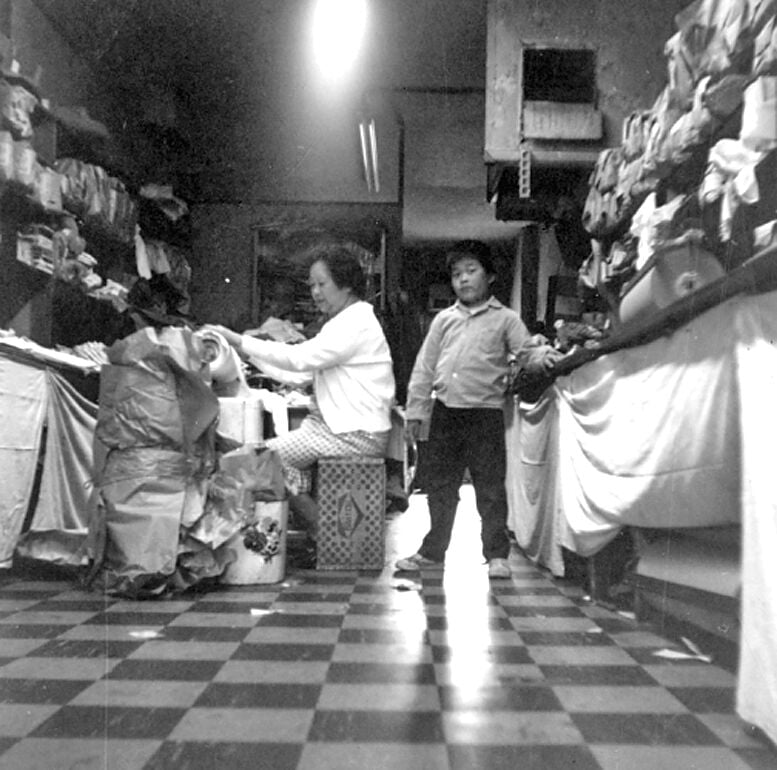 Alvin Eng with The Empress Mother in the family laundry.

Alvin Eng performing with his band, The Grips, in Greenwich Village in 1981, and his new book.

Alvin Eng with The Empress Mother in the family laundry.

Growing up in Flushing in the 1960s as the decidedly American son of traditional Chinese immigrant parents, all Alvin Eng wanted to do was fit in.

Alvin knew he did not want a life in his family’s laundry business, and knew even as a boy of 6 that rock ‘n’ roll would be his salvation. He would not know for a while that the seeming contradictions between his heritage and his dreams were never quite as incongruous as he thought.

In his new book, “Our Laundry, Our Town: My Chinese American Life from Flushing to the Downtown Stage and Beyond,” the songwriter and playwright details his family’s journey from villages in the old Canton Province to Flushing — and back. Published by Fordham University Press, it is $27.99 where books are sold.

“My parents had a laundry on Union Street in Flushing,” said Eng, born the youngest of five children in 1962, in a recent interview. “Growing up there, it was a different world. We were one of the very few Asian families in Flushing at the time. People now go, ‘Are you kidding me?’ But by the time I got ready to go to Queens College and move on it was weird because for the first time in my life, everyone [in Flushing] looked like me, but I couldn’t communicate with them because I rebelled and refused to learn to speak Chinese, which I regret. When you’re young, you just want to fit in with what’s around you.”

The “Our Town” of the title is a nod to Thornton Wilder’s 1938 Pulitzer Prize-winning play, which Eng discovered was heavily influenced by traditional Chinese dramas.

His parents wedded in an arranged marriage when his mother — The Empress Mother in the book — was 14. His father immigrated to the United States, barred from bringing her under immigration laws. It would be 10 years before she could start her life with a man she did not know and had barely met. Three children were born between 1947 and 1950. His brother, Herman, was born in 1957.

“It was like two different families,” he said. Most of the time was spent at the laundry. His plays such as “The Last Hand Laundry in Chinatown,” and “The Last Emperor of Flushing” are autobiographical. The latter he performed in China in 2011.

His father was physically abusive to all but Alvin, but The Empress Mother stood her ground. Family photos show Eng with his parents in the laundry; with his family at the 1964-65 World’s Fair and his various stops along the music and theater scene.

The Engs, he wrote, “were probably the only American household in which the kids were pleading with the parents, ‘Turn that noise down!’” While his mother played Chinese opera records in the laundry‘s back room, Alvin’s first record was a Beatles 45. Herman came to him one day with a plan to pool their money and slip off to Korvette’s in Douglaston, where they could get an album “everybody on the block is talking about” for $7, $2 less than local stores.

The Who’s “Tommy” would start Alvin and Herman away from the laundry business. Both became musicians — Herman still is — taking inspiration from the album. It is a touchstone throughout the book, including in a son’s touching tribute upon The Empress Mother’s passing.

He writes with regret that as a child, watching his father’s abuse sometimes made him retreat to being “that deaf, dumb and blind kid” from “Pinball Wizard.”

As an aspiring rock journalist while considering dropping out of Flushing High School, his life was changed by friendly, blunt advice from rocker David Johansen.

The book details how his writing led him to working with and for the benefit of Asian artists and performers, the once conflict-adverse boy now an activist for the Asian community, artistic freedom and protesters in China. Working with David Henry Hwang on his Tony-Award-winning play “M. Butterfly,” he was inspired to take a play-writing class, in which he found his calling and met the man who would introduce him to his future wife.

Along the way he ties world history in with that of his family, going into 18th-century English colonialism, the AIDS epidemic, Mayor David Dinkins’ Glorious Mosaic, Freddie Mercury, the New York Knicks and, of course, punk rock, among other topics.

He chronicles traveling to China with his mother years after his father’s death; and returning years later to his father’s village prior to his own marriage to Wendy Wasdahl.

And the last time he listened to “Tommy” straight through without interruption? “I listen to parts all the time when I’m writing,” he said. “Uninterrupted? That’s probably been a while.”