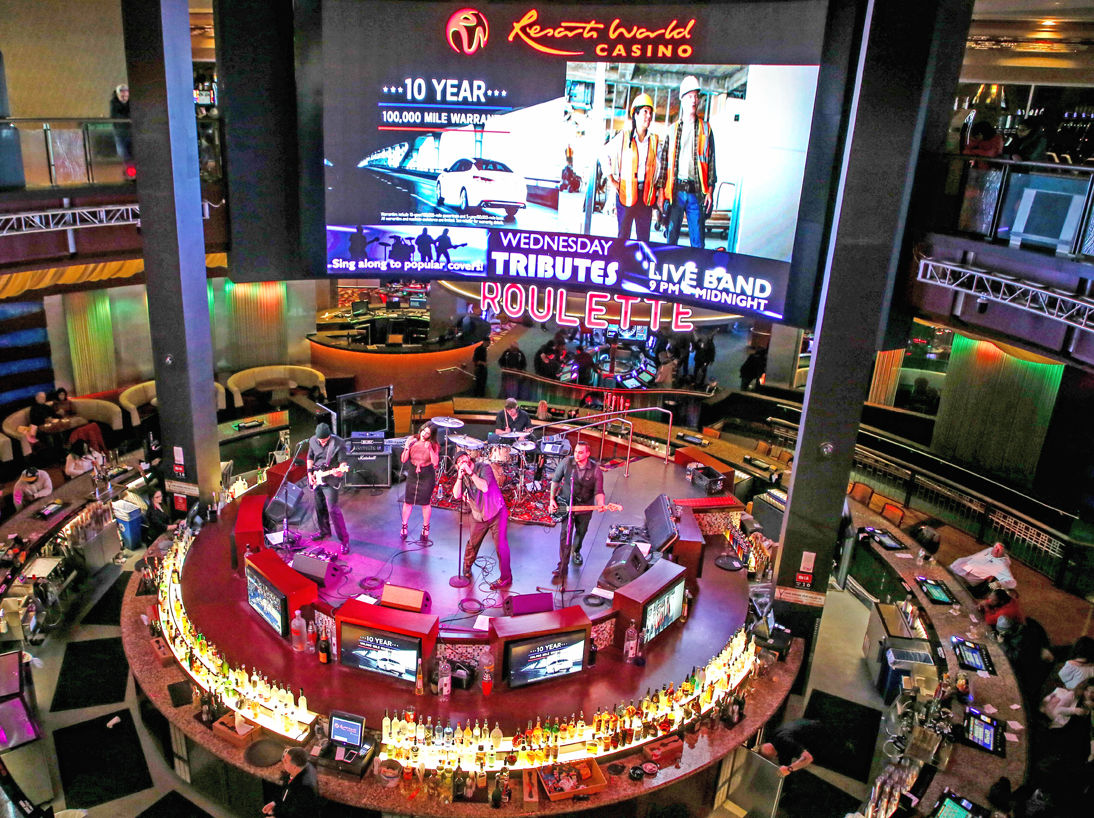 The New York band FDR Drive is one of the staples of Bar360, the main room at Resorts World Casino that books more than 50 bands a month. 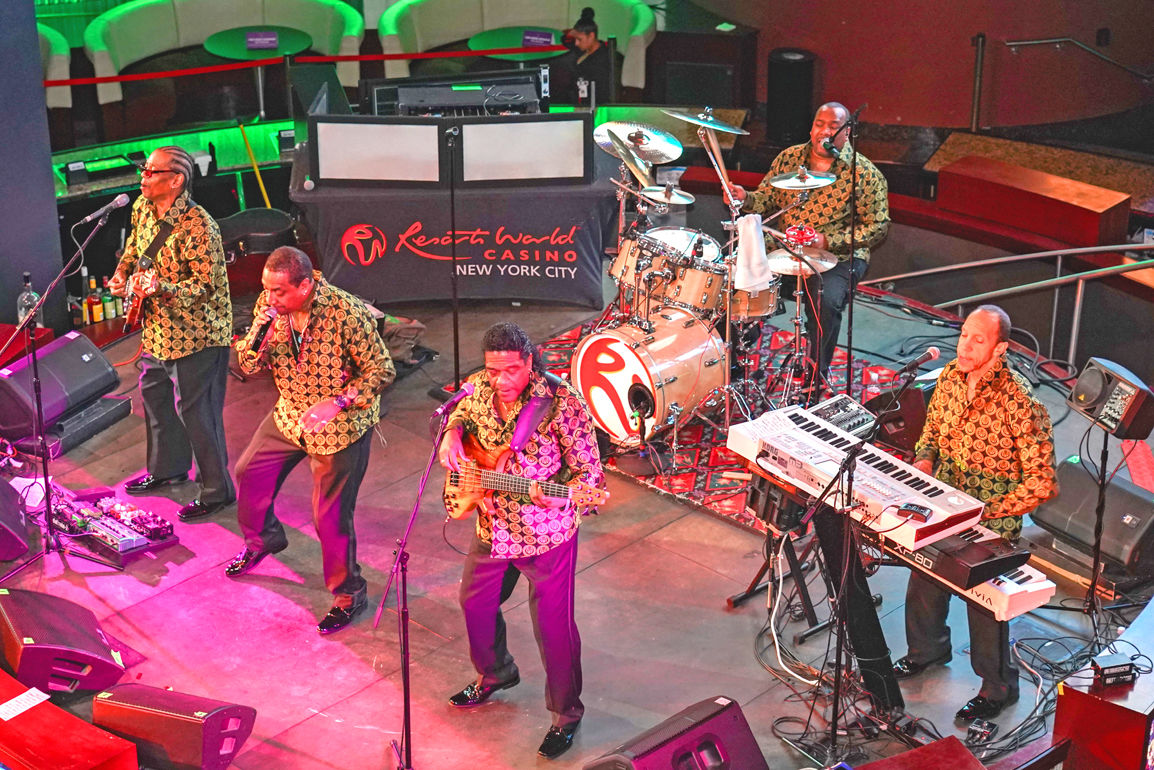 The New York band FDR Drive is one of the staples of Bar360, the main room at Resorts World Casino that books more than 50 bands a month.

In the center of the main room of Resorts World Casino in South Ozone Park is the busiest little stage in town.

More than 50 acts a month — bands, singers and DJs — are booked to perform on the circular stage, a mind-blowing array of local professional talent.

Two bands a day — one in the afternoon, another at night — compete for attention against the ding-ding-ding of slot machines and video games.

Unlike Resorts World’s concert stage — called Times Square — the entertainment in Bar360 is free to patrons of the casino.

For the acts, the exposure and experience of playing the big room can be huge.

“We look for bands that have a following,” said Michelle Stoddart, community affairs director of Resorts World.

Booking nearly 50 different acts a month can be daunting job, even in a place as big as New York, she said.

There are some bands and DJs who play Bar360 fairly regularly.

They have been regulars almost since the casino opened, she said.

But every month, the bookers sneak in four or five new acts — many of them discovered online from YouTube videos and Facebook postings.

“We encourage bands to send Angela Gozzi, our entertainment and events manager, their tapes,” said Stoddart. “As you can imagine, she gets quite a few.”

When it comes to screening new talent, Simon Cowell has nothing on Gozzi, who has been booking the room since it opened. She estimates 40 to 50 emails come in every week from aspiring acts.

“If there’s something we need, we go looking,” she said. “If we see somebody online or in a club, we’ll definitely reach out for them,” said Stoddart.

It helps that every night at Bar360 is a different theme.

Monday is Motown. Tuesday is salsa, “our most popular night,” Stoddart said.

“A lot of Latin dance teachers around the city come on Tuesday with their students so they can dance to live music,” she explained.

So that the dancers don’t end up rhumba-ing in the aisles between slot machines, “on Tuesday, we move the tables and chairs around to make room for them,” she said.

“We’re from Massachusetts and play all the casinos,” said Steven Jenkins, the drummer and leader of Front & Center. “But there’s nothing like playing New York.”

In the big room at Resorts, “it is a different crowd every night,” he said. “Some nights, the people just want to be entertained. Some nights they want to dance.

“When we come out, we ask: ‘What kind of crowd is this? Party crowd? Old school?”

The afternoon shows tend to be for an older audience — oldies acts, big-band singers.

The formula has paid off. Friday and Saturday nights after 11 p.m. have become so popular, said Gozzi, “we had to institute a two-drink minimum to sit.”