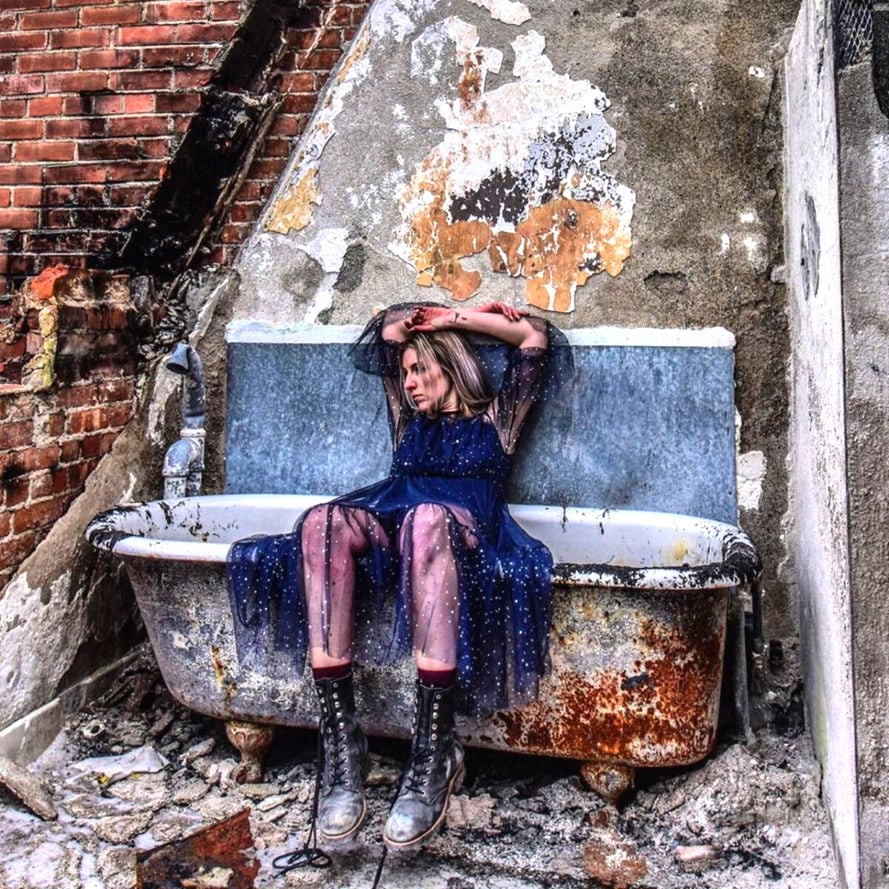 “Circle the Drain,” by Christine Carbone, among the art seen in Local Project’s exhibit “Works on Paper.” 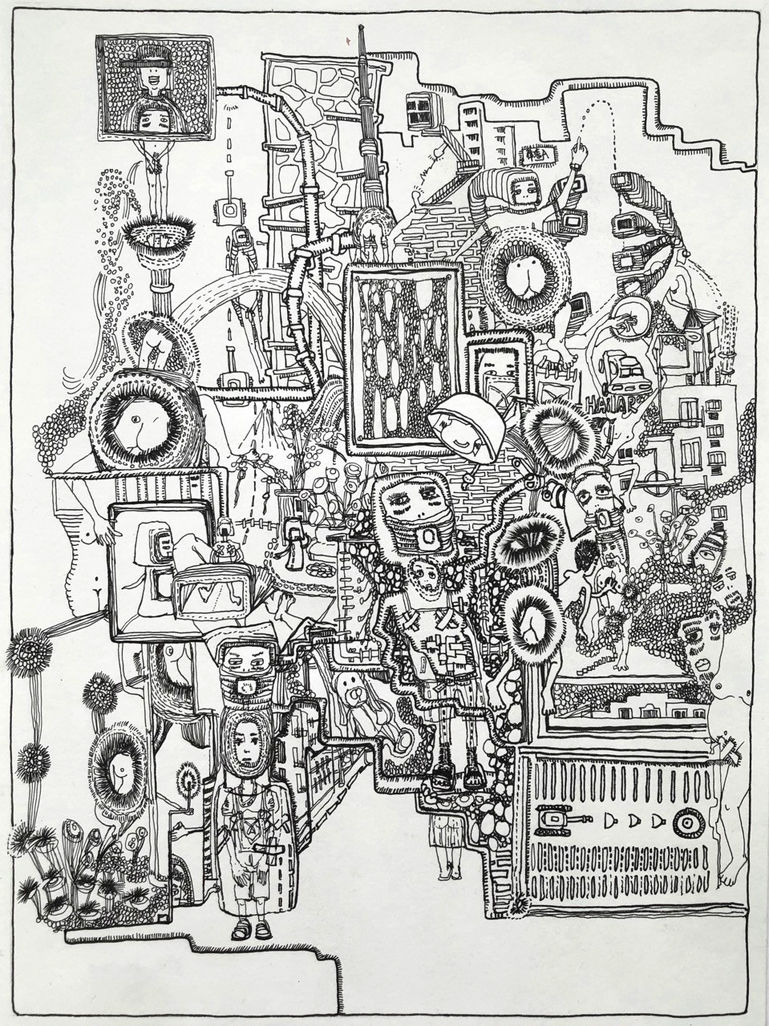 “The Entrance,” by Ellen (Jing) Xu, among the art seen in Local Project’s exhibit “Works on Paper.”

“Circle the Drain,” by Christine Carbone, among the art seen in Local Project’s exhibit “Works on Paper.”

“The Entrance,” by Ellen (Jing) Xu, among the art seen in Local Project’s exhibit “Works on Paper.”

In many of her self-portraits taken among the ruins of an old psychiatric center on Long Island and other abandoned buildings, the artist Christine Carbone flaunts her own beauty, her blonde locks shimmering and her long legs highlighted by short skirts, elegant dresses or even just a nightgown or lingerie, as she stands among shards of broken glass and piles of ancient dust framed by walls of old peeling paint or newer graffiti, providing a sharp contrast between lustful life in full flower and the decay of death.

Not so in “Circle the Drain,” a Carbone piece on display in “Works on Paper,” Local Project’s first online exhibit, which opened last week. Here the artist looks as wrecked as her setting, the remnants of a destroyed bathroom left open to the elements. She slouches in the tub, her face turned to the side, her hair stringily falling over one eye. Her dress appears as deflated as she does; her legs, though prominent, have largely lost their allure, and one boot lace hangs loose.

“I collapsed in the snow/And melted while I froze,” Carbone says in the online space where the exhibit’s other artists list the materials of which their works are made. “This is the paralyzing fear of being alone.”

The quote is from a published poem of Carbone’s. But it takes on new meaning in the age of the coronavirus.

So too do the situations of artists. Long Island City-based Local Project wants to stay connected with the community, letting people know, “Hey, we’re still here, there is still art being made during these times and it’s here,” Executive Director Carolina Penafiel said in an email. She added that LP is working toward a series of online performances as well, and hopes to remain connected and active: “We miss our physical community but we are doing our best to keep spinning.”

The pieces in “Works on Paper” are a diverse lot, some bright and exuding warmth, some, like “Circle the Drain,” the opposite. One intriguing work is “The Entrance,” by Ellen (Jing) Xu, done in black pen. Blending industrial, floral and military imagery with human faces and bodies, it evokes an unlikely mix of “The Garden of Earthly Delights” by late-medieval painter Hieronymus Bosch and the cover of the Beatles album “Revolver,” by Klaus Voormann, with echoes even of M.C. Escher and Robert Crumb. In contrast, two works by Tim Kelly offer geometric patterns in color.

The exhibit is online at localproject.org, and the works, which are for sale, are also being highlighted on LP’s Instagram page.