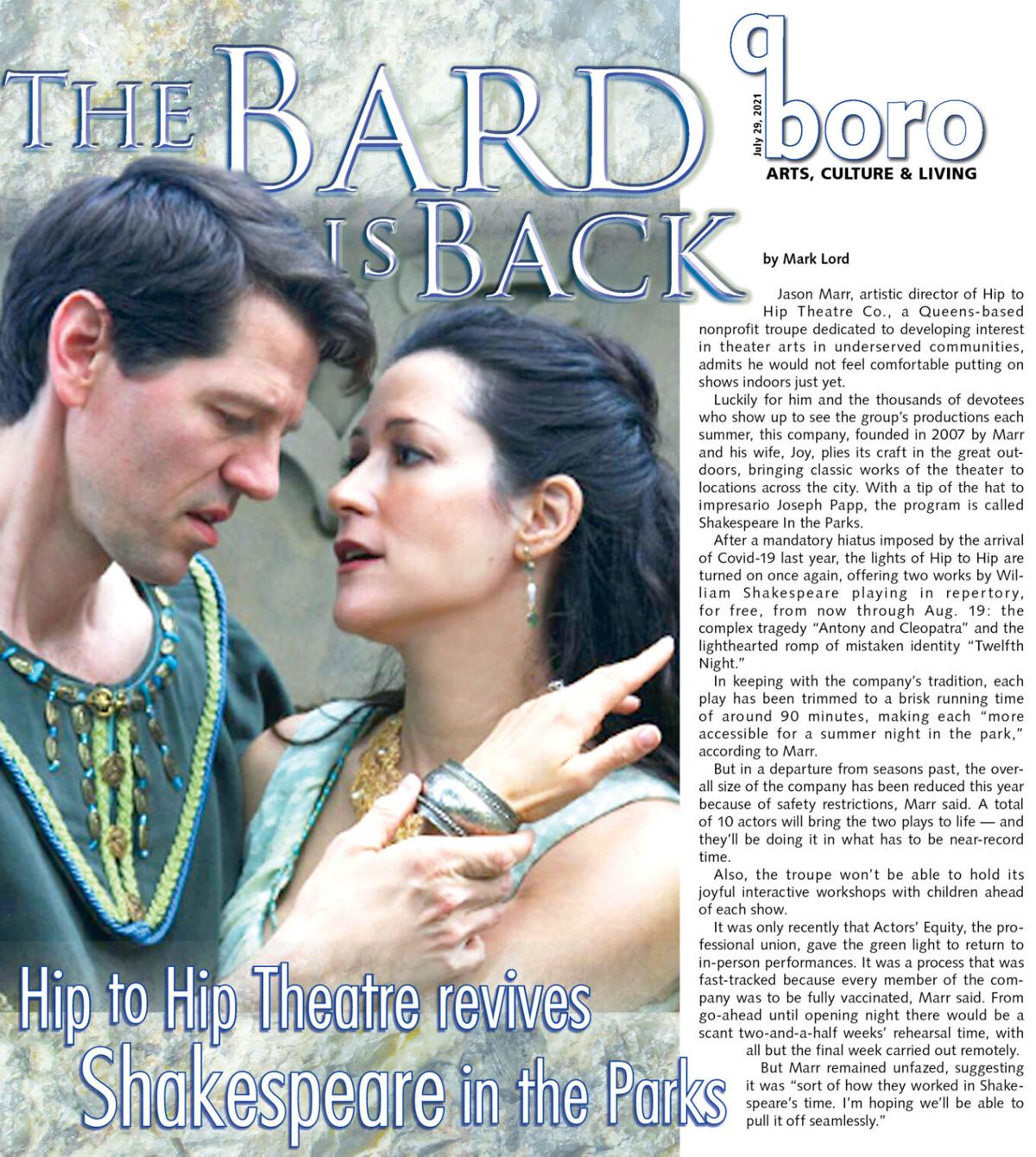 Jason and Joy Marr in “Antony and Cleopatra.” The other play they’re staging this year is “Twelfth Night.” 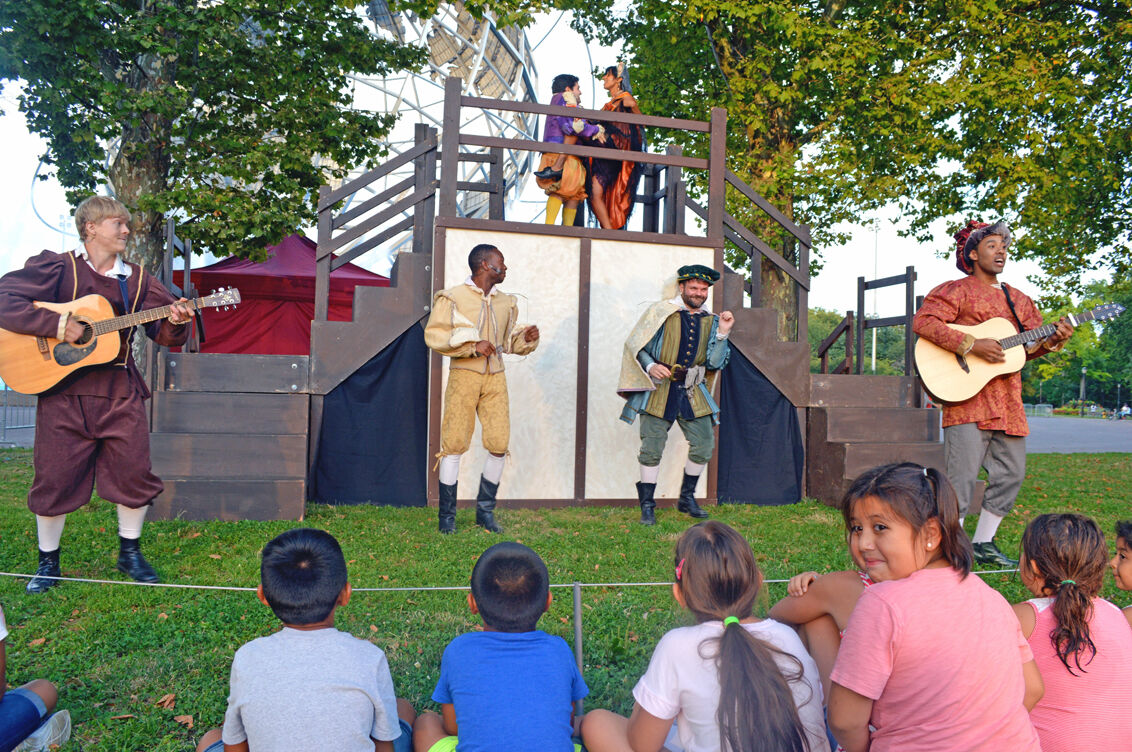 Hip to Hip Theatre Co., seen here performing in 2017, is once again bringing the works of Shakespeare, aka The Bard, to parks across Queens.

Jason and Joy Marr in “Antony and Cleopatra.” The other play they’re staging this year is “Twelfth Night.”

Hip to Hip Theatre Co., seen here performing in 2017, is once again bringing the works of Shakespeare, aka The Bard, to parks across Queens.

Jason Marr, artistic director of Hip to Hip Theatre Co., a Queens-based nonprofit troupe dedicated to developing interest in theater arts in underserved communities, admits he would not feel comfortable putting on shows indoors just yet.

Luckily for him and the thousands of devotees who show up to see the group’s productions each summer, this company, founded in 2007 by Marr and his wife, Joy, plies its craft in the great outdoors, bringing classic works of the theater to locations across the city. With a tip of the hat to impresario Joseph Papp, the program is called Shakespeare In the Parks.

After a mandatory hiatus imposed by the arrival of Covid-19 last year, the lights of Hip to Hip are turned on once again, offering two works by William Shakespeare playing in repertory, for free, from now through Aug. 19: the complex tragedy “Antony and Cleopatra” and the lighthearted romp of mistaken identity “Twelfth Night.”

In keeping with the company’s tradition, each play has been trimmed to a brisk running time of around 90 minutes, making each “more accessible for a summer night in the park,” according to Marr.

But in a departure from seasons past, the overall size of the company has been reduced this year because of safety restrictions, Marr said. A total of 10 actors will bring the two plays to life — and they’ll be doing it in what has to be near-record time.

Also, the troupe won’t be able to hold its joyful interactive workshops with children ahead of each show.

It was only recently that Actors’ Equity, the professional union, gave the green light to return to in-person performances. It was a process that was fast-tracked because every member of the company was to be fully vaccinated, Marr said. From go-ahead until opening night there would be a scant two-and-a-half weeks’ rehearsal time, with all but the final week carried out remotely.

But Marr remained unfazed, suggesting it was “sort of how they worked in Shakespeare’s time. I’m hoping we’ll be able to pull it off seamlessly.”

Making matters somewhat easier is the ongoing working relationship many of the actors share, with only three new performers being added to the roster this season. And the show schedule follows a similar pattern to prior summers, though venues in both Manhattan and the Bronx, normally part of the tour, were dropped this year. All Queens sites remain intact.

“We’re thrilled to be getting back out there,” Marr said. “Our patrons are really excited to see us back in action.” And he promised social distancing will be maintained among the crowd, adding, “I’m not overly concerned about an unsafe environment.”

While the group previously performed “Twelfth Night” in 2008, this year marks its first stab at “Antony and Cleopatra.” Marr is particularly excited to be playing opposite his wife as they assume the title roles. The play, he pointed out, has “a certain amount of intimacy,” so it made perfect sense to cast a couple who already exist “in their own bubble. I would not be comfortable asking two strangers to make out on stage.”

The couple will also be seen to good advantage in “Twelfth Night,” prompting Marr to say, “I’m having fun already in rehearsal,” playing a role “I’ve always had my eye on.”