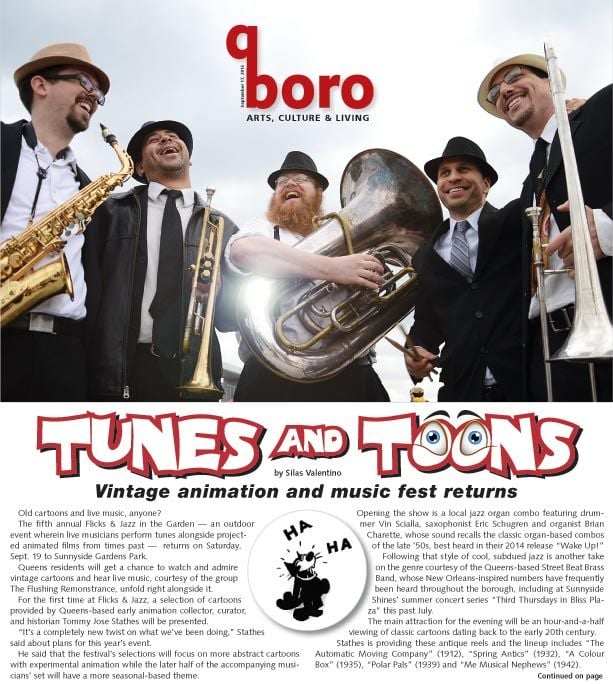 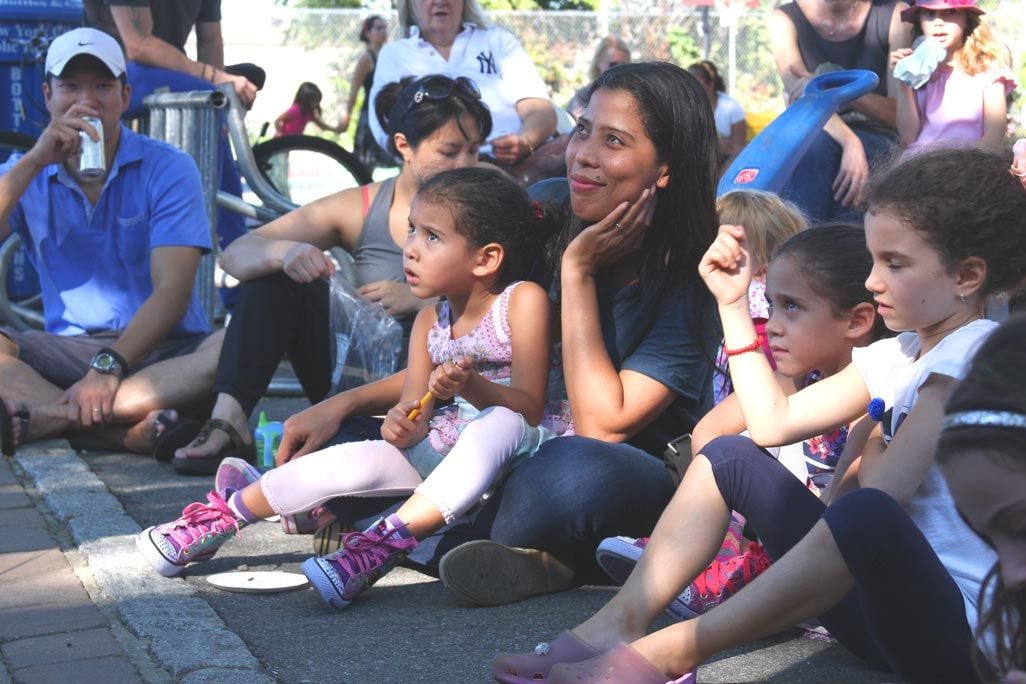 Old cartoons and live music, anyone?

Queens residents will get a chance to watch and admire vintage cartoons and hear live music, courtesy of the group The Flushing Remonstrance, unfold right alongside it.

For the first time at Flicks & Jazz, a selection of cartoons provided by Queens-based early animation collector, curator, and historian Tommy Jose Stathes will be presented.

“It’s a completely new twist on what we’ve been doing,” Stathes said about plans for this year’s event.

He said that the festival’s selections will focus on more abstract cartoons with experimental animation while the later half of the accompanying musicians’ set will have a more seasonal-based theme.

Following that style of cool, subdued jazz is another take on the genre courtesy of the Queens-based Street Beat Brass Band, whose New Orleans-inspired numbers have frequently been heard throughout the borough, including at Sunnyside Shines’ summer concert series “Third Thursdays in Bliss Plaza” this past July.

The main attraction for the evening will be an hour-and-a-half viewing of classic cartoons dating back to the early 20th century.

Stathes is a regular contributor to Flicks & Jazz in the Garden and said he is overjoyed with the positive reception he sees from the younger crowd.

“What I really admire is how the children respond to these older cartoons because the assumption might be that they wouldn’t find them very interesting, but actually they find them very charming and entertaining,” he said before recalling a favorite memory from a previous year’s event.

“I think we were showing a black-and -white ‘Felix the Cat’ cartoon. It has very simple line drawings and shapes with very basic-looking characters and most of the children up front were sitting very patiently and enjoying it. But one child was kind of running around and making noise and a group of 5- or 6-year-old children actually got up and shushed the other kid and told him to sit down and pay attention to the cartoons — that was awesome.”

Stathes also plans to show an old Popeye cartoon, a character he feels hasn’t seen a lot of light in recent years, as well as cartoons from lesser-known studios.

“We have quite a few things that are more obscure this time around: classic thirties and forties animation with great music and some rubber hose, fluid, bouncy characters,” he said.

Soon jackets and warm clothing will make their reappearance and community events in the park will have to hold out until spring, which makes Flicks & Jazz in the Garden one of the final moments to appreciate the season before the summer warmth and outdoor-friendly weather are gone.