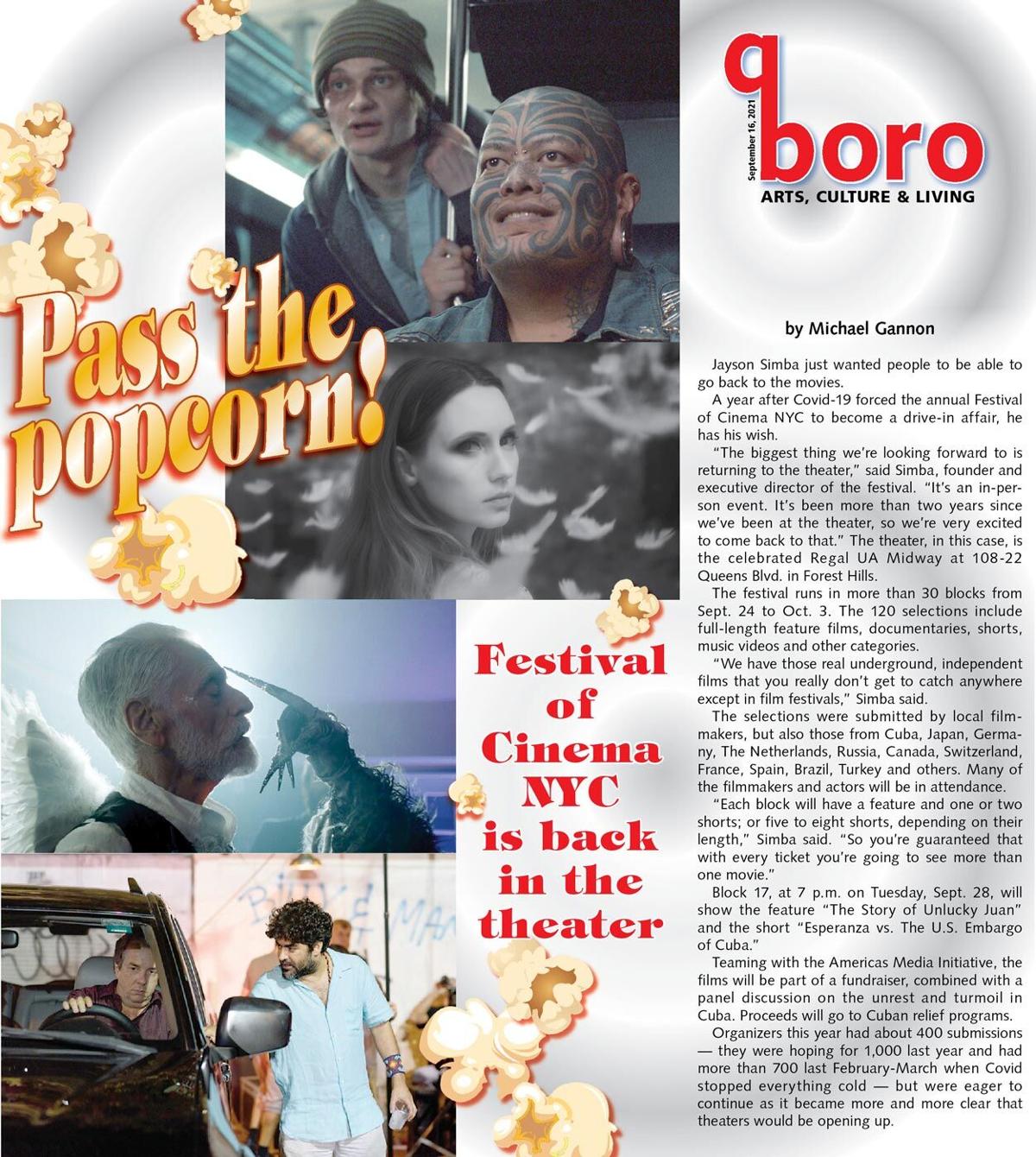 “Drunk Bus,” top, “Leda,” “Moon Manor,” and, from Brazil, “Any Given Day” are among the offerings in this year’s Festival of Cinema NYC. 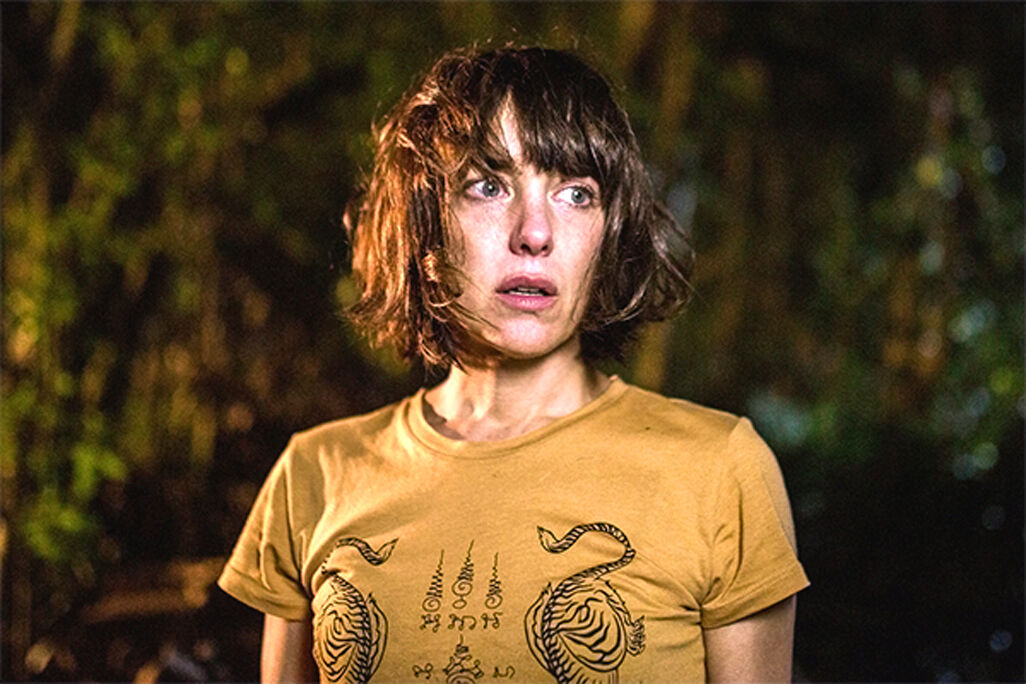 A still from “The Silent Party” from Argentina.

“Drunk Bus,” top, “Leda,” “Moon Manor,” and, from Brazil, “Any Given Day” are among the offerings in this year’s Festival of Cinema NYC.

A still from “The Silent Party” from Argentina.

Jayson Simba just wanted people to be able to go back to the movies.

A year after Covid-19 forced the annual Festival of Cinema NYC to become a drive-in affair, he has his wish.

“The biggest thing we’re looking forward to is returning to the theater,” said Simba, founder and executive director of the festival. “It’s an in-person event. It’s been more than two years since we’ve been at the theater, so we’re very excited to come back to that.” The theater, in this case, is the celebrated Regal UA Midway at 108-22 Queens Blvd. in Forest Hills.

The festival runs in more than 30 blocks from Sept. 24 to Oct. 3. The 120 selections include full-length feature films, documentaries, shorts, music videos and other categories.

“We have those real underground, independent films that you really don’t get to catch anywhere except in film festivals,” Simba said.

The selections were submitted by local filmmakers, but also those from Cuba, Japan, Germany, The Netherlands, Russia, Canada, Switzerland, France, Spain, Brazil, Turkey and others. Many of the filmmakers and actors will be in attendance.

“Each block will have a feature and one or two shorts; or five to eight shorts, depending on their length,” Simba said. “So you’re guaranteed that with every ticket you’re going to see more than one movie.”

Teaming with the Americas Media Initiative, the films will be part of a fundraiser, combined with a panel discussion on the unrest and turmoil in Cuba. Proceeds will go to Cuban relief programs.

Organizers this year had about 400 submissions — they were hoping for 1,000 last year and had more than 700 last February-March when Covid stopped everything cold — but were eager to continue as it became more and more clear that theaters would be opening up.

Timing was tricky. The festival is usually the first 10 days of August, but theaters were not expected to reopen until about mid-June, and occupancy restrictions were an unknown. August was ruled out during the summer due to time constraints. But things had begun to open up.

“All restrictions were lifted and Regal was now able to accept 100 percent capacity,” Simba said. “That’s when Regal gave us the green light and we said, ‘Yeah, let’s do this.”

“Giving us a month and half to do the work we normally do over the year,” he said, adding that it would have been impossible without generous support from sponsors such as the city’s Department of Cultural Affairs, Regal, Resorts World Casino NYC, the NYC & Co. Foundation, Techsoup and The Final Draft.

Chris White is glad they did. He is the director of “Electric Jesus,” the story of a heavy metal “hair” band in 1986.

“But it’s a Christian metal band,” White told the Chronicle, speaking from his South Carolina home.

Its main cast of six newcomers is augmented by Brian Baumgartner, known as Kevin Malone on “The Office” and Judd Nelson from “The Breakfast Club.” White said he and his collaborators thought the movie’s festival run just about played out.

“We hadn’t really screened in New York City,” White said. “I’m not famous enough to get into the New York Film Festival or Tribecca.” He submitted and was accepted. White too was pleased to learn that it would be showing in the Midway.

Tickets are $17 per block with the exception of opening and closing dates, which are $30; and $35 for the Cuban relief fundraiser block on Sept. 28. Information on the films, dates and purchasing tickets is available online at festivalofcinemanyc.com.