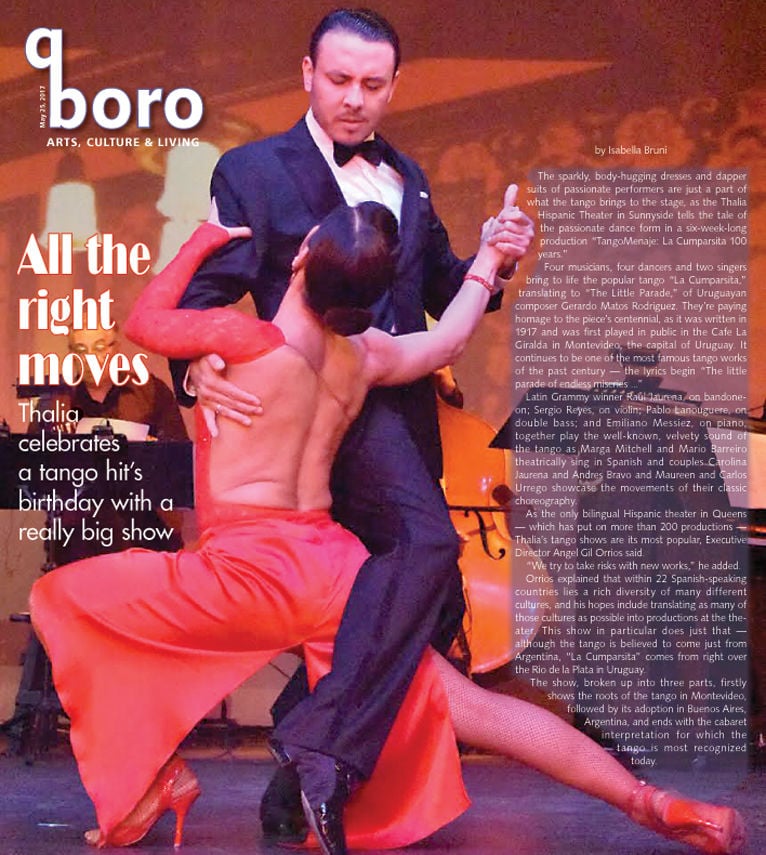 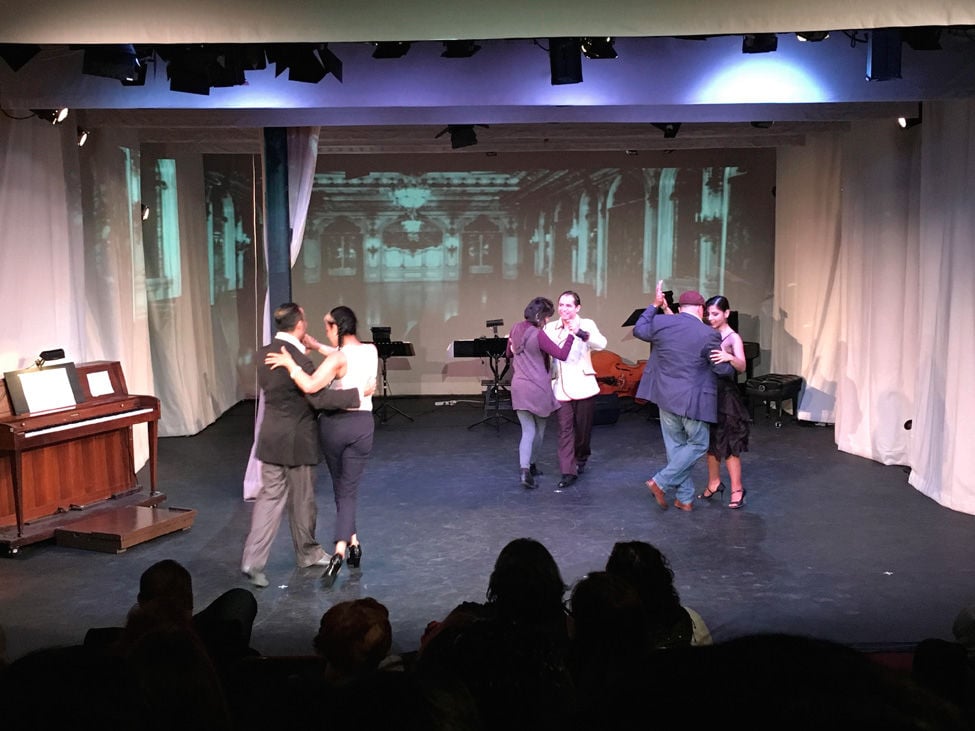 During the Milonga section of “TangoMenaje: La Cumparsita,” above, audience members are free to do some dancing of their own. The show’s performers include Maureen and Carlos Urrego. On the cover: Carolina Jaurena and Andres Bravo show their skills in the Latin dance genre. 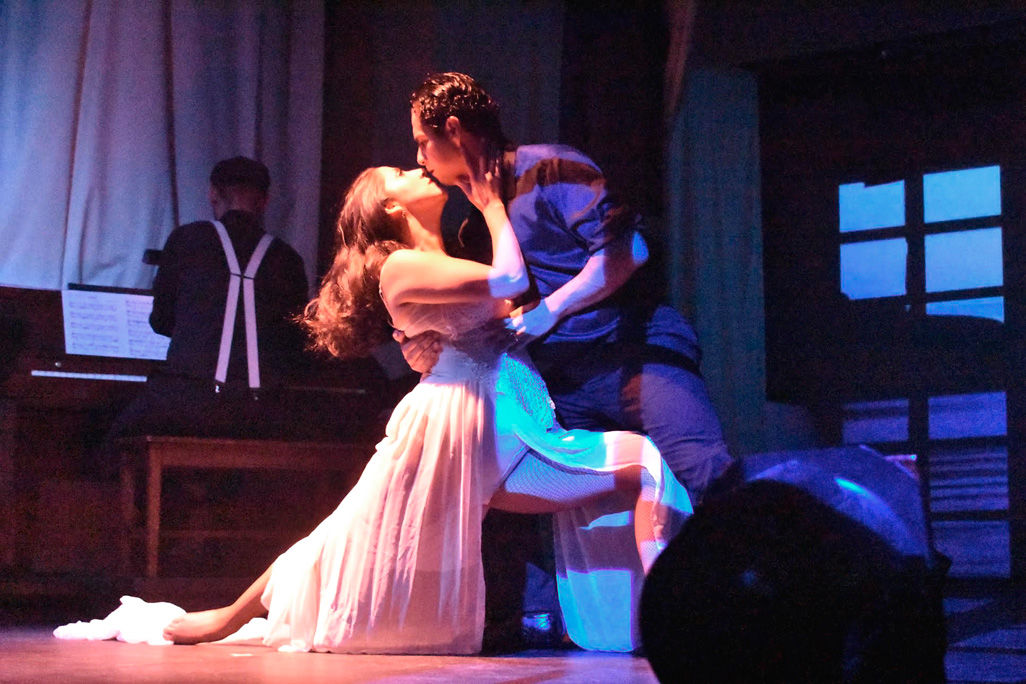 During the Milonga section of “TangoMenaje: La Cumparsita,” above, audience members are free to do some dancing of their own. The show’s performers include Maureen and Carlos Urrego. On the cover: Carolina Jaurena and Andres Bravo show their skills in the Latin dance genre.

The sparkly, body-hugging dresses and dapper suits of passionate performers are just a part of what the tango brings to the stage, as the Thalia Hispanic Theater in Sunnyside tells the tale of the passionate dance form in a six-week-long production “TangoMenaje: La Cumparsita 100 years.”

Four musicians, four dancers and two singers bring to life the popular tango “La Cumparsita,” translating to “The Little Parade,” of Uruguayan composer Gerardo Matos Rodriguez. They’re paying homage to the piece’s centennial, as it was written in 1917 and was first played in public in the Cafe La Giralda in Montevideo, the capital of Uruguay. It continues to be one of the most famous tango works of the past century — the lyrics begin “The little parade of endless miseries ...”

Latin Grammy winner Raul Jaurena, on bandoneon; Sergio Reyes, on violin; Pablo Lanouguere, on double bass; and Emiliano Messiez, on piano, together play the well-known, velvety sound of the tango as Marga Mitchell and Mario Barreiro theatrically sing in Spanish and couples Carolina Jaurena and Andres Bravo and Maureen and Carlos Urrego showcase the movements of their classic choreography.

As the only bilingual Hispanic theater in Queens — which has put on more than 200 productions — Thalia’s tango shows are its most popular, Executive Director Angel Gil Orrios said.

“We try to take risks with new works,” he added.

Orrios explained that within 22 Spanish-speaking countries lies a rich diversity of many different cultures, and his hopes include translating as many of those cultures as possible into productions at the theater. This show in particular does just that — although the tango is believed to come just from Argentina, “La Cumparsita” comes from right over the Rio de la Plata in Uruguay.

The show, broken up into three parts, firstly shows the roots of the tango in Montevideo, followed by its adoption in Buenos Aires, Argentina, and ends with the cabaret interpretation for which the tango is most recognized today.

And the crowd appreciated it.

“It was a great experience to see a tango show in real life,” audience member Angelica Acevedo said. “I’ve always been a fan and seeing it felt really authentic.”

As far as precise, sensual and sharp dancing goes, these dancers had plenty of it. Two couples switch off for different sections of the show, and choosing a favorite is more difficult than it might seem.

The Milonga section of the show, following the second parts, invites the audience to dance on stage with the performers. Both those with some tango experience and those with little to none are welcome to take the hand of their desired, dream dance partner.

Given the historical visuals it encompasses, the entrancing sound of the bandoneon and its stunning dance elements, calling Thalia’s “La Cumparsita” production 90 minutes of stupefying perfection is an understatement.