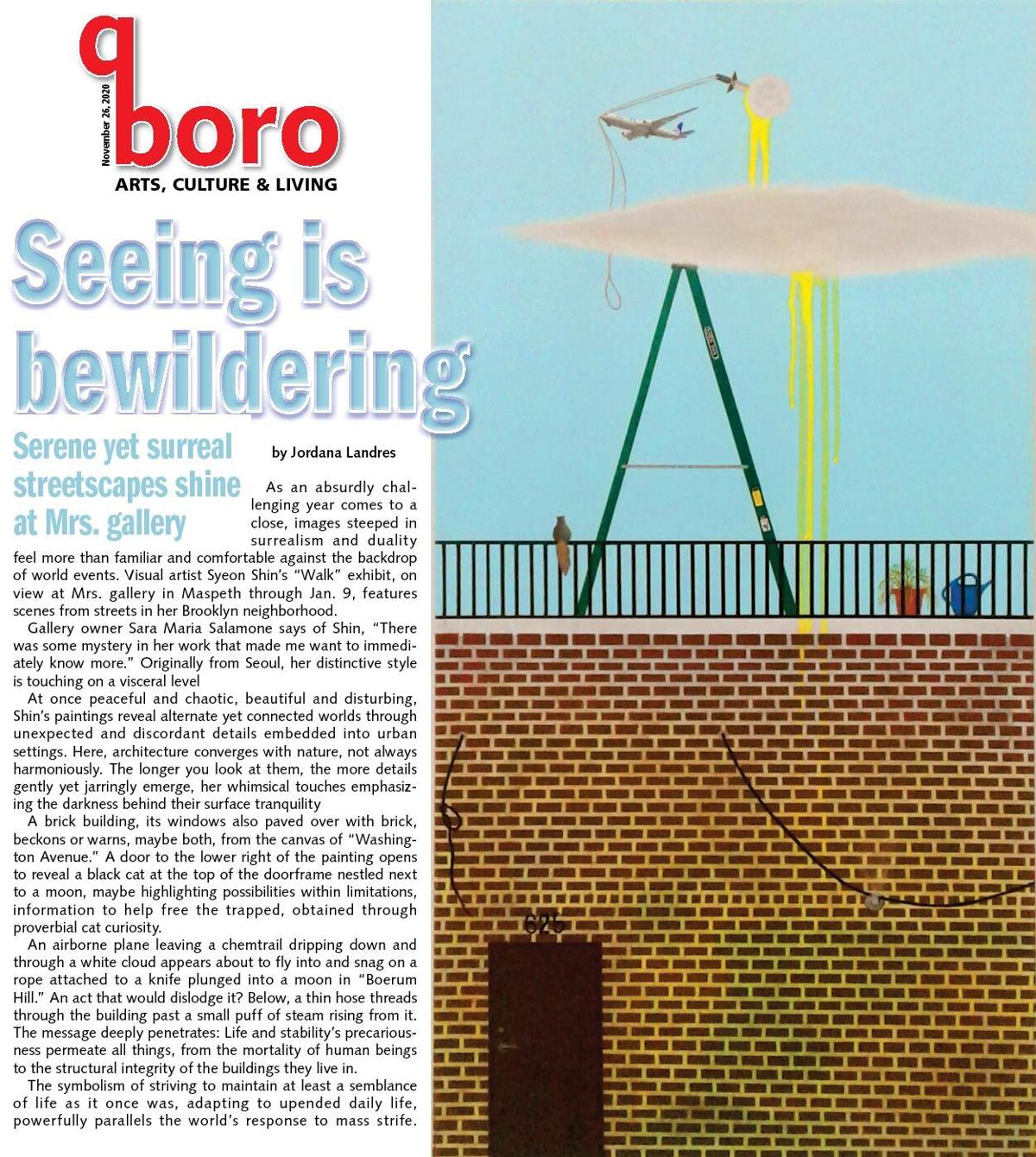 “Boerum Place" is among Soyeon Shin's works on display at Mrs. in Maspeth.

This caption originally partially misnamed the painting. We regret the error. 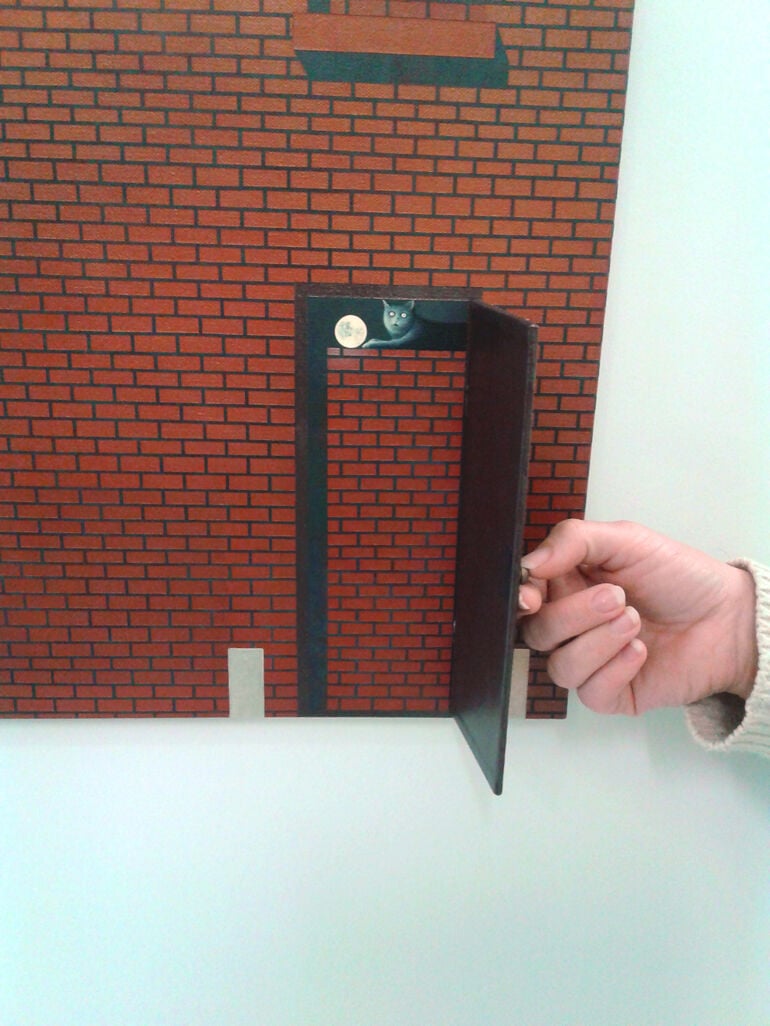 Soyeon Shin’s painting “Washington Avenue,” which contains a hidden surprise, is among her works on display at Mrs. in Maspeth. 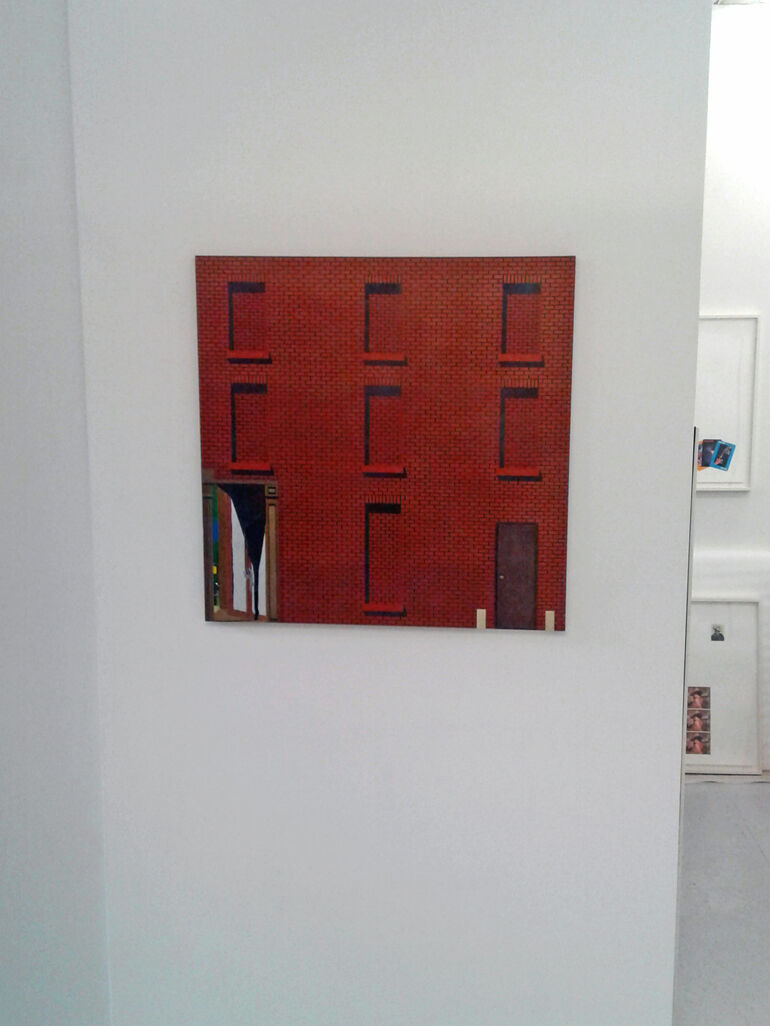 Soyeon Shin’s painting “Washington Avenue,” which contains a hidden surprise, is  among her works on display at Mrs. in Maspeth. 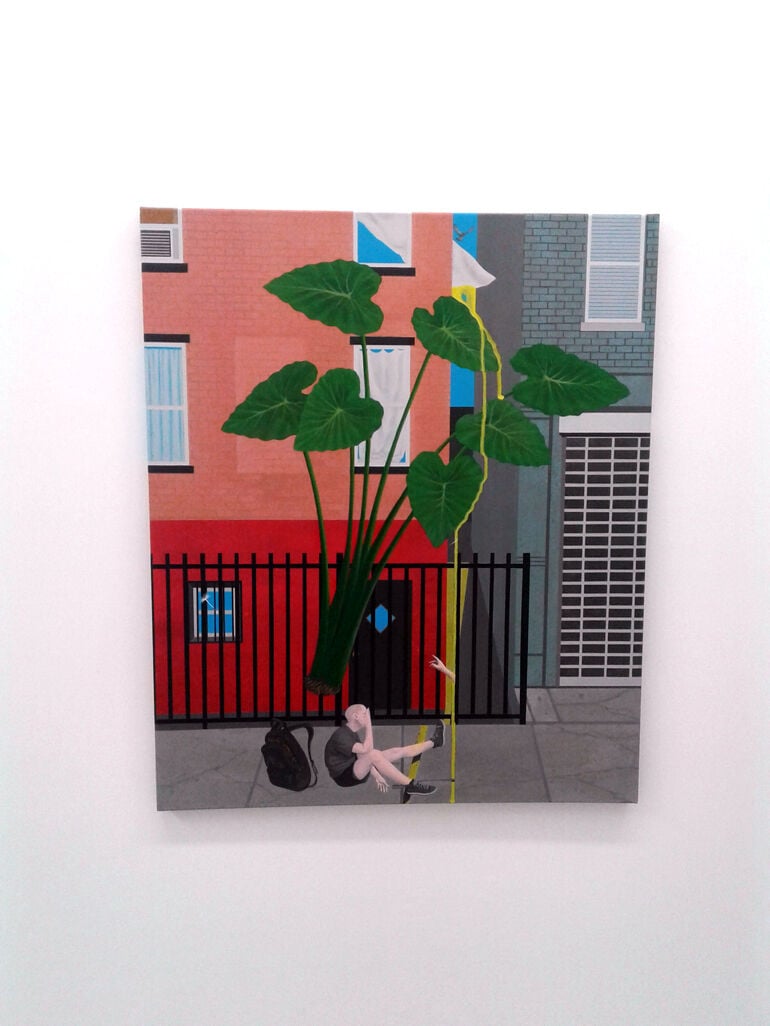 “Atlantic Avenue” is among Soyeon Shin's works on display at Mrs. in Maspeth.

“Boerum Place" is among Soyeon Shin's works on display at Mrs. in Maspeth.

This caption originally partially misnamed the painting. We regret the error.

Soyeon Shin’s painting “Washington Avenue,” which contains a hidden surprise, is among her works on display at Mrs. in Maspeth.

Soyeon Shin’s painting “Washington Avenue,” which contains a hidden surprise, is  among her works on display at Mrs. in Maspeth.

“Atlantic Avenue” is among Soyeon Shin's works on display at Mrs. in Maspeth.

As an absurdly challenging year comes to a close, images steeped in surrealism and duality feel more than familiar and comfortable against the backdrop of world events. Visual artist Soyeon Shin’s “Walk” exhibit, on view at Mrs. gallery in Maspeth through Jan. 9, features scenes from streets in her Brooklyn neighborhood.

Gallery owner Sara Maria Salamone says of Shin, “There was some mystery in her work that made me want to immediately know more.” Originally from Seoul, her distinctive style is touching on a visceral level

At once peaceful and chaotic, beautiful and disturbing, Shin’s paintings reveal alternate yet connected worlds through unexpected and discordant details embedded into urban settings. Here, architecture converges with nature, not always harmoniously. The longer you look at them, the more details gently yet jarringly emerge, her whimsical touches emphasizing the darkness behind their surface tranquility

A brick building, its windows also paved over with brick, beckons or warns, maybe both, from the canvas of “Washington Avenue.” A door to the lower right of the painting opens to reveal a black cat at the top of the doorframe nestled next to a moon, maybe highlighting possibilities within limitations, information to help free the trapped, obtained through proverbial cat curiosity.

An airborne plane leaving a chemtrail dripping down and through a white cloud appears about to fly into and snag on a rope attached to a knife plunged into a moon in “Boerum Hill.” An act that would dislodge it? Below, a thin hose threads through the building past a small puff of steam rising from it. The message deeply penetrates: Life and stability’s precariousness permeate all things, from the mortality of human beings to the structural integrity of the buildings they live in.

The symbolism of striving to maintain at least a semblance of life as it once was, adapting to upended daily life, powerfully parallels the world’s response to mass strife. In “Saint James Place,” a large tree grows behind a house’s double glass doors. As a squirrel uses a ladder to access his obstructed dwelling, another snacks contentedly on pizza in the basement, reinforcing that animals are capable of adapting and integrating adversity in a way that at times can put even the most resourceful of us to shame. Their presence is adorable and somehow also frightening.

Death and afterlife themes gently show themselves in “Atlantic Avenue.” A hand reaches out of a dripping yellow line to a boy as he sits on the pavement, seeming to contemplate or confront the other side from the sidewalk. “Myrtle Avenue” shows colored streamers erupting from a shut window. A celebration halted by the unstoppable, or in full swing despite it?

“Witnessing changes in weather, seasons and the effects of human activities, Shin’s paintings travel through time and space as she depicts local cityscapes, inspired by urban nature and the animals that inhabit it,” Mrs. says in a statement about the exhibit, later averring:

“These works present a surrealistic version of the artist’s mindscape, through which the viewer can see into another place, quite like and unlike their own. Conjuring feelings, beliefs and memory, both good and bad, for Shin painting is a poem written with colors and everyday subjects — and at its most basic, a record of life.”

Ultimately, Shin’s work compellingly draws attention to how the mundane doesn’t cancel out the otherworldly, but serves as a portal to it. No matter how a situation appears on the surface, and at first glance, there’s always something to be gained by looking closer.