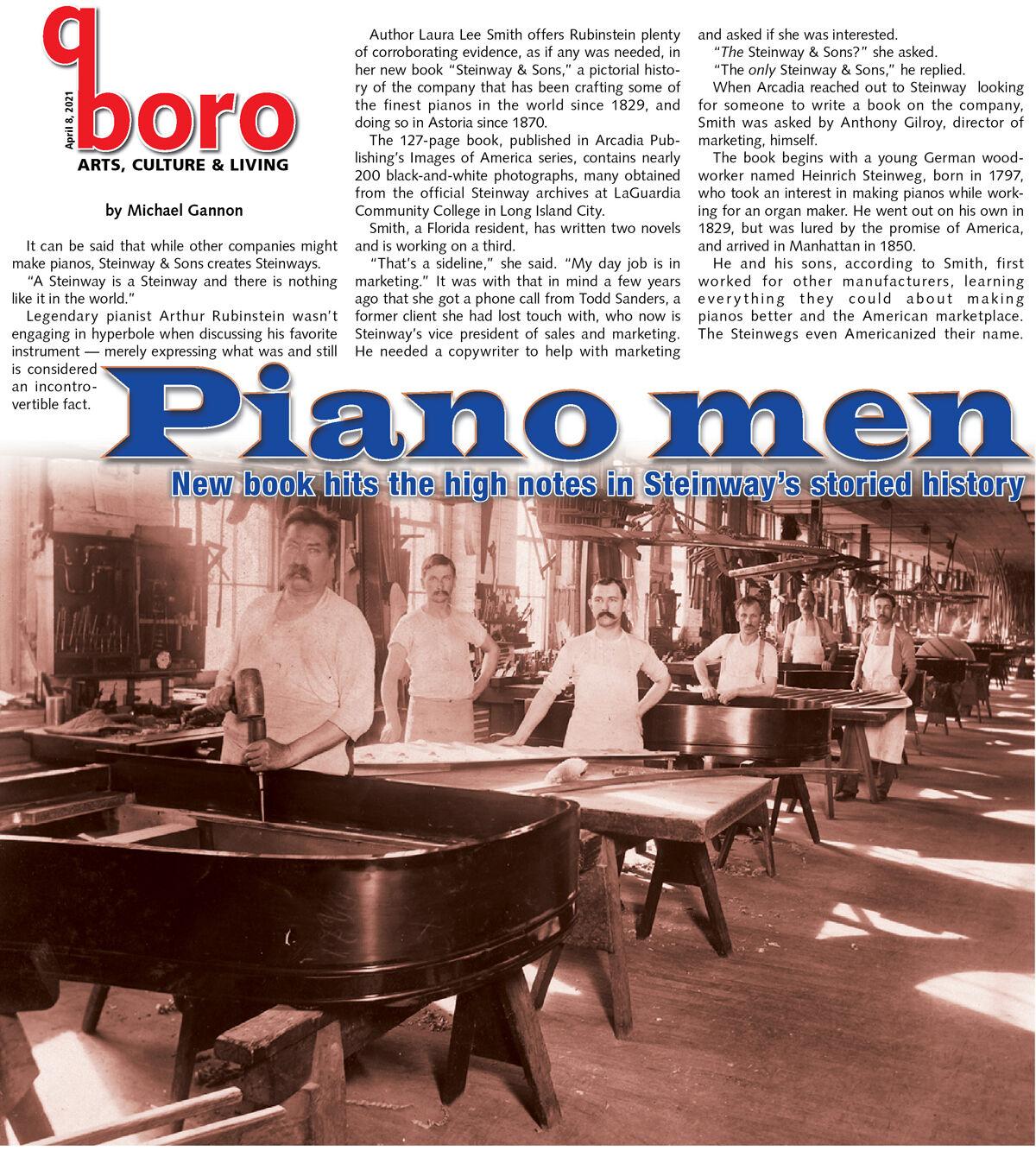 Workmen of a bygone era handcraft pianos much the same as their modern counterparts do today. 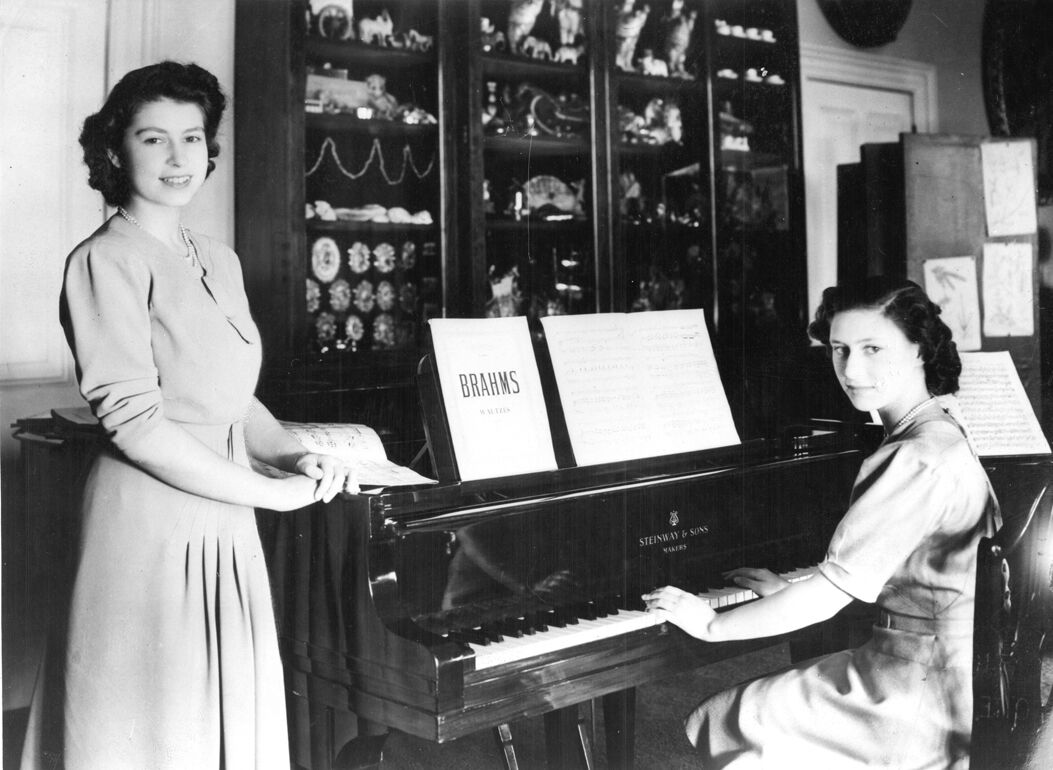 Then-Princess Elizabeth, above left, and her sister, Princess Margaret, partake in classical music on a classic in a new book by Laura Lee Smith. 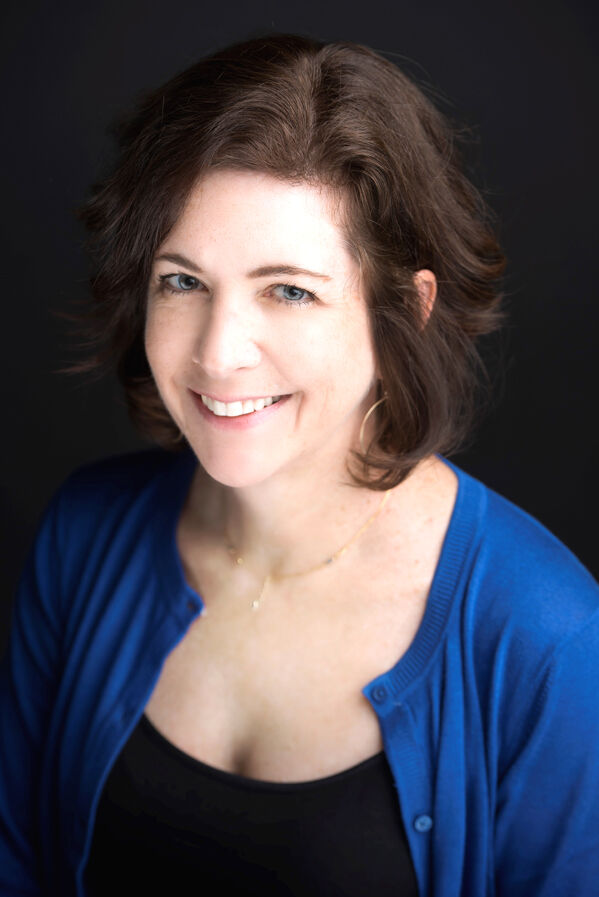 Workmen of a bygone era handcraft pianos much the same as their modern counterparts do today.

Then-Princess Elizabeth, above left, and her sister, Princess Margaret, partake in classical music on a classic in a new book by Laura Lee Smith.

It can be said that while other companies might make pianos, Steinway & Sons creates Steinways.

“A Steinway is a Steinway and there is nothing like it in the world.”

Legendary pianist Arthur Rubinstein wasn’t engaging in hyperbole when discussing his favorite instrument — merely expressing what was and still is considered an incontrovertible fact.

Author Laura Lee Smith offers Rubinstein plenty of corroborating evidence, as if any was needed, in her new book “Steinway & Sons,” a pictorial history of the company that has been crafting some of the finest pianos in the world since 1829, and doing so in Astoria since 1870.

Smith, a Florida resident, has written two novels and is working on a third.

“That’s a sideline,” she said. “My day job is in marketing.” It was with that in mind a few years ago that she got a phone call from Todd Sanders, a former client she had lost touch with, who now is Steinway’s vice president of sales and marketing. He needed a copywriter to help with marketing and asked if she was interested.

“The only Steinway & Sons,” he replied.

When Arcadia reached out to Steinway looking for someone to write a book on the company, Smith was asked by Anthony Gilroy, director of marketing, himself.

The book begins with a young German woodworker named Heinrich Steinweg, born in 1797, who took an interest in making pianos while working for an organ maker. He went out on his own in 1829, but was lured by the promise of America, and arrived in Manhattan in 1850.

He and his sons, according to Smith, first worked for other manufacturers, learning everything they could about making pianos better and the American marketplace. The Steinwegs even Americanized their name.

“There are still some Steinways around,” Smith said. “But they haven’t run the company for many years.”

It was the need for expansion — and labor peace — that prompted one of Heinrich’s sons, William, to buy land and set up shop in Astoria. Now, not just a street but a whole neighborhood bears his name.

“He, in particular, was instrumental in building not just the company, but the area that people lived in and worked in,” Smith said. “There was a theme park; there were schools; there were fire stations; there was company housing. I had never realized how much the company that I know and love as a piano manufacturer is actually bigger than that in American history. Because they had such a hand in developing such an important part of New York and therefore an important part of America.”

Many photos show each instrument being handcrafted rather than mass-produced, each worker an artisan in his field.

“They had tours of the factory before Covid,” Smith said. “They took about two hours. And you could see workers using some of the same tools, the same procedures that you might have seen in 1916 or even years earlier,” she said.

She mentioned 2009’s “Note by Note,” a documentary that chronicles the yearlong process of creating a single grand piano, starting with the tree selected for the wood.

Photos in the book also include Rubinstein, Van Cliburn, Vladimir Horowitz and Princess Elizabeth, the future Queen of England. Pianist Michael Feinstein, who has the distinction of being a Steinway Artist, penned the forward.

The book, $21.99, is available in bookstores or online at arcadiapublishing.com.