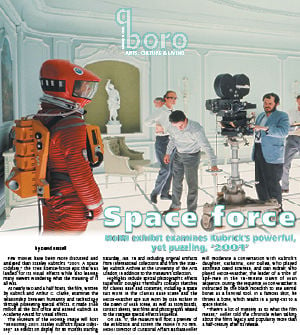 A scene from “2001: A Space Odyssey” on Space Station V, featuring Djinn chairs, a design in the “modernist” style. 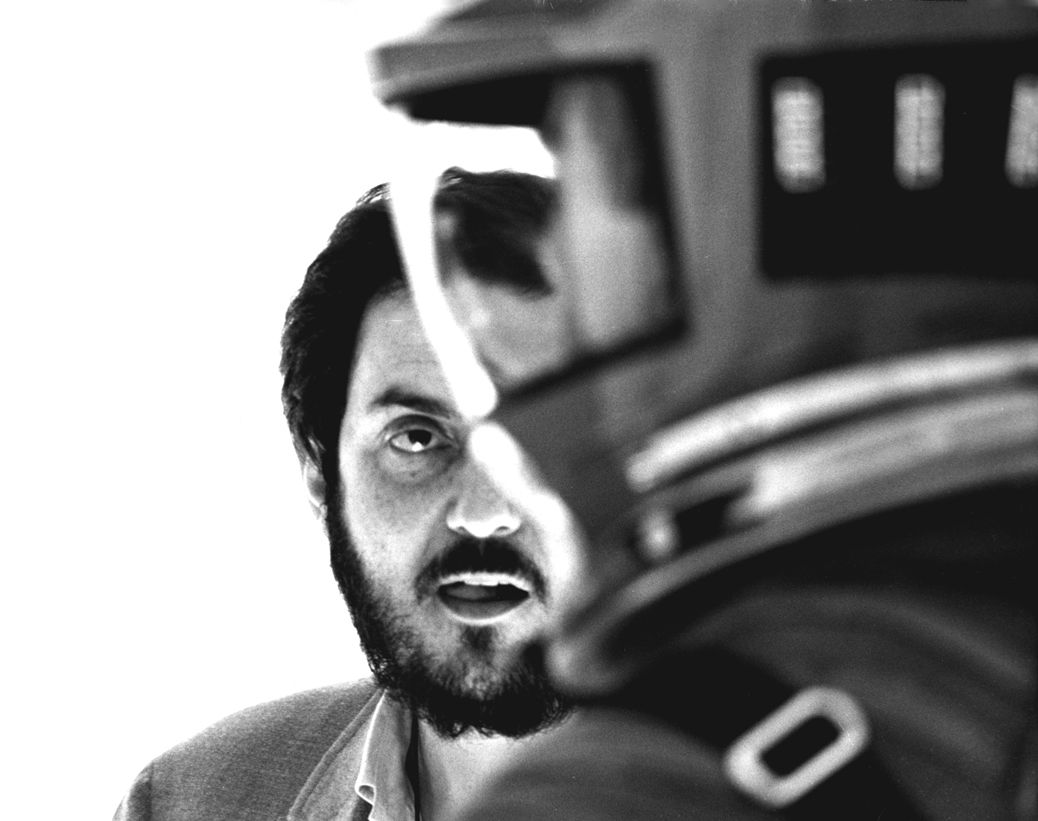 Stanley Kubrick, the film’s director. On the cover: Kubrick on the hotel room set.

A scene from “2001: A Space Odyssey” on Space Station V, featuring Djinn chairs, a design in the “modernist” style.

Stanley Kubrick, the film’s director. On the cover: Kubrick on the hotel room set.

Few movies have been more discussed and analyzed than Stanley Kubrick’s “2001: A Space Odyssey,” the 1968 science-fiction epic that was lauded for its visual effects while also leaving many viewers wondering what the meaning of it all was.

At nearly two and a half hours, the film, written by Kubrick and Arthur C. Clarke, examines the relationship between humanity and technology through pioneering special effects. It made $146 million at the box office and earned Kubrick an Academy Award for Visual Effects.

The Museum of the Moving Image will host “Envisioning 2001: Stanley Kubrick’s Space Odyssey,” an exhibit on display for six months starting Saturday, Jan. 18, and including original artifacts from international collections and from the Stanley Kubrick Archive at the University of the Arts London, in addition to the museum’s collection.

Highlights include special photographic effects supervisor Douglas Trumbull’s concept sketches for Clavius Base and costumes, including a space suit worn in the Clavius Base scene and the Moon-Watcher ape suit worn by Dan Richter in the Dawn of Man scene, as well as storyboards, contact sheets, test films and photographs related to the Stargate special effects sequence.

On Jan. 17, the museum will host a preview of the exhibition and screen the movie in 70 mm. MoMI Director of Curatorial Affairs Barbara Miller will moderate a conversation with Kubrick’s daughter, Katharina, Keir Dullea, who played astronaut David Bowman, and Dan Richter, who played Moon-Watcher, the leader of a tribe of ape-men in the 18-minute Dawn of Man sequence. During the sequence, Moon-Watcher is instructed by the black monolith to use animal bones as a survival tool. In a famous shot, he throws a bone, which results in a jump-cut to a space shuttle.

“There’s a lot of mystery as to what the film means,” Miller told the Chronicle when talking about the film’s legacy and popularity more than a half-century after its release. “I think it gives you a lot to chew over. I think it still looks fresh — there’s nothing dated about the film at all even though we’re now 19 years past the vision of the future that it was presenting.”

She said “2001” marked a complete change in visual effects “in order to meet Kubrick’s standard of creating a film about space that wasn’t distracting because it looked so fake.”

The museum will screen the movie every Saturday at noon from Jan. 18 through July 18, except for March 14.

Many didn’t understand the movie and many walked out. Screen icon Rock Hudson reportedly walked out saying, “Will someone tell me what the hell this is about?”

The film found a following with audiences who would drop acid before seeing it. The studio added a new tagline to redesigned movie posters, calling it “The Ultimate Trip.”

Popular culture became ingrained with moments from the movie such as the opening theme “Thus Spake Zarathrusta” and the red eye of HAL 9000, the artificial intelligence computer controlling the systems of the Discovery One spacecraft and interacting with the ship’s crew, with increasingly negative results.

There is no dialogue until more than 20 minutes into the film. Nearly an hour and a half of it is dialogue-free. Still, the movie features some memorable lines, including “Open the pod bay doors, HAL,” and “Dave, my mind is going, I can feel it.”

The movie ends with the Star Child, a floating fetus in a glowing orb, looking at the Earth.

Viewers have described the movie as an allegory for conception, birth and death. In a way, a line in the film referring to the monolith can double as a description for the movie as a whole: “Its origin and purpose are still a total mystery.”

Museum of the Moving Image,