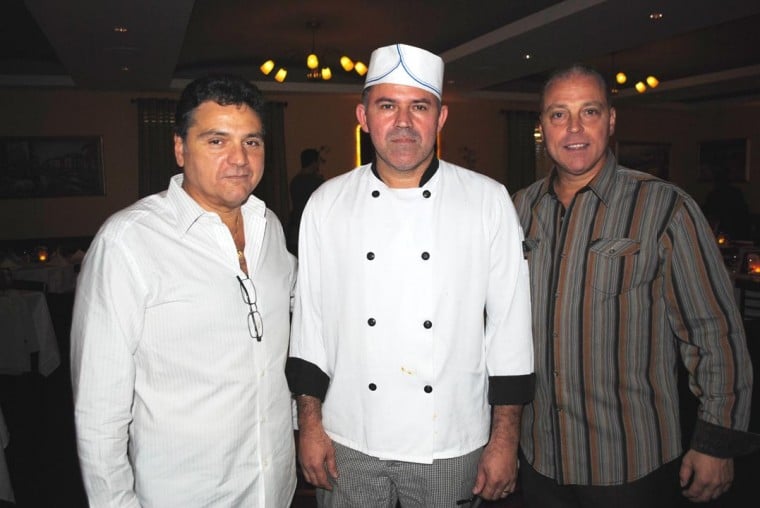 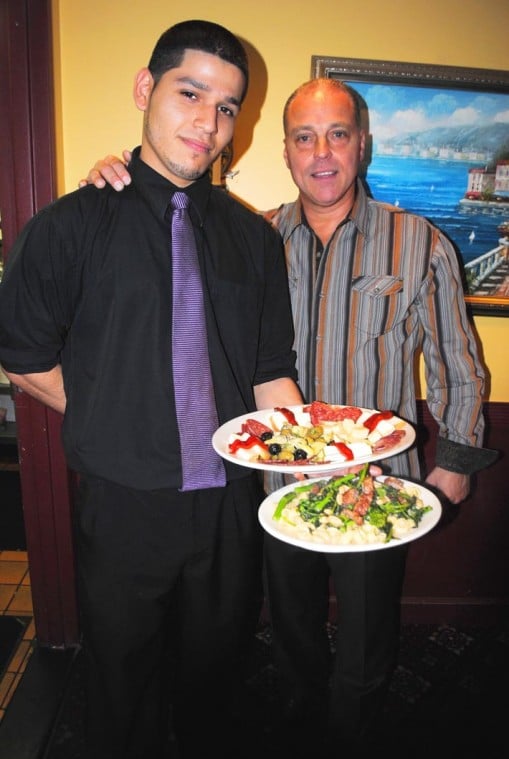 Anthony Amoroso and a server show off the dishes that bring crowds to Matteo’s.

Anthony Amoroso and a server show off the dishes that bring crowds to Matteo’s.

Holding their hands to their stomachs and sighing contendedly, a stream of customers clamored to pat Anthony Amoroso on the back last Friday night, gushing to the co-owner of Matteo’s of Howard Beach about such entrees as shrimp alla Wendy, veal chop paillard and the prime aged porterhouse.

“Amazing Anthony, really amazing,” one patron said as she left the restaurant at 155-10 Crossbay Blvd.

Another customer, toting a carry-out bag, exclaimed he never wants the leftovers to end.

“I’ll be back soon,” the man said. “It was delicious, more than delicious.”

Such an outpouring of love is typical at Matteo’s, which opened at its Howard Beach location in 2003 and is packed with hundreds of people on any given weekend night.

Owned by Michael D’Avanzo, Rafael Sorto, who is also the head chef, and Amoroso, who recently returned to the spot on Crossbay Boulevard after working at the restaurant’s other locations on Long Island, the restaurant offers a wide variety of Italian cuisine.

“I love being back here,” said Amoroso, who grew up in Howard Beach. “It’s great seeing the faces I grew up with. I’m a neighborhood guy back in the neighborhood.”

While it’s difficult for Matteo’s customers to choose a favorite entree, D’Avanzo said their chicken Matteo, which comes with homemade sausage, roasted peppers, onions, broccoli and potatoes, is especially popular, as is their veal chop and shrimp Luciano.

But, the owners, noted, it’s impossible to go wrong with whatever comes to the table — which includes even meals that aren’t listed as part of the menu or specials.

“We can make whatever people want us to make,” Amoroso said.

When my husband and I ate there last weekend, we were surrounded by large families and couples sharing ravioli filetto di pomodoro and grilled colossal shrimp Matteo.

Our waiter, a gregarious young man named Anthony, was incredibly knowledgeable about everything on, and off, the menu.

“You’ll fall in love with this, believe me,” he said of our meal, which included a house salad, paccheri pasta with the chef’s beloved modo nostro sauce, and the chicken bruschetta — a lightly breaded and fried chicken with pesto sauce and french fries.

Fall in love with it we did.

Matteo’s continues to grow, and Amoroso and D’Avanzo said they’ve been especially happy to recently open the restaurant’s bar and renovate the inside, which included everything from a new paint job to bringing in antique tables and lamps that create a warm ambiance.

The restaurant also offers private party rooms and outside catering.