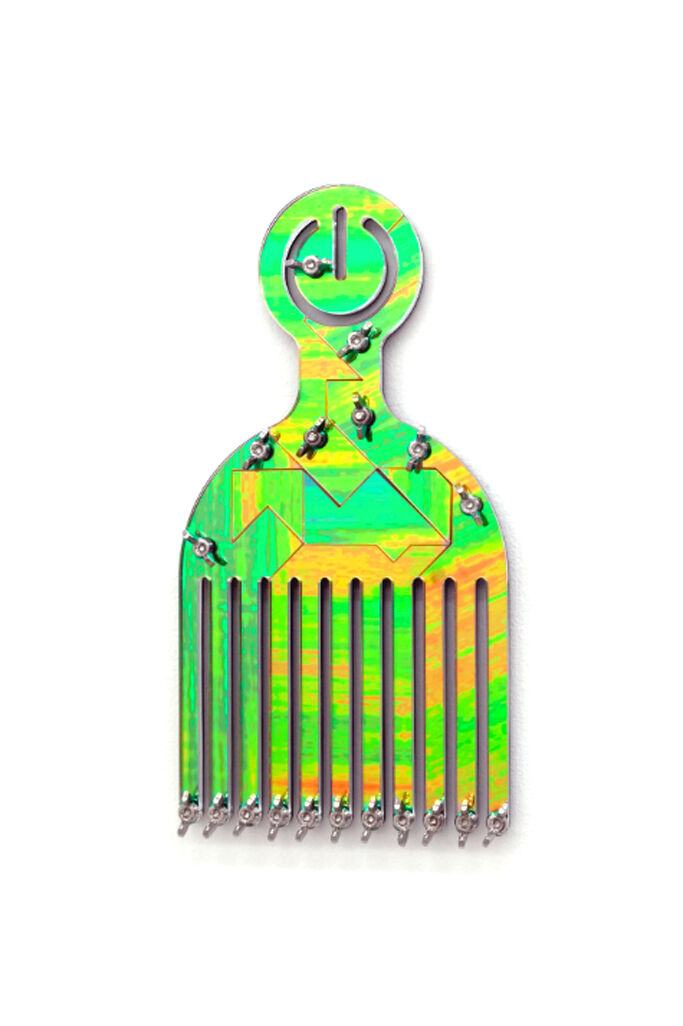 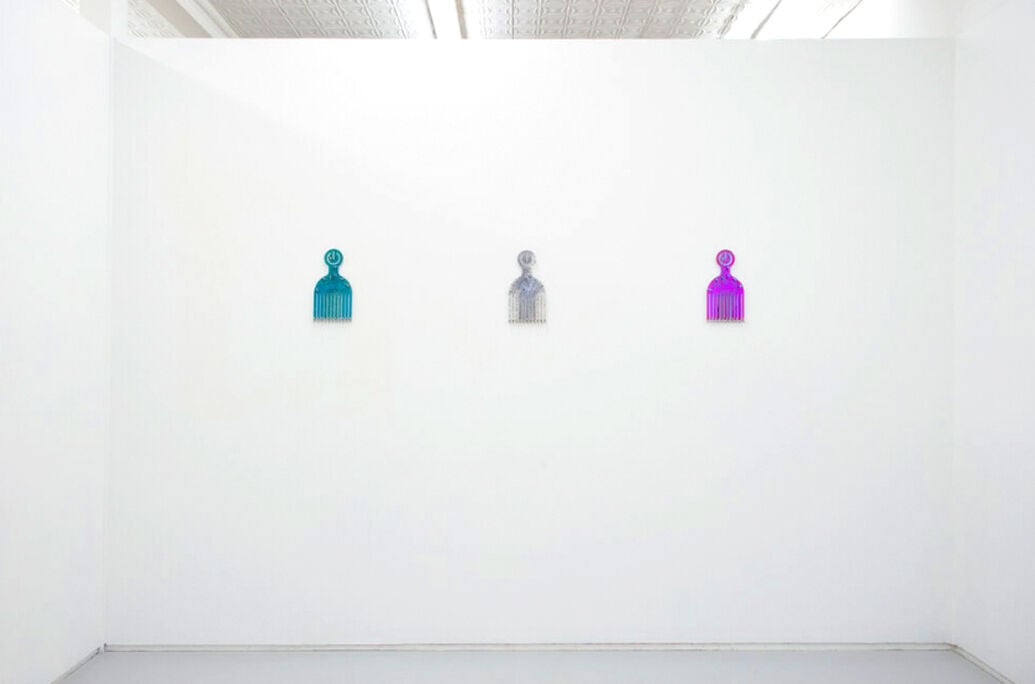 The Mrs. gallery in Maspeth has joined the movement to address racial inequity by holding a benefit exhibit, from which all proceeds will help amplify black voices within art and design.

Damien Davis, a new media artist who is known for making Plexiglas collages, created the pieces for the exhibit, which will be on display at the gallery through Aug. 1.

The work consists of 13 large afro comb fabrications, which Davis fashioned in vivid colors with varied textures and patterns running across the surface.

“It’s kind of like an iconic image in my culture — the American black community especially,” Davis said.

Davis’ press materials note that it was not uncommon in the 1970s and 1980s, and still today, for police to confiscate afro combs because of their perceived potential use as weapons. His idea riffs off the black power motif by employing the power button symbol at the top of the comb, referencing “the futurist mode” to the way Davis makes the work.

All of Davis’ output is mediated through some kind of digital means like a laser cutter or a 3-D printer. He aims to “re-humanize” these processes, by making little embellishments that make the medium more accessible to the viewer.

For instance, on each of the combs, Davis left exposed bolts and wingnuts jutting off the surface. It’s a reference to the mechanical process he used to create the work.

“People can look at it and they understand that it’s hardware and they can imagine themselves sort of assembling it. So it feels empowering in that way,” Davis said.

Davis’ practice also plays with the visual language of black culture. Part of his goal is to create a visual code that might beckon someone who wasn’t necessarily comfortable walking into art galleries.

Davis personally chose all of the organizations that will receive the proceeds of art sales from the show. For him, it was important to identify various organizations that are also doing the work of making the art world more accessible to people of color and from diverse backgrounds.

“So people that are focused on black people in design or curatorial work in arts administration, all of those kinds of things I’m interested in,” Davis said.

The gallery’s curator, Sara Maria Salamone, said that when the protest began in June, she knew that she wanted to organize an immediate response, and turned to Davis for help.

As far as what she’s learned from working with Davis about her role as a curator, Salamone said that it’s important to continuously evaluate where the art world is inaccessible.

“There is always room for improvement,” Salamone said. “Since we’ve opened in 2016, we have really tried to highlight the artwork of underrepresented artists, that includes people of color, that includes women, it includes minority groups. That doesn’t mean that our work is done.”

“That’s a big part of the fundraiser. It’s about highlighting organizations that have been doing this work for a long time,” he said.