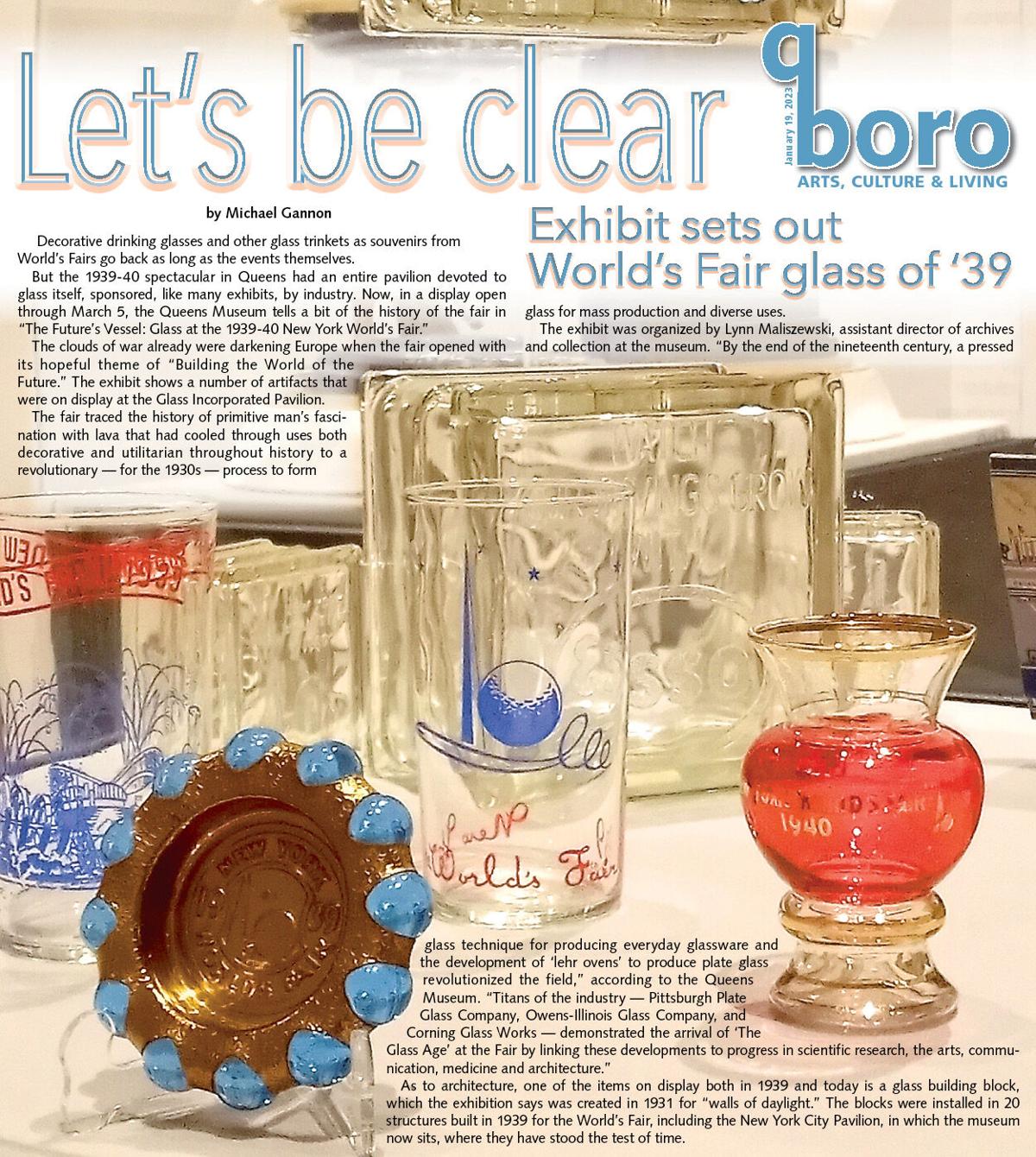 Artifacts on display at the Queens Museum include drinking glasses and more. The exhibit through March 5 can take a trip back in time to the 1939-40 World’s Fair and look at how glass could be so complex, yet so simple and amazing. 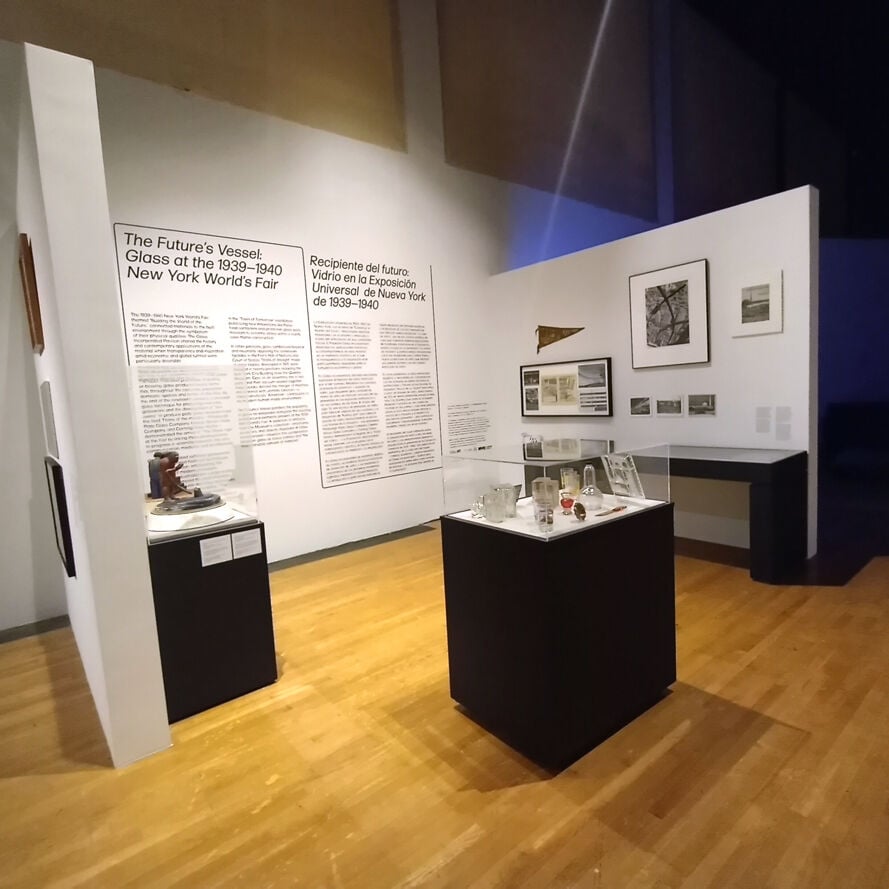 Visitors to the Queens Museum through March 5 can take a trip back in time to the 1939-40 World’s Fair and look at how glass could be so complex, yet so simple and amazing.

Artifacts on display at the Queens Museum include drinking glasses and more. The exhibit through March 5 can take a trip back in time to the 1939-40 World’s Fair and look at how glass could be so complex, yet so simple and amazing.

Visitors to the Queens Museum through March 5 can take a trip back in time to the 1939-40 World’s Fair and look at how glass could be so complex, yet so simple and amazing.

Decorative drinking glasses and other glass trinkets as souvenirs from World’s Fairs go back as long as the events themselves.

But the 1939-40 spectacular in Queens had an entire pavilion devoted to glass itself, sponsored, like many exhibits, by industry. Now, in a display open through March 5, the Queens Museum tells a bit of the history of the fair in “The Future’s Vessel: Glass at the 1939-40 New York World’s Fair.”

The clouds of war already were darkening Europe when the fair opened with its hopeful theme of “Building the World of the Future.” The exhibit shows a number of artifacts that were on display at the Glass Incorporated Pavilion.

The fair traced the history of primitive man’s fascination with lava that had cooled through uses both decorative and utilitarian throughout history to a revolutionary — for the 1930s — process to form glass for mass production and diverse uses.

The exhibit was organized by Lynn Maliszewski, assistant director of archives and collection at the museum.

“By the end of the nineteenth century, a pressed glass technique for producing everyday glassware and the development of ‘lehr ovens’ to produce plate glass revolutionized the field,” according to the Queens Museum. “Titans of the industry — Pittsburgh Plate Glass Company, Owens-Illinois Glass Company, and Corning Glass Works — demonstrated the arrival of ‘The Glass Age’ at the Fair by linking these developments to progress in scientific research, the arts, communication, medicine and architecture.”

As to architecture, one of the items on display both in 1939 and today is a glass building block, which the exhibition says was created in 1931 for “walls of daylight.” The blocks were installed in 20 structures built in 1939 for the World’s Fair, including the New York City Pavilion, in which the museum now sits, where they have stood the test of time.

Walk around the outside of the museum in Flushing Meadows Corona Park and you will find some of them are still there.

Approach the ground floor glass exhibit — located near the entrance to the New York City Panorama — and visitors are greeted, as they no doubt were in 1939-40, by maps of the fair grounds.

Turn a corner and a display case shows souvenir drinking glasses, bottles, a paperweight, bottles and a small vase that would have been on sale or on display at the original fair. There even is a glass knife.

A nearby case displays two statues from an original Corning Glass panorama of 20 sculptures titled “The History of Glass.”

One shows an ancient Egyptian finding shards provided by nature.

The second portrays engineer Émile Fourcault’s 1902 method of fabricating glass by pulling a ribbon of the liquid substance upward through a press “to flatten, clarify and cool the glass.”

Beyond that, on a wall, are descriptions of the exhibit in English and Spanish.

Still another display case shows off contemporary photographs, trade advertisements and magazine articles, along with a light bulb from the days of the fair and one of those glass building blocks.

If you want to catch a seat and rest, just beyond the exhibit is a 33-minute film of the fair shot in both black and white by Charles Ginzberg, showing visitors, attractions and, among other things, pavilions of countries that would be at war before the fair ended.

The museum is open Wednesdays through Fridays from noon to 5 p.m., and Saturdays and Sundays from 11 a.m. to 5 p.m. Timed reservations and information on all ongoing museum exhibits can be made online at queensmueum.org.