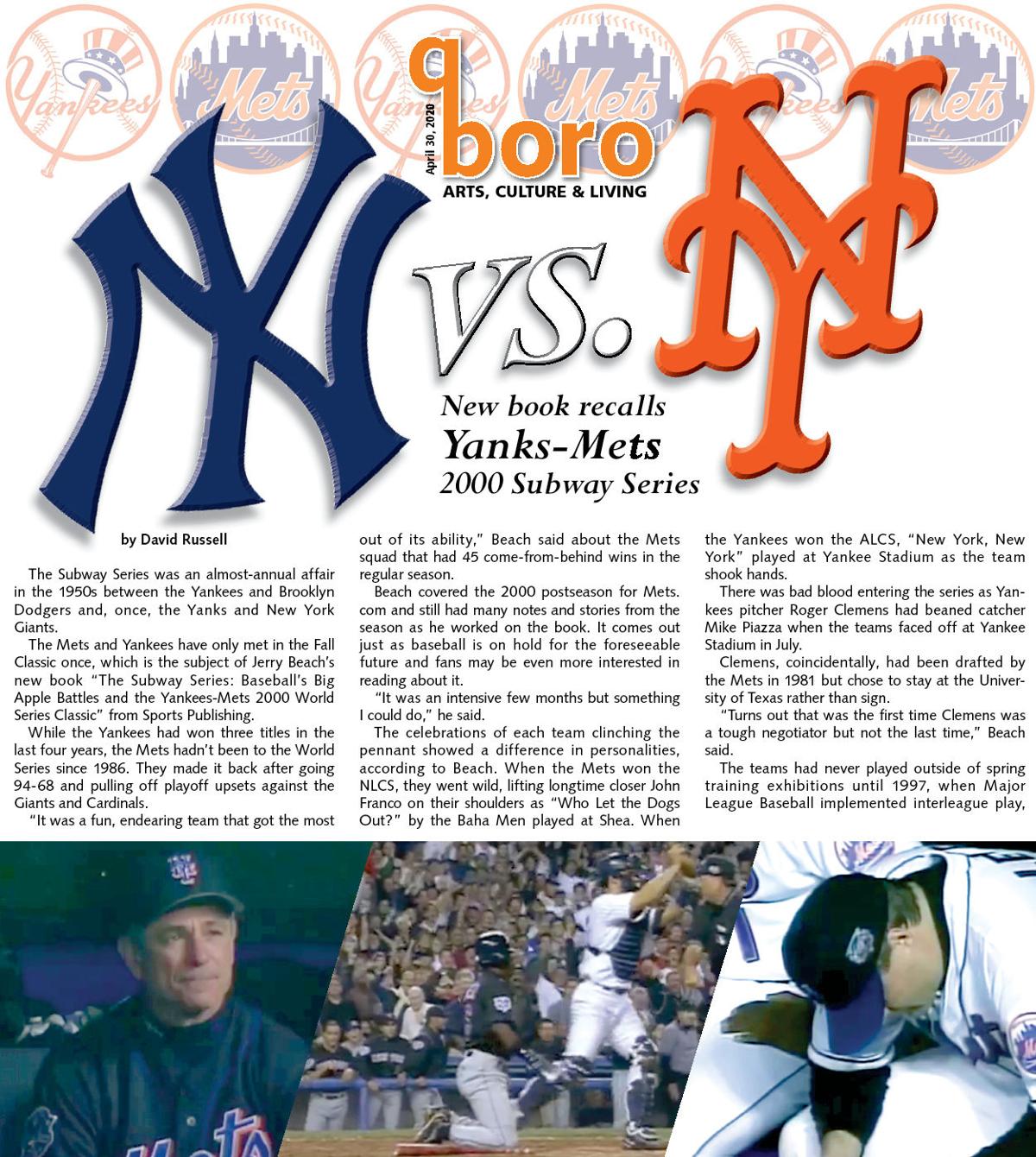 On the cover: Scenes from the Mets’ falling short as they lost the series in five games. 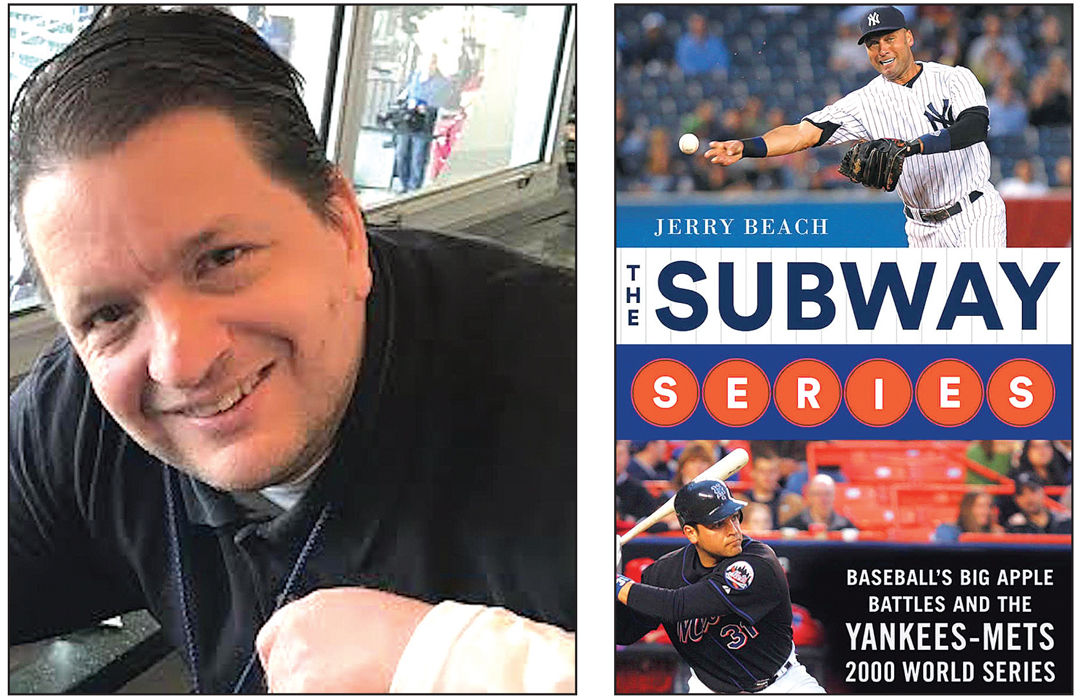 Jerry Beach’s new book takes a look back at the only World Series meeting between the Mets and Yankees, in 2000.

On the cover: Scenes from the Mets’ falling short as they lost the series in five games.

Jerry Beach’s new book takes a look back at the only World Series meeting between the Mets and Yankees, in 2000.

The Subway Series was an almost-annual affair in the 1950s between the Yankees and Brooklyn Dodgers and, once, the Yanks and New York Giants.

The Mets and Yankees have only met in the Fall Classic once, which is the subject of Jerry Beach’s new book “The Subway Series: Baseball’s Big Apple Battles and the Yankees-Mets 2000 World Series Classic” from Sports Publishing.

While the Yankees had won three titles in the last four years, the Mets hadn’t been to the World Series since 1986. They made it back after going 94-68 and pulling off playoff upsets against the Giants and Cardinals.

“It was a fun, endearing team that got the most out of its ability,” Beach said about the Mets squad that had 45 come-from-behind wins in the regular season.

Beach covered the 2000 postseason for Mets.com and still had many notes and stories from the season as he worked on the book. It comes out just as baseball is on hold for the foreseeable future and fans may be even more interested in reading about it.

“It was an intensive few months but something I could do,” he said.

The celebrations of each team clinching the pennant showed a difference in personalities, according to Beach. When the Mets won the NLCS, they went wild, lifting longtime closer John Franco on their shoulders as “Who Let the Dogs Out?” by the Baha Men played at Shea. When the Yankees won the ALCS, “New York, New York” played at Yankee Stadium as the team shook hands.

There was bad blood entering the series as Yankees pitcher Roger Clemens had beaned catcher Mike Piazza when the teams faced off at Yankee Stadium in July.

Clemens, coincidentally, had been drafted by the Mets in 1981 but chose to stay at the University of Texas rather than sign.

“Turns out that was the first time Clemens was a tough negotiator but not the last time,” Beach said.

The teams had never played outside of spring training exhibitions until 1997, when Major League Baseball implemented interleague play, suddenly adding a layer and bragging rights to the intracity rivalry.

Yankees manager Joe Torre had been a player and manager with the Mets in the ’70s and early ’80s. One of his players then was Bobby Valentine, now his adversary in the Mets dugout.

Jose Vizcaino, a Mets infielder in the mid-’90s, won Game 1 of the World Series for the Yankees with a 12th inning single off relief pitcher Turk Wendell after the Bronx Bombers tied the game in the ninth.

When Clemens and Piazza met in the first inning of Game 2, Piazza’s bat broke and a sharp piece went to Clemens. He threw it toward the baseline, nearly hitting Piazza.

The benches cleared but there were no ejections. Clemens stayed in and pitched eight shutout innings as the Yankees took a 2-0 series lead. Beach said some Mets are still surprised Clemens wasn’t ejected.

Wendell told Beach if he had thrown a bat at Derek Jeter he would’ve been thrown out of the game.

The Mets won Game 3 but the Yankees won Game 4, with former Met David Cone retiring Piazza in a critical at-bat in the fifth inning of a one-run game.

The Yankees clinched the World Series with a 4-2 win in Game 5 at Shea.

It was Piazza who flied out against legendary closer Mariano Rivera to end it.

“A lot of guys thought it was gone,” Beach said of the shot, noting that Yankees Paul O’Neill and Scott Brosius told him they thought Piazza had tied the game when the ball first left his bat. But Mets first baseman Todd Zeile was on deck when the series ended and told Beach he knew it was short.

Both teams have made it back to the Fall Classic but in the nearly-60-year history of the Mets, 2000 is the only time they faced the Yankees in the World Series.