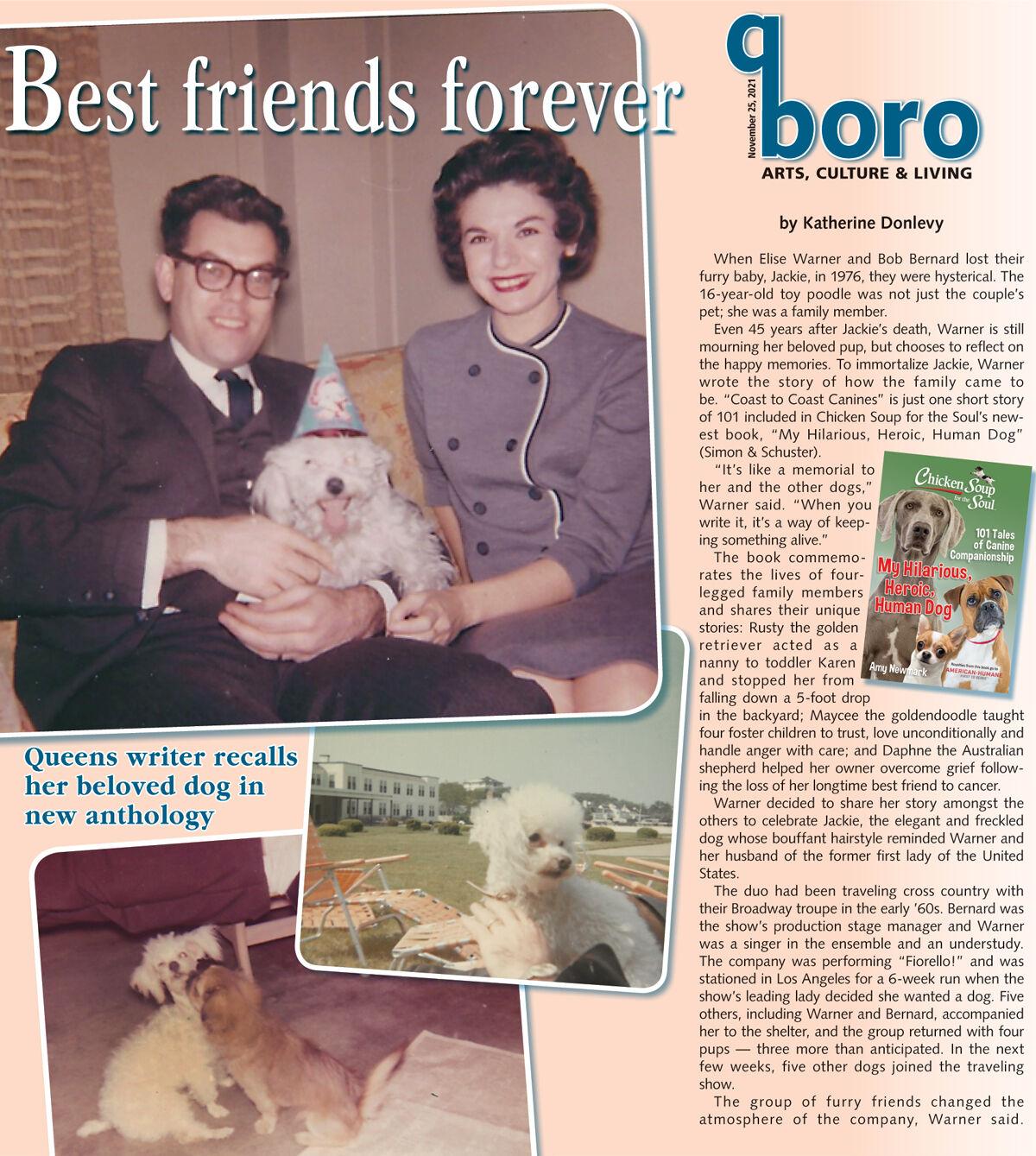 Elise Warner, Bob Bernard and Jackie enjoy their days together. 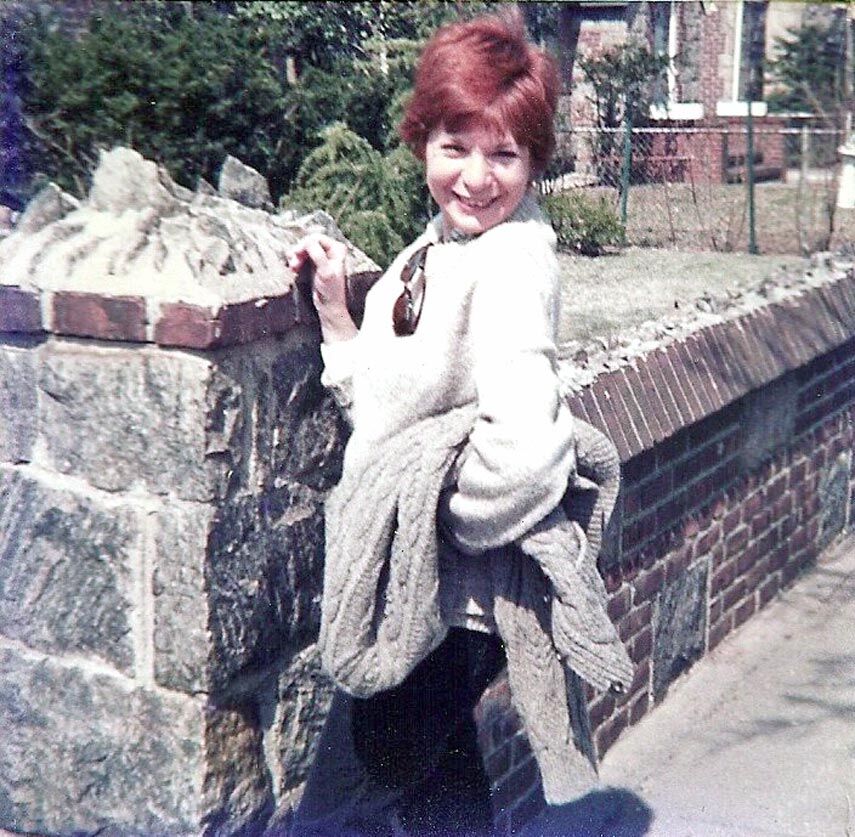 Elise Warner of Jackson Heights wrote a short story about the day she and her husband, Bob Bernard, adopted their beloved toy poodle, Jackie, for Chicken Soup for the Soul’s “My Hilarious, Heroic, Human Dog.”

Elise Warner, Bob Bernard and Jackie enjoy their days together.

Elise Warner of Jackson Heights wrote a short story about the day she and her husband, Bob Bernard, adopted their beloved toy poodle, Jackie, for Chicken Soup for the Soul’s “My Hilarious, Heroic, Human Dog.”

When Elise Warner and Bob Bernard lost their furry baby, Jackie, in 1976, they were hysterical. The 16-year-old toy poodle was not just the couple’s pet; she was a family member.

Even 45 years after Jackie’s death, Warner is still mourning her beloved pup, but chooses to reflect on the happy memories. To immortalize Jackie, Warner wrote the story of how the family came to be. “Coast to Coast Canines” is just one short story of 101 included in Chicken Soup for the Soul’s newest book, “My Hilarious, Heroic, Human Dog” (Simon & Schuster).

“It’s like a memorial to her and the other dogs,” Warner said. “When you write it, it’s a way of keeping something alive.”

The book commemorates the lives of four-legged family members and shares their unique stories: Rusty the golden retriever acted as a nanny to toddler Karen and stopped her from falling down a 5-foot drop in the backyard; Maycee the goldendoodle taught four foster children to trust, love unconditionally and handle anger with care; and Daphne the Australian shepherd helped her owner overcome grief following the loss of her longtime best friend to cancer.

Warner decided to share her story amongst the others to celebrate Jackie, the elegant and freckled dog whose bouffant hairstyle reminded Warner and her husband of the former first lady of the United States.

The duo had been traveling cross country with their Broadway troupe in the early ’60s. Bernard was the show’s production stage manager and Warner was a singer in the ensemble and an understudy. The company was performing “Fiorello!” and was stationed in Los Angeles for a 6-week run when the show’s leading lady decided she wanted a dog. Five others, including Warner and Bernard, accompanied her to the shelter, and the group returned with four pups — three more than anticipated. In the next few weeks, five other dogs joined the traveling show.

The group of furry friends changed the atmosphere of the company, Warner said. They encouraged play and laughter, especially Jackie, who became a professional at leaping from one side of the bus to the other.

“We had Christmas parties for them. They’d chase each other up and down the corridor,” said Warner. “It was great fun.”

After the tour ended, Warner, Bernard and Jackie continued to travel with other national tours and industrial shows. They had a permanent home in Elmhurst at the time, but spent much of the year seeing different parts of the world.

Despite growing up surrounded by actors and theater-lovers, Jackie had terrible stage fright, Warner recalled. The toy poodle was offered a role in a production of “Wonderful Town,” Warner writes, but Jackie was too shy for the spotlight. Instead, Jackie preferred to sing along with the piano player.

Theater was an integral part of the trio’s life, and Jackie passed on in the same way she was brought into the family: on the road rehearsing a show. Warner and Bernard were consoled by members of the company who had theater pets of their own.

“They were show-business gypsies with four paws and hearts full of love,” Warner writes, completing her story.

Jackie was Warner and Bernard’s only dog. They were heartbroken when she passed, and couldn’t imagine going through the experience another time: Jackie was one of a kind, Warner recalled.

Even after Jackie’s kennel-mates, adopted by the other “Fiorello!” members, moved on to doggie heaven, their owners remained exceptional friends for decades to come. The furry friends helped cement exceptional relationships, Warner said.

“We all kept in touch for quite a while. It was a good company,” Warner said.

Warner is not as involved in theater these days — she’s rediscovered an old passion for writing, especially stories that allow her to reflect on her time with Jackie. She is in the process of writing a novel from her Jackson Heights home, she said.