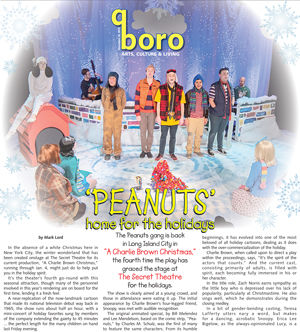 The Peanuts  gang remembers the true meaning of the Christmas. 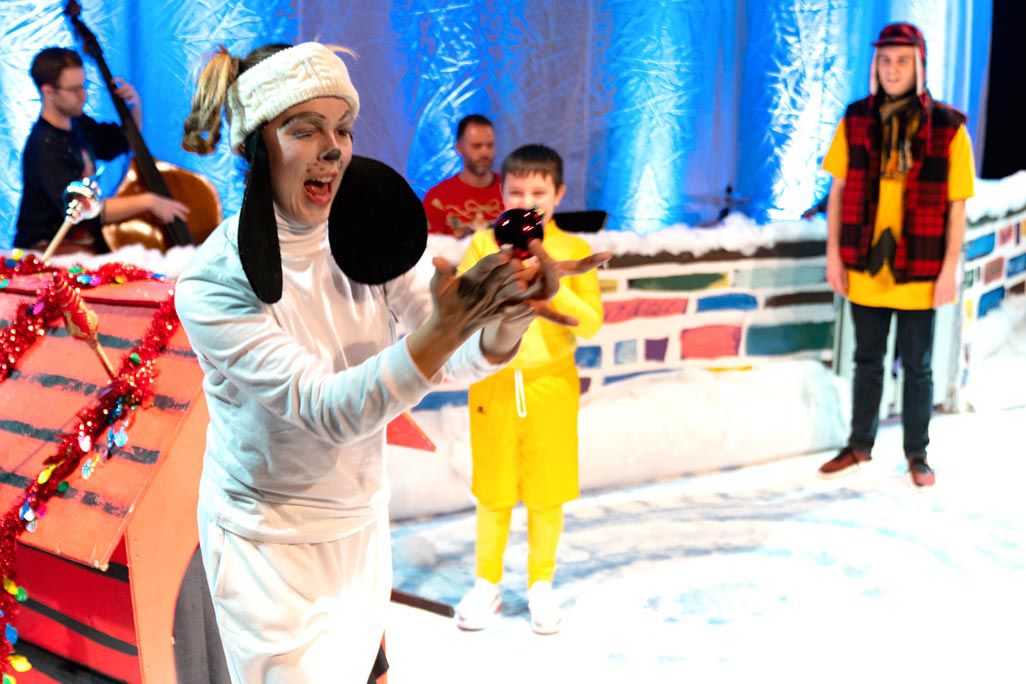 Snoopy readies his doghouse for the holidays. 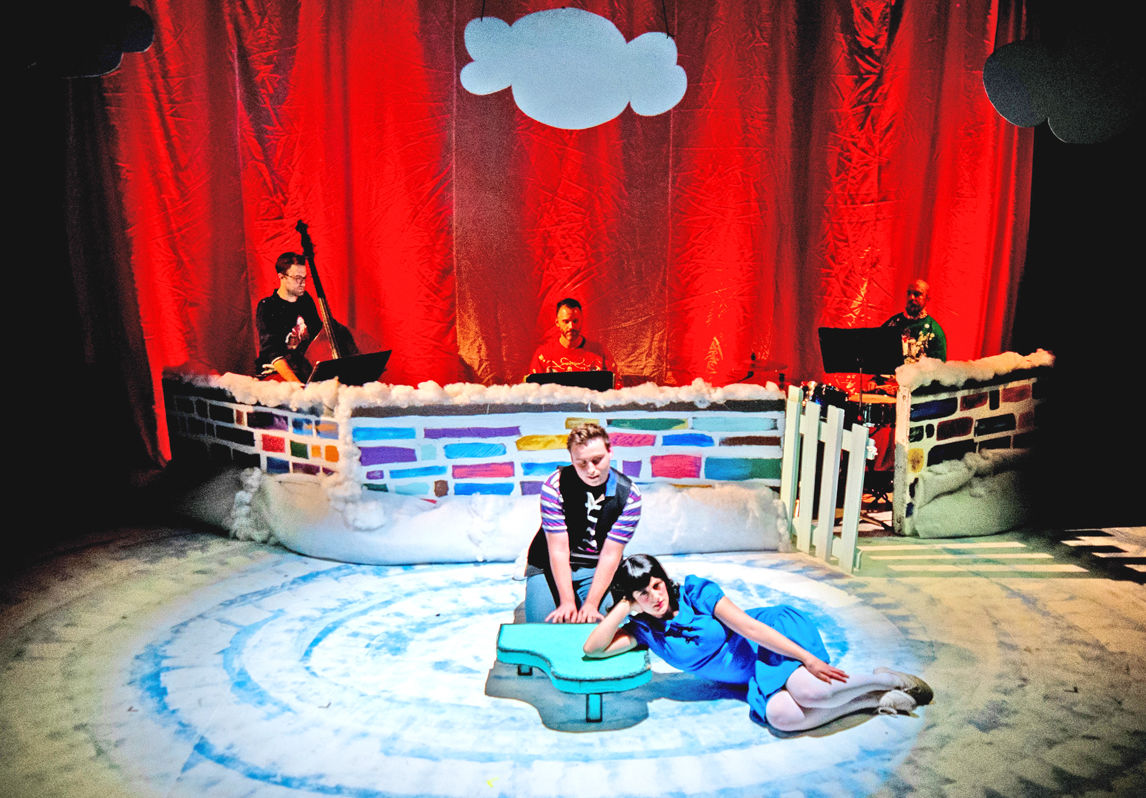 Lucy pines for Schroeder in “A Charlie Brown Christmas” at The Secret Theatre.

The Peanuts  gang remembers the true meaning of the Christmas.

Snoopy readies his doghouse for the holidays.

Lucy pines for Schroeder in “A Charlie Brown Christmas” at The Secret Theatre.

In the absence of a white Christmas here in New York City, the winter wonderland that has been created on stage at The Secret Theatre for its current production, “A Charlie Brown Christmas,” running through Jan. 4, might just do to help put you in the holiday spirit.

It’s the theater’s fourth go-round with this seasonal attraction, though many of the personnel involved in this year’s rendering are on board for the first time, lending it a fresh feel.

A near-replication of the now-landmark cartoon that made its national television debut way back in 1965, the show runs about half an hour, with a mini-concert of holiday favorites sung by members of the company extending the gaiety to 45 minutes ... the perfect length for the many children on hand last Friday evening.

The show is clearly aimed at a young crowd, and those in attendance were eating it up. The initial appearance by Charlie Brown’s four-legged friend, Snoopy, was met with audible recognition.

The original animated special, by Bill Melendez and Lee Mendelson, based on the comic strip, “Peanuts,” by Charles M. Schulz, was the first of many to feature the same characters. From its humble beginnings, it has evolved into one of the most beloved of all holiday cartoons, dealing as it does with the over-commercialization of the holiday.

Charlie Brown, when called upon to direct a play within the proceedings, says, “It’s the spirit of the actors that counts.” And the current cast, consisting primarily of adults, is filled with spirit, each becoming fully immersed in his or her character.

In the title role, Zach Norris earns sympathy as the little boy who is depressed over his lack of popularity, particularly at Christmastime. He also sings well, which he demonstrates during the closing medley.

In a bit of gender-bending casting, Teresa Lafferty utters nary a word, but makes for a dancing, acrobatic Snoopy. Erica Lee Bigelow, as the always-opinionated Lucy, is a kewpie doll come to life, complete with long, flowing eyelashes and rosy cheeks. And Dara Pardon, as Charlie Brown’s younger sister, Sally, is reminiscent of a young Kristin Chenoweth, who made a name for herself on Broadway in a related musical, “You’re a Good Man, Charlie Brown.”

Nathaniel Rothrock as Linus clutches his security blanket for all its worth and delivers, with feeling, a message about the true meaning of Christmas. Aaron Braden as Schroeder has fun as he simulates playing a mean piano.

They bring to life the jazz-infused score by Vince Guaraldi, credited to a large extent for the popularity of the original cartoon. His composition, “Christmas Time Is Here,” has become a recognizable holiday favorite.

While there is not much singing in the show proper, the finale incorporates several seasonal tunes, a nice touch for sending the audience out in the right frame of mind.

The stage version was directed and choreographed affectionately by Joy Donze, who acquitted herself nicely on stage Friday night, filling in for an indisposed performer.

As for that delightful setting, with decorative strings of lights, fluffy-looking clouds and an even fluffier snowman, it is the handiwork of Claire McClain, who also created the colorful costumes. The effective lighting was designed by Leslie Gray.

The show would make an ideal introduction to theater for young people. As for the older folks accompanying them, it can provide a nostalgic walk down memory lane.