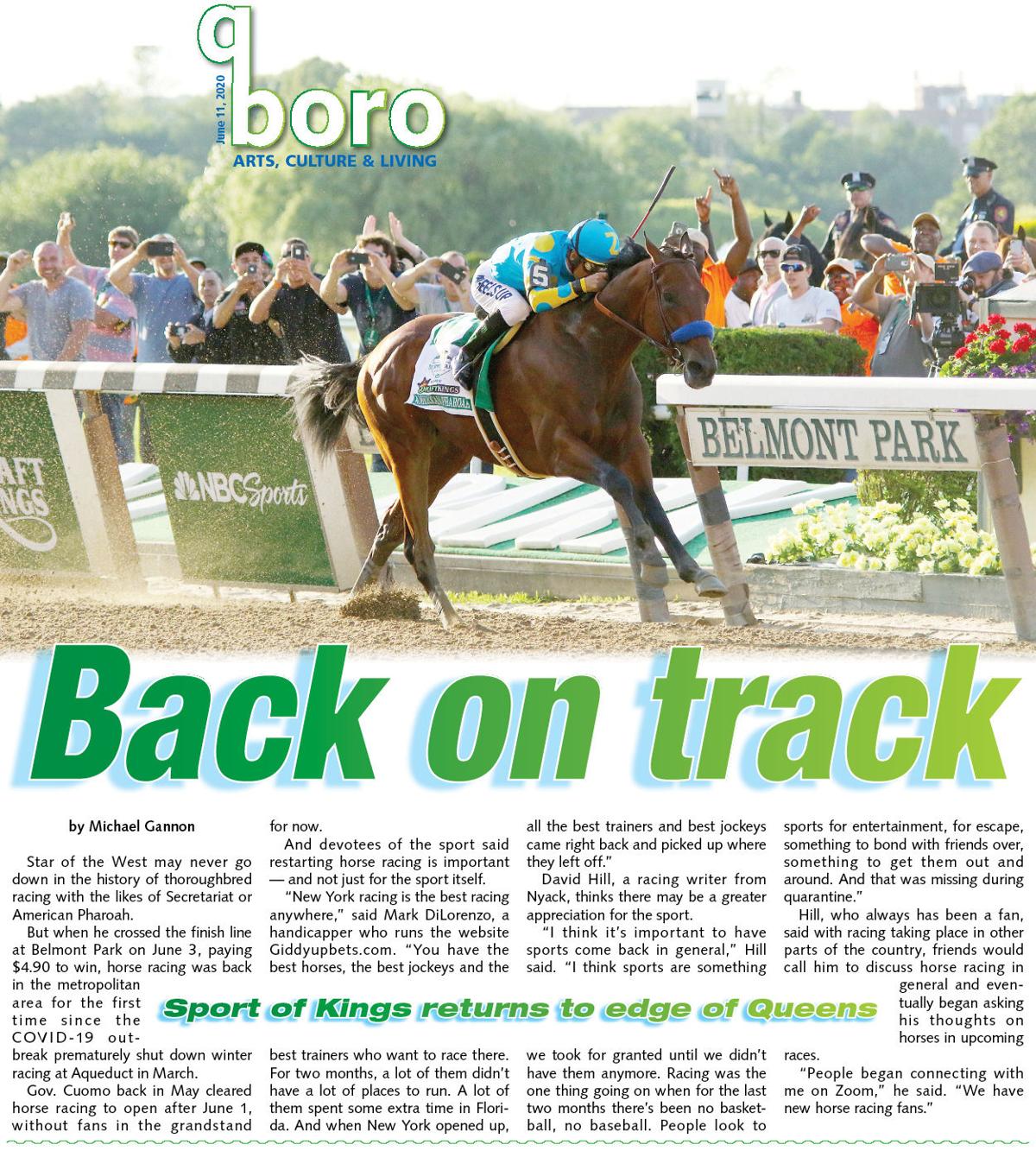 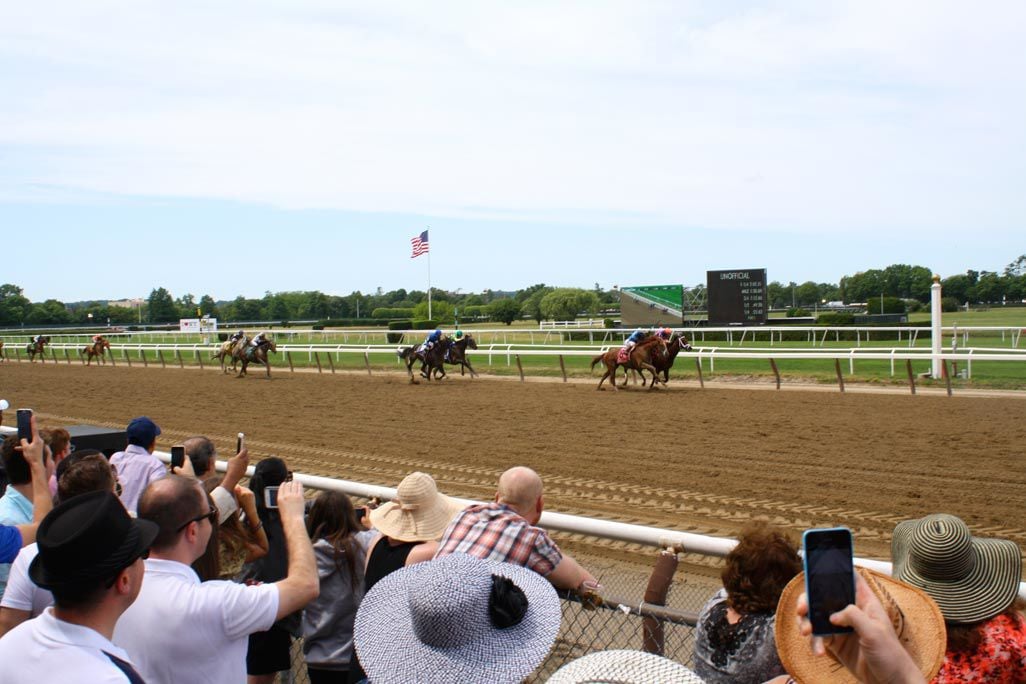 Belmont Park isn’t seating fans yet, but horse racing is back in New York.

Belmont Park isn’t seating fans yet, but horse racing is back in New York.

Star of the West may never go down in the history of thoroughbred racing with the likes of Secretariat or American Pharoah.

But when he crossed the finish line at Belmont Park on June 3, paying $4.90 to win, horse racing was back in the metropolitan area for the first time since the COVID-19 outbreak prematurely shut down winter racing at Aqueduct in March.

Gov. Cuomo back in May cleared horse racing to open after June 1, without fans in the grandstand for now.

And devotees of the sport said restarting horse racing is important — and not just for the sport itself.

“New York racing is the best racing anywhere,” said Mark DiLorenzo, a handicapper who runs the website Giddyupbets.com. “You have the best horses, the best jockeys and the best trainers who want to race there. For two months, a lot of them didn’t have a lot of places to run. A lot of them spent some extra time in Florida. And when New York opened up, all the best trainers and best jockeys came right back and picked up where they left off.”

David Hill, a racing writer from Nyack, thinks there may be a greater appreciation for the sport.

“I think it’s important to have sports come back in general,” Hill said. “I think sports are something we took for granted until we didn’t have them anymore. Racing was the one thing going on when for the last two months there’s been no basketball, no baseball. People look to sports for entertainment, for escape, something to bond with friends over, something to get them out and around. And that was missing during quarantine.”

Hill, who always has been a fan, said with racing taking place in other parts of the country, friends would call him to discuss horse racing in general and eventually began asking his thoughts on horses in upcoming races.

“People began connecting with me on Zoom,” he said. “We have new horse racing fans.”

DiLorenzo also said his love for the sport developed early, with his family often owning small shares of thoroughbreds.

He spent many years working in finance, but would still write about racing and get emails asking for his advice on picking horses. He eventually started a newsletter.

State Sen. Joe Addabbo Jr. (D-Howard Beach) also was thrilled with Belmont reopening, and not just in his role as chairman of the Committee on Racing, Gaming and Wagering.

“I grew up in the shadow of Aqueduct,” Addabbo said. “I’m a horse racing fan.”

He said people are clamoring for some sense of normalcy, and that horse racing in the New York area is a part of that.

“It’s also an important industry in the state,” he said, including breeders, harness racing in Yonkers, off-track betting parlors, racinos and related businesses.

Hill and DiLorenzo said while the state is keeping the fans out for now as a precaution, the industry in New York has and will go to great lengths to protect the personnel who show up and keep the track running.

The Belmont Stakes, normally the third leg in the Triple Crown after the Kentucky Derby and the Preakness in Maryland, was originally scheduled for June 6.

It now will be on June 20 and serve as the first leg, with the Derby rescheduled for Sept. 5 and the Preakness on Oct. 5.

“I think that’s going to be great for Belmont,” DiLorenzo said. “You always have good turnout for the Belmont Stakes, but more if there’s a chance for the Triple Crown. This year it’s the first leg. All eyes will be on Belmont. This year is going down in horse racing history.”