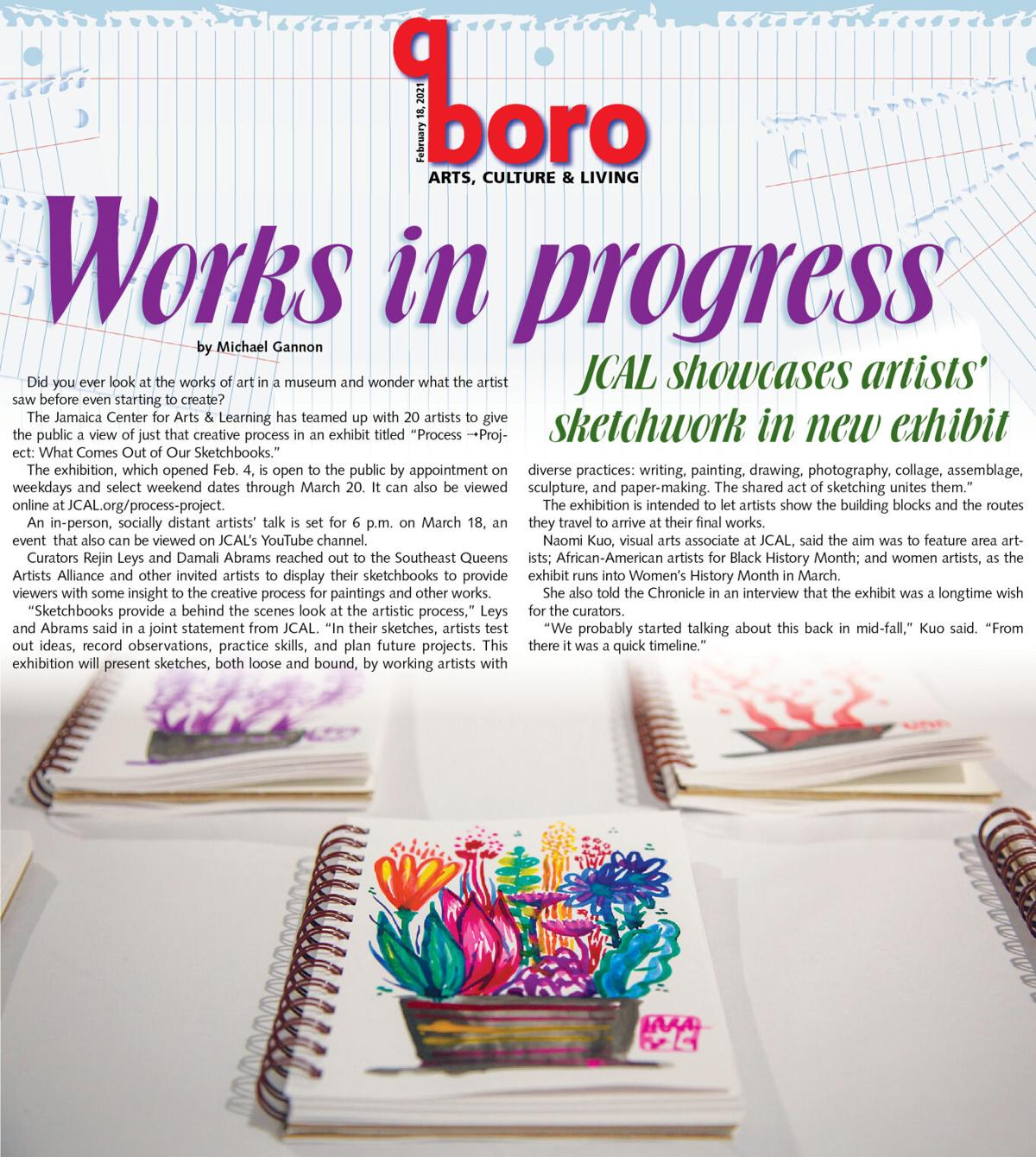 Laura Alvarez’s “#GreenThumbProject” lends some color to the display of sketchbooks on display through March 20. 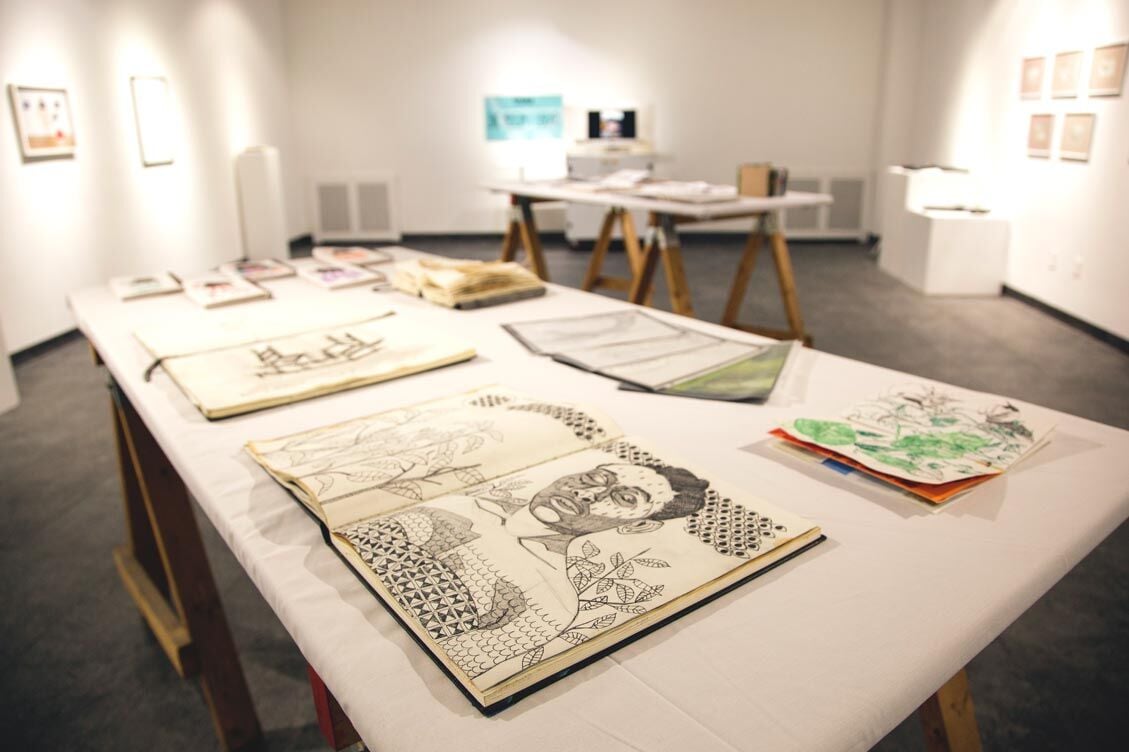 In the foreground, “Warmed Up Leaves,” by Ifeatuanya (Ify) Chiejina, is a work of pencil and ink on paper on display at the Jamaica Center for Arts and Learning.

Laura Alvarez’s “#GreenThumbProject” lends some color to the display of sketchbooks on display through March 20.

In the foreground, “Warmed Up Leaves,” by Ifeatuanya (Ify) Chiejina, is a work of pencil and ink on paper on display at the Jamaica Center for Arts and Learning.

Did you ever look at the works of art in a museum and wonder what the artist saw before even starting to create?

The Jamaica Center for Arts & Learning has teamed up with 20 artists to give the public a view of just that creative process in an exhibit titled “Process 4 Project: What Comes Out of Our Sketchbooks.”

The exhibition, which opened Feb. 4, is open to the public by appointment on weekdays and select weekend dates through March 20. It can also be viewed online at JCAL.org/process-project.

An in-person, socially distant artists’ talk is set for 6 p.m. on March 18, an event that also can be viewed on JCAL’s YouTube channel.

Curators Rejin Leys and Damali Abrams reached out to the Southeast Queens Artists Alliance and other invited artists to display their sketchbooks to provide viewers with some insight to the creative process for paintings and other works.

“Sketchbooks provide a behind the scenes look at the artistic process,” Leys and Abrams said in a joint statement from JCAL. “In their sketches, artists test out ideas, record observations, practice skills, and plan future projects. This exhibition will present sketches, both loose and bound, by working artists with diverse practices: writing, painting, drawing, photography, collage, assemblage, sculpture, and paper-making. The shared act of sketching unites them.”

The exhibition is intended to let artists show the building blocks and the routes they travel to arrive at their final works.

She also told the Chronicle in an interview that the exhibit was a longtime wish for the curators.

“We probably started talking about this back in mid-fall,” Kuo said. “From there it was a quick timeline.”

She said with exhibits planned for virtual display, the process tends to speed up quickly as there can be fewer preparations to make, such as designing and procuring printed material.

Some of the displays, such as collages, are mounted on the walls, but most are laid out on tables — bound sketchpads, spiral notebooks, scrapbooks and single pages from all three. Some are set on pedestals.

“It’s different when you are displaying items horizontally, as opposed to hanging them on a wall,” Kuo said.

The books contain pencil, pen and ink and collage clippings. Some are heavily annotated with margin notes in the artists’ handwriting.

“#GreenThumbProject” is an array of five spiral-bound notebooks with colorful floral displays drawn in ink in 2020 by Bronx artist Laura Alvarez. The sketches are being offered for sale at $50 apiece.

One of the items that is not for sale is “Warmed Up Leaves,” a work in pencil and ink depicting a person surrounded by greenery drawn across two pages of a bound sketchbook by Ifeatuanya (Ify) Chiejina.

The tables for the display could be said to be minimalist, simplicity itself to create, using table surfaces placed atop old saw horses from the center’s inventory.

Kuo said that through a bit of serendipity, the saw horses could be seen as practical and artistic.

“A little of both,” she said. “They’re old saw horses, and the curators decided, ‘They’ll do!’ And saw horses are used in the process of creating things.”

In-person viewings of the exhibit can be made by contacting JCAL Marketing Manager Tyrel Hunt either by phone at (347) 515-3652; or by email at tyrelh@jcal.org.

Further information on this and future exhibits can be found online at jcal.org/visit-the-gallery. The center is located at 161-04 Jamaica Ave.