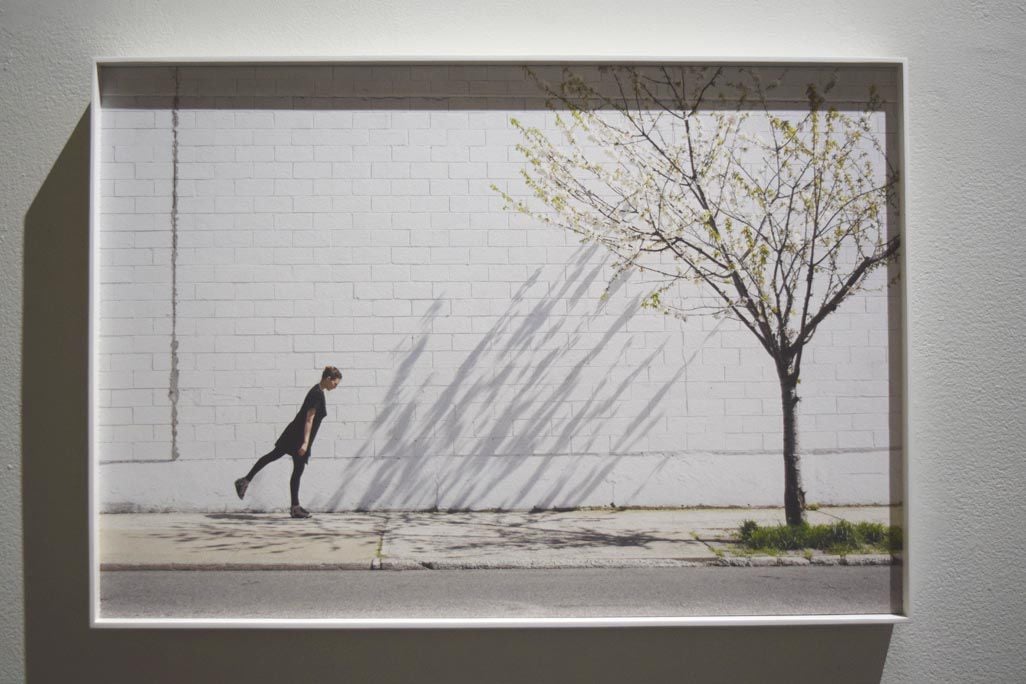 A photo in the “Gowanus Dance” series by Marilia Destot. 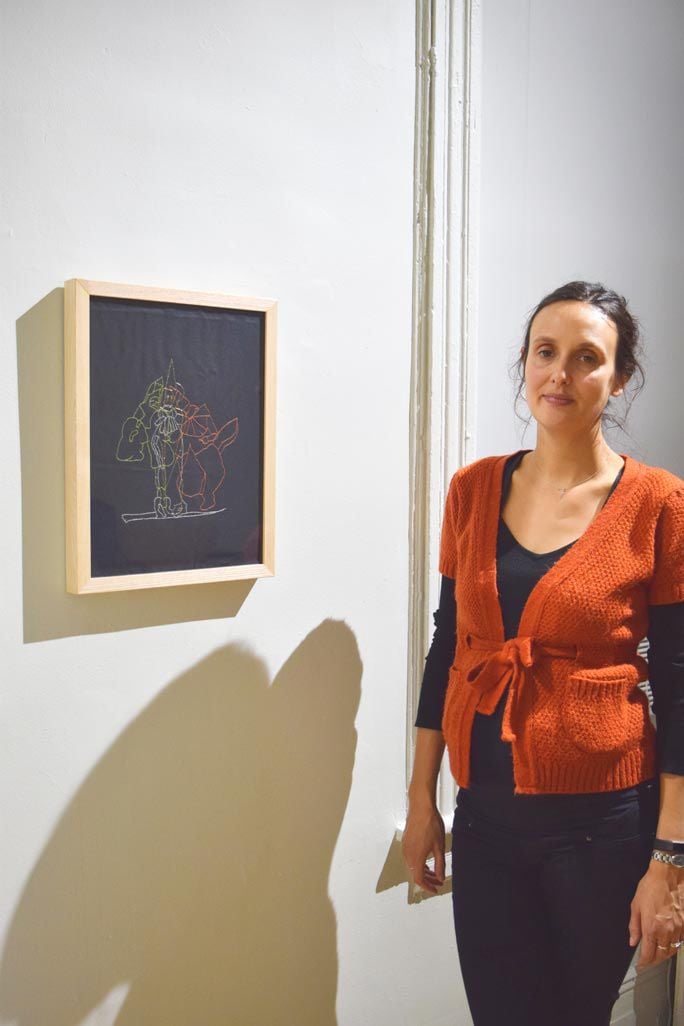 Artist and co-curator Fanny AlliÈ with her work “Four Clowns.”

A photo in the “Gowanus Dance” series by Marilia Destot.

Artist and co-curator Fanny AlliÈ with her work “Four Clowns.”

One in black robes holds fast to a rosary. Another gazes down toward an American flag barely held in the tips of the fingers — as if ready to drop it. They walk, stumble, stand and sit, but always their faces are obscured. There are traces of personalities among them, but the viewers are able to read themselves into the work.

These figures are part of a collage created by Fanny Allié, who in addition to contributing work has co-curated an exhibition at RadiatorArts in Long Island City called “Neither Here Nor There.” The exhibit, conceived by her co-curator, Nicolas Touron, brings together eight artists of French extraction now living in America. Central to the show’s theme is a special and shared sense of figurative isolation among these ex-pats. Part of this idea is alienation, not along any specific cultural lines or explicitly experienced, but nonetheless felt on some metaphysical level — a sense of belonging, or not.

The venue “is a curatorial platform,” said Tamas Veszi, founder of RadiatorArts (a name which comes from “Radical Mediator for the Arts), “… and we really like for artist-curated shows to work.” The space functions as an outlet for emerging curators or artist-curators to form their own shows. This is Allié’s third time curating, and she described the process of putting the show together with Touron as very organic. “[Touron] brought some artists, I brought some artists … as we went on, things became more defined,” said Allié.

The artists translated the central concept into a variety of media including paintings, photographs, sculpture, collage and even miniaturized video work for this show. The commonality between them all is a figure that is just slightly out of place.

In Allié’s own work for this exhibition, she has created a version of her “Creatures” series of collages. In these, her figures, with faces obscured, effect evocative poses. On the whole, they fit the texture of an urban environment, so while none of them individually interacts with another, they create a rhythm as a whole. Her process for creating the figures has its own rhythm as well: Fabrics and textiles spread out before her, she will mix and match, pose, trace and re-pose the figures, all the while considering how the canvas as a whole will interact with the other artists’ pieces in the gallery.

In Marilia Destot’s “Gowanus Dance” photograph series, a woman is frozen mid-stride repeatedly. Her poses are disjointed but dancer-like, and the composition of the images distorts the viewer’s perception of the location in which an image is shot — the same sidewalk space appears to elongate with each image. The framing of the photos in the gallery cleverly reflects this disjointedness, using the venue’s layout to its advantage by mounting the photos on different planes.

Jeanne Verdoux’s monotypes also make use of motion in still images. There’s a sense of playfulness or perhaps impending danger. They are an endeavor steeped in fragmentation, ambiguity and dual states. In one image, a silhouette might be falling, but at the same time another may be lifting her up. In several of them, limbs float away and appear to become detached from their primary body.

In some of the work, the figure is suggested, but absent. Anne Mourier’s sculptures use miniature models of recognizable domestic objects. In one, a six-inch-long bed is cut in half and a long trail of pots (29 in all) fills the long, narrow display case. The last pot, left open, implies some mystery, but also action: Who opened the pot, and why this one?

The exhibition will host a live performance on Sunday, Dec. 11 starting at 5 p.m. “Embody” by Shani Ha “blurs the boundaries between sculpture, bodies and representation,” Radiator Arts says. Audience members, performers and dancers interact with the piece in this series. For Sunday’s event, Ha has invited performance artist Amélie Gaudier-Brody.

The other artists featured in the exhibit are Jeanne Verdoux, Shani Ha, Nicolas Touron, Simon Courchel and Julien Gardair.