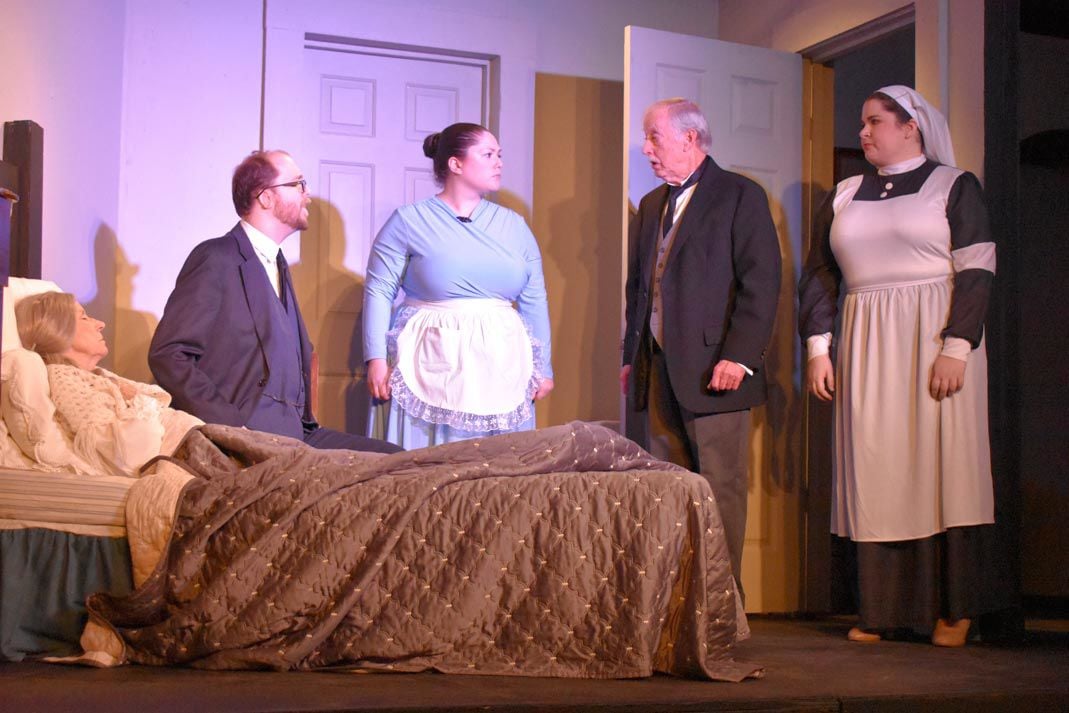 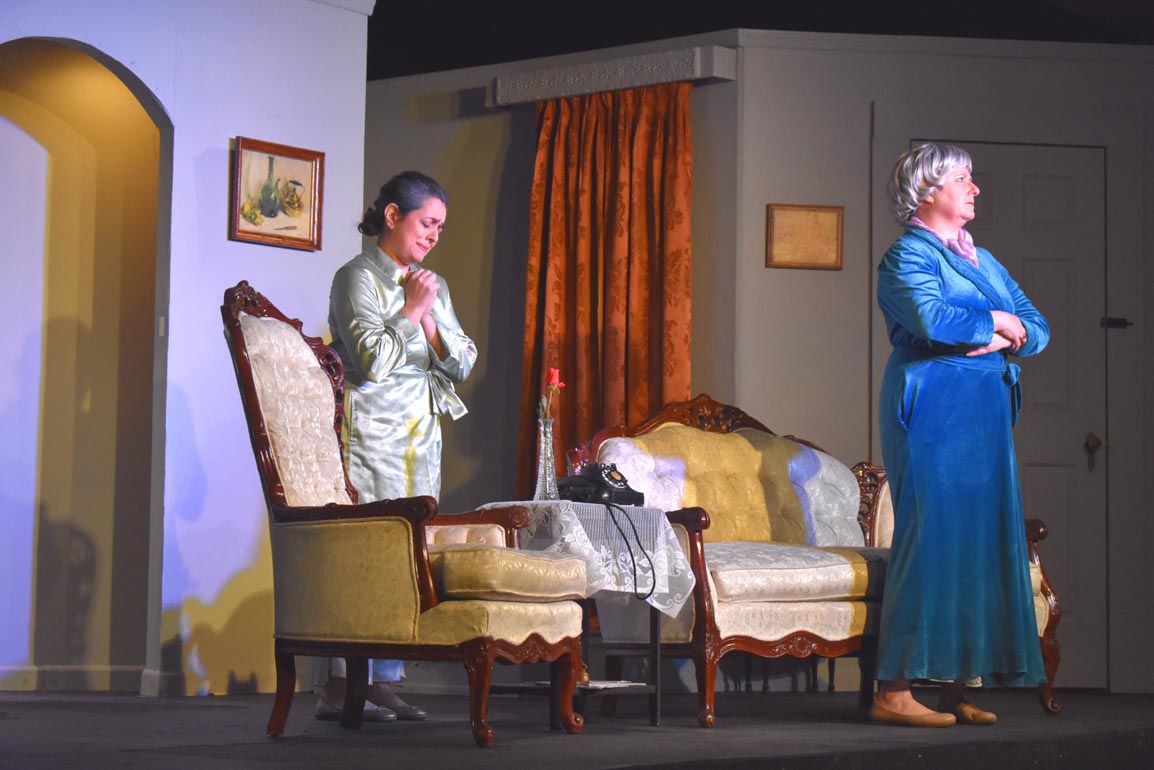 Farah Diaz-Tello, left, and Elizabeth Zimmermann in the Parkside Players’ “Something Unspoken.”

Farah Diaz-Tello, left, and Elizabeth Zimmermann in the Parkside Players’ “Something Unspoken.”

One of the dilemmas facing community theater groups is which plays to produce. Many stick with the tried and true, presenting titles that are most likely to draw the crowds that provide the bread and butter needed to stay afloat.

Parkside Players, a mainstay on the local scene since 1981, is among the more daring troupes, often opting to produce shows not generally in wide circulation, affording theatergoers a rare opportunity to see them.

Such is the case with their latest offering, a double feature consisting of Tennessee Williams’ little-known two-hander “Something Unspoken” and an adaptation of the screen classic “The Spiral Staircase.”

As it turns out, the latter, which follows intermission, proves a much more involving enterprise.

The Williams piece focuses on the relationship between Cornelia Scott, a wealthy Southern spinster, and her devoted secretary of 15 years, Grace Lancaster.

The full extent of that relationship is alluded to throughout but it ultimately remains, as suggested by the title, unspeakable. In fact, it borders on the unthinkable.

The play, written in 1958, was undoubtedly shocking in its day, but by today’s standards it is little more than a curiosity (fueled by the pedigree of its author), a character study of two women who may be reaching a turning point in their shared lives.

The ladies are contrasts in many ways. Cornelia is outwardly forceful but suffers tremendously from inner insecurities. She longs to confront the issue that has remained off limits for so many years. Grace, some 20 years younger, must deal with frequent attacks of anxiety. She still prefers to not address the shadowed aspects of the relationship.

Despite the valiant efforts by Elizabeth Zimmermann as Cornelia and Farah Diaz-Tello as Grace, we really never come to care about either character, resulting in a disappointing start to the evening.

We do, however, take great interest in what happens to the individuals who are brought together in the far more rewarding second half of the program, set in a mansion on the outskirts of a small American city in the early 1900s.

As the action begins, a series of unsolved murders has taken place, causing a panic among the city’s residents. Adapted for the stage by F. Andrew Leslie from the screenplay by Mel Dinielli, “The Spiral Staircase” introduces in rapid succession half a dozen or so characters, any of whom might be the one responsible.

Among them is Helen, a young woman who faced a trauma years earlier that has left her with an unusual disability. She is played with revealing facial expressions by Amy Rubinson. Much of her interplay is with the mysterious Mrs. Warren, a seemingly dotty old invalid played by a steely Rosemary Innes. And then there’s Mrs. Warren’s stepson, Professor Warren, given a sense of scholarly superiority by W. Gordon Innes.

Among the other actors making strong impressions are Lori Ann Santopetro, as the amusingly drunken housekeeper, Roger McIlvaine, credible as the local constable, and Will Frenzel as a kind-hearted doctor.

Thanks to the taut direction of Eugene Sullivan (who handled both plays), the action draws us in from the outset, and tension builds to a thrilling conclusion. Toasts to a long life, a concealed gun and knowing glances contribute to the mysterious ambiance.

The same set (designed by Jeff Arnold, who passed away days before opening and to whom the production is dedicated) is put to good use in both plays. Effective use of lighting and sound heightens the suspense, particularly during the requisite storms just beyond the front door.