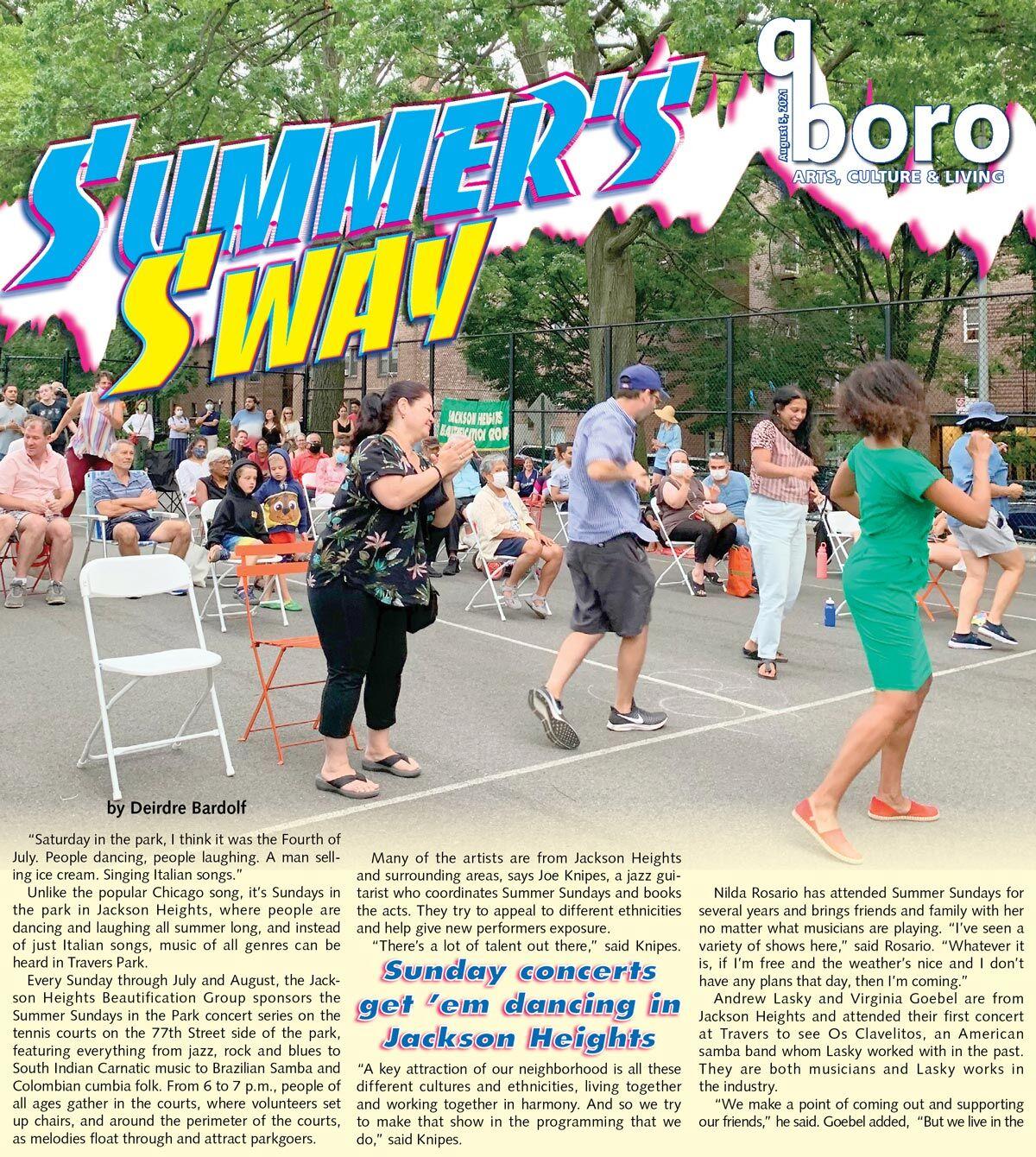 Atlanta Amado of Os Clavelitos, in green, leads the audience in dancing as her band performs. 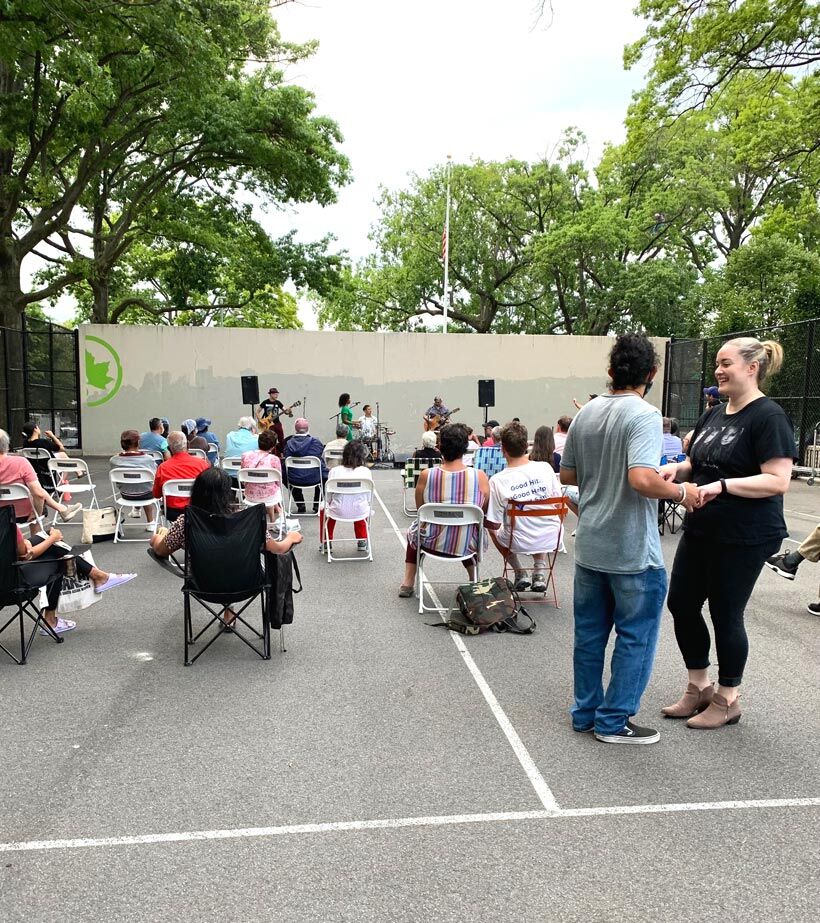 Andrew Lasky and Virginia Goebel dance along to samba group Os Clavelitos who played at Summer Sundays in the Park at Travers Park on Sunday, Aug. 1. Among those set to play an upcoming show are Sonica, right, with Julia Adamy, near right, Nicole Zuraitis and Thana Alexa. 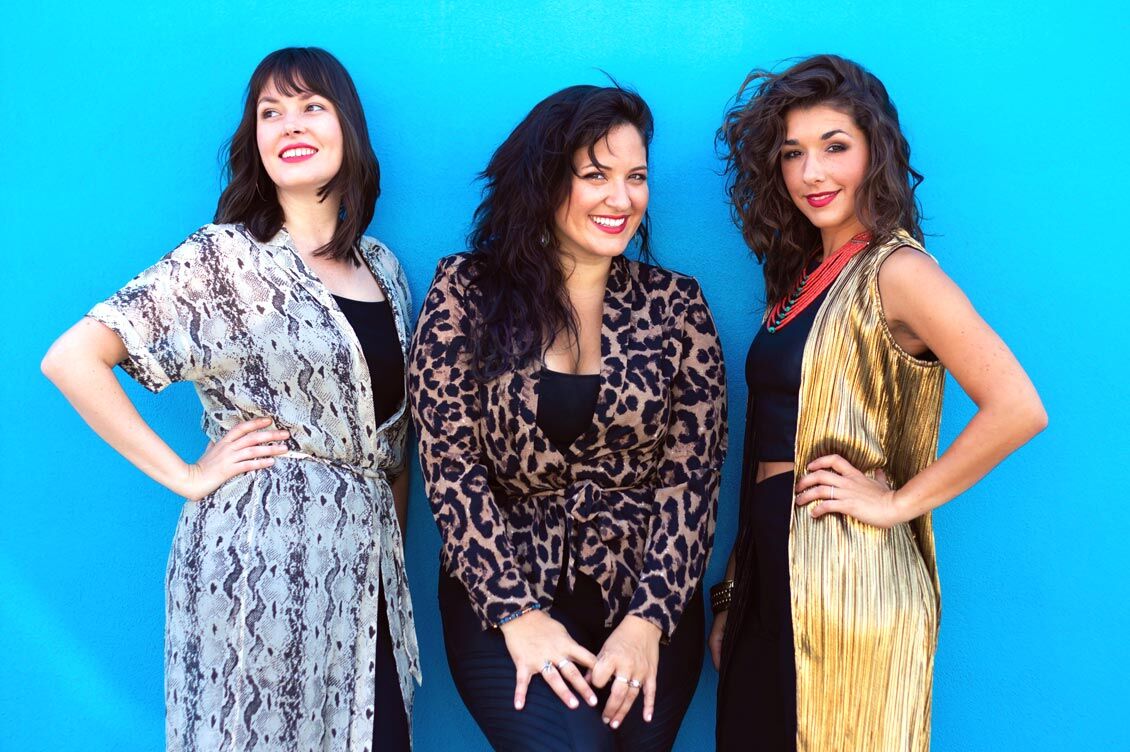 Among those set to play an upcoming show are Sonica, right, with Julia Adamy, near right, Nicole Zuraitis and Thana Alexa.

Atlanta Amado of Os Clavelitos, in green, leads the audience in dancing as her band performs.

Andrew Lasky and Virginia Goebel dance along to samba group Os Clavelitos who played at Summer Sundays in the Park at Travers Park on Sunday, Aug. 1. Among those set to play an upcoming show are Sonica, right, with Julia Adamy, near right, Nicole Zuraitis and Thana Alexa.

Among those set to play an upcoming show are Sonica, right, with Julia Adamy, near right, Nicole Zuraitis and Thana Alexa.

“Saturday in the park, I think it was the Fourth of July. People dancing, people laughing. A man selling ice cream. Singing Italian songs.”

Unlike the popular Chicago song, it’s Sundays in the park in Jackson Heights, where people are dancing and laughing all summer long, and instead of just Italian songs, music of all genres can be heard in Travers Park.

Every Sunday through July and August, the Jackson Heights Beautification Group sponsors the Summer Sundays in the Park concert series on the tennis courts on the 77th Street side of the park, featuring everything from jazz, rock and blues to South Indian Carnatic music to Brazilian Samba and Colombian cumbia folk. From 6 to 7 p.m., people of all ages gather in the courts, where volunteers set up chairs, and around the perimeter of the courts, as melodies float through and attract parkgoers.

Many of the artists are from Jackson Heights and surrounding areas, says Joe Knipes, a jazz guitarist who coordinates Summer Sundays and books the acts. They try to appeal to different ethnicities and help give new performers exposure.

“There’s a lot of talent out there,” said Knipes. “A key attraction of our neighborhood is all these different cultures and ethnicities, living together and working together in harmony. And so we try to make that show in the programming that we do,” said Knipes.

Nilda Rosario has attended Summer Sundays for several years and brings friends and family with her no matter what musicians are playing. “I’ve seen a variety of shows here,” said Rosario. “Whatever it is, if I’m free and the weather’s nice and I don’t have any plans that day, then I’m coming.”

Andrew Lasky and Virginia Goebel are from Jackson Heights and attended their first concert at Travers to see Os Clavelitos, an American samba band whom Lasky worked with in the past. They are both musicians and Lasky works in the industry.

“We make a point of coming out and supporting our friends,” he said. Goebel added, “But we live in the neighborhood so now we know this is a thing.”

They walked to the park that night and danced much of the set away.

“We’re going to have to keep an eye out because [Joe Knipes] mentioned a lot of other cool bands that are going to play, like all different styles,” said Goebel.

This month boasts another diverse lineup, including Gaetano Valic, a guitarist and luthier, or maker and repairer of stringed instruments, who will play on Aug. 8. He was born in Jackson Heights and has toured the world, playing with Chuck Berry and Bo Diddley. On Aug. 15, the Cumbia River Band will play, featuring tuba, accordion, clarinet, percussion and vocals. The following week, Sonica will take the stage, a “genre-defying” female trio that fuses electronics, three-part harmonies, electric bass, keyboards and percussion.

Summer Sundays in the Park was founded in 2004 and is funded by the Queens Council on the Arts with public funds from the city Department of Cultural Affairs in partnership with the City Council.

The Jackson Heights Beautification Group is a volunteer civic, environmental and arts organization consisting of people who live or work in the area. Its year-round programming includes graffiti removal, tree planting, Halloween parades and holiday tree lighting, in addition to the summer concert series. More information can be found at jhbg.org/ and a lineup for Summer Sundays in the Park can be seen on the group’s Facebook page.