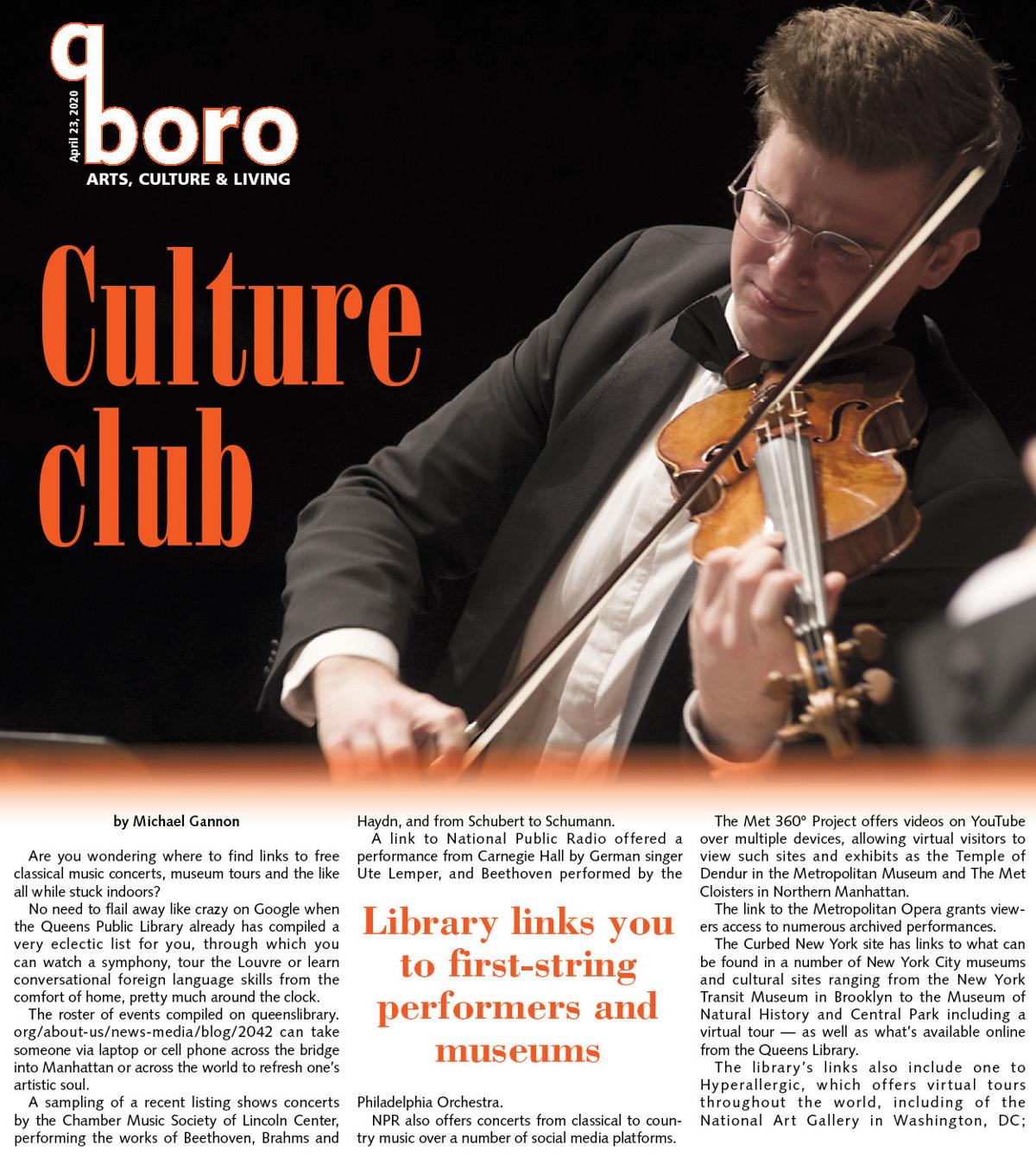 On the cover: Violinist Chad Hoopes of the Chamber Music Society of Lincoln Center. 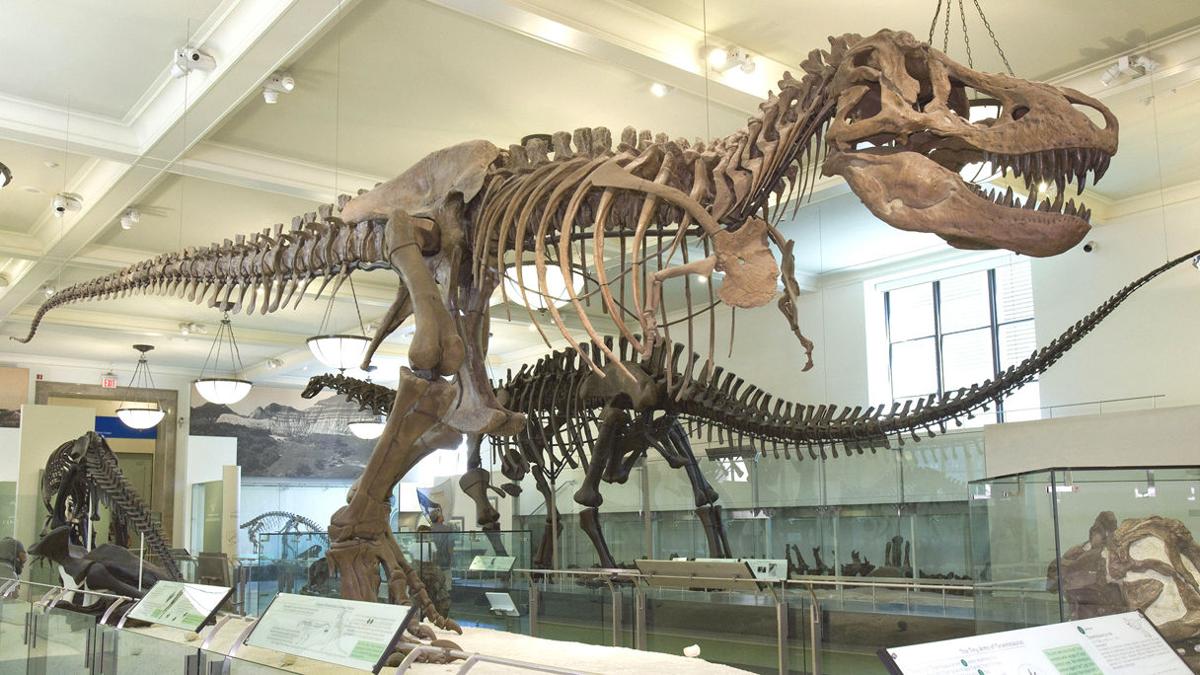 Click on its website and the Queens Library can take you to the American Museum of Natural History or across the world.

On the cover: Violinist Chad Hoopes of the Chamber Music Society of Lincoln Center.

Click on its website and the Queens Library can take you to the American Museum of Natural History or across the world.

Are you wondering where to find links to free classical music concerts, museum tours and the like all while stuck indoors?

No need to flail away like crazy on Google when the Queens Public Library already has compiled a very eclectic list for you, through which you can watch a symphony, tour the Louvre or learn conversational foreign language skills from the comfort of home, pretty much around the clock.

The roster of events compiled on queenslibrary.org/about-us/news-media/blog/2042 can take someone via laptop or cell phone across the bridge into Manhattan or across the world to refresh one’s artistic soul.

A sampling of a recent listing shows concerts by the Chamber Music Society of Lincoln Center, performing the works of Beethoven, Brahms and Haydn, and from Schubert to Schumann.

A link to National Public Radio offered a performance from Carnegie Hall by German singer Ute Lemper, and Beethoven performed by the Philadelphia Orchestra.

NPR also offers concerts from classical to country music over a number of social media platforms.

The Met 360° Project offers videos on YouTube over multiple devices, allowing virtual visitors to view such sites and exhibits as the Temple of Dendur in the Metropolitan Museum and The Met Cloisters in Northern Manhattan.

The link to the Metropolitan Opera grants viewers access to numerous archived performances.

The Curbed New York site has links to what can be found in a number of New York City museums and cultural sites ranging from the New York Transit Museum in Brooklyn to the Museum of Natural History and Central Park including a virtual tour — as well as what’s available online from the Queens Library.

The library’s links also include one to Hyperallergic, which offers virtual tours throughout the world, including of the National Art Gallery in Washington, DC; the J. Paul Getty Museum in Los Angeles; the British Museum on London; both the Louvre and the Musée d’Orsay in Paris; the Uffizi Gallery in Florence, Italy; the Rijksmuseum in Amsterdam; and others.

The link to Travel + Leisure includes those plus the National Museum of Modern and Contemporary Art in Seoul, South Korea; the Pergamon Museum in Berlin; the Van Gogh Museum in Amsterdam; and the Museo de Arte in Sao Paulo, Brazil.

A video link shows dozens of episodes of StarsInTheHouse, an online chat show with celebrities and others that serves as a fundraiser for The Actors Fund, which provides financial support, healthcare and other assistance for members of the entertainment community in need.

Not to be outdone, the page also contains links to a number of the Queens Library’s own in-house cultural and educational opportunities.

The Great Courses, a series of lectures on RBDigital, allows Queens Public Library cardholders to delve into the topics of food and wine, philosophy, music and art, language, literature and even mathematics, economics and finance.

There also are numerous links for anyone interested in studying and learning foreign languages.

Cardholders can download the Transparent Language Online app access to instruction for more than 90 languages on a computer, tablet or smartphone.

There are also links for numerous tutorials for the teaching and application of various disciplines in modern technology.