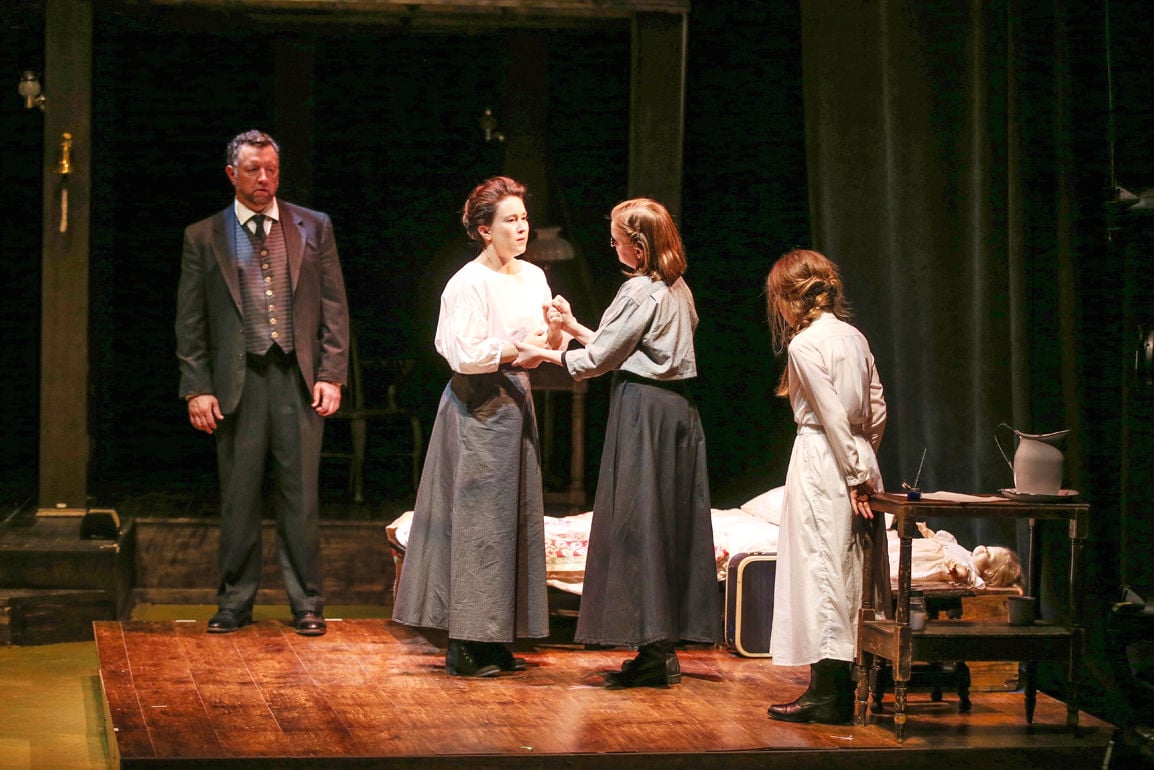 Mike Boland and Holly Ann Butler as the Kellers, Betsy Hogg as Annie Sullivan and Ayla Schwartz as Helen Keller in “The Miracle Worker.” 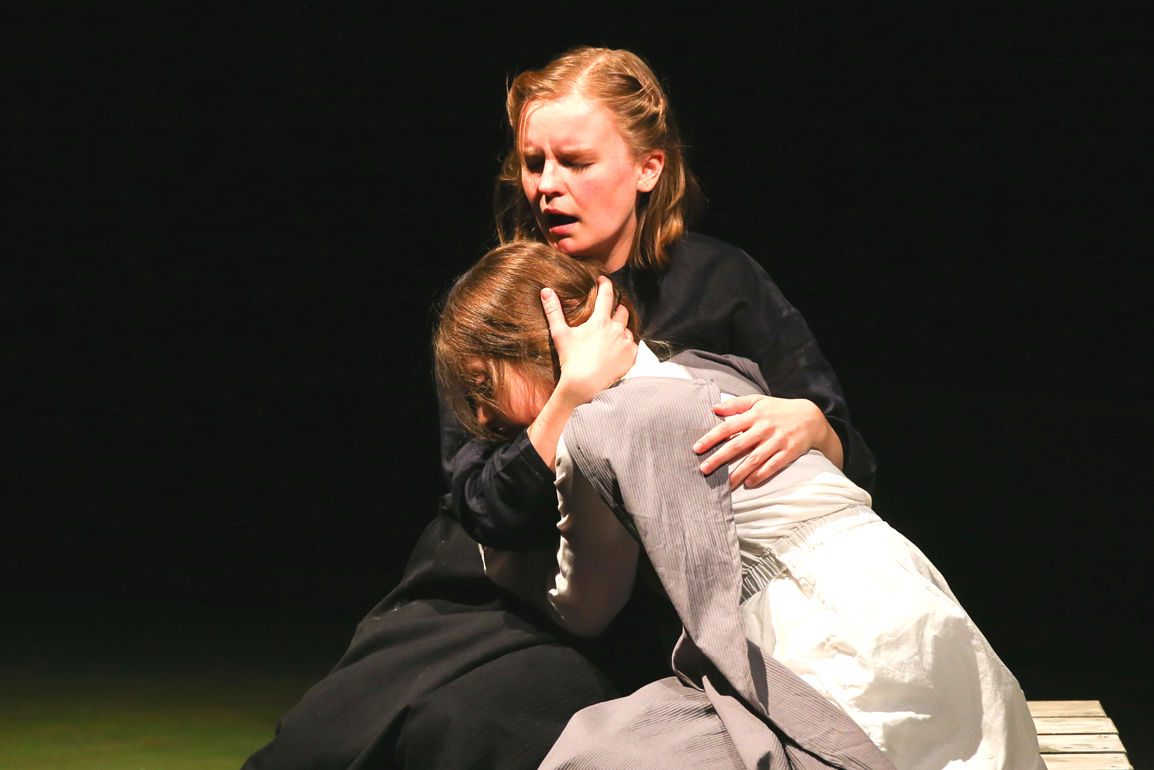 Despite incredible odds, Annie Sullivan never gave up on introducing the world to Helen Keller.

Mike Boland and Holly Ann Butler as the Kellers, Betsy Hogg as Annie Sullivan and Ayla Schwartz as Helen Keller in “The Miracle Worker.”

Despite incredible odds, Annie Sullivan never gave up on introducing the world to Helen Keller.

The story told in “The Miracle Worker,” William Gibson’s award-winning play being given a rare and sterling mounting at Queens Theatre through May 21, is, in fact, so miraculous it epitomizes the adage that fact is sometimes stranger than fiction.

Based upon the relationship between Helen Keller, who overcame multiple disabilities to emerge as a world-renowned author, political activist and lecturer, and her teacher, Annie Sullivan, who unlocked doors for her pupil when others had long since given up hope, the play is as gripping, emotional and relevant as it must have been at its first Broadway performance more than 50 years ago.

The play should prove particularly meaningful for residents of Queens, where both women resided for two decades in a house located at the site of what is now the Reform Temple of Forest Hills.

As described in the current production’s promotional material, “Helen Keller lives in a prison of silence and darkness. As Annie struggles to reach Helen, she must also confront the obstacles in Helen’s family: a domineering father, a heartbroken mother and a resentful brother.”

It is a difficult play to cast, particularly when it comes to the role of Helen, who is 7 years old, remains on stage almost constantly and speaks hardly a word. The actress playing her must convey a multitude of emotions through nothing but her physical being.

In Ayla Schwartz, who makes her professional theater debut in the demanding role, the production has struck gold. Her focus and credibility as a blind and deaf child are commendable, and she is riveting from start to final bow.

She shares many of the play’s dramatic moments with Betsy Hogg, a Broadway veteran who masks Annie’s fear of failure with an air of brash self-confidence.

Holly Ann Butler makes for an ideal Kate Keller, Helen’s mother, a woman torn between loving her daughter — perhaps too much — and doing what is best for her.

Connor Lawrence creates a sympathetic figure as Helen’s equally hard-headed brother, who has a difficult time standing up to his father.

The production, under the astute direction of Brant Russell, has been wisely adapted from three acts into two, with the many shifts in scene accomplished with tremendous fluidity, aided immeasurably by the superb lighting designer of Steve Wolf.

The ambitious two-tiered set designed by Ryan Howell is one of the finest to be seen on the theater’s stage in recent memory. Costume designer Lizzie Donelan has done a fine job with the wardrobe.

Also deserving kudos are Alicia Rodis, the fight choreographer who devised plenty of action while seemingly keeping the actors safe, and Kevin Semancik for the evocative sound design.

Helen Keller, who died in 1968 at the age of 87, stands as proof that people with disabilities can accomplish much in their lives. “The Miracle Worker” similarly provides evidence that a good, solid play can stand up a half century after it was created.