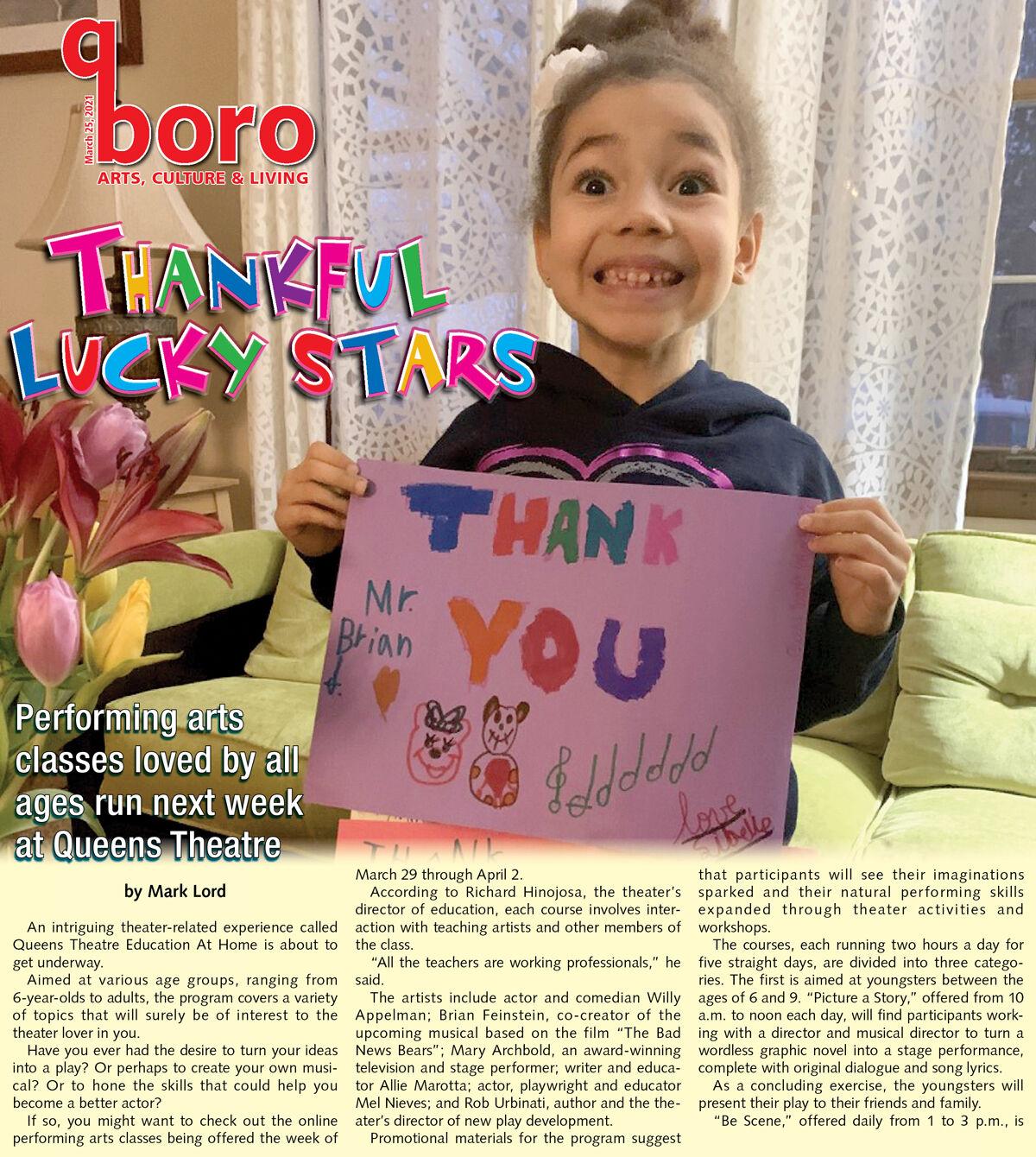 Student Sibelle wasn’t acting when she thanked her teachers Willy Appelman and Brian Feinstein for the course she took.

Youngsters — and some adults — enjoy a Queens Theatre performing arts class online. On the cover: Student Sibelle wasn’t acting when she thanked her teachers Willy Appelman and Brian Feinstein for the course she took. 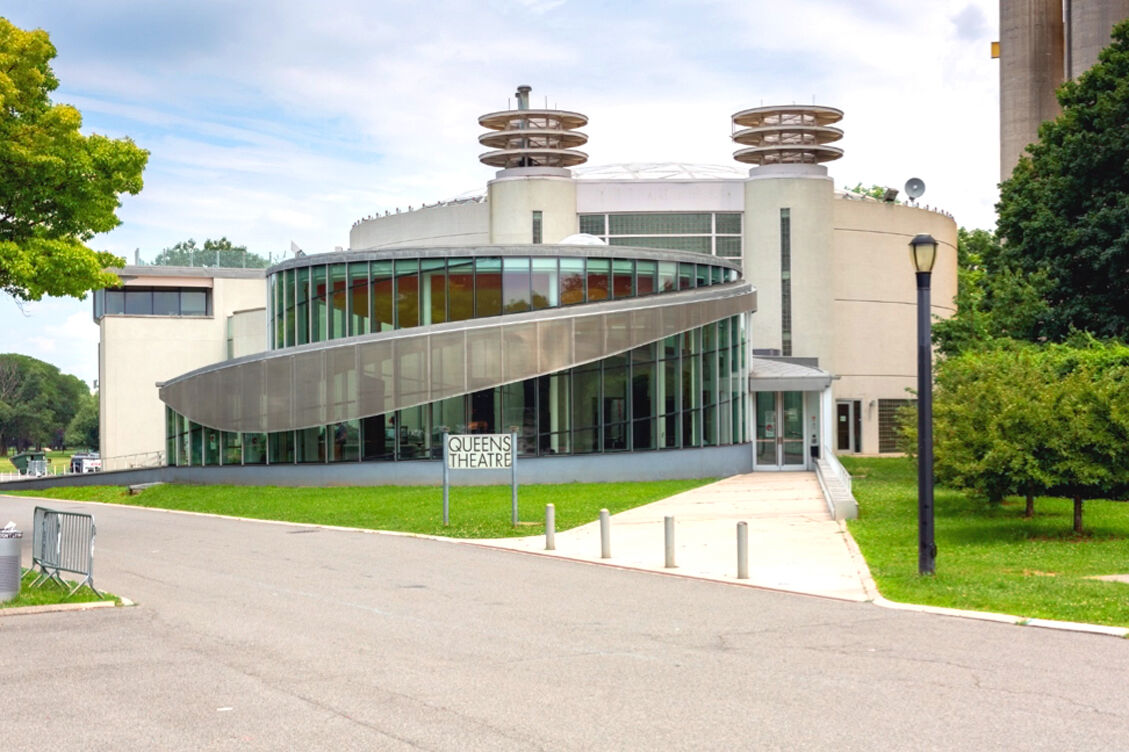 Student Sibelle wasn’t acting when she thanked her teachers Willy Appelman and Brian Feinstein for the course she took.

Youngsters — and some adults — enjoy a Queens Theatre performing arts class online. On the cover: Student Sibelle wasn’t acting when she thanked her teachers Willy Appelman and Brian Feinstein for the course she took.

An intriguing theater-related experience called Queens Theatre Education At Home is about to get underway.

Aimed at various age groups, ranging from 6-year-olds to adults, the program covers a variety of topics that will surely be of interest to the theater lover in you.

Have you ever had the desire to turn your ideas into a play? Or perhaps to create your own musical? Or to hone the skills that could help you become a better actor?

If so, you might want to check out the online performing arts classes being offered the week of March 29 through April 2.

According to Richard Hinojosa, the theater’s director of education, each course involves interaction with teaching artists and other members of the class.

“All the teachers are working professionals,” he said.

The artists include actor and comedian Willy Appelman; Brian Feinstein, co-creator of the upcoming musical based on the film “The Bad News Bears”; Mary Archbold, an award-winning television and stage performer; writer and educator Allie Marotta; actor, playwright and educator Mel Nieves; and Rob Urbinati, author and the theater’s director of new play development.

Promotional materials for the program suggest that participants will see their imaginations sparked and their natural performing skills expanded through theater activities and workshops.

The courses, each running two hours a day for five straight days, are divided into three categories. The first is aimed at youngsters between the ages of 6 and 9. “Picture a Story,” offered from 10 a.m. to noon each day, will find participants working with a director and musical director to turn a wordless graphic novel into a stage performance, complete with original dialogue and song lyrics.

As a concluding exercise, the youngsters will present their play to their friends and family.

“Be Scene,” offered daily from 1 to 3 p.m., is divided into two age categories: 10- to 12-year-olds and 13- to 17-year-olds. The course will help participants fine-tune their acting skills through intensive scene study workshops. Working with a director, they will engage in activities aimed at improving their skills and ability to work with partners. At the conclusion of the week, they will present their scenes to friends and family.

Similarly, “On the Page” is also split into two groups; the first is for participants from 14 to 19 years old and the second for those 20 and older. The classes will meet from 4 to 6 p.m. each day.

The focus of that course is on playwriting, with participants learning, through workshops that are described as “rigorous,” the practices involved in creating short plays.

Aspects of the craft to be covered include character, dialogue, structure, conflict, tone and theme.

Hinojosa noted that the theater has been hosting a summer performing arts educational camp program for youngsters for the past seven years. Since the pandemic, some of the same classes have been offered online.

“They went really well,” he said.

Hinojosa is particularly excited about an unforeseen development, pointing out that “one of the benefits of quarantine is the involvement of participants from out of state. It’s been an interesting experience,” he said.

Registration for the courses is now open at queenstheatre.org. and will continue until just prior to the start of the program. Each five-day course has a fee of $150 per participant.