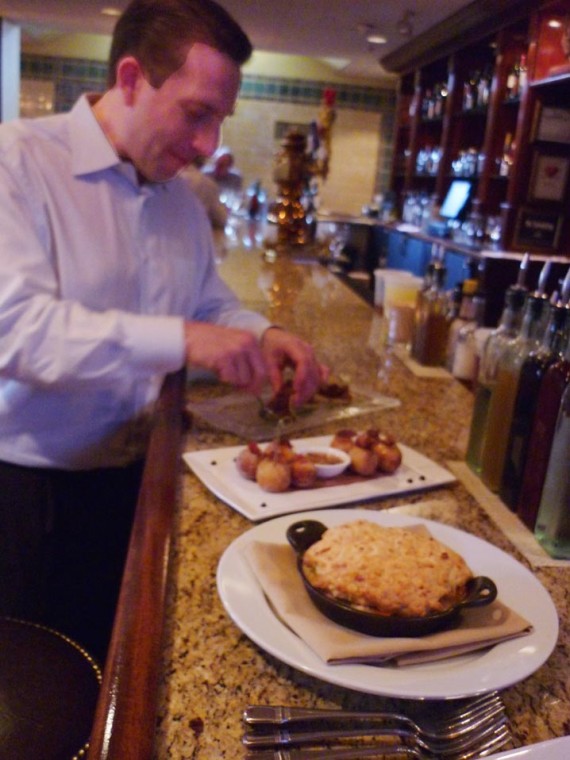 Owner Chris Vlacich tastes food at the Astor Room to decide which dishes make the cut. 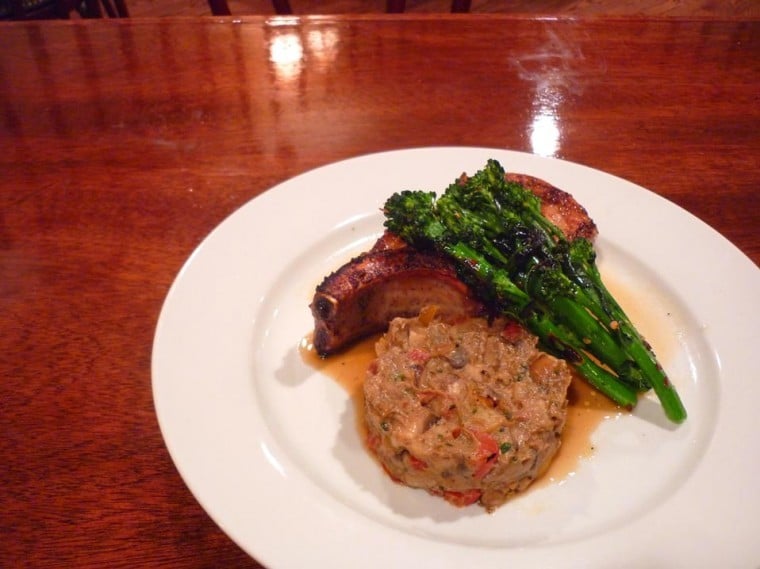 The Coca-Cola porkchop is already on the menu.
1 of 2

Owner Chris Vlacich tastes food at the Astor Room to decide which dishes make the cut.

The Coca-Cola porkchop is already on the menu.

When Hollywood was just a twinkle in directors’ eyes, Kaufman Astoria Studios, home of the Astor Room, was the place to be when it came to the movie business.

Stars from Rudolph Valentino to Gloria Swanson, from the Marx Brothers to the Gish sisters, filmed in the building. When it came time to eat, they walked down to the studio’s commissary to grab a bite.

Though much has changed since the 1920s, restaurateur Chris Vlacich is trying to bring back old-time glamour in the Astor Room, an inventive American fine-dining venue.

Decorated with photos of the famous diners who once graced its tables, the restaurant invites everyone to experience what was once the provence of film stars.

On a recent Thursday night a performer named Dred Scott played tunes on the piano and bartenders served up the establishments classic cocktails, highly recommended by the musician.

Vlacich, an Astoria native whose family owns another restaurant in the area, Piccola Venezia, said he was initially drawn to the studios for their history.

“The tiles on the wall are original,” Vlacich said, pointing out a photograph of Valentino, sitting right in front of the tiles.

Vlacich, who is still in the process of perfecting his menu, has chosen to serve dishes that appeal to everyone — from buttermilk fried chicken to pork chops and from decadant salads to oysters Rockefeller. He has tasted all the food he serves to ensure it makes the cut. Vlacich follows food the same way a stock broker follows the market — he reads about the latest trends and if he tastes something he likes or reads about something interesting, he has his chefs try their hands at it.

On Thursday, he was presented with several selections for consideration. The sugar-coated doughnut holes topped with bacon and dipped in a caramel sauce were a hit, as was the chicken pot pie with a cheddar biscuit crust.

Already on his menu is the Coca-Cola marinated porkchop, an invention he and his team came up with when they decided to be creative with the sweet sauces generally served with chops. Another favorite is the beef tartare.

Though the menu is somewhat pricey — dinner entrees start at $18 — salads and sides are reasonably priced, starting at $6. The lunch menu offers main courses starting at $13 and weekend brunch is by far the best deal, including a complimentary bloody mary or mimosa.