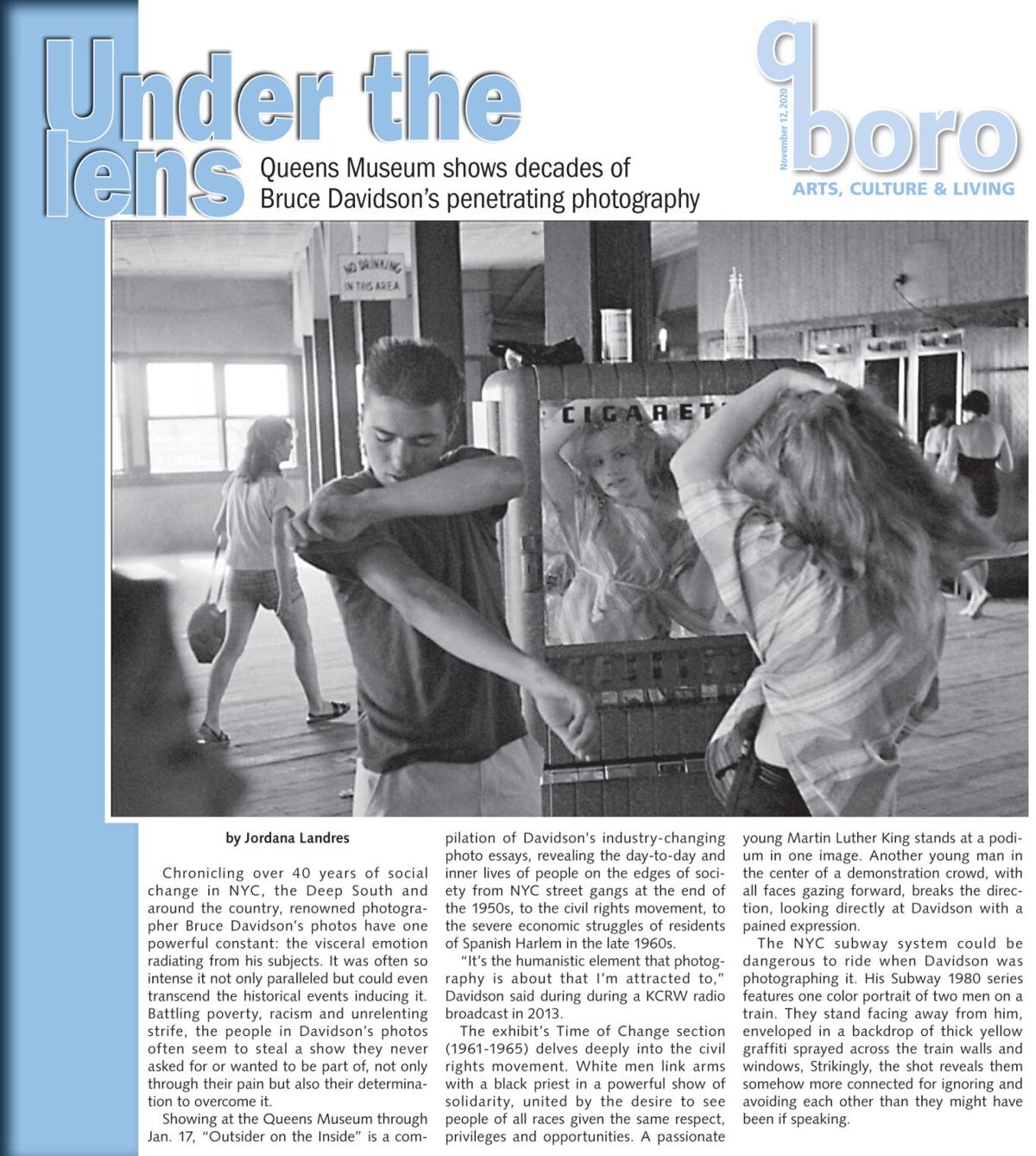 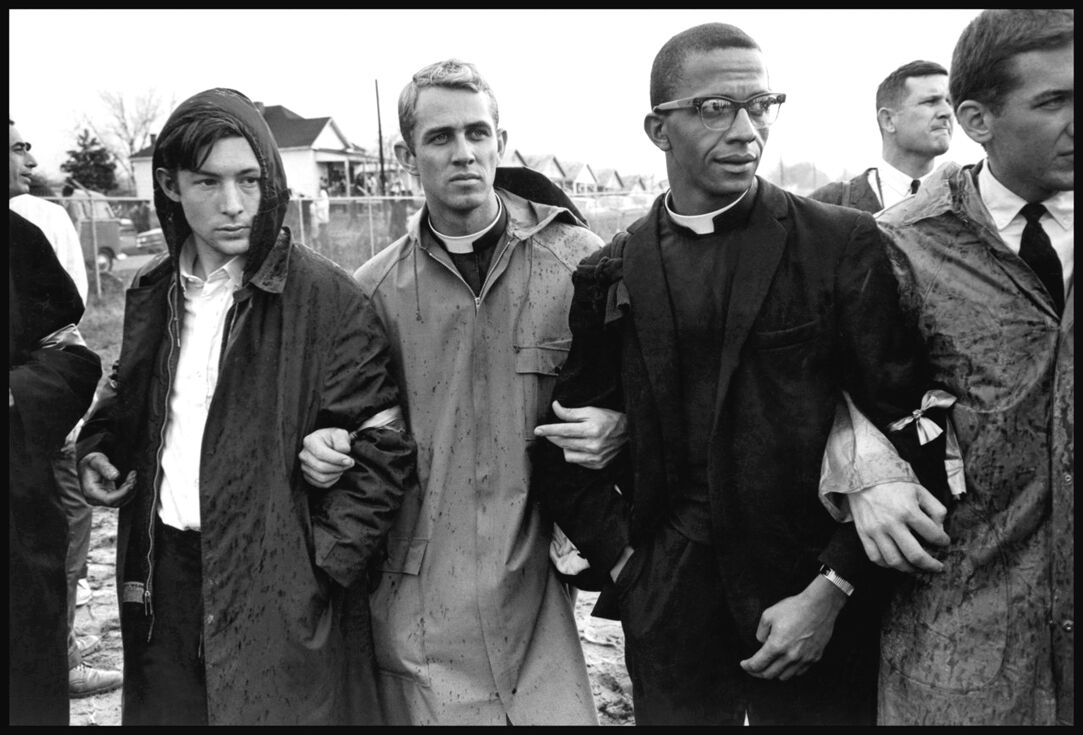 On the cover: An image from the Brooklyn Gang series shows a young girl, Cathy, fixing her hair at Coney Island, next to her boyfriend, Junior.

On the cover: An image from the Brooklyn Gang series shows a young girl, Cathy, fixing her hair at Coney Island, next to her boyfriend, Junior.

Chronicling over 40 years of social change in NYC, the Deep South and around the country, renowned photographer Bruce Davidson’s photos have one powerful constant: the visceral emotion radiating from his subjects. It was often so intense it not only paralleled but could even transcend the historical events inducing it. Battling poverty, racism and unrelenting strife, the people in Davidson’s photos often seem to steal a show they never asked for or wanted to be part of, not only through their pain but also their determination to overcome it.

Showing at the Queens Museum through Jan. 17, “Outsider on the Inside” is a compilation of Davidson’s industry-changing photo essays, revealing the day-to-day and inner lives of people on the edges of society from NYC street gangs at the end of the 1950s, to the civil rights movement, to the severe economic struggles of residents of Spanish Harlem in the late 1960s.

“It’s the humanistic element that photography is about that I’m attracted to,” Davidson said during during a KCRW radio broadcast in 2013.

The exhibit’s Time of Change section (1961-1965) delves deeply into the civil rights movement. White men link arms with a black priest in a powerful show of solidarity, united by the desire to see people of all races given the same respect, privileges and opportunities. A passionate young Martin Luther King stands at a podium in one image. Another young man in the center of a demonstration crowd, with all faces gazing forward, breaks the direction, looking directly at Davidson with a pained expression.

The NYC subway system could be dangerous to ride when Davidson was photographing it. His Subway 1980 series features one color portrait of two men on a train. They stand facing away from him, enveloped in a backdrop of thick yellow graffiti sprayed across the train walls and windows, Strikingly, the shot reveals them somehow more connected for ignoring and avoiding each other than they might have been if speaking.

Davidson’s compassion for the difficulties many of those he photographed faced and respect for them as human beings allowed him to gain the trust of his subjects even when he sometimes feared their simmering wrath at their plight might be turned in his direction. His gift for unearthing the loneliness behind a menacing exterior, the anguish behind the anger, comes to the fore in Brooklyn Gangs. Created over a few months in the city in 1959, it saw Bruce entering the world of a teenage gang called The Jokers. He accompanied them to Coney Island where they hung out and made out on the beach, and under the boardwalk with their girlfriends. Riding the subway and bus with them, he became their archivist and shadow.

Robert “Bengie” Powers, the leader of the gang and primary focus of the series, started drinking alcohol when he was 8 years old and had stabbed someone at 13.

He later said when he looked at Davidson’s photos of himself, “I see a kid who wished he was dead a million times.” Although some managed to carve out better lives for themselves, a number of The Jokers’ members didn’t make it to adulthood or died otherwise untimely deaths, one of them a girl named Cathy. Davidson photographed her at Coney Island holding up her hair while gazing into a mirror on a cigarette machine, her gang member boyfriend in the foreground. He became a detective, as did Bengie Powers. She committed suicide.

Davidson’s Central Park collection (1990s) highlights different people from different walks of life and cultures interacting and reacting to each other. An instructor leading a group of birdwatchers points upwards to caution them about a group causing trouble overhead. Other images show the refuge the park provided, a sprawling space for people to be their authentic selves whether they were young couples lying entwined in each other’s arms, a homeless man wrapped in a blanket standing on the grass, or a woman with a snake wrapped around her body, solemnly acknowledging the camera.

Davidson’s juxtaposing of private human moments against a backdrop of profound social upheaval and change creates an effect that allows a viewer to not just see history but also feel it.