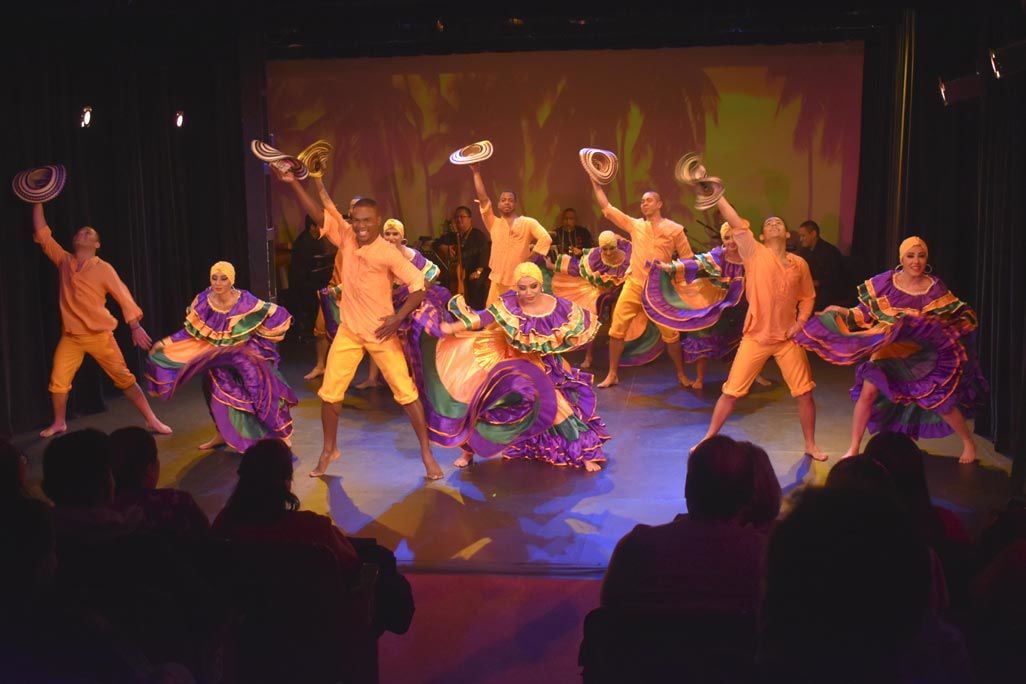 The dancers are the heart and soul of “Añoranza de Colombia,” a show that lavishes some of that nation’s cultural contributions upon the audience. 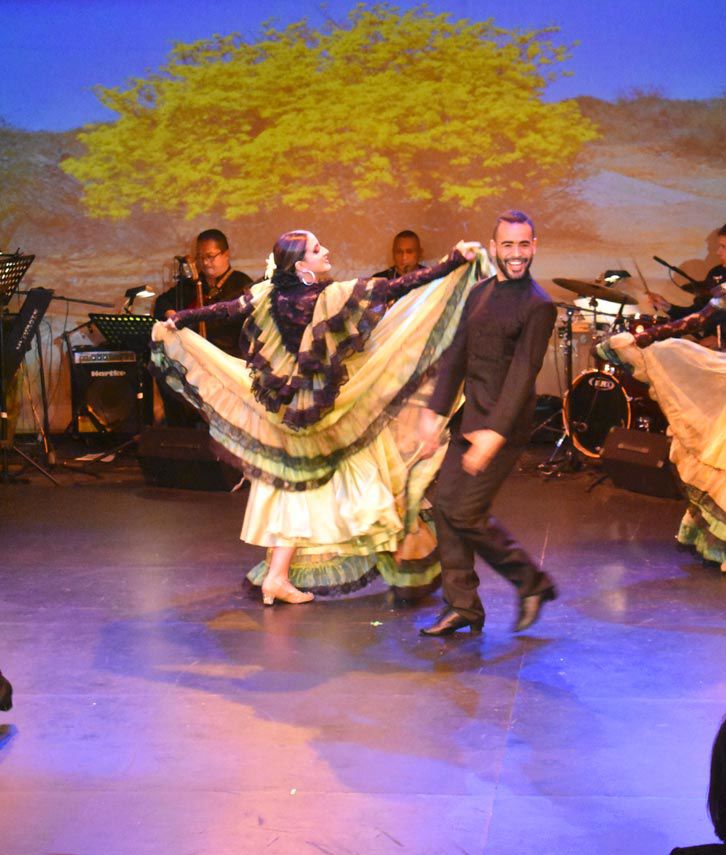 The dancers of “Añoranza de Colombia”

The dancers are the heart and soul of “Añoranza de Colombia,” a show that lavishes some of that nation’s cultural contributions upon the audience.

The dancers of “Añoranza de Colombia”

The world premiere of a new, nearly wordless musical, “Añoranza de Colombia” (“Nostalgia for Colombia”), running at Thalia Spanish Theatre in Sunnyside through Dec. 15, provides a veritable smorgasbord of the music and dances that have ties to that South American country.

The show, presented in conjunction with Mestizo Art Center and featuring a cast of about a dozen young, tireless and talented performers, is a feast for the eyes and ears.

Running slightly over 90 minutes without an intermission, the show begins with the appearance of an elderly couple, celebrating their 50th wedding anniversary. They unwrap their gifts, mostly an assortment of hats, each of which inspires a dance. It’s hokey and, after a while, repetitive, but it suits the evening’s intent: to provide a nostalgic overview of some of Colombia’s cultural contributions to the world.

There’s a slight storyline that finds the show’s participants meeting at an audition, touring Colombian theaters (as the dancers display great versatility) and, in the final scene, participating in a 1960s-style wedding, bringing the celebration to its conclusion.

The small stage and matching stadium-styled seating area make for an intimate combination. The performers are within touching distance from the spectators, who, at the end of the show, are invited onstage to take photos with the cast — a nice touch.

Helping to set the scene are rear projections, including loving tributes to both Colombia and New York. While most of the music is based in various regions of Colombia, there are a few numbers featuring tunes that would be more familiar to nonnatives, “New York, New York” and “I Can’t Help Falling in Love with You” among them.

Most of the music is played (and sung) live by a terrific five-piece combo, made up of singer and percussionist Charlie Cajares; musical director Roger Salgado, who plays keyboards and provides some vocals; Roberto Garcia; Daniel Arboleda; and Rafael Leal.

And then there are the dancers, the heart and soul of the production. A round of applause is due all of them (they are not individually identified in the printed program), for displaying a wide range of skills and personalities. In addition to Mena, they are Lorena Ayub, Sebastian Lozano, Danny Ochoa, Mario Erazo, Deiner Ivan Caraball, Carlos Beltran, Miguel Sanisaca, Pamela Sanchez, Rashel Orellana, Nathally Higuera, Genelle Cardenas and Katherine Alvarez.

The dances include bambuco, a fusion between Spanish and indigenous styles; mapale, an Afro-Colombian style that showcases agility and strength; and, of course, cumbia, the best-known and most popular of all.

Those familiar with the dances will recognize all the traditional touches associated with them. The women play with their flared skirts, joyfully waving them and forming them into a variety of flowing shapes. In one number they carry handheld candles. The men take their hats on and off with one hand, the other hidden behind their backs.

In a solo tribute to jazz to the tune of “Feeling Good,” the male dancer displays astonishing acrobatic skills. In another, fancy (and fast!) footwork and synchronization make for an amazing combination.

Deserving of special mention are the gorgeous costumes designed by Harold Puente. Colorful, varied and eye-catching, they are a highlight of the production.

As its name implies, the show provides more than a touch of nostalgia for those already steeped in Colombian culture. For everyone else, it offers a fine introduction.