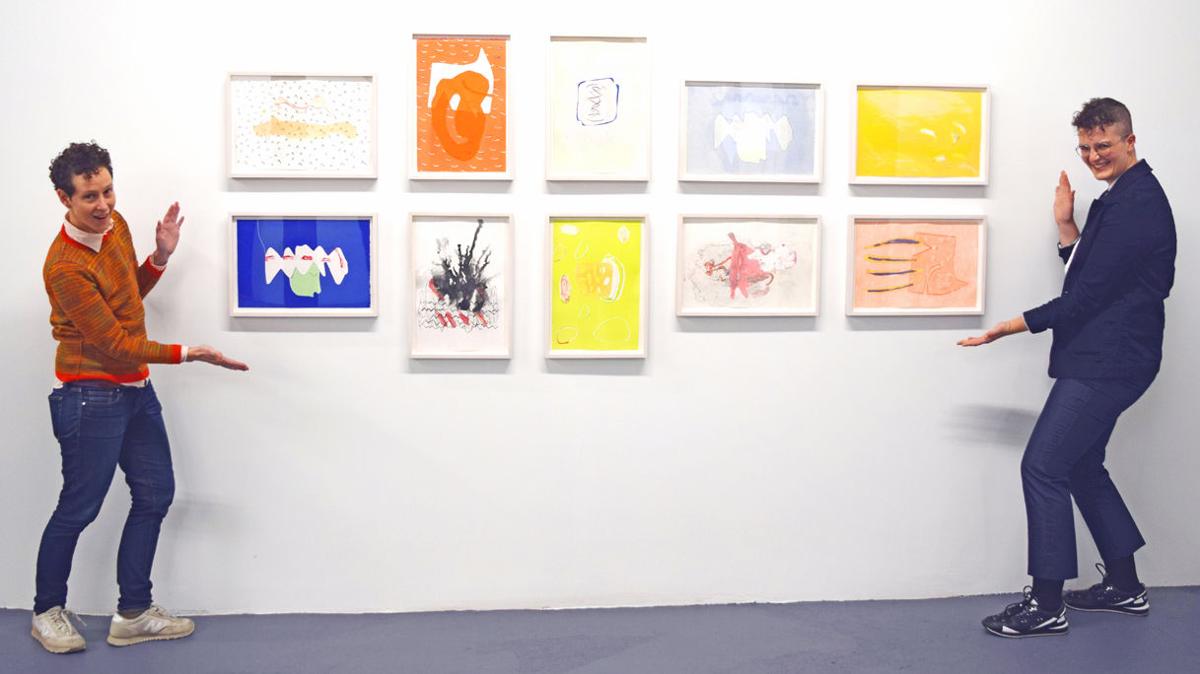 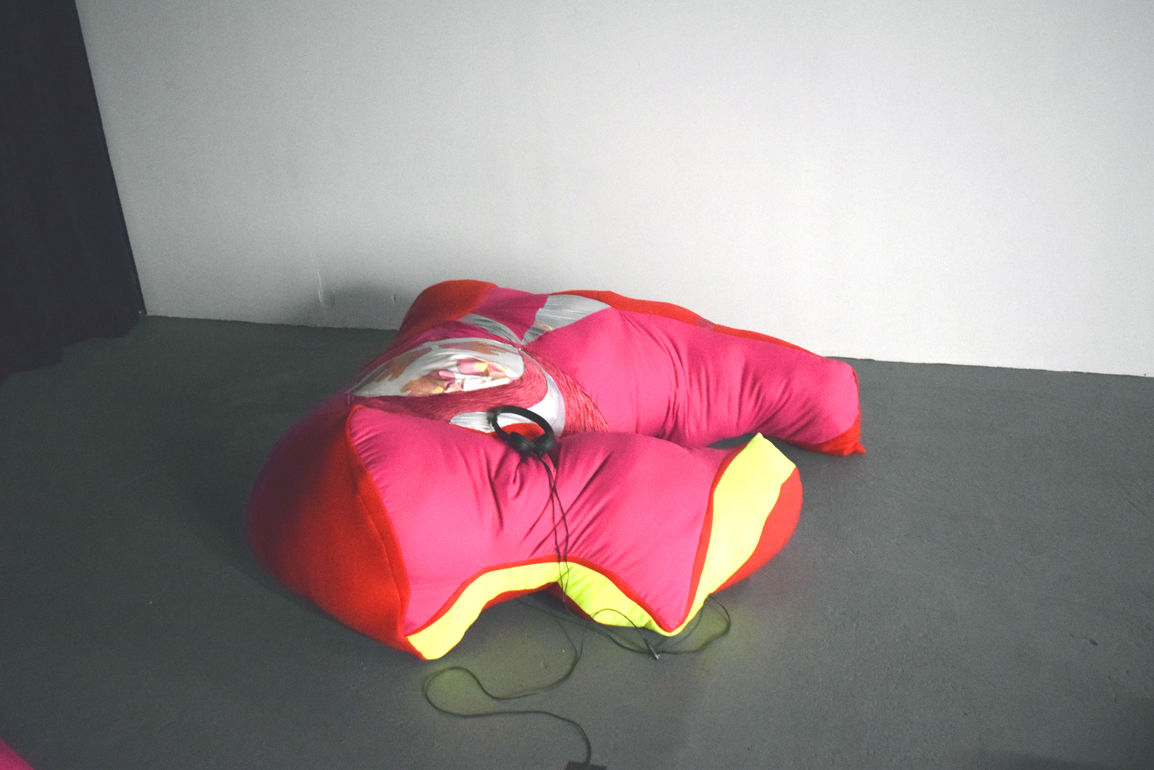 How much of our individuality is defined by our appearance? Do our bodies shape who we are — and if they do, are they always perfect vessels for our being? Can they express everything we want to say?

An exhibition at the Knockdown Center in Maspeth poses these questions and others in a series of prints, paintings, sculptures and video. “Read My Lips” is the work of Loren Britton and Kerry Downey, two artists whose work here and previously references a history of “Queer Abstraction,” according to Ashton Cooper, who curated the show and wrote its program notes.

The term, though imperfect, carries within it a broad range of artistic practices in a history spanning decades of feminist and queer work. In this case, it is shorthand for opposing any explicit identity in form — leaving room for many identities open to interpretation. At the same time, every piece in the gallery’s two rooms recalls bodily forms in some way, some more easily discernable than others.

Similarly imperfect, the English language lacks nongendered pronouns for individuals whose identities do not conform to either gender. Both of the artists in this show employ the genderless but not technically ideal pronouns of “they,” “theirs” and “them” to refer to themselves, and these issues of language can be understood as part of larger issues of definition — of meaning, of form — that reverberate through the show. “There’s a lot in the show about how language supports, but also how it is slippery, imperfect, problematic,” said Downey.

However nebulous the imagery in their work might seem, the concepts that guided the artists’ hands had a concrete basis. “The relationship between the paper and the printmaking process is so much about touch and surface,” said Downey. They had wanted to bring their printmaking and video work together in one project, so they began with this idea of skin as a vessel and an interface, but allowed several days of work in the print studio, and 10 video shoots, for the art to take its own direction. “It started a little amorphous,” said Downey.

Amorphous is a perfect description of Britton’s plush sculptures in the back room of the gallery, where Downey’s single-channel video, “Nothing but net,” plays. Britton’s four “a-morphs” are pillowy seats bound in a variety of textiles of different sizes, shapes and colors. Some encapsulate visitors as in an embrace, while others are more readily perched upon than reclined into. “I think of them as being polymorphous in their relationship to the embodiment of the people sitting on them,” said Britton.

They go on to describe their series of paintings — in which one can make out what appear to be fingers and mouths, but not how they should fit together — as “using abstraction as a tool to think about the body but not naming the parts.” In “Two Mouths, Three Fingers” and “Three Mouths, Four Fingers” reference points only raise more questions.

“Abstraction is a way to allow a space of fluidity and to propose a multiplicity of the body without fixing things and for me that gets into a conversation around a genderqueer trans identity as well. It allows a kind of unfixedness of language in relation to an unfixed idea of the body,” said Britton.

Referencing the often blooming or spilling imagery in their video, Downey mentioned that they have been dealing with the idea of flux and flow for a while, which they describe as adhering to the “Feminist Sublime.” “There’s the question of the container of the body being transgressed or opened up,” said Downey. Throughout the video, the imagery often appears literally fluid and evokes a number of biological forms. Downey sometimes appears in the video, at times matching into shapes projected over their body, and at others not. Their voice-over adds an additional layer of flow and form, sometimes meshing with, sometimes disjointed from, the imagery on screen.

“Read My Lips” is an exceptionally sharp and focused exhibition that communicates with its visitors coherently without preaching or abandoning a good-humored perspective. For all its abandonment of explicit form, all of the artwork is imbued with provocative meaning. While the Knockdown Center’s concurrent show, “Portrait of a Man” by Sabine Meier, plumbs the depths of a flawed psyche, “Read My Lips” looks to the plasticity of self through the imperfect body.