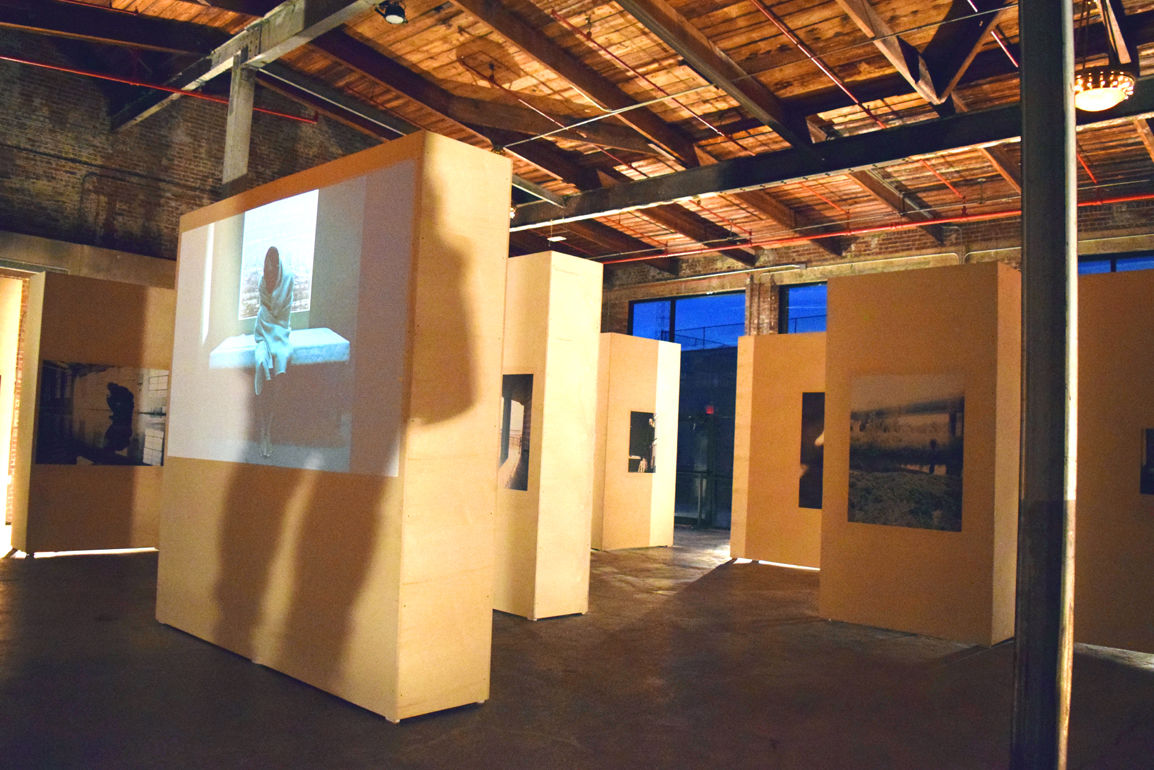 As you walk through “Portrait of a Man,” floodlights cast tall silhouettes throughout the gallery, which echo the grand delusions that inspired Raskolnikov to commit his crime. Visiting in the evening provides the best experience. 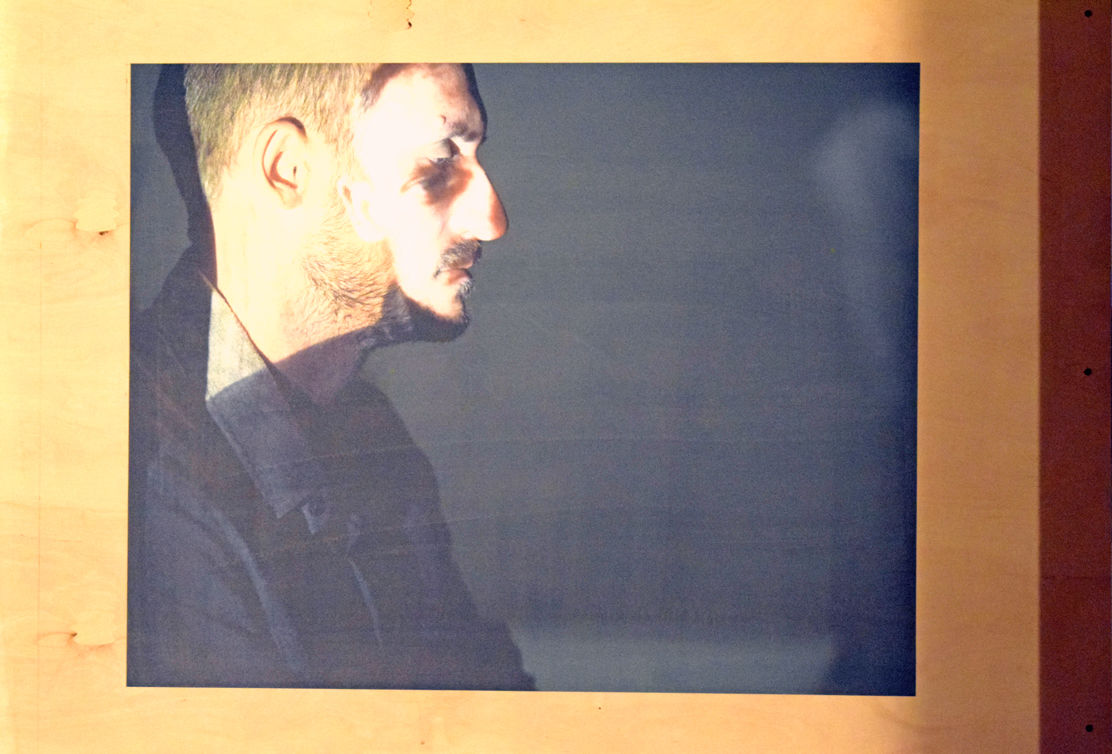 As you walk through “Portrait of a Man,” floodlights cast tall silhouettes throughout the gallery, which echo the grand delusions that inspired Raskolnikov to commit his crime. Visiting in the evening provides the best experience.

It’s a constant droning, heavy and reverberant. Thick and all-consuming, it can be felt in your bones; your skin feels like it’s vibrating. Guilt, and the existential dread that can accompany it, can be agonizing, even when one isn’t conscious of what one is feeling, and Sabine Meier’s “Portrait of a Man” exhibition captures these emotions beautifully in a series of photos — as well as the descent into madness that precipitated the preceding events.

On display at the Knockdown Center in Maspeth, the exhibition is based on the Fyodor Dostoyevsky novel “Crime and Punishment.” A few hundred images were first shown starting at the end of 2014 at the Museum of Modern Art AndrÈ Malraux in Le Havre, France, a major port along the English Channel, but the collection had its origins in New York five years ago.

Here, Meier was first inspired to create the project when she found her muse, Benjamin George Filinson, on the street, and decided that he would make the perfect stand-in for the novel’s protagonist, Rodion Romanovitch Raskolnikov. Meier would find two other models here in New York and eventually shoot some of her material at a nascent Knockdown Center before convincing Filinson to come with her to St. Petersburg, Russia and Le Havre for more photography.

Briefly, the novel follows Raskolnikov, an intelligent but destitute young man in 1860s St. Petersburg. Raskolnikov considers himself to be capable of extraordinary things, and so devises a plan to murder a pawnbroker — his reasoning being that the good he would do would certainly outweigh the immoral act. The novel then follows Raskolnikov as he deals with the psychological and practical consequences of the killing. Meier’s show is not merely an attempt at adaptation, but instead a sort of mental portrait, a profile of a disturbed mind.

The gallery at Knockdown is set up as a labyrinth for the show, with high panels dividing the space into haphazard junctures that force visitors to circle around in order to see every image. Large floodlights fill the enclave that stages the exhibit, and cast tall shadows as visitors move among the images. The silhouettes are sharpest in the evening hours — and visits later in the day are highly encouraged because everything about the exhibit feels heightened. Large-paned windows serve as mirrors with so much light inside, and even reflect some of Meier’s work, such as the fractured multiplication of Raskolnikov’s form in “Le kaleidoscope (The Kaleidoscope)” or “Narcisse (Narcissus),” in which Filinson crouches down to gaze at his reflection in a stagnant puddle.

Throughout the space, heavy-bass speakers project the droning music you feel as well as hear. It begins as something resembling a church bell’s tone, but never fades, instead amplifying into an electric, penetrative buzz. The music certainly suits the bleak environs that “Raskolnikov” finds himself in in Meier’s photos — often industrial storage basements or abandoned shipping facilities. This exhibit presents a desolate but fascinating world based on a delusional mind with a warped moral compass, and the dedication that Meier and Filinson have imbued the photographs with is clearly apparent.